With CDPR hiring modders lately to work on their recent releases, here’s five great mods from their community to try out.

CDPR has hired several notable and hard-working modders from their community, proving once again that pursuing your passions is a solid way to break into the industry. To commend the move and congratulate CDPR’s active modding community, here’s five brilliant mods for their Witcher series of games to check out!

Rise of the White Wolf

Whilst Witcher 2 and 3 were a big step-up in terms of both visuals and gameplay, the original entry by CDPR is unfortunately the one big outlier in both departments. This mod, however, rectifies some of this disparity with vast graphical overhauls of practically every interface in the game, a new set of custom skyboxes to make environments that much more vibrant, and new textures for many, many characters. Witcher 1’s gameplay may still be a bit clumsy, but this graphical overhaul gives you a much more immersive look into the great story that started off the trilogy.

Thus far, The Witcher 3: Wild Hunt has been the last entry in the series, and the Blood and Wine expansion is its most recent in its story. Whilst both do a good job at wrapping up many of the plot threads implied throughout the trilogy, Geralt’s romance options and the ultimate fate of his love life remains up in the air. This mod goes with Geralt’s broadly canonical love interest - Yennefer - and using Witcher 3 assets, creates an epilogue within Witcher 2’s engine. With the return of many iconic characters and new combat setpieces, this mod is a great send-off to Geralt’s character.

And a Curse, and Love, and Betrayal 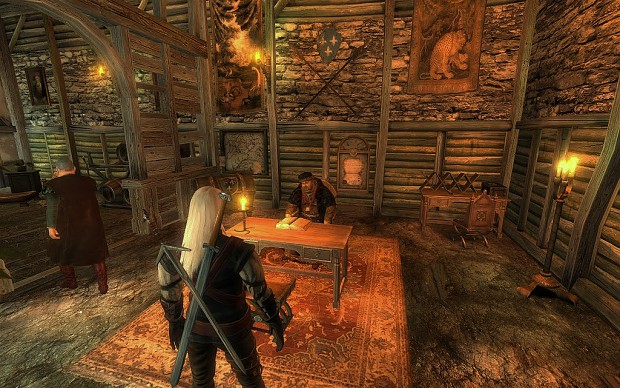 A truly huge fan-made story, this mod’s content is rich with multiple story paths, multiple endings, over a hundred interactable NPCs, new music, and more. The new environments and story content are exceptionally creative, and coming from a mod released pre-Witcher 2, the expansion-level additions are remarkable. This mod holds up really well for anyone who wants to revisit the roots of the franchise, though unlike some of the other mods on this list, it doesn’t fit in quite so well with the later developed chronology of the games. 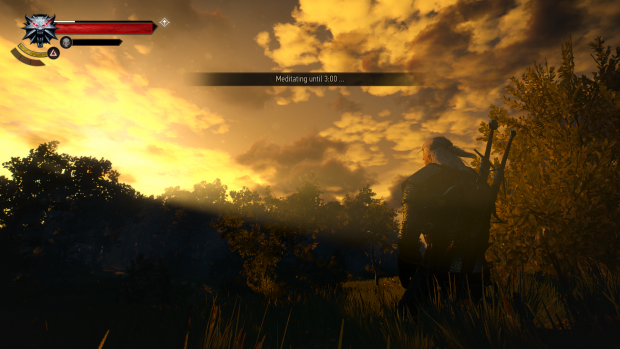 The Witcher 3 is a critically acclaimed game, with a deep story, fantastic visuals, and reasonably solid gameplay. That being said, the latter is the sticking point for many people, who feel its gameplay still doesn’t quite match up to the rest on offer. This mod aims to revise the gameplay loop, beginning as a small personal retooling, and expanding into a total revamp. With new inventory systems, the removal of the EXP levelling system in favour of a skill-based level schema, and even new attacks that can be unlocked through practise, the mod brings a fresh take forwards on The Witcher 3’s gameplay. 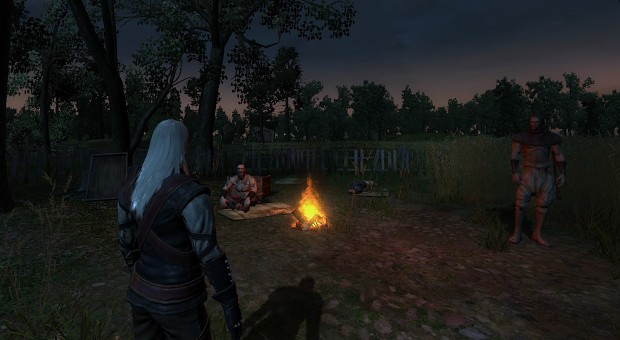 Another quest expansion for the first Witcher game, Masquerade is also the most recently updated on this list, showing the Witcher’s modding communities are still very much alive and well. Putting you in the midst of a detective adventure, Geralt confronts familiar monsters and new characters in a quest pack that pays deliberate homage to film noir. Another solid addon to Witcher 1, and a good reason to play the roughest of the trilogy’s offerings.

The creators of two essential modding tools for Cyberpunk 2077 - Wolvenkit and Redscript - and who have history in the Witcher modding scene, have just been hired by CD Projekt Red to work more closely on fixes for Cyberpunk 2077, as well as more in-depth content creation powered by their community. This comes not long after CDPR’s statement that they felt the game was at an acceptable level of stability in regards to bug fixes and glitches, though players are still awaiting further changes after some new cosmetics and a new car were added to the game. 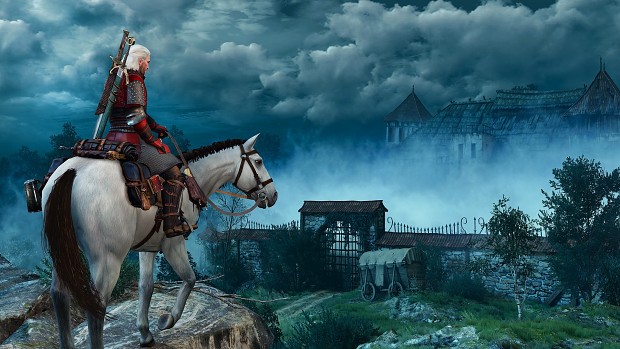 The Witcher 3 is a game whose visuals were practically unmatched
for the time, and hold up remarkably well today.

Yigsoft - the name for the team of individuals responsible for both tools - will continue operating independently for the time being, though, it is assumed, with official support from CDPR on development of new tools for the wider community to make use of. In addition, with further patches planned to the game and free DLC content packs making their way into the release build, Yigsoft may play a part in bringing features to the main game, not just facilitating additions to the game by the modding community. 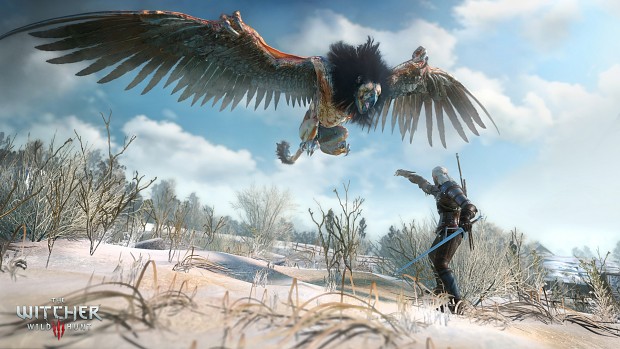 Given Geralt’s profession, monster hunting is abundant, and on harder
difficulties, careful preparation is necessary before any challenging encounter.

The Right Move At The Right Time

Cyberpunk 2077’s modding community was predicated on a difficult launch for the game. Whilst social media initially blew up regarding hilarious bugs and glitches, the novelty wore off, and many players were left disappointed in the released product. Since then, CDPR has been releasing regular and substantial patches to the game, aiming to fix issues regarding stability in the game to as great an extent as possible. This hire reaffirms their promises to the community to fix up Cyberpunk, and is a good move from a company whose modders have greatly improved their products over the years. Showing recognition to community creators is always a great thing, and confirms that a little bit of passion goes a long way.

(You can also check out Witcher 1 here, and Witcher 2 here)

On the horizon is another big update for Witcher 3 with content focused on the newly-released Netflix show, and meanwhile, CDPR has stated they’re still working on multiplayer support for Cyberpunk. How mods will factor in at this time is unknown, but it's safe to say some patching will be necessary.

so they can't hire developers anymore since the dumpster fire Cyberpunk has left a rotten stench in the premises, not saying they are getting desperate enough to hire modders but it is what it exactly looks like.

also I expect to get down voted here by loyalist shills but I have spoken what is written on the wall, they lied to us, sold us an unfinished and awful product that can't even be considered a reasonable mod.

and now their PR is ruined, no one wants to work with a company that shoves an incomplete product out the window and puts all the weight on the devs to make it work for them, its a good thing to finally see the company and not the devs take the fall for once.

I'm not sure, I'd like to agree with you but I don't think that's it if at all, the reason they hired a modder is simply because.

Valve's only "original" game would be Half-Life, which is left abandoned in favour of Counter Strike and Quake, which generates much more money and active players.

Other than that, you should be proud that a modder got some recognition for his work, after all it's not as common as you may think, game developers would just prefer to hire Veterans and there's plenty already.
Company reputation is meaningless because one can hate the game's gameplay and blame the devs, but love the graphics all thanks to the graphics developers of the game.

What a salty troglodyte, LMAO. Does your reasoning of ruined PR apply to every game studio? If your reasoning actually worked, then EA would have no one working for them whatsoever, like, at all.

EA has profit in mind and they protect the interests of their investors and ensure a game never comes out if its a mess.

sure they will make lame games and ruin game studios after buying them out but if any game is a buggy mess and is gonna end up flopping despite all the hype, they pull it off the shelves and remove its existence to save their investors and their own PR.

Remember one thing, EA never lies about its games.
EA is an Honest Evil.

CDPR on the otherhand outright lied about every single thing and is still lying to this day, they keep denying the truth.

its truly astounding how an hard working company hides behind lies now to hide their bad development and decisions.

I played only those listed that are for the first game and they are pretty good. Must check out the "epilogue" one, though.

Also, a nitpick: you don't need to put 1 after "Witcher" to implicate the first game of the series; the word alone is enough. I see this becoming more and more widespread in the recent years, and even with editors.

As for the situation with the CDPR as of lately, especially regarding that "hire modders" move? No comment.

I think it is helpful to be explicit that I'm referring to the first game, not the franchise, not the show, and not any other spin-off material that may or may not be entitled simply "The Witcher". Context might answer some of these but I don't think it's a problem to be explicit about what I'm talking about. The reason people do it is probably because at some point someone went "wait, what game/media are you talking about?" It's the same reason some people say DOOM 1 instead of DOOM, because DOOM could be DOOM (1993) or DOOM (2016).

Many professional studios have hired modders - Valve is a notable example. Recognising the pool of hobbyist developers who are already experienced with your framework for what they are - potentially very valuable additions to your own staff - is a good move. Moreover, it will encourage more modding, which will enhance your pool of potential hires even further, and so on. Meanwhile, the modders involved who are now getting paid a salary to do what they did for free benefit too. Hiring modders is good for everyone, and especially the modding community.

Maybe it's helpful, but I always believed that editors resort to established linguistic conventions - and those of English says that you do not add 1 after the word for something that's first in the series. And to follow the presented logic on DOOM - that game was released with exactly that title, not with 1 added to it.

And a Curse, and Love, and Betrayal The Witcher

Farewell of the White Wolf The Witcher 2: Assassins of Kings

The Rise of the White Wolf Enhanced Edition The Witcher