2009 saw many new Indies to arrive on the ModDB turf and many updates for those who are getting close to release, to be nominated for an award in Best Upcoming Indie projects need to have been updated significantly during 2009 and have not released (obviously). Here are the Editors of ModDB's top selection of 2009. 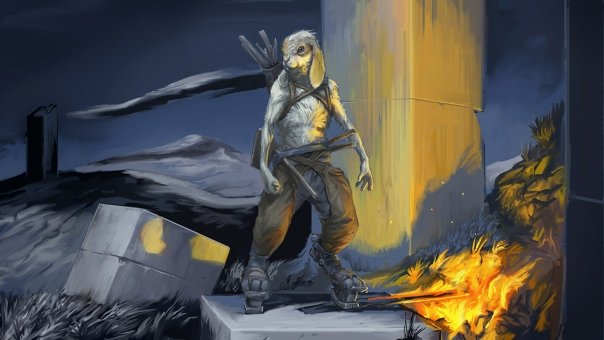 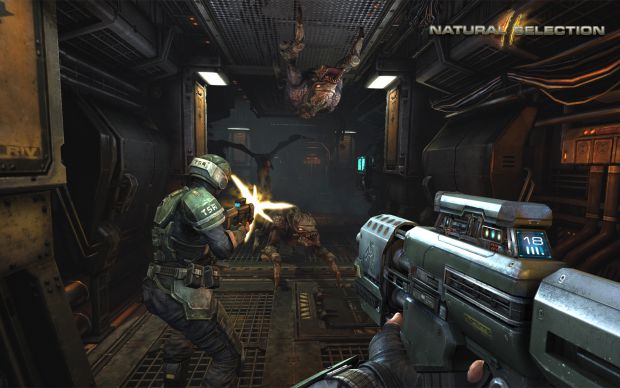 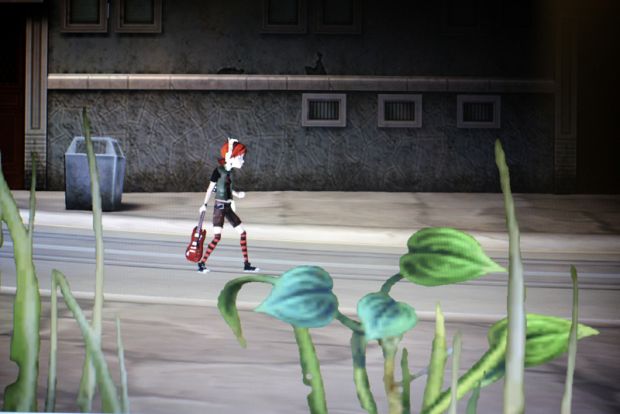 Encore!
21st Century side scrolling. Musicians are warriors here! San Francisco is on the verge of being invaded by mysterious creatures. The city has become darker, quieter, and gloomier. The story is told through a group of musicians who have learned the ways of super natural powers from the use of music. 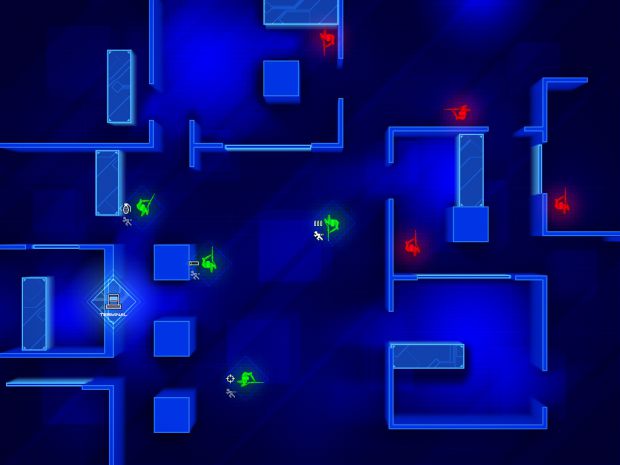 Frozen Synapse
You've patched in to the enemy's security system: get ready to make your plan. Frozen Synapse is the ultimate strategy game: you have full control over your strike team, directing their every movement. At the same time, your opponent is plotting to defeat you. Plan your moves, then hit the "Execute" button. 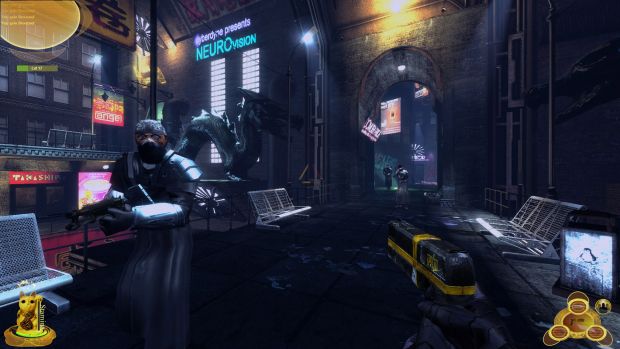 E.Y.E
A dark and mysterious universe (inspired by Blade Runner, Ghost in the shell and Warhammer 40K) for hours of original gameplay thanks to 10 physical and psychic skills, 14 cybernetic and upgradable implants, along with an integrated R&D system, all serving a delicate scenario where conspiracy, horror and treason rule. Based on the RPG "AVA".

I'd say either E.Y.E or Natural Selection 2, both sound original and interesting to me.

Agreed. Overgrowth would be a great nominee but I haven't seen any in-game videos or any gameplay mechanics demonstrated in videos - just terrain and physics. Natural Selection 2 looks totally awesome and am getting it whether it wins or not, but EYE looks like a potential winner as well.

Where are the in-game video's of Natural Selection 2? I haven't seen any yet.

And I've seen plenty for Overgrowth, there's no gameplay in them, but there's definitely in-game video's.

I agree, overgrowth might have an own engine and stuff, but I still have no clue what that game is about? (For sure I know it's a beat em up, but I haven't seen any of those yet)
For me, EYE and Frozen Synapse will be the best indie games for this year, EYE is already a sure-buy for me.

Editors choice seem to be mostly awarding mods that have decent content that deal good amounts of PR and this is just the 'Best Upcoming' so Overgrowth has a rightful place just like any of the others.

If you want Overgrowth's gameplay mechanics it's in Lugaru pretty much. Imagine that but sharpened up, that's what the aim is.

Nice, Primal Carnage was not even a nominee. Congrats to everyone but I don't even recall seeing E.Y.E or Encore! in the top 100?

That is the players choice, it has nothing to do with the Editors Choice awards.

Well again, E.Y.E is a mod on the source engine it's not a indie title. In any case, I was not expecting to even make the top 100 since we joined moddb the last 2 weeks of the contest ending. But within those two weeks, we put out more content then most here. Seems strange to me, I'm not complaining as everyone listed as a nominee has fantastic work I'm just a bit confused and have a good idea on where this contest is going.

Actually E.Y.E is a game on the Source engine, just like Zeno Clash and Dark Messiah of Might and Magic were, the line is thin, but the main difference is that it's stand-alone and costs money as opposed to mods being free and required the game they are modding.

Fair enough, thanks for letting me know. E.Y.E does indeed looks good!

I love when i see news from "E.Y.E" but i think "Natural selection 2" wins since its somehow a classic.

Yeah, I'd rather like to see some actual gameplay. Web comics, tools and articles are good, but this is meant to being a *game* being developed...

Yep, I know, but that depends on the developement stage.

Writing a blog post everyday, having always time to talk, releasing an alpha every week (for preorders)... that's why I think they deserve this prize.

Congrats to all the mods nominated!

They all look great but Encore looks potentially fantastic.

Interesting, know all those 5 titles!
Overgrowth: Who browsing ModDB doesn't know about this? The developers do amazing things, the way it's looking I expect great things from this one.

Natural Selection 2: Never played the original, so all the hype for me is less clear, they seem to do as much amazing work as Overgrowth does, but the game itself doesn't have my interest, overall it's a strong competitor for all the indies on there.

Encore: At first seemed interesting an idea but I didn't like the execution shown in all the media, so I never bothered to try that demo or whatever they released a few months ago. It has an original idea though which is great.

Frozen Synapse: Unexpected to see here, but it definitely seemed like an interesting game, it has a great "look" going for it which is what got me interested in following their development a little.

E.Y.E: When I first saw a/the trailer of it I was amazed, it looked quite good and interesting, it's still surprising to see it here considering it didn't seem to get updated alot(although I happened to not be tracking this game for some reason.)

I'd say all of these deserve to be here, so congratulations to all the developers and enjoy being in the spotlight, all of these could win this award, but I'm hoping for Overgrowth since that's the game that's interesting me the most, unique and high quality with hopefully a lot of care being put into the gameplay as well, at the very least they seem to heavily support modding which is also another reason to root for them.

Natural Selection is the best upcoming title, even though Overgrwoth made most of the progress this year.

Natural Selection 2 cause it looks and feels The Best I also love overgrowths team updates.

Overgrowth wins this for me, But its not what I say, Up to the editors, good luck to the developers of the titles, and good luck for the editors.. Hard choice.

Although for a game Id actually want to play, Id pick NS2. For a true indie game, Encore's concept is brilliant and quite original.

Overgrowth deserves it, Natural Selection 2 will be an outstanding title though.

Overgrowth is one of my favorites, but I think that it will not win because it still don´t have any in-game video. So Encore!, Natural Section and E.Y.E. have a big chance to win.

It should be quite tough to pick the best between games you can barely play, so these awards seems quite useless to me, even more considering that I plan to pick up all of these when they are released.

you could look at it like this, free publicity for these games! And it will serve as motivation for the developers that their games got nominated.

I'd say E.Y.E. or NS2. Overgrowth, Encore, and Frozen Synapse just don't have enough media/playability to know if they'll be good nearly as good as the two I listed. You know NS2 is going to be fun because it uses the NS1 tried and true model which was TONS of fun and E.Y.E. just looks badass.

Congratulations Overgrowth!
You guys earned it, keep it up!

Sorry but I cannot believe editors choice was Overgrowth. You have all these awesome looking polished games showing actual gameplay and you pick the game that has only ever showed ragdoll on different terrains.

Where is the game in this? I know the guy said its gonna be an action game or something but after all this time all we see is him playing around with engine physics and the same 3 or 4 models. Ok so he has terrain, a rabbit and a house on a hill.

Unless I am mistaken, all of these games are scheduled to release in 2010 - and OG is the editors pick. Remember also that this is best *upcoming*

Probably the best upcoming failure in my opinion. I have been looking at overgrowth for quite a while now and well to be frank, I havent seen much progression at all. I have seen: raggdoll, terrain, more raggdoll and a pink beard..! I liked it at first but I really have turned my cape on this one. I would be mad if I was - editor.

Lugaru was a popular independent title by the same team, if you want an idea of what OG will be like look at their first title and then see the progression they have made from there.

Good comment since it covers also my opinion. I've seen teams which are nearly one man shows producing more progress than this team... and that's a sign of something going wrong. A team should be able to get more done than one or two man shows.

Overgrowth didn't deserve it, the devs troll people, the game has barley any in-game media, the art sucks, and the only people who like it are either furfags or greenpeace freaks.
Rate me down please.

"Rate me down please."
Your wish is my command.

You obviously have no idea what you are talking about, if you read any of the dev blogs that they post on the front page quite frequently maybe you wouldn't be such an ignorant fool.

You mean the "non-news" posts? I haven't seen a larger non-news to news ratio in any other project so far.

Of course, devs should praise all the dumb people over the internet...

No they shouldn't, but a wise saying I've seen around on the internet goes:
"If you don't have anything good to say, then don't say anything at all"

I'm a mod developer myself and you'll rarely find me saying something is crap without any good constructive critiscm indicating why and what could be done better. Constructive critism is a whole lot better than just bluntly stating your "opinions".

I don't know what the Overgrowth devs have said to be labeled "Trolls" but that's hardly got anything to do with deserving this award regardless.

Your opinion is that, you don't need to trash talk a game. I think Overgrowth looks fantastic, the Dev's are extremely nice from what I've seen/heard and they constantly update their engine. I also think the artwork they do also looks awesome, you don't need to act like a ****.

ye i think OG totally deserver it (stfu headcrusher), ive been watching developement from the begining and even without trying the actual modding tools i can see its so cool ****!

all of them were great nominees, but this time (IMO) best one won!

Mind enlightening us as to what you think is so cool about it? From what you have seen so far in their media, what are you excited for?

I ask because I cant find a single redeeming quality or trace of gameplay in it, just empty promises.

Let us know how it is in 5 years when it comes out.