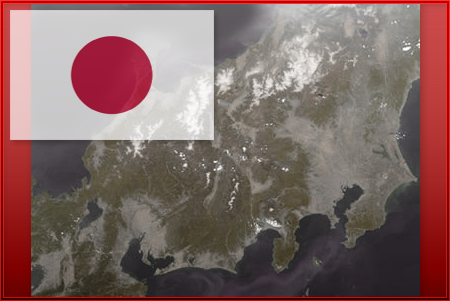 Formerly known as the Empire of Japan, this nation was defeated by the USA navy in the last Great War and occupied by American forces for at least 3 years until the Dead Zone incident.

A nation that came up with the idea of the Greater East Asia Co-Prosperity Sphere its ambitions to take over China came to nothing in the face of overwhelming heavy tank fire which the nation had acquired from Stalin in the months before The Great War.

After suffering a humiliating defeat against allied navy superiority it seemed that Japan would become a allied puppet state when in a surprise move the mainland Chinese forces occupied Japan and drove off the allied forces.

Known in western circles as the moment of a "shattered alliance" China would form a permanent alliance with Japan forming the core of the PRA.

The nation of Japan now provides the scientific breakthroughs in out of place artefacts alongside strict military doctrines which are adopted across all branches of the PRA.

Interesting. Also I see what you did there.

I don't. What have he done?

Hint: It has to do with the name of the mod.

I feel something. But I guess I'm not enough involved to see it cleanly.

Wait if the Japanese still have an imperial mindset and culture, wouldn't that mean that they think of their Chinese (and other racial groups) as inferior to that of their own which would cause political and social problems between nationalists and a modified socialist system. It just feels weird to have a "friendly" relationship after First and Second Sino-Japanese Wars (especially when the Chinese victory of Second Sino-Japanese War correlates to the original WW2 timeline). Also Japanese war crimes such Nanking Massacre would be brought about to the now PRA (which is comprised of the groups of people it once persecuted especially Chinese, Korean and other East Asian groups) yet the Japanese civilian and it's imperial government won't be punished? It's just weird for the PRA to be so forgiving.

Interesting feedback. When Japan invaded China in WW2 it pretty much had superiority in technology and weapons, etc.

However in AGSA interpretation of RA1 the invasion of China failed miserably when landing on a country fortified with soviet equipment (It would be like WW2 Japan invading Russia with T-34 and IS tanks waiting for them) so massacres such as Nanking etc would have not occurred.

Think of it like how Italy pretty much failed in its conquest ambitions during WW2. Also USA was a lot more aggressive in this timeline.

A lot of internal conflict still exists in PRA empire, mostly a feudal, tribal type system but when faced with extreme adversity the groups have banded together.

With a united Europe and much of Russia conquered alongside cybernetic creations from middle east and constant time quakes and what not disasters its a necessary means of survival.

In terms of PRA identity - the idea of nationalism has sort of faded away. Most people are struggling to survive and live in underground complexes (hence the breathing equipment featured in PRA infantry)

In comparison the ESDF are fiercely nationalist, even to the point of ironically being fascist.

Most of the imperial mindset and culture is in regards to comradeship, honour and other such noble aspects which are enshrined in idealised Hollywood scenarios I suppose and books.