VIDE stands for Vectorized Image Deformation Engine, and is a powerful bone-based 2D image and vector art animation engine. It is written entirely in Haxe/NME, and so is available on many platforms. While released, the engine will remain proprietary until Fancy Fish Games has made their first game using it and fixed all the kinks. You can learn more about the technology behind VIDE on my blog here: David.fancyfishgames.com

If you're interested in VIDE, or want to try it out and help beta test it, feel free to contact me!

You can also see some sample animations in vide here:

ADventure Lib has been released to the wild, wild web! It's making some people laugh, and others face-palm, but the consensus seems to be that people want more! Well, I'm not surprised... 20 minutes of AdLibs is better than 10 minutes of AdLibs... 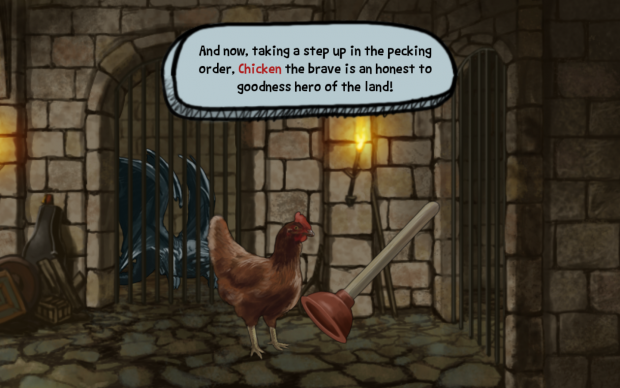 So, the good news is that we have written an outline for a second, longer, campaign to the game, which we plan to release as a free update around the end of this year. We'll also be adding a campaign editor that will allow players to create and share their own campaigns to the game (and share them via Steam Workshop). I will be posting more announcements about this as it gets closer to completion! 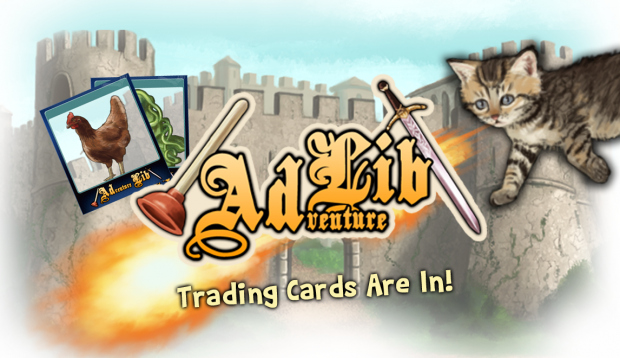 Last, but certainly not least, we have added trading cards to the game! Play the game to collect them, swap them around with your friends to get all sorts of wacky combinations! 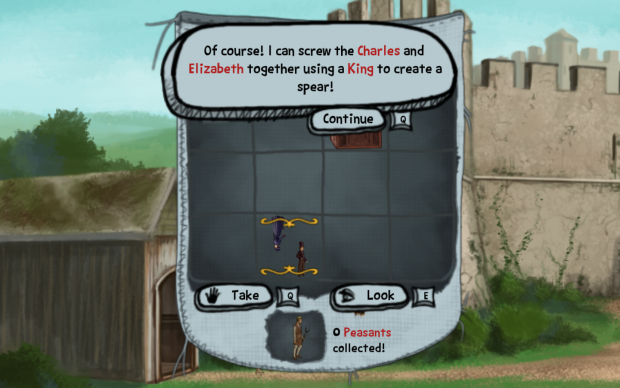 Charles, Elizabeth and a King! What are the chances?

We are Greenlit and Voice Acting is in!

ADventureLib has been greenlit and a Steam release date has been set - prepare for craziness!

ADventure Lib could have been a respectable adventure game, except that it is totally wacky, randomized and full of terrible puns! When everything gets...

Aura is a girl with questions. Her small world is surrounded by an impassible space-time barrier, and she wants to know why. What is beyond the barrier?...

The first 1/3 of the game is complete, we have made our first official trailer, and we successfully submitted Havencall to IndieCade!

Let the adventure begin! Play as Aura, a strange girl who dreams of a world beyond her own - of the place where she truly belongs. Setting out to find...

The shuffle button has been hit. All the objects and characters have been mixed up! Randomness threatens to overrun the kingdom, and nothing is what it...

Upgrade your mecha and those of your partners and protect the human colonies against the creatures of Shay, a burning sands world.

Hello, i am a newbie in game development and my friend suggest me to start make a 2D game so that's why i found a page about VIDE, and i think this engine is match what i need. After reading the engine description and i have some questions:

1. Do VIDE is like other engine? Like Source engine, where you have to make a level, then compile it before you can play it or it have WYSIWYG kind of editor?

2. Or is it more toward animation only, where you just make animation and export it to another tools to compile it, so it can be playable?

3. Does VIDE have vector editor utility too?

4. How to license VIDE? Is it expensive to license?

Sorry for bothering you with these questions. And i hope you will have time to answering my questions. Thanks before

Mod SDK & Community
Built a game for VIDE and want to support mods? Try mod.io, a cross-platform mod SDK created by Mod DB which makes it easy to get a mod community up and running in-game. Currently seeking games to integrate and promote