This engine in specialized in turn-based dungeon crawler. All the gameplay is described in xml and the game engine make the least assumption about the gameplay. you can specifiy : - items (weapons), powers, actions - monsters, activables (traps, doors, chests etc...) - behaviors (IA) - UI (canvas, button, slot, text, pictures) - Dungeons (Levels and Tiles) - Effects (Lots of them) - Packages (races, classes ...) You should probably start by trying to mod 1Quest (the first game build with it) The licence is not defined yet, but it should be free for non commercial use.

The android version is planed to be played like on a portable console, with both hands. 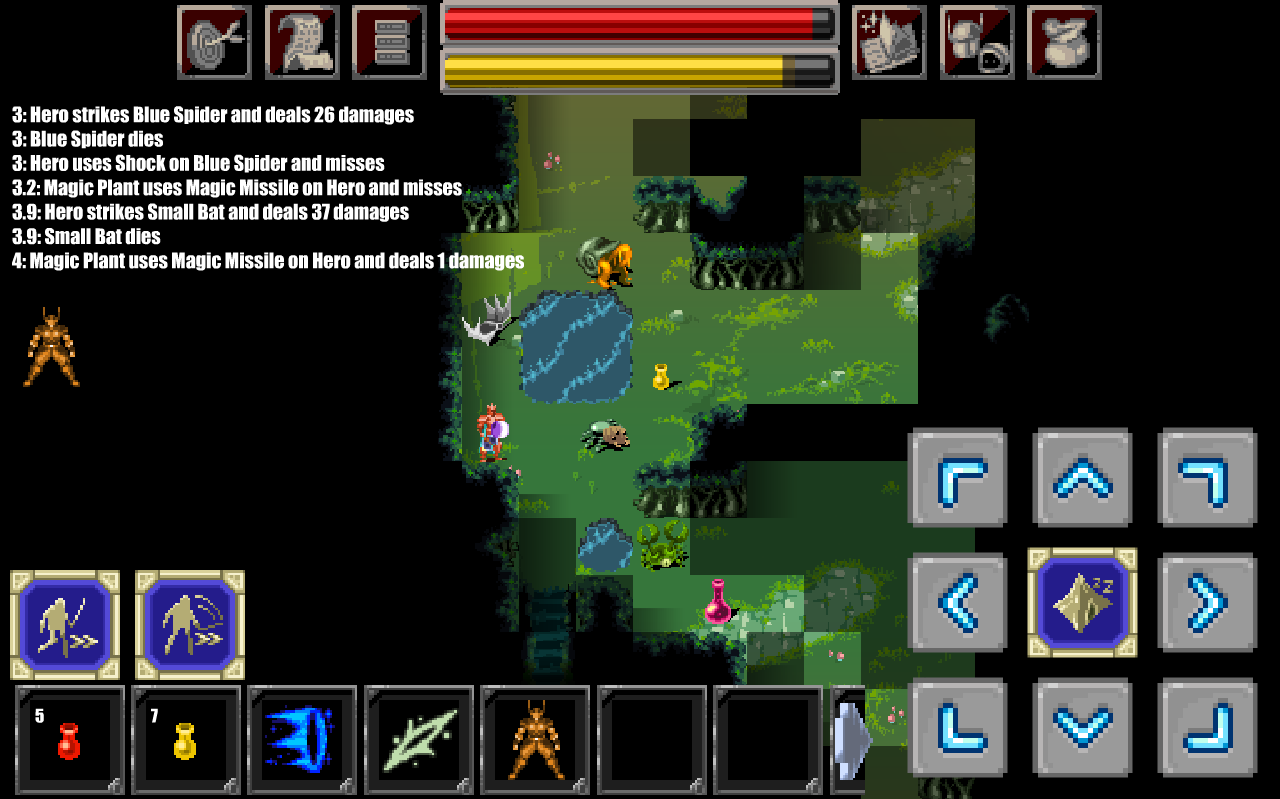 You can get it at: Play.google.com

Along with the Android version, a new game mode as appeared: the tower of chaos.

It is an unlimited mode with permadeath. Items are uncapped and can have bonus beyond the maximum in the upper level of the tower.

Some news denizens have appeared. Fear the four mythic beasts that guard the magical altars in the Tower of Chaos. Can you kill them all? Or do you prefer to sneak them and run to the portal that lead to the next floor?

When you create a new adventurer, you have to choose a race and a class (very orginal, I know).There is 4 classes available at start. But after that...

Using a World Map in a Roguelike is pretty unusual. But fear not, It is mainly to add some macro choice for your character development.

1Quest is a retro roguelike, where you control a young adventurer who pursues an evil blood cult, after they abducts several children, including the princess...

Mod SDK & Community
Built a game for RNG Roguelike SDK and want to support mods? Try mod.io, a cross-platform mod SDK created by Mod DB which makes it easy to get a mod community up and running in-game. Currently seeking games to integrate and promote