FIFE stands for Flexible Isometric Free Engine and is a cross platform game creation framework. It provides you with the ability to create a game using Python interfaces. This means you need to have little to no knowledge of C++ to make a game! Don't want to use Python? That's okay because FIFE also comes as a DLL or static library so you can also use C++! We tried to make FIFE as flexible as possible so it is not tied to any genre in specific. You can make just about any 2D game with FIFE but it is more geared toward a RTS or RPG in just about any view style (isometric or top-down). 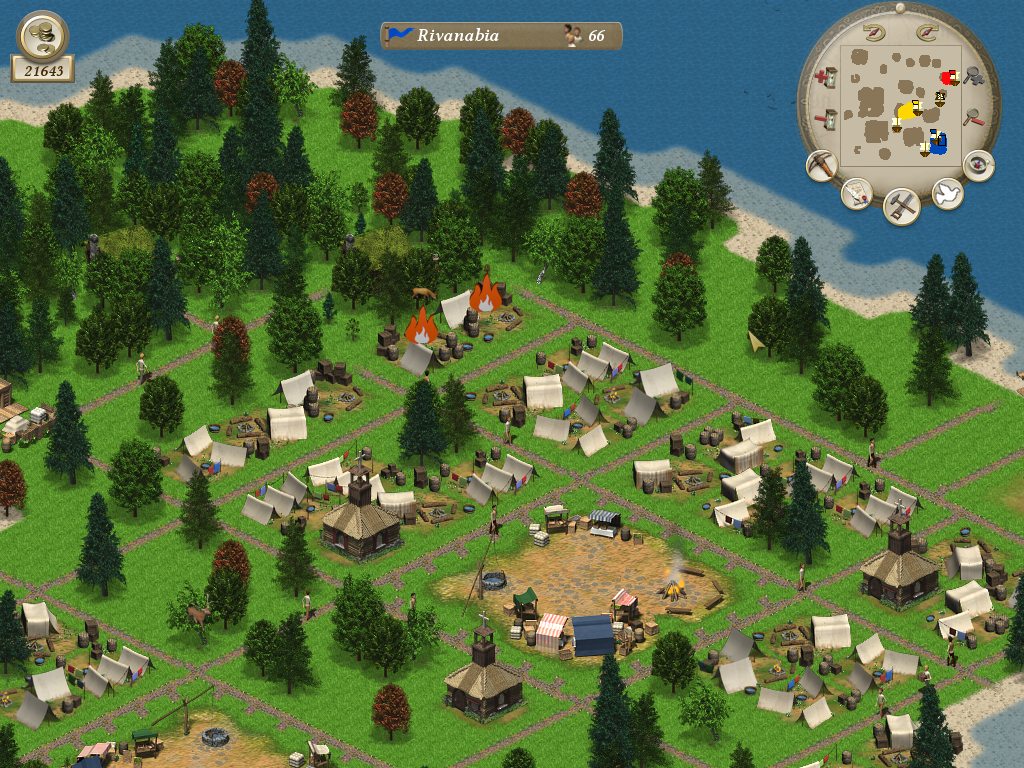 Over the last years, Unknown Horizons has taken big steps towards evolving to a full

-fledged game, amongst the implemented features are major milestones such as AI, combat, multiplayer and many more.

However despite the big number of people having contributed, there remain some areas that still provide interesting tasks for people with an artistic and creative spirit as well as people with a good feel for (game) design. Since the base code is now extensive and stable in many respects, it is easy to add content, which is the crux of every nice game.

Scenario writing
One area we'd like to highlight in this first part is our scenario and campaign system. The foundations forit have been implemented and are well tested, but surprisingly we currently do lack the stories to tell!

Scenarios can contain many aspects or also just be a simple sequence of events. A sample scenario could consist of a random map and a few ships, where the player has to reach five subsequent goals, receiving a nice reward for each one of them. Full-fledged campaigns employing multiple scenarios are also a possibility we don't want let go unmentioned here ;)The content can involve actual historical context, or be derived from myths or tales, or even tell the story of a character you just made up. The storytelling currently would focus on text, which might be the easiest mode to get started. Integrating images is also already possible; everything else can be added on request.

Technical details are for techies to worry about, the team will certainly not allow for a nice scenario idea to get dropped due to such problems. Just care for the writing and design of the scenario; we willguarantee that it gets translated into the required format in a timely fashion. This certainly does not mean that you're not supposed to hack around in the existing systems, but you should in no way have to touch it if you don't feel like it.

So if you are into creative writing, we'd be very happy to hear from you. In case you know someone who'd be interested in these kinds of things or perhaps online communities revolving around such matters, please feel free to do some networking :).

See you soon
Over the next weeks, we will pick currently open areas and describe them in more detail on our blog. That hopefully makes it easier for you to see where you can apply your talents for Unknown Horizons.
Cheers,The Unknown Horizons Team

Hello IndieDB, nice being with you! We come in peace and bring news of our latest release, which brings a complete Settlement builder AI, new content...

Unknown Horizons is a 2D realtime strategy simulation with an emphasis on economy and city building. Expand your small settlement to a strong and wealthy...

Mod SDK & Community
Built a game for Flexible Isometric Free Engine and want to support mods? Try mod.io, a cross-platform mod SDK created by Mod DB which makes it easy to get a mod community up and running in-game. Currently seeking games to integrate and promote