This mod aims to recreate the world of the undead as envisioned by the father of zombie movies, George Romero. The Romero zombies are the classic slow shambling zombies who only want to eat your flesh. They are very persistent and the only way to kill them is by destroying the brain or causing severe damage to the head. The living dead series by George Romero is known for the atmosphere of dread, where even though zombies are slow and weak, they eventually catch up to the humans who end up going against each other due to their personal desires. Modern Fast Zombies have also been added as another choice for gamers to use. I believe that giving gamers the ability to choose how they want to experience a game is the best way to make them happy.

1. Slow Classic Romero Zombies, Modern Fast Zombies, Default Zombies - you can now choose whether your game will be inhabited by slow Romero zombies or fast modern zombies! Additionally, you can also choose to use the Default zombie settings.

2. Vehicles: Enable/Disable Zombie Collision Damage - you can now disable or enable vehicular damage when you run over zombies. Fulfill your road rage fantasies by driving near invincible vehicles!

3. More, Less Zombie Population - you can now set the game to have more zombies to resemble a more apocalyptic vision, or you can choose to have less zombies if you wish to explore undisturbed. You'll see lots of zombies the louder the noise you make!

5. Optional Extra Outposts - if you use the 18-MoreOutposts.zip file, home bases will have the ability to store increased supplies as well as create more outposts than usual! This is good if you want to "conquer" territories from zombies.

6. Deadlight - do you want to attract lots of zombies but you've already run out of bullets and things that can make loud noises? No problem! Your flashlight has been converted into a "Deadlight"! Simply turn it on/off repeatedly and zombies will start shambling towards your location! It's fun to use to cause other survivors trouble as you hide in a safe place!

7. Weak Vehicles - are you tired of abusing vehicles as tools of zombie extermination? Use this feature if you want a little more challenge! Vehicles will get easily damaged if you use them to crush zombies frequently. The big group of zombies might not seem so tempting to run over anymore!

8. Classic Dread Mode - custom settings recreating the classic George Romero feeling of dread. Zombies are slow and tougher to kill, using the flashlight will attract zombies, firing your guns will attract lots zombies, it only takes one bite or two claw attacks from zombies to put you in critical condition, and vehicles are easily destroyed.

9. Modern Dread Mode - custom settings for a modern version of the zombie apocalypse. Zombies are fast and tougher to kill, using the flashlight will attract zombies, firing your guns will attract lots zombies, it only takes one bite or two claw attacks from zombies to put you in critical condition, and vehicles are easily destroyed.

10. Normal Dread Mode - custom settings using the default State of Decay vision of a zombie apocalypse. You will encounter both slow and fast zombies that are tougher to kill, using the flashlight will attract zombies, firing your guns will attract lots of zombies, it only takes one bite or two claw attacks from zombies to put you in critical condition, and vehicles are easily destroyed.

12. Hell Mode Versions - the Classic, Modern, and Normal modes now have Hell Mode versions. In Hell Mode, zombie attacks are fatal, vehicles are weak, and there are even more zombies than usual! Fortunately, your weapons are very durable and you'll be able to use whatever weapon to fight off the almost impossible odds. Hell Mode doesn't use Loud Firearms nor Deadlight, so firing your guns will function normally. Hell Mode doesn't need those to create an atmosphere of despair. There is almost no hope for survival.

13. Fatal Attacks - were zombie bites and scratches non-threatening to you? Use the Fatal Attacks feature if you want each zombie encounter to have a potentially deadly consequence! One bite will put you in critical condition, while two scratches from them will be enough to put you down!

14. Loud Firearms - use this feature if you want each decision to fire your gun really have importance. One shot is enough to alert and attract zombies from a wide area, just like in the Romero movies!

15. Fulci Vision - named after Lucio Fulci, considered to be the "Godfather of Gore", Fulci Vision removes the red tint that covers the entire screen when somebody is dying a horrible death. You can now see the brutality of someone dying as they get torn apart by zombies!

16. Durable Free Weapons - have you ever wondered why in the world your character can't take a weapon from the safe when your friends are being attacked just because you ran out of influence? Worry no more! With the Durable Free Weapons feature, all weapons don't cost influence to take anymore! Melee weapons' durability has also been boosted to last 10 times longer than usual!

17. Free Fast Service - asking your friends for help over the radio shouldn't cost you anything, especially since you're actually helping them gather supplies and kill zombies! With the Free Fast Service feature, your friends become real friends and they don't charge you anything for the radio service. You can also quickly build facilities at home!

18. Easy Skills - leveling up skills can be so tedious. It's even more frustrating once the character you have taken care of gets torn apart by a Feral in a few seconds! With Easy Skills, leveling up your abilities will be very easy! Just perform them once or twice and you'll max them up!

19. More Rewards - sometimes, you feel like you aren't being appreciated properly by your friends despite risking your life to get some food for them. Worry no more! With the More Rewards feature, the rewards that you get from side missions will be greater than usual! You won't have to worry about influence anymore! 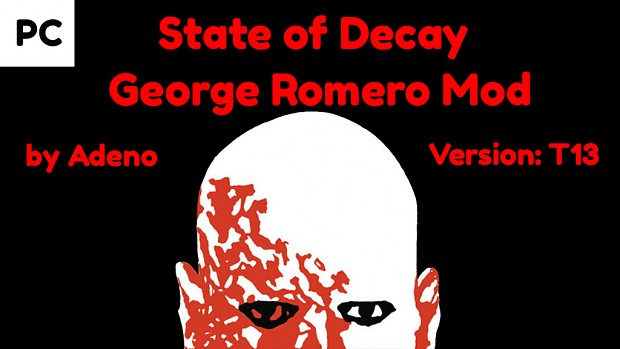 I had two questions I asked before but maybe just got lost between versions. Someone posted awhile back saying deadlight would just "spawn" more zombies near by instead of actually "attracting" them. Is this still the case or does it actually pull zombies closer to you? Same question for the loud firearms, although I think the firearms work as intended because I think it was a core mechanic in the game.

Deadlight sends an "echo" that zombies hear, so they only get attracted. What triggers the spawn is if you use guns to kill zombies. The zombies spawn a lot faster, creating an illusion that there's an endless amount.

The game has a few ways of spawning zombies. The first is the ambient type which the usual "More Zombies" and "Deadlight" uses. This has something more to do with the spawn rate I mentioned above with just a little bit of increase in zombies. The next way of spawning zombies is by mission settings, which is handled by the "Even More Zombies" feature, where the amount of zombies can be directly controlled :)

Works good on my current save!

The only thing about the file "evenmorezombies" is that at many times they flash from far away models to close up models popping in and out of killable and invincible meaning things go right through them, cars for instance you can run over many of them but only those that pop into "killable" etc.
Also with cars if you run into many at once the car will glitch fit and pop into the air sometimes or it behaves like it just hit a wall and stops the car suddenly.

If you havent seen this yet I suggest you try it out for yourself to confirm this.

Awesome modding! :) Thank you for the hard work!

This mod by RALFSOLO works very well with your mod. Like the decrease damage to cars works awesome and is flawless even when you update your mod.