This page will be updated with relevant facts related to the Plague Race in Sins of the Fallen.

A vampiric race capable of infecting others with their taint. As gruesome as their actions are they are not to be underestimated on their intelligence. A millenia of adapting to their condition has resulted in a ruling class quite capable of producing scientific advancements especially in the area of viral and organic designs. However, their hunger and the hunger of the newly infected drives their desire to feed.

Heavily dependant on their ability to spread culture early to both increase the effectiveness of their fleet and decrease the effectiveness of the enemy. Their colony capital, Enslavor Scourge, is also capable of spreading their infestation (culture) to remote planets. The Plague's fleet is by far the least durable of any of the other races but are cheaper to replace and become much more deadly when fighting within their own culture.

Who or what is the Plague?

Victims infected with the Plague become intent on spreading the disease themselves. This part of the infection is understood, but the apparent coordination of those infected leads most to assume there is something else controlling or guiding their actions (Perhaps it will be possible to communicate to the Plague with this knowledge, if not all may be lost). The truth about the Plague is even more dire as different castes of the Infected exist. The controlling caste could only be described as Vampires. They are unable to procreate through traditional means, instead they use their blood to create new Infected. A chosen few are selected to join the ranks as Vampires while most are simply infected ghouls compelled to follow their creators. The rest are simply food.

While their ships and infrastructure are not as reliable as the Nephilim’s, the infected work tirelessly in their efforts making the Plagues armada extremely large and quickly replaced. The Infected ships and their captains are extremely viscous in their attacks as their will to live is almost absent.

The Plague has also gained extensive knowlege in bio-mechanical and viral technologies attempting to understand their own origins. This has resulted in organic systems and weapons being integrated into every ship and structure.

The Plague's frigate and cruiser fleet will gain hull, armor and weapon upgrades based on the amount of time the ship lives. In other words, a newly created ship will be much weaker at creation as it will start at base level stats and slowly increase to final stats (based on research) over a set period of time.

The Plague's capital ship fleet will also support growth based stats by constant leveling (based on research). 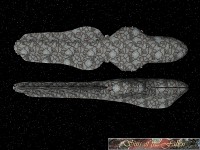 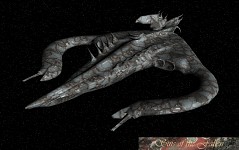 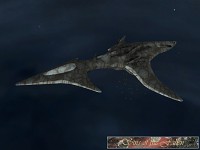 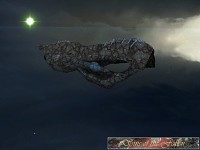 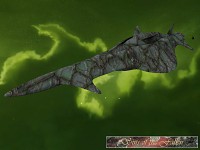 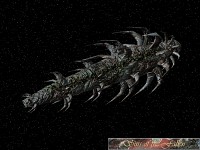 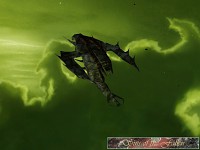 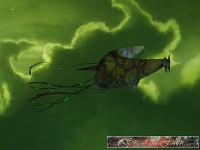 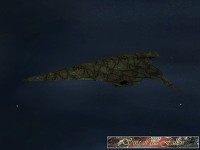 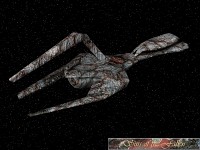 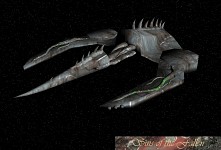 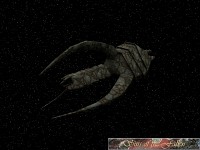 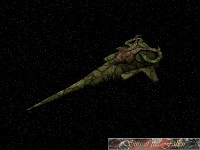 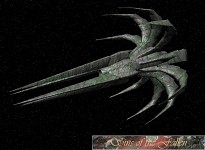 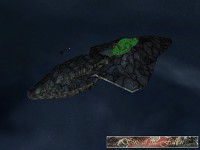 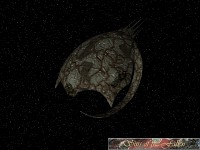 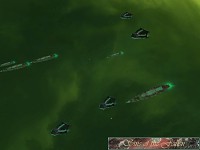 I love the plague. Very unique. I love the upgrading system and everythings working fine with them. Only thing I'd like is instead of shield mitigation missles we can get some base damage uppers, but that could throw off the balance.

Just started playing as the plague...........man this is awesome..you have done a great job on the ships..well done and thanks for adding a new dimension to my favourite game

Thanks much. It's my favorite race too as you can imagine :P

Haha. yeah. That race is sound similar to Flood in Halo game.

I was reminded a little of the Wraith from Stargate, but that was because of the description of their "Hunger". Although their scout frigate looks just like a Wraith Dart.

This seems like a huge, yet still still super cool, knockoff of The Beast from Homeworld Cataclysm. Also is there an ETA of when the mod will be fully complete? (That is if it's not already complete; I can be very naive sometimes)