A short article about some texturing tricks I used.

I figured I'd try doing some brief write-ups on tricks I've employed making stuff for Brink of Extinction. Perhaps they aren't that great (in which case you will most likely tell me) or perhaps they will give someone some ideas. Anyway, this is how I did enemy texturing in BoE using the spider enemy as an example:

So this is what the spider texture looks like finished: 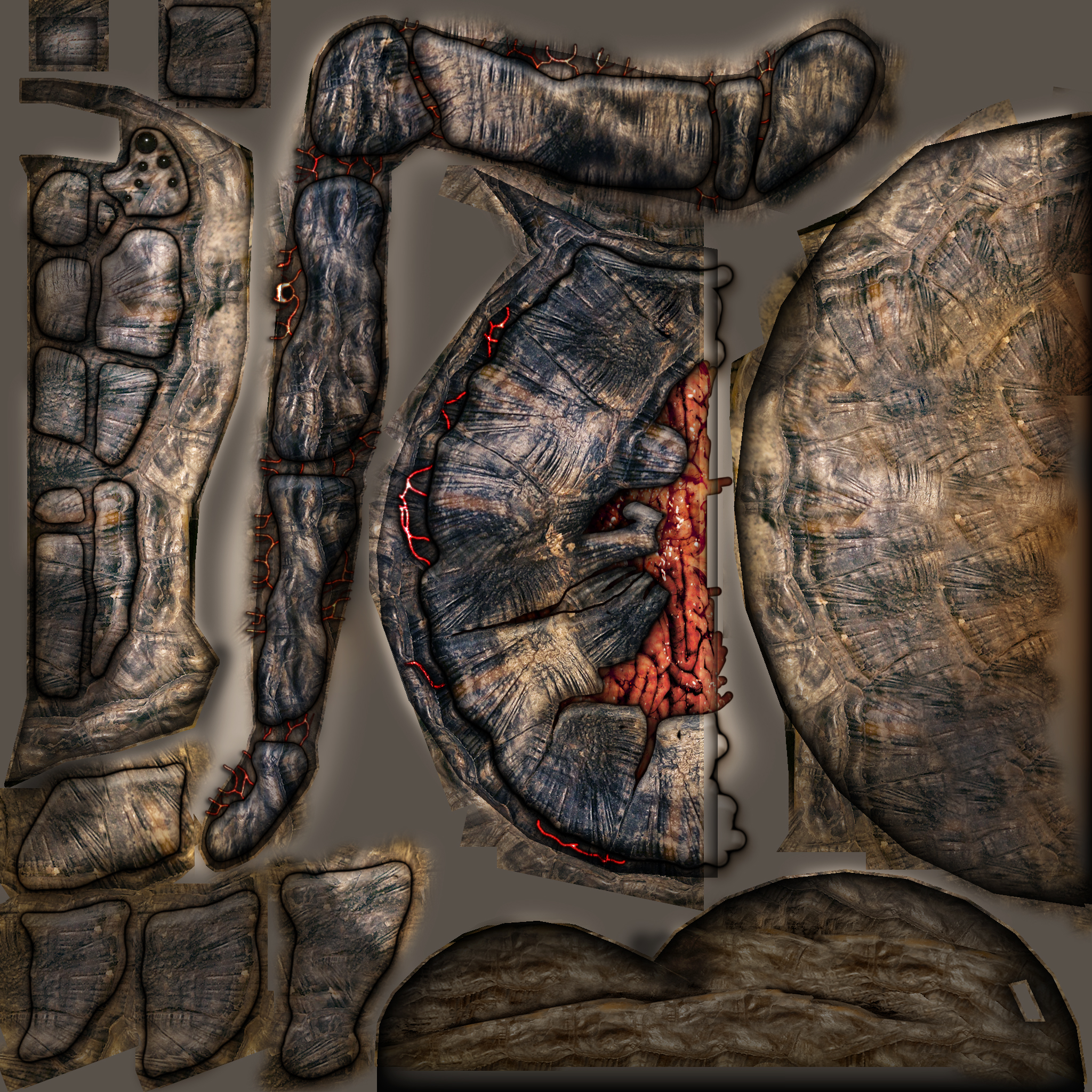 Like many of the objects in BoE, the texture is mirrored to maximize texture size usage without having to go beyond 2k size. This applies to cars, turrets, enemies and some of the other objects such as the public toilet structure and subway entrances seen on level 8 among others. On top of that, repeated parts of the mesh, like legs, are all the same. I made this choice early on because you generally only see one side of the enemies at once, or if the level has a top view camera you will see things from quite far away and won't be able to tell the texture is mirrored. 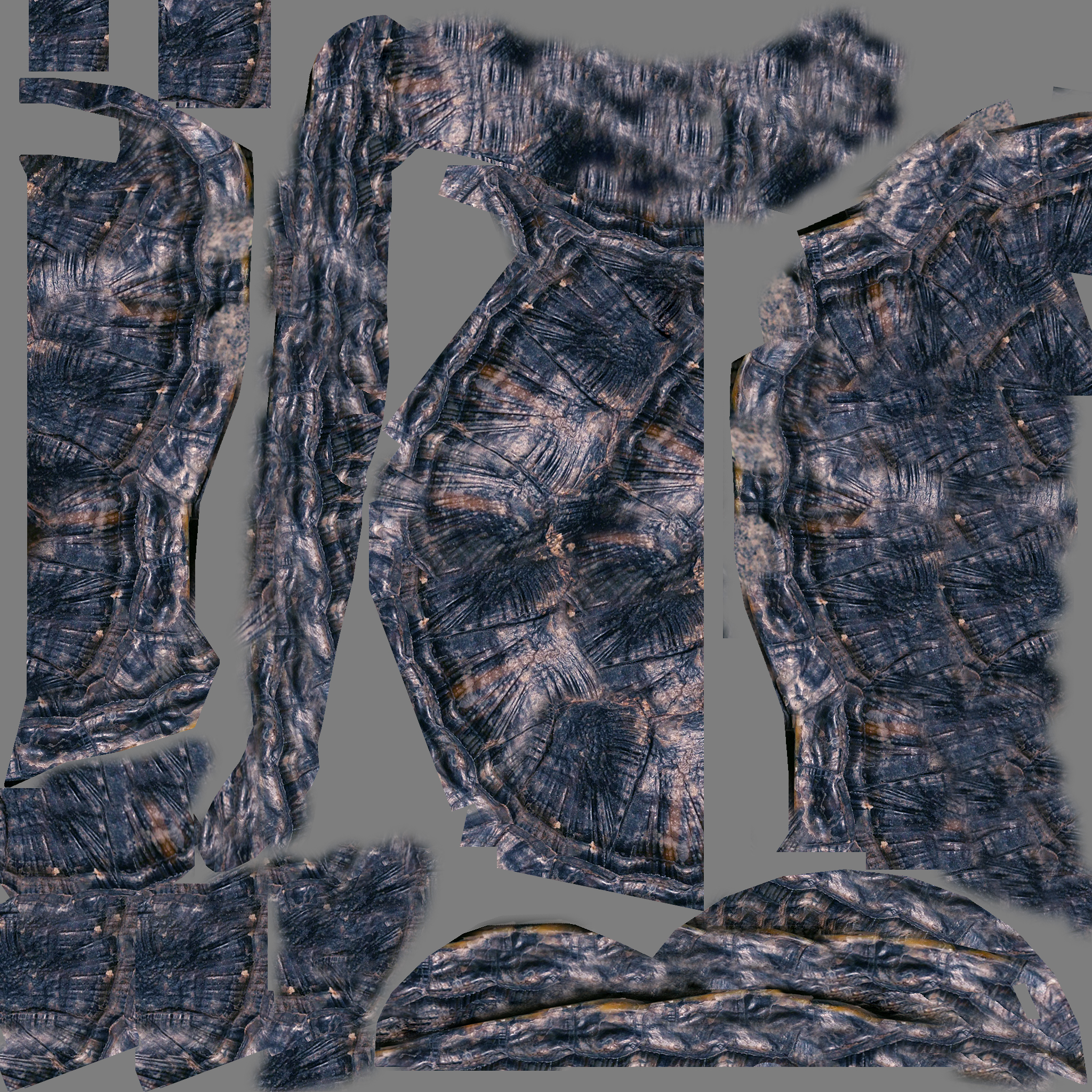 Going into detail, the texture is primarily made up of a turtle shell image. :D I generally used textures of animal hides or shells to make the enemy textures in BoE. Spiders are generally turtle shell, maggots are rhino hide and mosquitos are turtle shell, brains and crab claw for example. 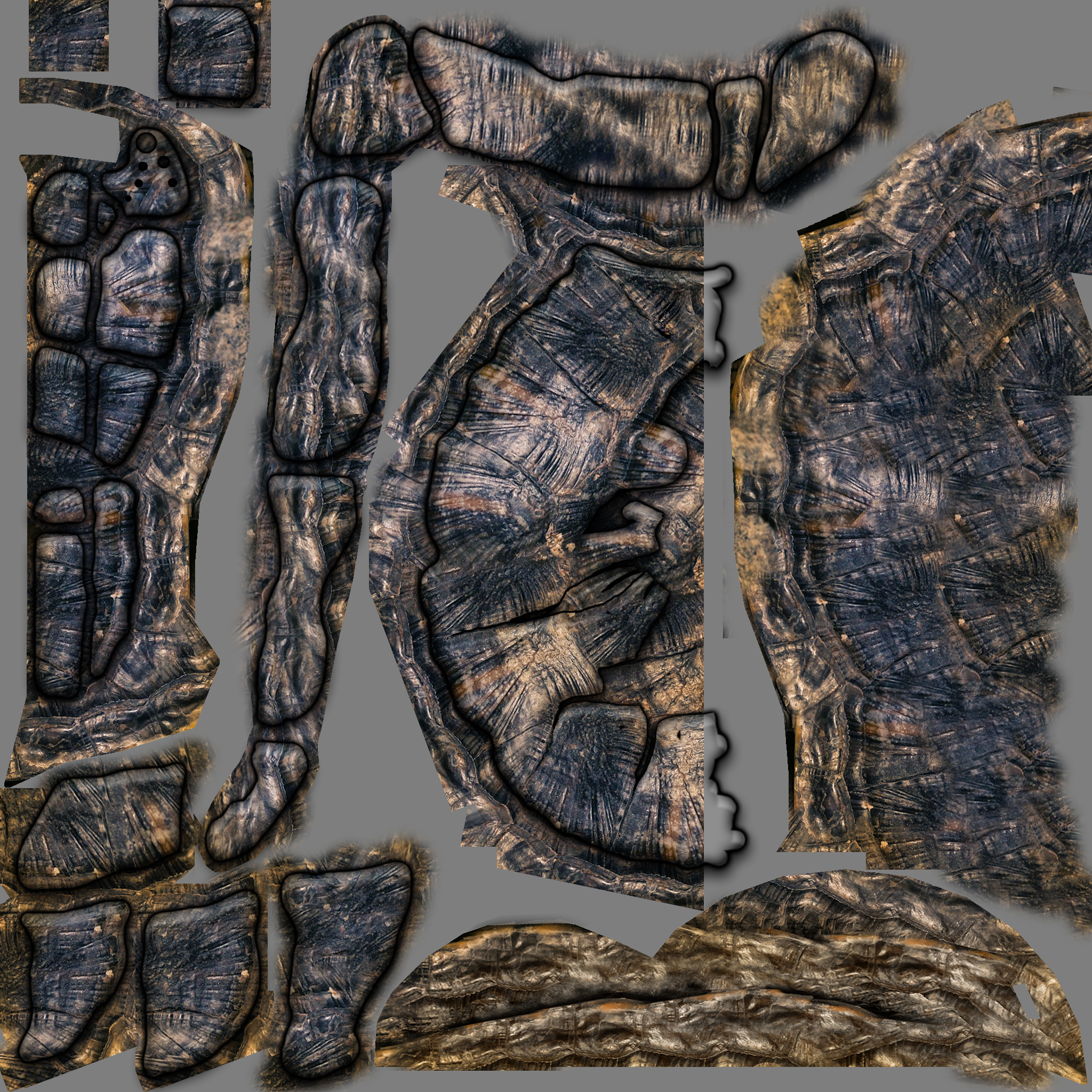 I color correct the image to give the enemy the desired color and add in segments using inner and outer lighting set to multiply with the color black. This layer also plays part in making the normal map. 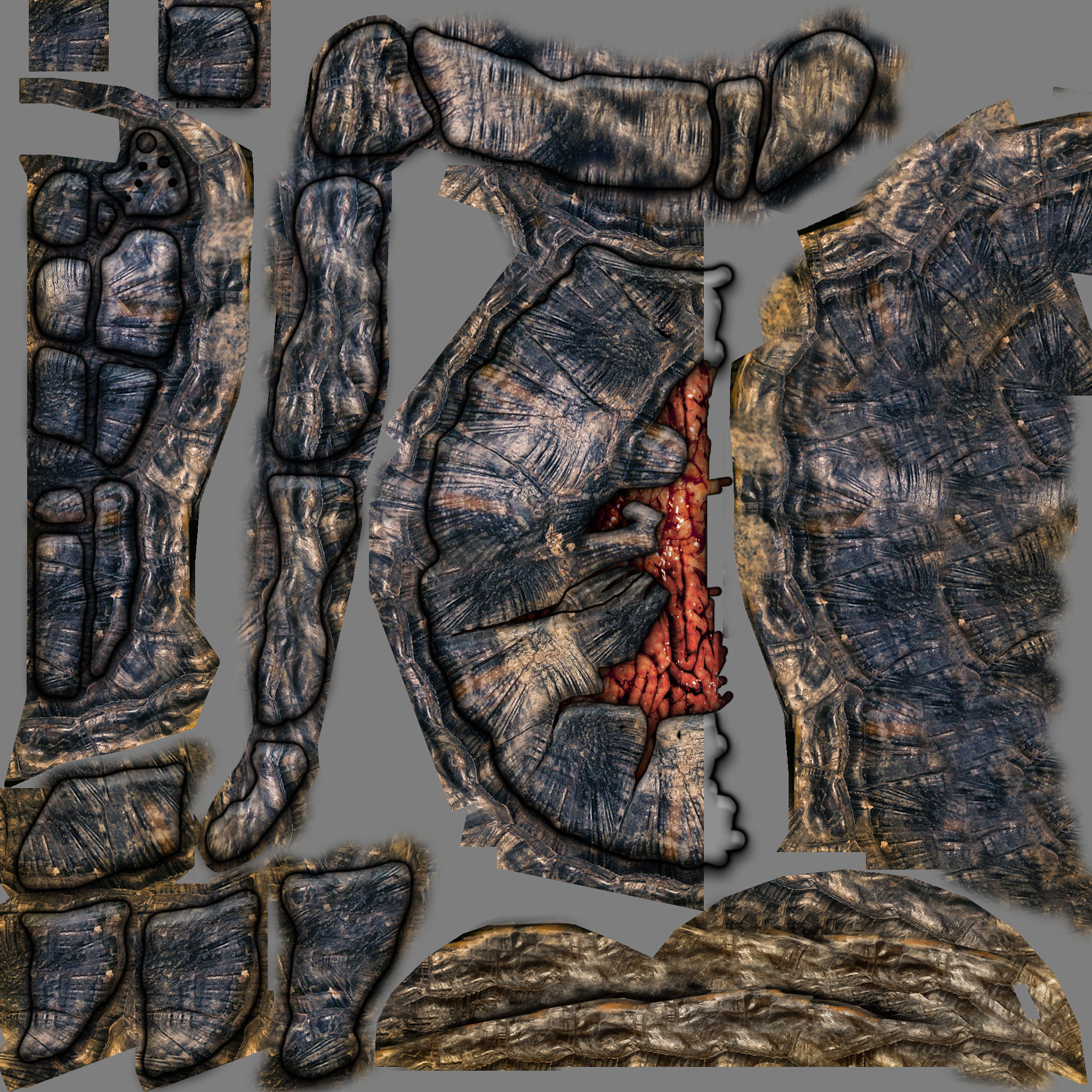 The spider has a widow-maker-esque mark on its back, this is mostly minced meat and brain with some overlayed red color for a more effectful look.

As seen in the first picture, the enemies are also rather veiny (urgh...). To make this effect show more while also making the enemies more visible in shaded areas, I make an emission layer that emphasizes veins and other specific areas of the enemy. 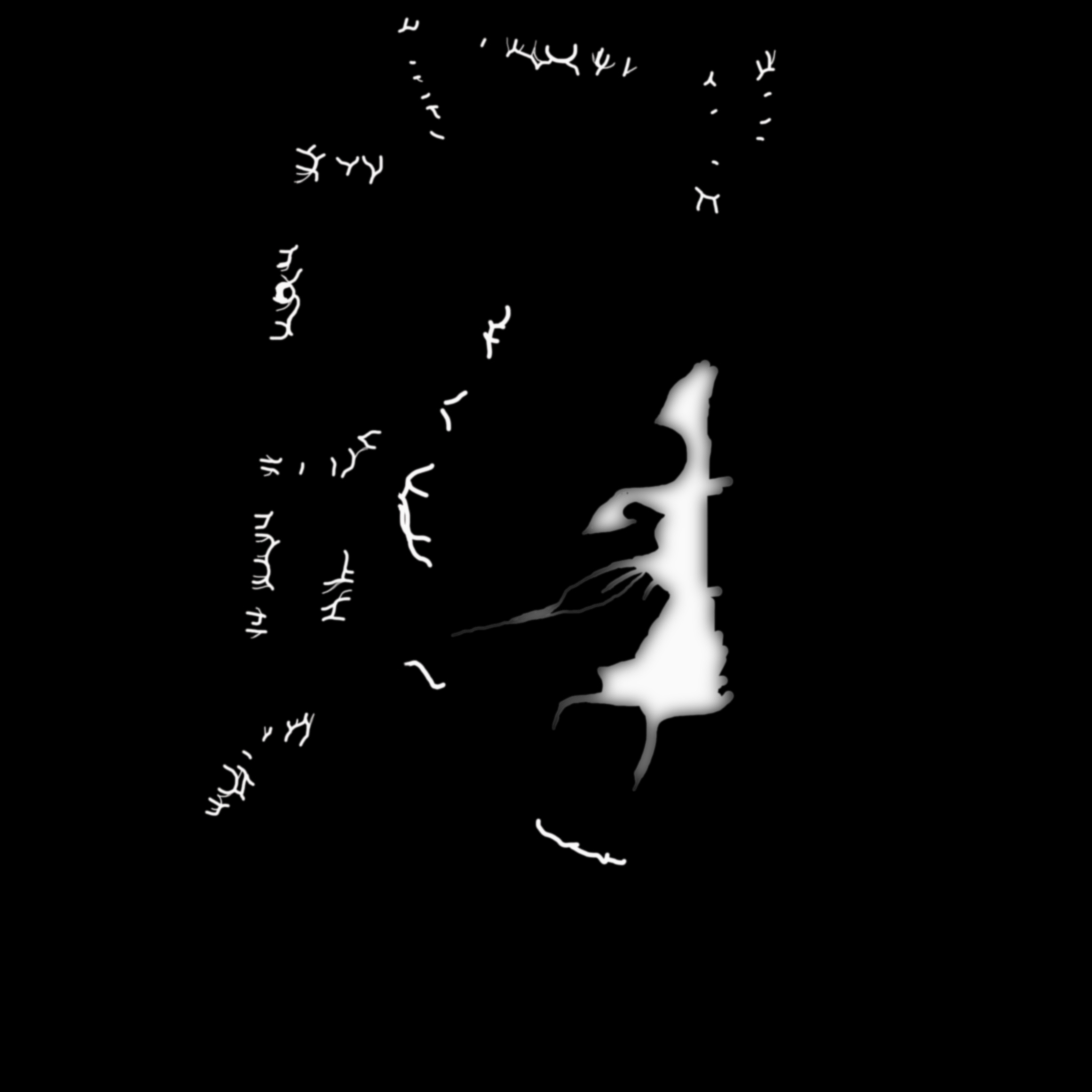 The normal map is generated from the segment layer along with a black and white version of the shell, veins and brain images. And finally... here it is, the little fellah: 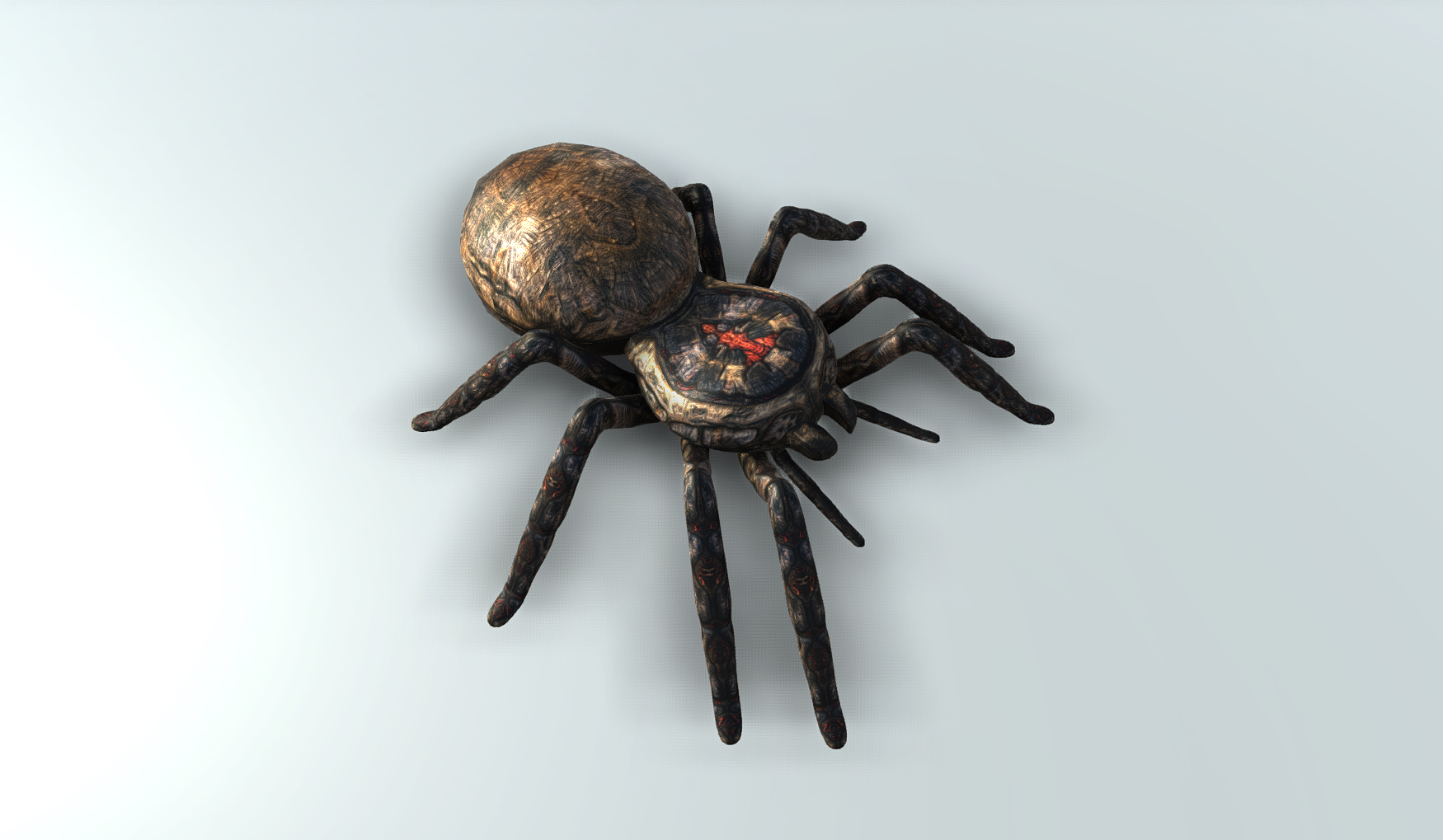 Quite simplistic, but works in the context it is in. :)