Daemonion shows how to get stereo audio working within the older SoC XRay engine. These changes are included in LURK 1.2.

Posted by Daemonion on Oct 18th, 2012 - Basic Client Side Coding

Why go to the trouble of making stereo audio work?

Shadow of Chernobyl is filled with audio that only plays in mono. While mono has it's uses, a game world needs stereo audio, as well, in order to feel complete. Only using mono, by itself, gives a very compressed feeling.

When using these together, you can create a very full sound stage. As the lead audio designer for LURK 1.2, I knew I had to get stereo audio working in SoC.

To illustrate the differences, give these a listen.

Now you see why I went to the trouble :)

How?
Stereo files are made up of a left channel and a right channel. Mono has only a center channel. A stereo file is a combination of these left and right channels.

SoC's XRay engine can't actually use a true stereo file like the Call of Pripyat engine can. When XRay was being made, GSC came up with the idea to use two stereo-separated, mono files affixed with a _l and _r to indicate left or right.

The engine was then supposed to use an algorithm to play a _l file only in the left channel, and a _r file only in the right channel. When played together, this would make it sound as though stereo audio was playing, even though it was just two separate mono tracks.

This never worked, in-game, though. Until now.

You will need to first get your stereo sounds converted to split-track mono .ogg files (don't forget to comment them properly). I use Audacity to split a stereo track into two channel-dependent tracks. To split the tracks:

Open the stereo file in Audacity (click for larger screenshot) 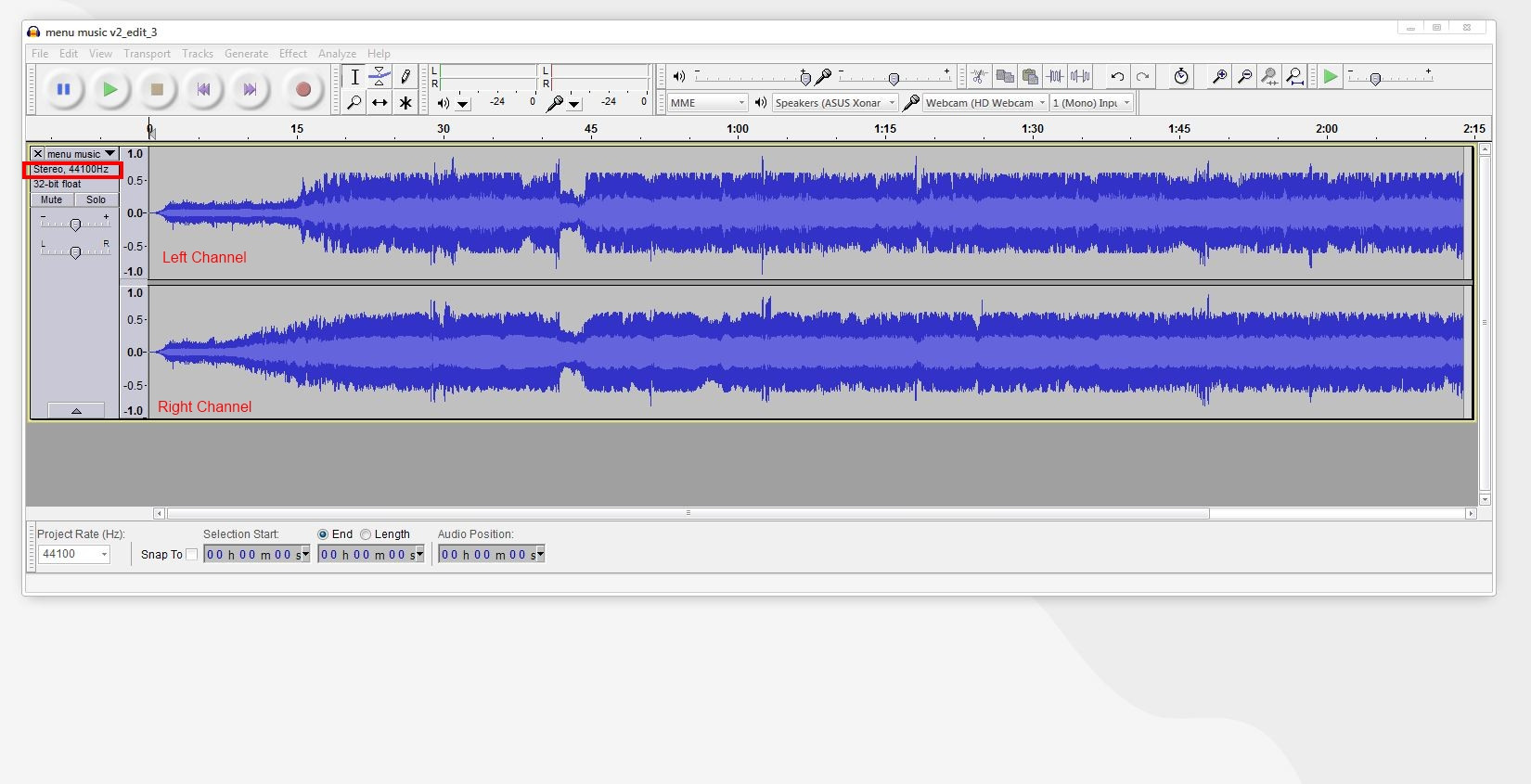 The tracks will now be split. Select one by double clicking on it.


You will also need to replace your gamedata/scripts/sr_sound2d.script with my new sr_sound2d.script at the bottom of the post. My changes essentially add these lines of code, which switch to the .s2d function to place each file at particular x,y,z coordinates.


Lastly, you will need a new wrap_oal.dll file, as the left and right channels are swapped with the vanilla .dll, also included at the bottom of the post.

Place this new wrap_oal.dll into your /bin directory
Replace your sr_sound2d.script with this (back up your old file!) or PasteBin

Nice man! im going to try this out!

Please let me know if it works for you.