There are a number of programs you need to be able to skin. WinRez
(DTX.dll for WinRez if needed)Paint Program (Photoshop, Paint Shop Pro, GIMP, etc.. You must find your own, GIMP is the only free one that I know of). Must support PCX and TGA. Get and install all these programs, the avp2 toolkit will usually default install into your avp2 folder, and it will create a folder called Tools in there. That is where you will find Dedit.

I've mirrored winrez_lt_studio and the dtx file in the files section on Moddb.

2. Setting Up A Project

Run Dedit.
Go to File/ New Project
Where it says Project0, change that to whatever name you want, helps if its the name of or descriptive of the skin.

You will get an error about not being able to find class nodule object.dll but ignore it and press ok.

Do NOT create a new world.

There will now be a new folder created in your
C:\Program Files\Fox\Aliens vs. Predator 2\Tools directory, in this case, called TutorialSkin

Go into it, then into the folder called Textures so that you are in
C:\Program Files\Fox\Aliens vs. Predator 2\Tools\TutorialSkin\Textures

3. Exporting Files From The Game And Skin Layout 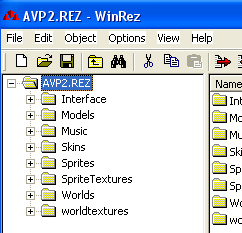 The standard predator has 4 NPC or 3rd person texture files

Select the files you want, and drag and drop them to the textures folder shown in the last step. If you get an error or WinRez won't let you drag and drop, then sometimes unzipping the DLL in the programs section to the WinRez folder fixes the problem, though it also depends on the version of WinRez. 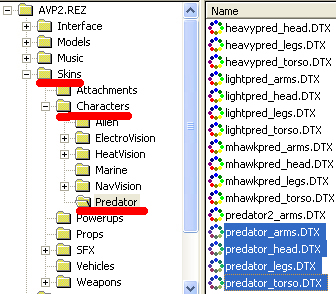 There are 2 "parts" to a skin, first is the NPC (non player character) which is the character from 3rd person

The 2nd part is the HUD or heads up display. Basically what you see when you are that character, in first person. Hands and weapons.

The HUD textures are stored in WinRez under Skins/Weapons/ then the species, so for standard predator its

Now go back to Dedit, and reopen your project so it refreshes, it should have a quick link to it in the recent files section. 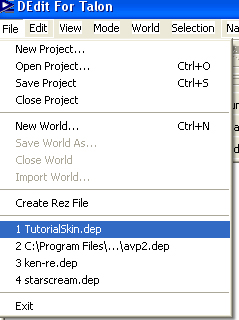 Go to the textures tab, and in the top box, click on Textures once and the 4 DTX files should show up in the 2nd box down. 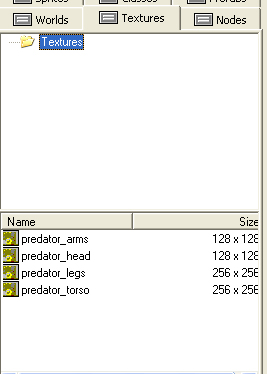 Highlight them all, right click and choose Export as TGA.

It asks if you want to save as PCX, hit yes, though it will save as TGA anyways.

Now there are 4 TGA files in your textures folder. You can now open these in yourpaint program.

While I have had many people ask me how to actually draw the skin, I cannot answer this. This part of skinning is art. You must use your own creativity and knowledge for this. Search information on your paint program and how to make textures online. This part of skinning just takes practice to get good at. A good place to start learning is :

With most of the textures, its trial and error, or recognization but ill put some basic markers for the predator textures. These are the NPCtextures 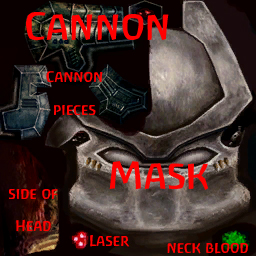 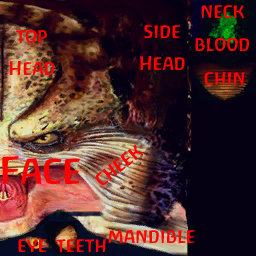 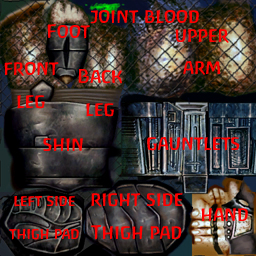 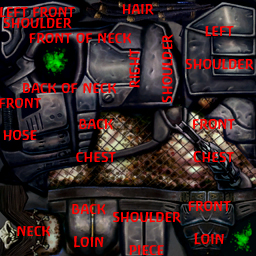 These are the 2 standard predator HUD textures. 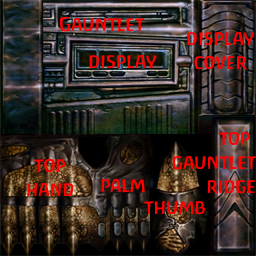 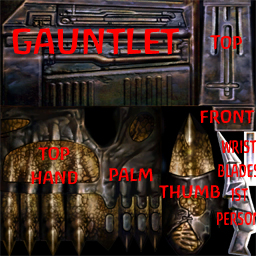 Make sure they have the same name as when they were tga files, for example

5. Importing files Back Into Dedit And Compression/Transparency

Now go back to Dedit.
In the 2nd box, right click and choose Import PCX.

It will ask if you want to write over the existing, hit yes for each texture.

Now, most likely, you will see 2 of each texture in that box, just reopen the project again as shown in the picture bellow 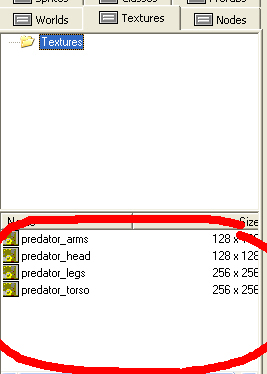 Now for a very important part. If you do not follow this next step, you will have a skin that sometimes goes invisible in the game.

Highlight all the textures in the 2nd box, right click and choose texture properties.

Under the compression area, it will most likely be set to 32-bit.

You will want to switch this to the 8X compression as shown here.

Transparency only seems to work for certain textures/species for some reason but.. here is what you do.

Firstly, when you saved your texture files before as either PCX or TGA, you will want the textures with transparencies to have an alpha layer or maskand to save it as a 32-bit TGA file. 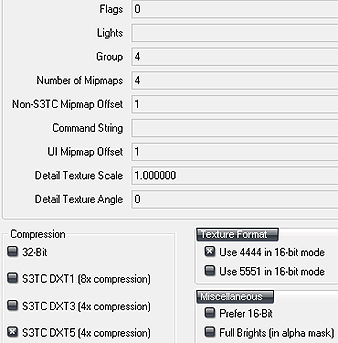 Ok for much of this part, you have to learn the file paths in AVP2.Rez. Its always handy to either write the paths down when you start, or have a second WinRez running with AVP2.Rez open in it. Each DTX file you have edited will now have to go in the same path in a NEW rez file.

You can create the folders in this way for whichever you need, this is set up for any predator NPC textures. If you want to add weapon or HUD skinsas well to this rez, after you do that, right click on Skins again, insert empty folders and rename until you have Skins/Weapons/Predator.

Do the same with the 2 HUD DTX files but put them into the predator folder under Weapons.

Now Save As.
Save it to the folder
C:\Program Files\Fox\Aliens vs. Predator 2\Custom

Call the rez whatever you want, but preferably the skin's name for future reference. And the smaller the name the better, don't go off with a huge long name, that will just take up room in the command line.

You are now ready to test your skin in the game. Now most people by now SHOULD know how to use a skin, there are some out there who don't. I get asked this quite a bit still. So here it is....

First thing you do is to get the name of your rez. If you called saved it as, for example, TutorialSkin.Rez, thats what you need to know for the command line.

When you put the AVP2 cd in or run the game if it's already in, the splash screen comes up. Don't hurry off and hit play yet.

In the command line you type -rez Custom/skinname.rez

So in this case, its -rez Custom/tutorialskin.rez

Letter case does not matter here.

If you want to use multiple rez's at the same time, all you do is add a space between each one. There is a limit, but it's somewhere between 6 and 12, I think it has to do with character amount in the line rather than with actual amount of rez files. Then just hit ok, and play and your skins will now be in game.