Hello MechCommanders, this is an article showing the keyboard, mouse, controlling and in-mission mechanics that can be used by the player. The keyboard offers several short-key functions and your lances have a load of different options to choose from on the battlefield. This article is a simple extraction of parts of the original manual combined with RizZ's style overhauling: Have fun, that's an order! 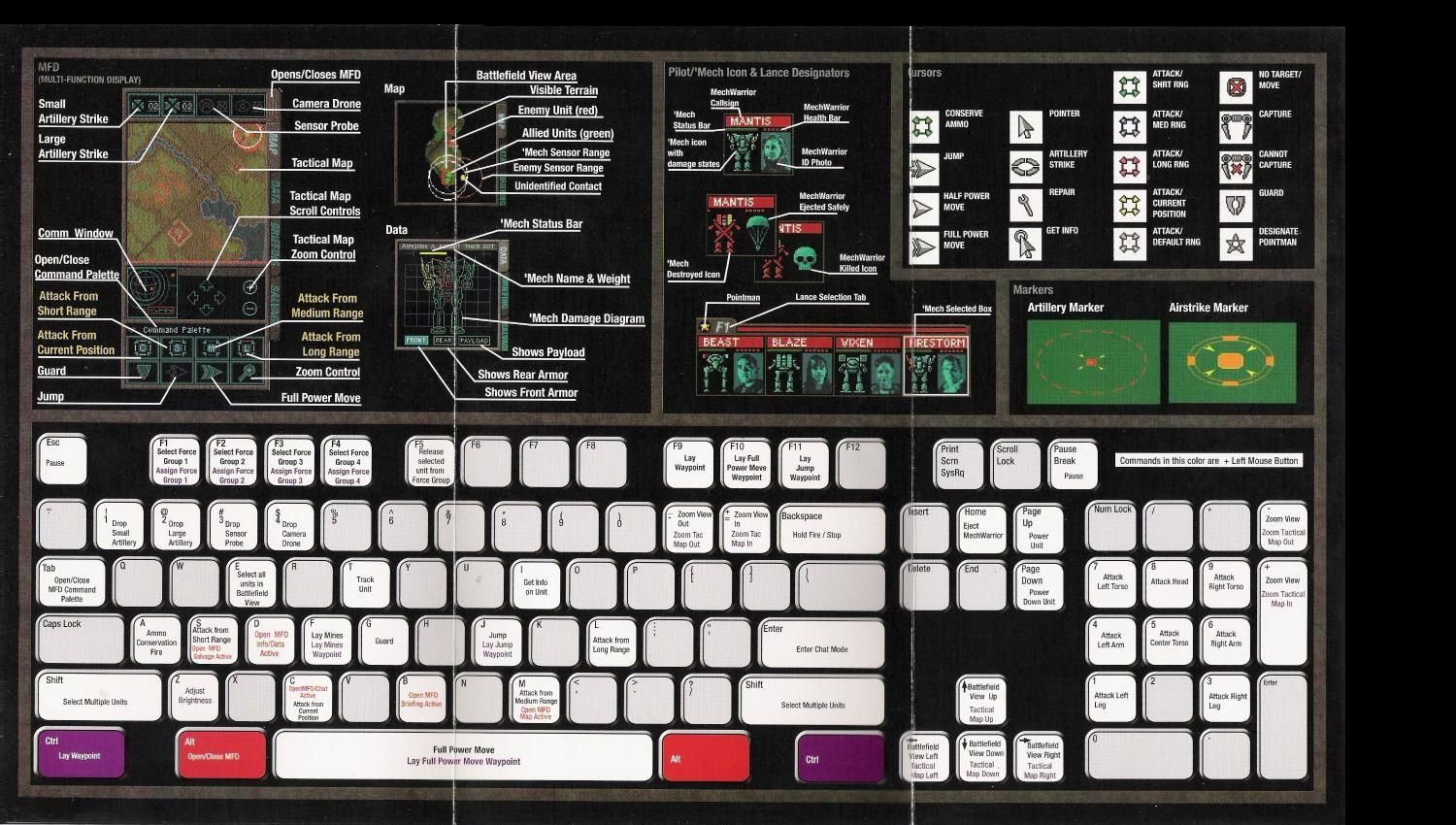 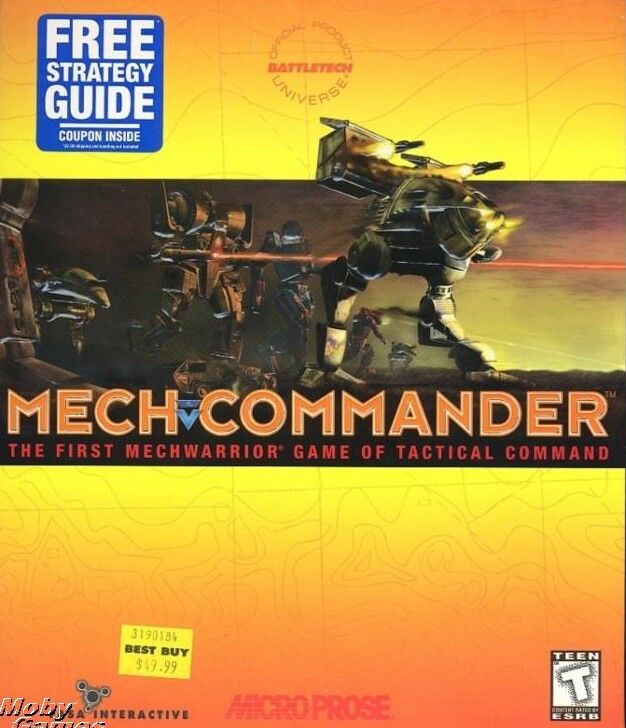 Lastly, Commander, you have no doubt seen the media’s recent focus on the evolution of modern military tactics. As hinted in the reports, Inner Sphere military establishments developed strategies that enable frontline commanders, such as yourself, to more effectively deploy forces and resources under their command.

Waypoints
Waypoints give a commander greater control over his units’ movement by setting a specific series of points for them to automatically follow, thus freeing up the commander’s attention for other units. There are four different types of waypoints—walk, run, jump, and minelayer—and you can place a total of 16 waypoints in any order.
Units traverse waypoints by the shortest possible move path. For example, if cliffs are directly between two waypoints, the units must move around the cliffs. Therefore, by placing more waypoints, you gain more control of the move path. For example, you may have a jump-capable unit walk to the first waypoint, run to the second, jump to the third, and run to the fourth. 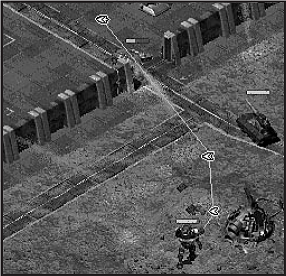 To give the commander greater control over his resources in combat, he can order units to fire energy weapons only, conserving precious ammunition until it is truly needed.
Energy weapons are those with an unlimited supply of shots—for example, Pulse Lasers, Heavy Flamers, and Particle Projector Cannons. Ammo weapons are those that fire a limited supply of shots or salvos—for example, Gauss Rifles, Autocannons, and Missile Packs.
RizZ's Note: Due to the fact that MechCommander had to be finished in a rush - the developers had not enought time to implement the heat-sinks feature into that retrogame. Their is much source code in the game but they never implemented the feature in the released game. Therefore energy weapons have a higher average loadout and slower firing rates - compensating missing heat sinks. That's why several Mech setups of the MechCommander franchise are not 100% canon-like.

To order ammo conservation mode
Hold down [A] and then, on the main screen, click the enemy you want to hit with energy weapons only. The cross hairs will appear orange.

MechCommander Desperate Measures offers three levels of gameplay: easy, regular, and hard. These levels can also be used to play the original MechCommander missions. Darkest Hours users have the privilegue of a greater choice between difficulty levels. Players can customize their starting crews.

To set the difficulty level 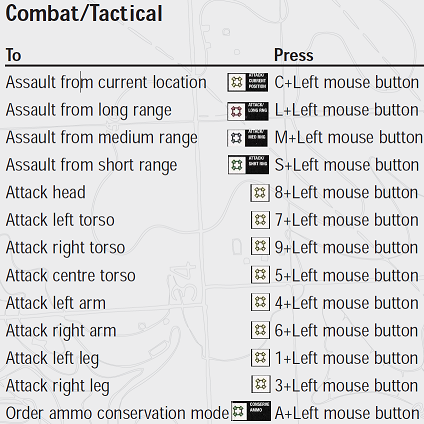 Fire Support
Fire support gives the commander greater control over his combat resources. Launch small artillery strikes, large artillery strikes, sensor probes, and camera drones by pressing a key on the keyboard (not the numeric keypad) and clicking the mouse on the target—no wasting time moving the cursor to the multifunctional display (MFD).
When a fire support hotkey is depressed, the corresponding button is highlighted on the MFD per the RUN, JUMP, and GUARD hotkeys in original MechCommander. The fire support cursor may be moved until it is deployed by clicking the left mouse button.

Note: You must press a number key each time you want to drop artillery and so forth. For example, to drop three small artillery strikes, you must press 1 and click the left mouse button once on each of the targets. 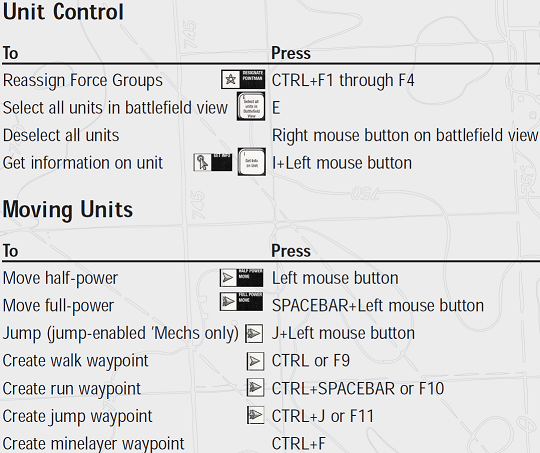 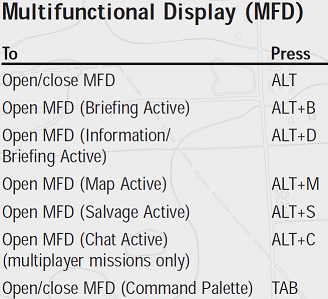 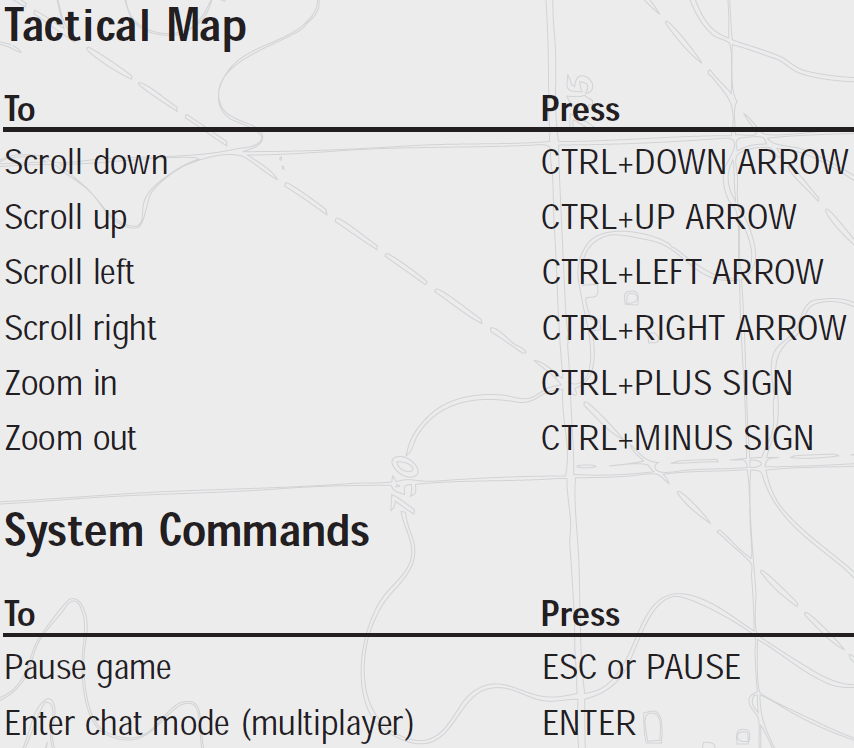