This tutorial explains how to make a movie in Serious Sam

This tutorial explains how to make a movie in Serious Sam. A movie should have 5 different components: Camera, Camera Marker, Player Action Marker, Touch Field, and a Trigger. There are basically 3 modes of cameras: still frame, moving, and advanced moving. 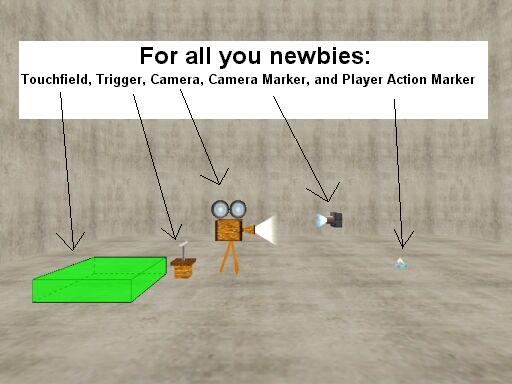 Still Frame Camera:
First make a Touch Field and set it's enter target to the Trigger. Put a Camera on the map (make sure it's the wooden one) and set it so the cone of light is facing where you want the still frame. Under the Time option in the Camera pull down menu, set the number of seconds you want the still frame to be there. Make one of the trigger targets the camera. If you did all this right, when you enter the touchfield, the camera will activate for however many seconds you chose, then it will go back to the gameplay. If you want it activated once, set the max trigs in the trigger pulldown menu to one.

Moving Camera:
Set up the still frame camera, and drag some Camera Markers onto the screen. Give them names that will easily identify there placement, like Camera Marker 1, Camera Marker 2, ect. Link them all up under target: Target for camera marker 1 is camera marker 2, camera marker 2 is camera marker 3, and so on until you reach the last on. Set the last one to the first marker, and check the stop moving flag on the last marker. Select the first camera marker as the target on the wooden camera. That should make a movie, following the path of the camera markers. The cones of light on the markers show the direction of the viewing. The delta time option is to change how long it takes for the camera to move to the next marker. Tension is how tight the camera will follow the set path. In the Trigger option on the markers you can set events to happen during the movie, such as text or player action markers, which are covered in the next segment.

NOTE: Player action markers do not have to be used in movies with cameras and camera markers. You can use them without cameras to create a cool First Person View Movie! 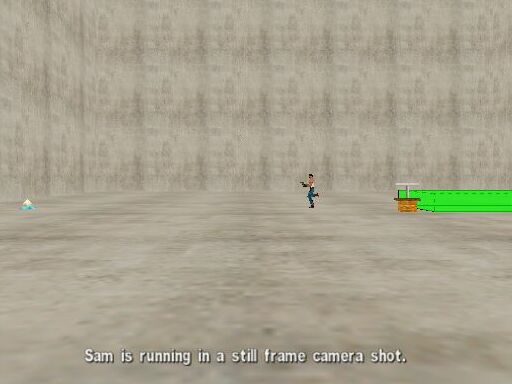