Merry Christmas community. We here at NZ Portable team like to say we had a wunderbar year. We got coding, alot of new maps, models, weapons and a wonderful team. I like to say that this year we have done alot of good things. But, after 2 years of developing, hard working on the game for free. We finally made it. We went silver. We decided we try to release game at xmas, well here it is. Nazi Zombies Portable FIRST PUBLIC ALPHA RELEASE! Featuring EVERYTHING we have done this year.

Zombies, windows, weapons, maps and more. Plese remember that it's ALPHA release and still mostly work in progress, report any bugs, glitches and your comments on forum (in cased you don't know, it's nzportable.com) If you lrealy do like us, please donate. We need money to keep our webpage running. Download PC and/or PSP version in the downloads section.

Well, we haven't had updates for almost a month. That's because the whole team has been working almost 24/7 on this. We really wanted to get the game out for xmas.Some of you guys have noticed that we have some Xmas stuff in, like the new zombie skins and also a new awesome Xmas map (christmas_special.bsp, by Ju[s]tice)!Other stuff we've got in the game so far:-Cr*pload of weapons!-Perk machines-Round system-Working Barricade system-Power switches in some maps-Reviving-Melee-Grenades-And other stuff I can't get in my mind right now...The NZP team wishes you a very Merry Christmas and a happy New Year! (Wow, that was pretty cliché...)

While you are downloading the game, you can enjoy it watching this trailer

Like? Well soon you have it on your hands :D

Zombies. Well we decided as we say do xmas zombies. Santas lil minions: 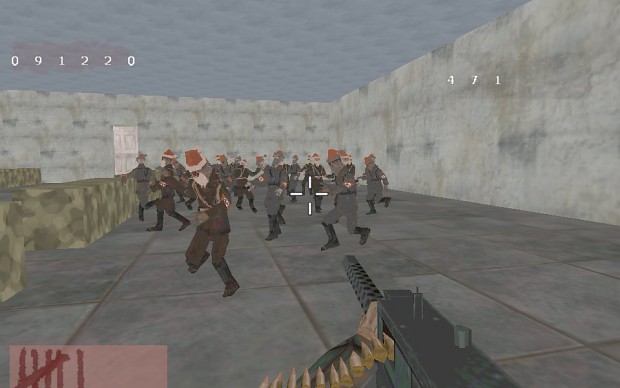 Remeber 2 years ago? well i remeber. Compare our new santas with old zombies 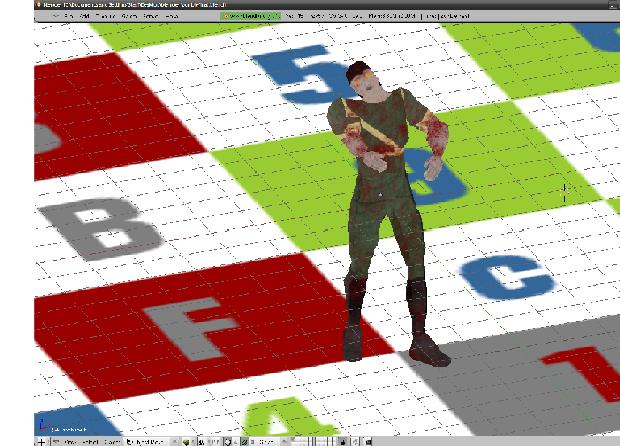 Well everyone. Have a nice new year and xmas. Enjoy the nzp and make sure to log in to our forums for support. Pc version have fun and workin coop mode btw ;)

i dont see any download link,not even in the nazi zombies portable forum.
where can i download it???

yeah i found it but psp version doesnt work

I was just talking to my brother about how you guys are going to release soon, I check my computer, and there is the release! Great work guys, going to try it out

Err, out of ram for textures, phat psp user here :/

I'll try to edit some settings

Err.....guys just 1 question: Are you uploading the patch for the psp?

Did you read the edit ? It said that they are releasing a patch for the psp. :P

naah. I wana keep track how many dls etc we have XD

just wondering why the muzzle flash comes from the side :P

Thank you everyone on the team and everyone who has supported this! I can't believe after all this waiting there is finally something to play with!

Any idea how to get this on a PSP GO latest version?

I managed to put on NZP on my PSP! I completely configured the game, its working!

its working the solo mode??

cant get past wave two on pc version. it bugs or something zombies get stuck in spawn. i killed them all even though they were stuck new wave did t start

my nzpPSP work on solo and on multiplayer!

how do you make it work?? my psp only runs one map

also flamethrower doesnt run out of ammo and gives excessive amounts of money.

yeah that neds to be heavily fixed XD

my psp run three maps, but i have bug for example crash or out of ram texture, it's rarely,

jaja something more especific?? what do you configure to make it work???

also, have you guys not made a round 5 or am i stuck, or maybe another zombie is running around in their spawn area, already had one run around in the second room.

nope, just zombies running around in their spawn.

i only really suggest you work on the path finding, also i love the power door message.

Oh my gosh... I am so impressed. I actually look forward to playing this. I didn't think much of it until now.

But very cool :D now i can show it to my friend who has crap pc and hes bored of playing same maps on crapxbox (first map.... He bought map pack but xbox died)

Great job guys!!! ...knew it was going to be good, but not THAT good!... glad to be proven wrong with this alpha release!

Im still playin, but round 5 never works, I even looked for zombies runnin in spawn, and killed them. Maybe they are in wall.

Also, is there a jump/run button for psp?

we dont really need jump, but for run, you could make it tap walk forward

hold shift to run on pc

actually, i would suggest you turn on no clip, and go into the spawn, as i think if they spawn in the same spot at the same time, they glitch, like when they come over the barricade

yea we need to add more spawn points on the maps

lol zombies are funny when they have a beard and a hat :D

Well, since you said Compare it, The old one kinda sucked but let's look at the bright side.....at least it looks like one of those crappy Mario games ah good old days