Documentation is an essential in any team based environment, not only to be a guideline but also to be the answer to any questions someone may have about the general development of the game.

I’m a developer at Ultimerse and a graduate from the Academy of Interactive Entertainment and I’m here to discuss some of the topics I feel are important in game dev; Documentation, Creative Thinking and Listening to your Team.

What I like to see when it comes to development is a bountiful amount of documentation. To me, it is an essential in any team based environment, not only to be a guideline but also to be the answer to any questions someone may have about the general development of the game.

I have personally struggled in many projects (even solo ones) if general documents haven’t been well thought out or constructed in the first place. Documentation is important!Some of the most crucial information that I find needs to be documented are: 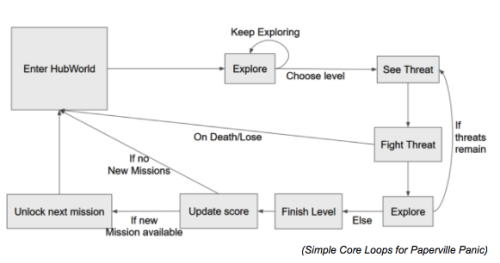 (A core loop is a set of actions that determine how the game flows, it’s practically the games heart. It is what makes the game fun, exciting, challenging and anything else in between. When it comes to planning a game, this is one of the first things you should make!)

Documentation is an important asset to any developmental team and is crucial to make sure everyone is on the same page, so don’t underestimate it!

One of the first lessons learned when it comes to general game dev is ‘thinking creatively’. For example, repurpose older assets, be resourceful. If you don’t have the right assets to fill up a scene to how you envision it, what I have found is that you shouldn’t be afraid to reuse assets in unique ways (like flipping them upside down) to get a similar effect. Until you have the newer assets, placeholders aren't a bad thing! Sometimes when things aren’t working, just hide them behind a giant wall and deal with it later during polish - this is always an option.

How about if you want a cityscape setting but don’t have the scope to construct a whole city? By using some creative thinking - blocking off roads, making roads curved or even by limiting the camera position, you can create the feel of a living city, without having to allow the player to explore it. 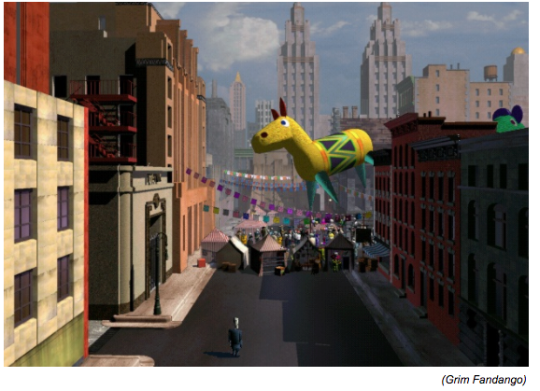 Once More With Feeling!

All creative teams have different personality makeups and finding the right synergy can be tough. Everyone brings their own beliefs and values to the table, and discussion is the only way to filter through conflicting ideals. It’s important that everyone’s voice is heard and that everyone can make a contribution to the team. This doesn’t mean you’re not critical - but it’s about also being mindful that people put a lot of emotional investment into their creative work. Nothing is worse than feeling forgotten or helpless within a team, so always try to be an inclusive and as positive as possible! 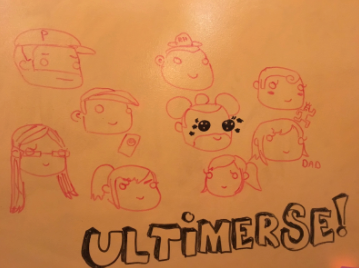 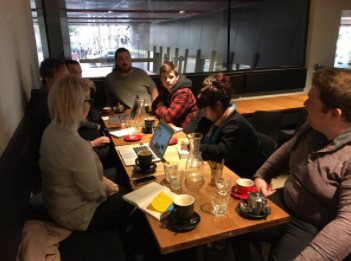 Collaborating with other people has its moments, sometimes you can get on other people's nerves or say things you don't mean. However no matter what you do, always try to be inclusive, make sure everyone is involved in the project, that everyone is trying to think of cool ways to improve the game and the dev experience, and that EVERYTHING is documented. Take those extra steps to try to make the community a better and happier place! If you can get a team to agree on a documented, detailed plan, you can deal with any disagreements or roadblocks along the way with ease. It keeps everyone on track, accountable, and ready for action.

You’ll likely see more from myself in future, but please follow me on twitter at @TSafarewicz where we can discuss my professional weebhood.

As the only writer for an Adventure-ish game, I wholeheartedly agree that keeping documentation on everything is important – characters need to be consistent, the world needs to make sense, and nobody else is gonna want to write about conceptual stuff regarding the scenery. But damn if it isn't a lot of work.

The prospect of writing several pages on a topic that the rest of the team won't find helpful has been getting pretty scary for me. Have you had moments like that, when you're wondering how deep down you need to go with your documentation?

(By the way, I really liked the core loop idea, hadn't really heard about that before. Definitely gonna apply it to our project and see what comes from that!)

I totally relate to you! There have been plenty of times where I go onto tangents when writing back stories, adding extra details that don't have an impact onto the core game or development, it is something I do try to avoid, but it just shows that you are invested into the
world /story /development.

When it comes to documentation I always set myself a limit based on the topic, a single page is a good starting point! It's up to your discretion on what you require however, some topics require more, some less.

I always try to keep in mind when creating documentation, is to keep it as simple as possible, the simpler it is, the easier it is for your team to read, to understand and to follow.

I hope the core loops helps out, as a programmer I find them very useful as they keep me on track throughout the whole developmental period!

I hope this helps!
- Thomas.

Thanks for the tips, Thomas. I'll definitely try to keep the docs simple and leave the flashier writing for future IndieDB articles and other stuff that will be avilable to the public.
Keep up the good work!