Hey everyone! I didn't stop reading your feedback and there are some things I want to do to make the game an enjoyable experience for everyone.

Hey everyone! I didn't stop reading your feedback and there are some things I want to do to make the game an enjoyable experience for everyone.

I am still in the creative process that will result in some parts of the game getting changes and improvements. The main approach I have for this update is taking a look at each level the game has to offer and check if there is something I can add or change that will make the level more accessible. Fumiko! is not about difficulty, but about engaging experiences that are changing in every level. For this to work, I need to be careful about the guidance I give. It doesn't matter if they're small visual hints, tips given by characters in the game or actual changes about the red line that leads you through the game. Some parts of the game have already received that treatment or were lucky to work perfectly from the beginning, while other parts might have some rubble lying around that can be a stumbling stone for some players. I don't have a team of UX-Designers behind my back, but with the experience I got from levels later into development, maybe I can give the game just that bit more polish it needs to truly shine.

I just wanted to give you a quick update and some example screenshots of things I already touched. Feel free to leave your feedback or give me any additional requests that might improve your experience! Don't be shy - Some features might be out of reach now, but knowing what would make you happy could spark a good idea in the future.

Stairs made of glass

In the current version, new players are greeted by a white environment where Wilson will make contact to Fumiko. He'll tell you to run around, maybe hit a wall and then spawn a stair made of glass that you have to climb in order to continue. This stair is a relict of early development, it's the first level I made when I started to implement the story I had written for the game. Player movement and gameplay was different back then and I didn't know which route the gameplay will take in lategame. Thus, this part didn't quite resemble what Fumiko! is about. Small bunny-hops from small platform to small platform? Totally wrong. I deleted the stairs and replaced them with something that fulfills a better role in teaching how the game is meant to be played. The story will stay the same. An example for the new version: 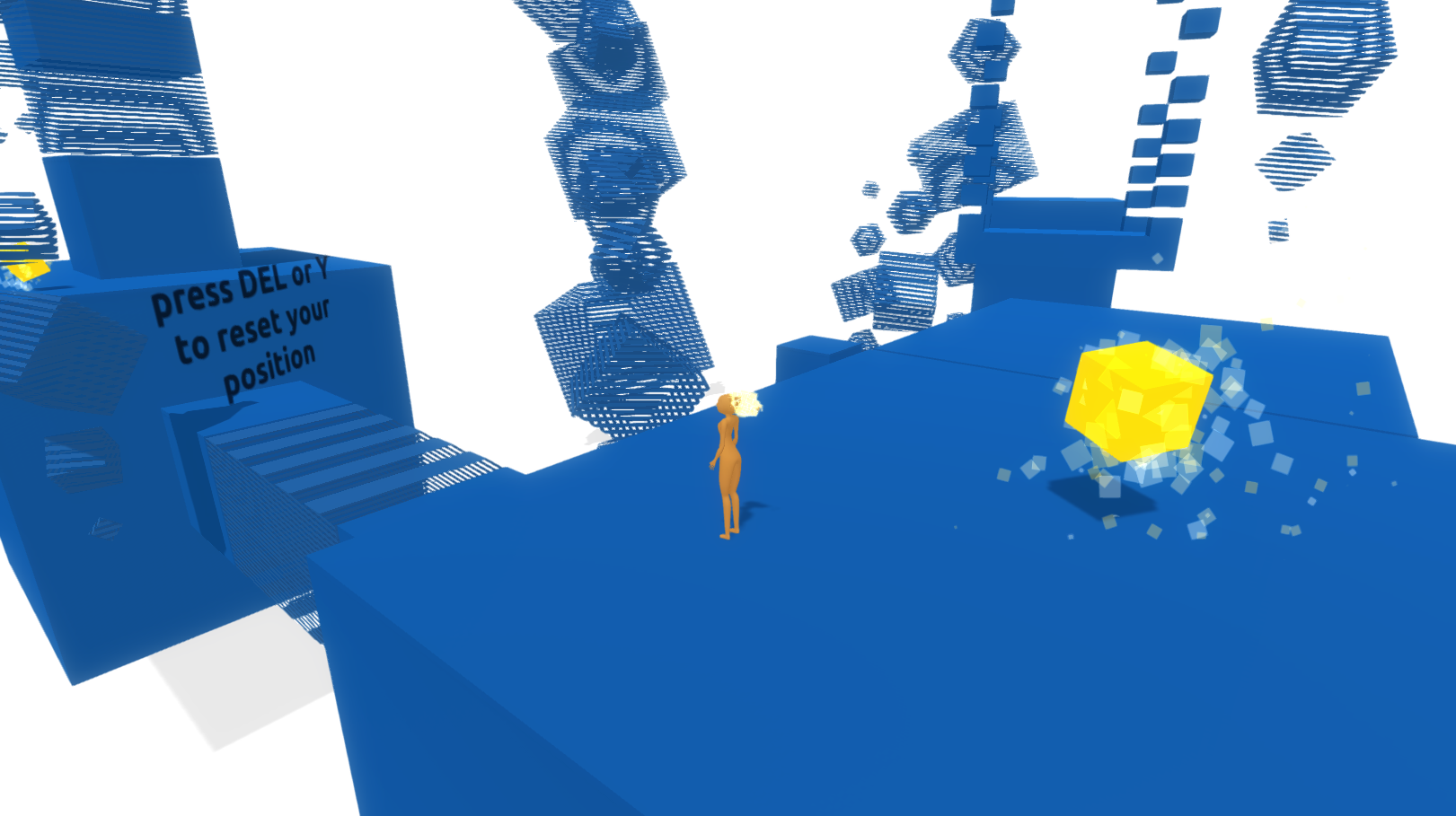 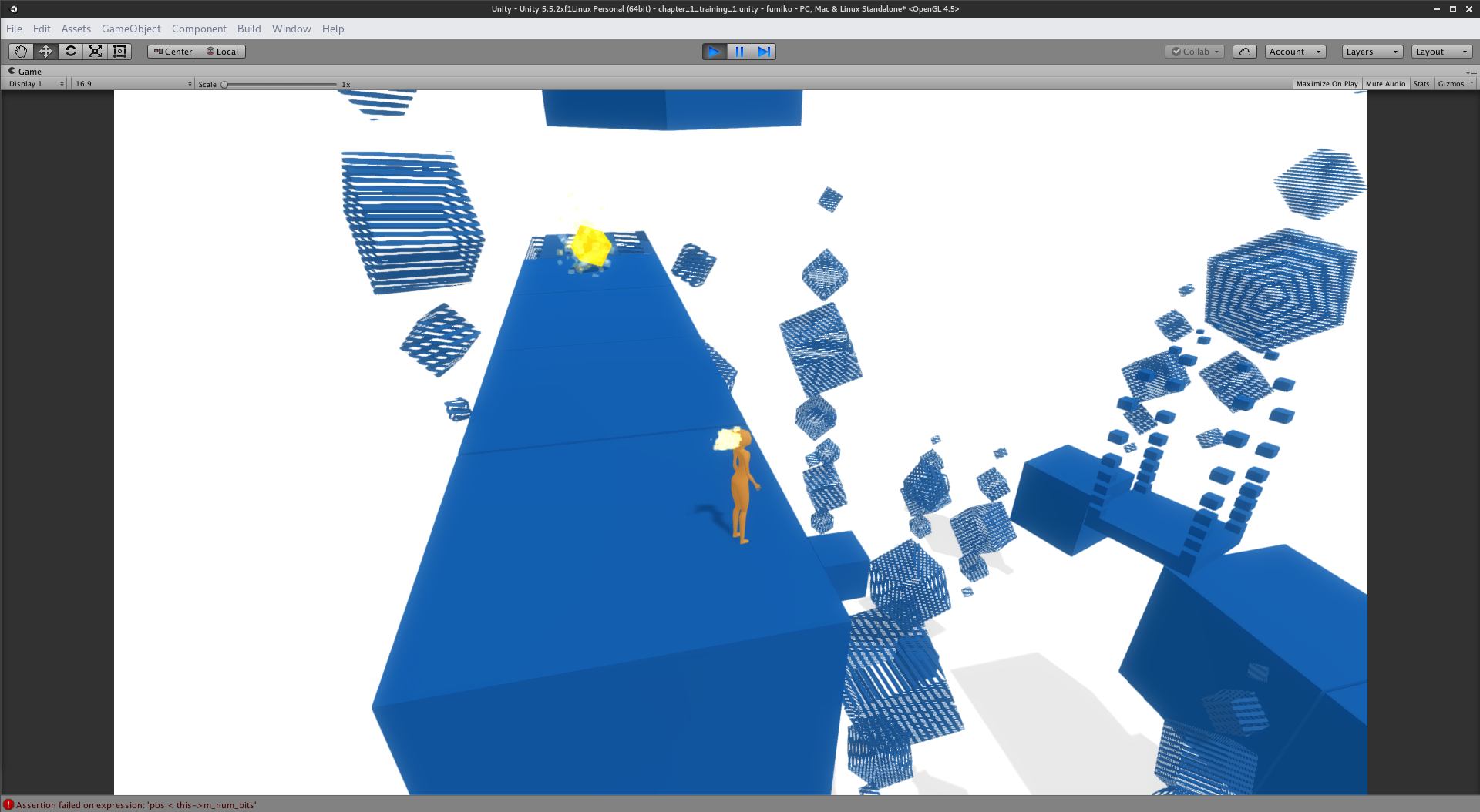 There'll be some more finetuning, but I'm already quite confident that the new area will be a more fun way to try the first jumps. More space, bigger platforms, more ways to experience the insane jumping height of Fumiko - even with only a double jump at hand.

Hyperion was and is a weird experiment. It's a big city with a lot to see that also has quite some unused space. The main story will only give you vague hints at what to do, because the continuation of the main story is meant to catch the player by surprise. Things are changing and the player is supposed to be confused by the events around him. This weird mix of optional content and confusion is a bit tricky. I like it from a storytelling point, but it's also bad in terms of game design. Being all like "oh my god what is happening" in a story is very different from "oh my god what is happening" in gameplay. I don't want this to happen anymore and my current goal is to put focus on telling players exactly where to go, while hinting at the optional homeworlds to explore before they leave. A first step in that direction is the addition of a map to the main street of Hyperion. I had to implement it to see how incredibly helpful that alone is for players who want to explore everything. 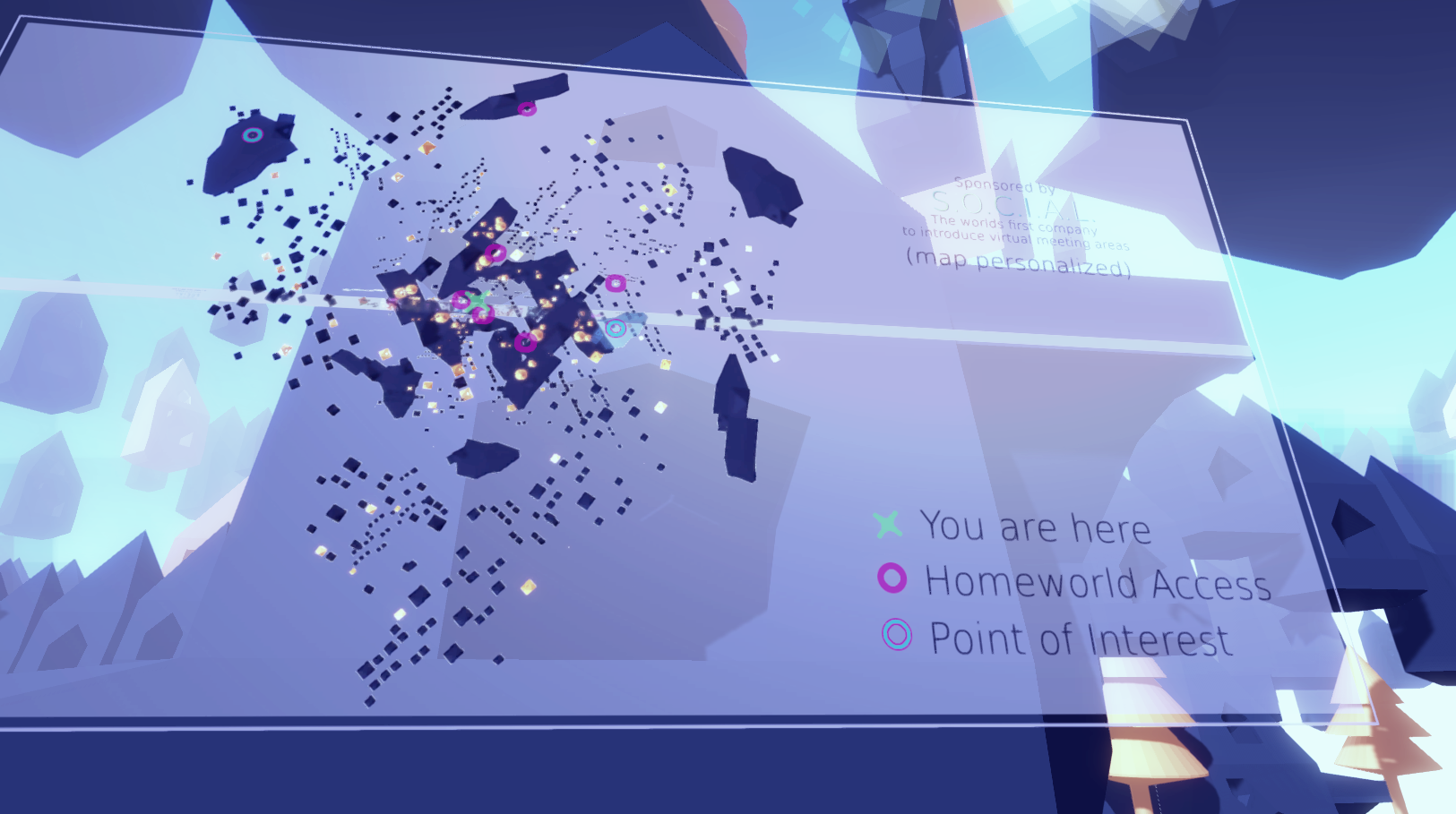 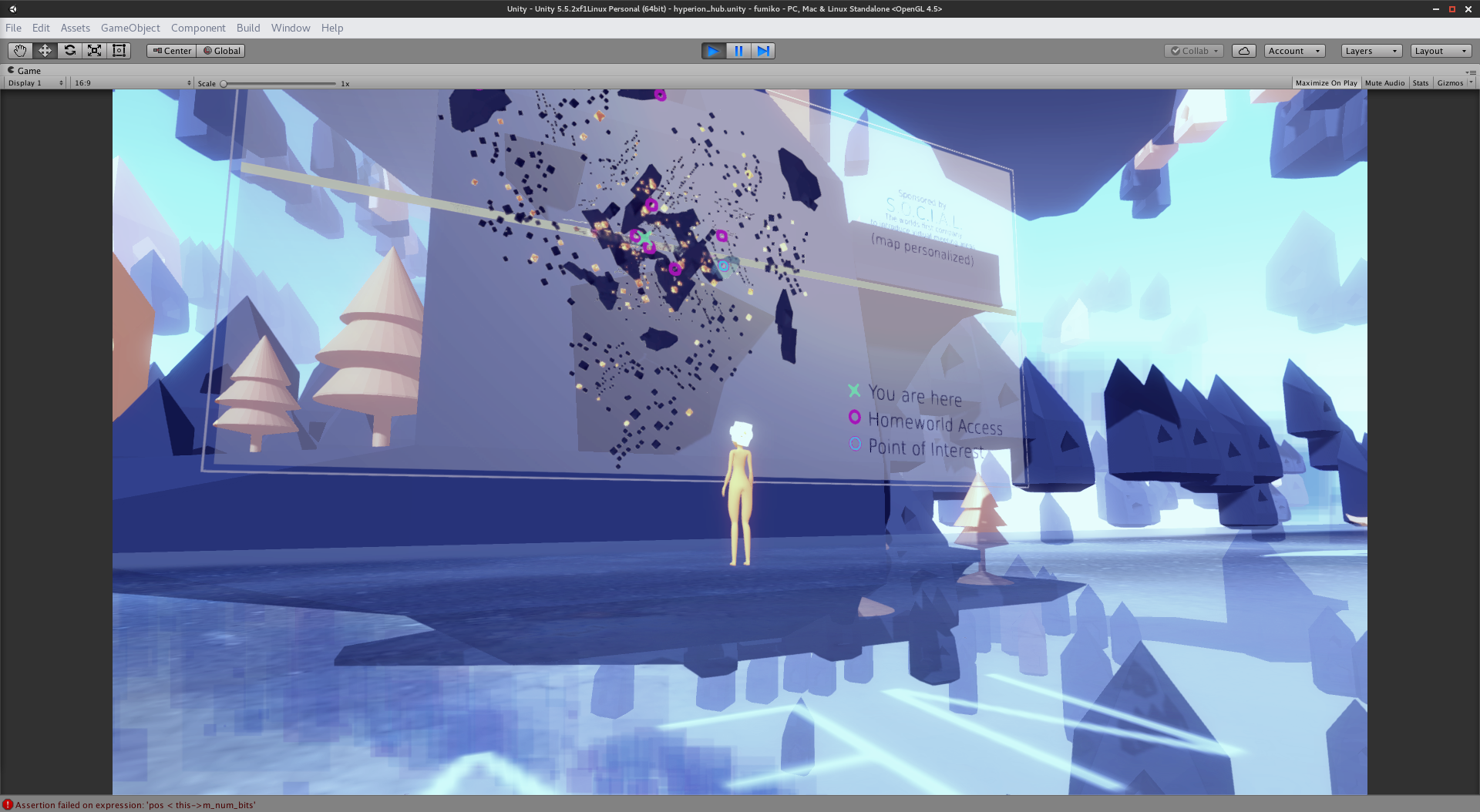 Since I'm changing how the story progresses in Hyperion, I'll also add some new scenery whenever I feel like it: 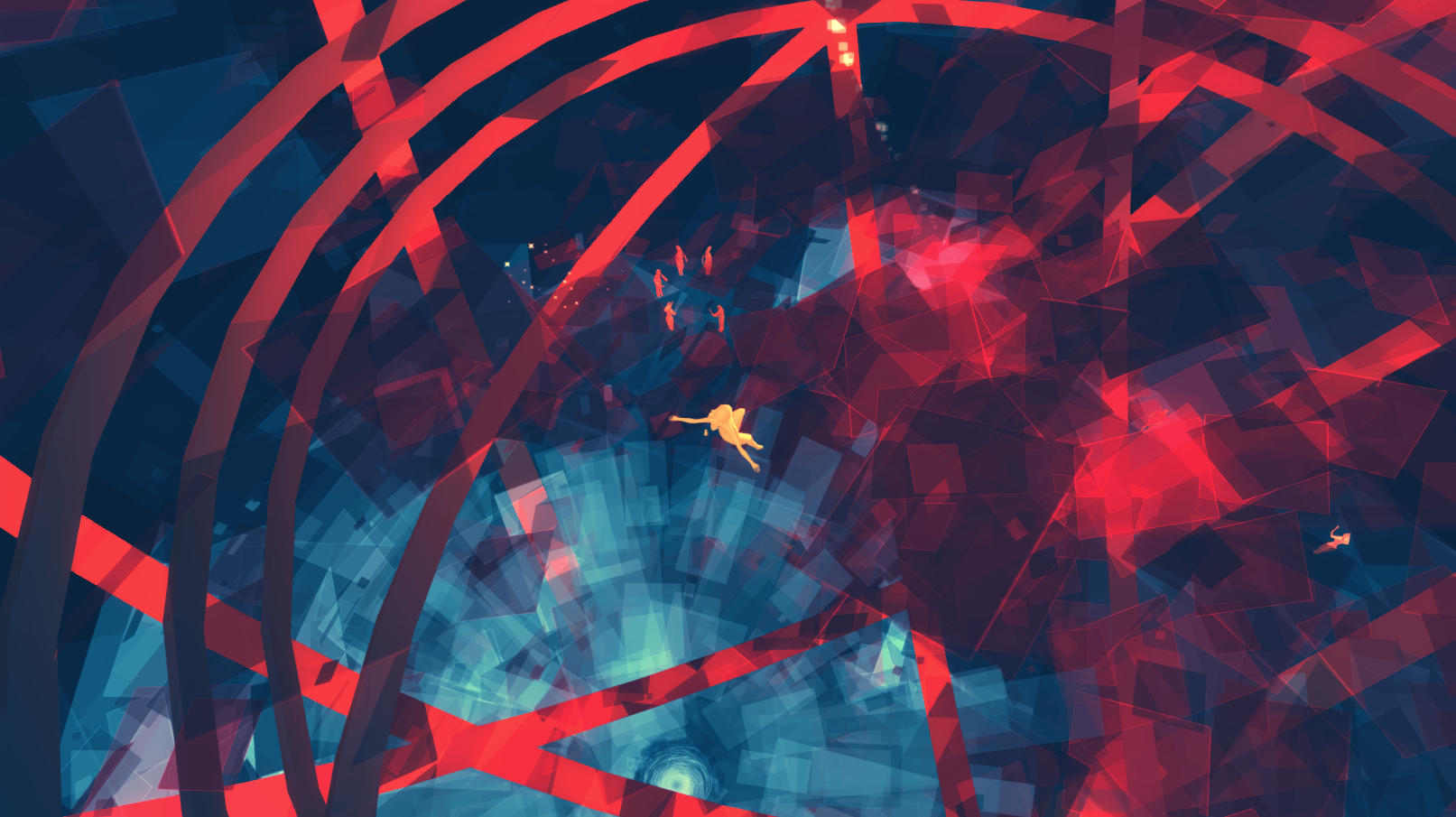 Added a small hint to the Kronos Gate that you can jump on background objects: 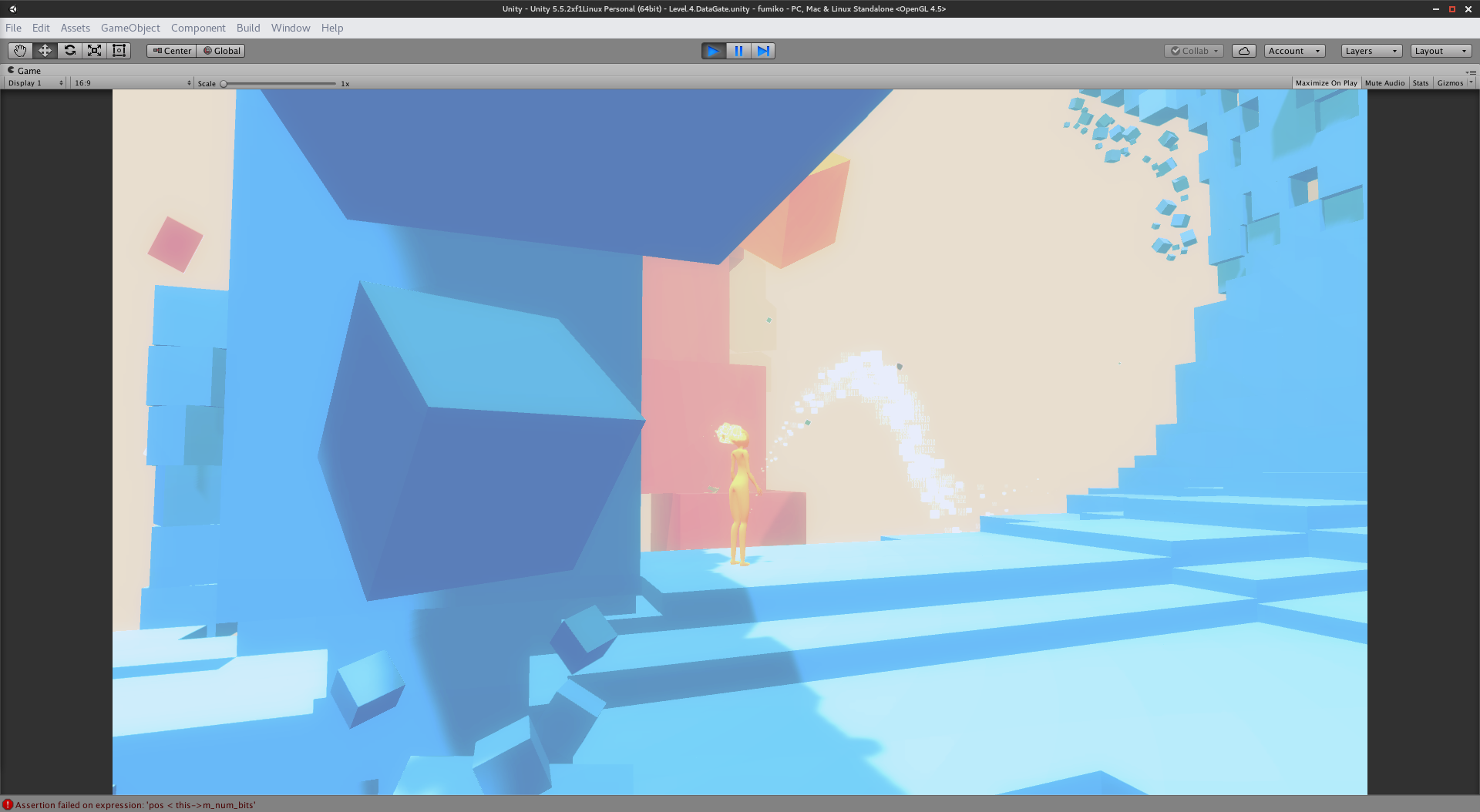 Added flowing data paths to the Kronos Bridge that will give a rough direction on where to go: 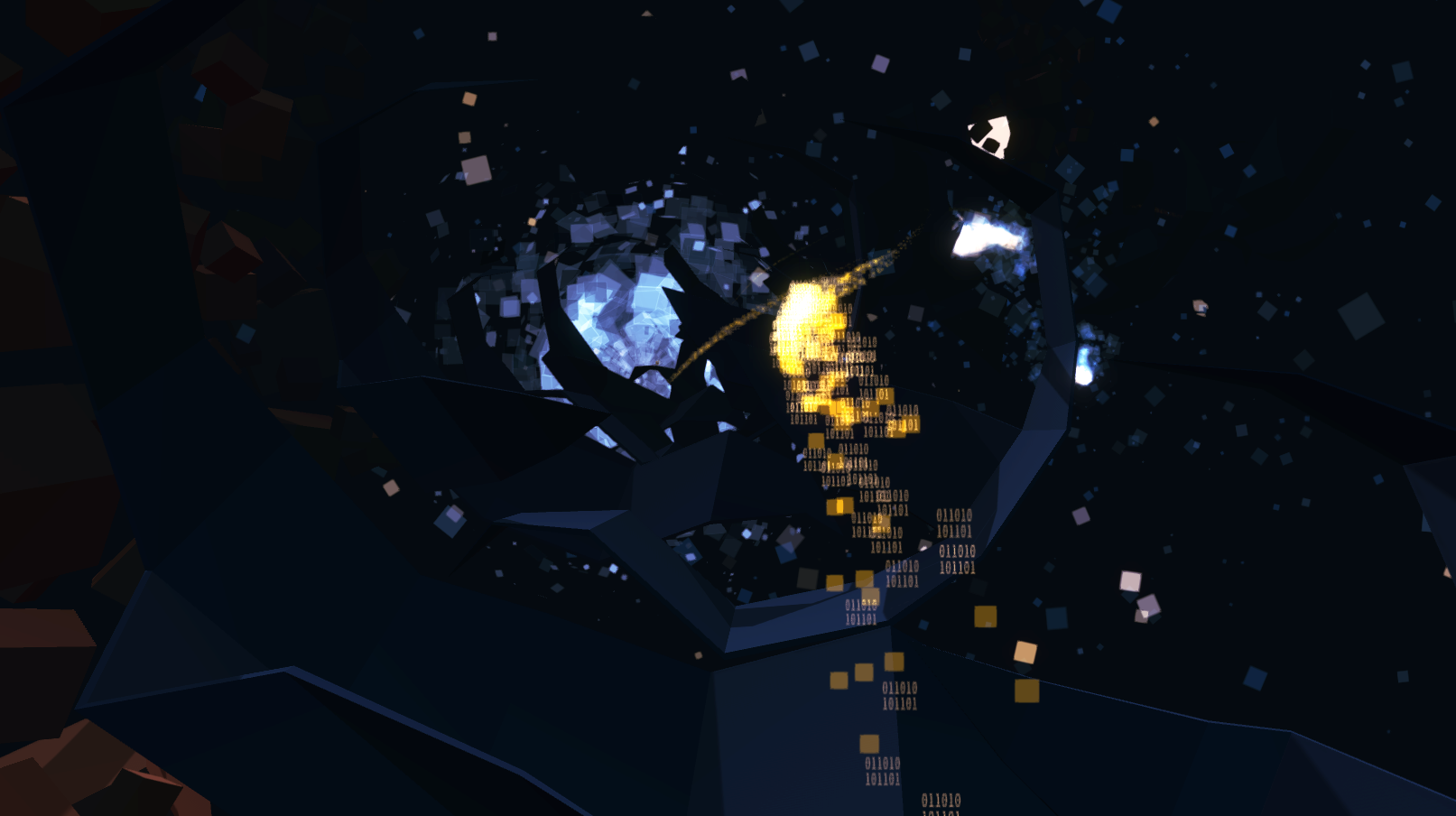 Increased the size and visibility of the ground marker (drop-shadow replacement) because some players didn't realize that it even existed and those who did probably couldn't see it consistently enough. 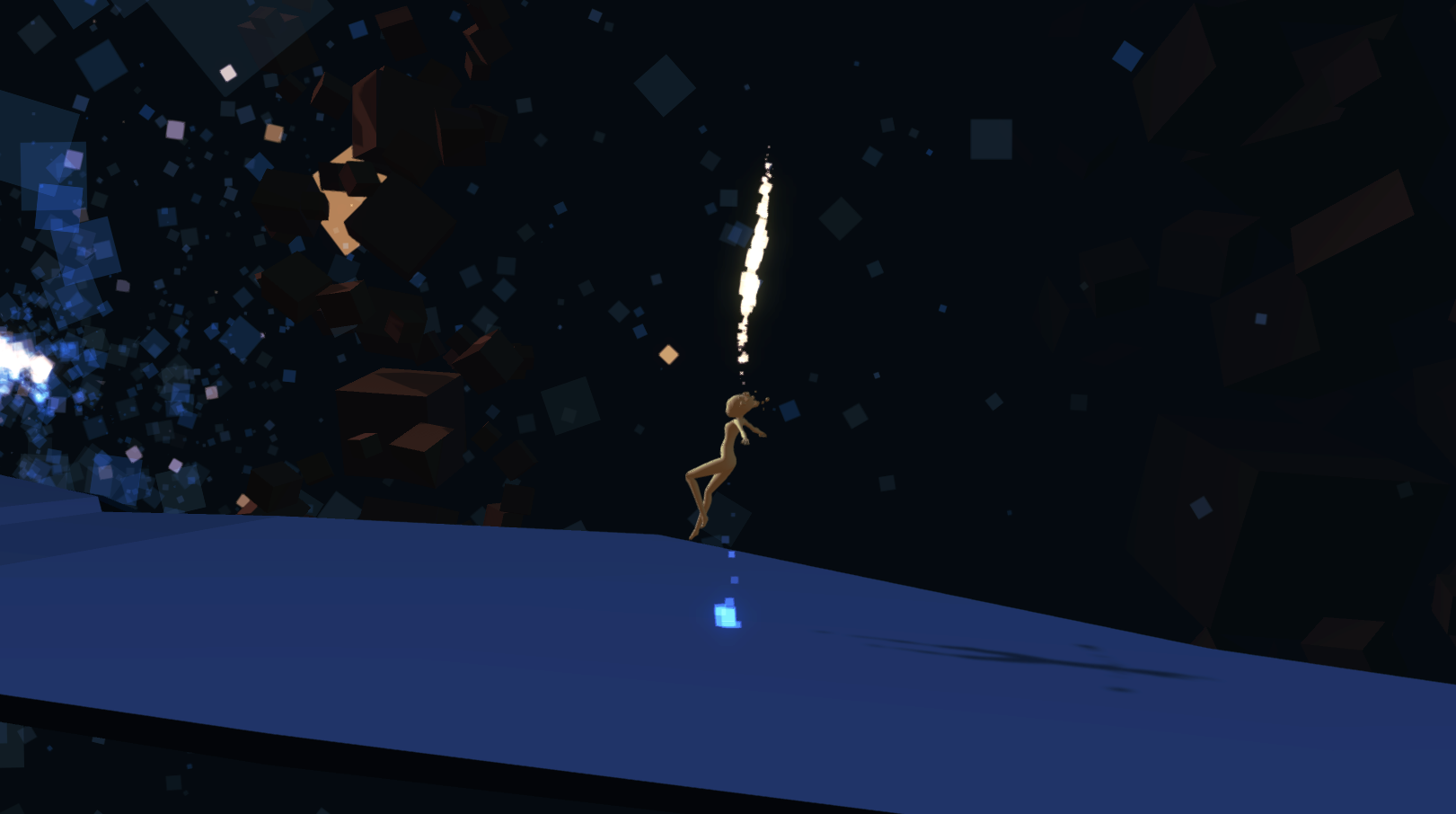 I'll try and keep you updated about the upcoming changes. If you want to try out the game, don't miss out on the free demos available on Steam and Itch.io! They'll contain 4 levels for you to chew on!