First of all a little premise. We are making Empires in Ruins with pre-rendered 3d models that are turned into sprites and sprites sheets before getting into Unity. Long story short, this involves a pretty long and slow production pipeline, but allows us to use very high res textures to provide very sharp visuals. This style winks at the 90s strategy games of AoE (and ofc a lot of other ones), mixes it with Baldur's gate production workflow and then adds some sharp modern style...

First of all a little premise. We are making Empires in Ruins with pre-rendered 3d models that are turned into sprites and sprites sheets before getting into Unity. Long story short, this involves a pretty long and slow production pipeline, but allows us to use very high res textures to provide very sharp visuals. This style winks at the 90s strategy games of AoE (and ofc a lot of other ones), mixes it with Baldur's gate production workflow and then adds some sharp modern style and the option for the player to zoom in a LOT. Basically we love to show off. 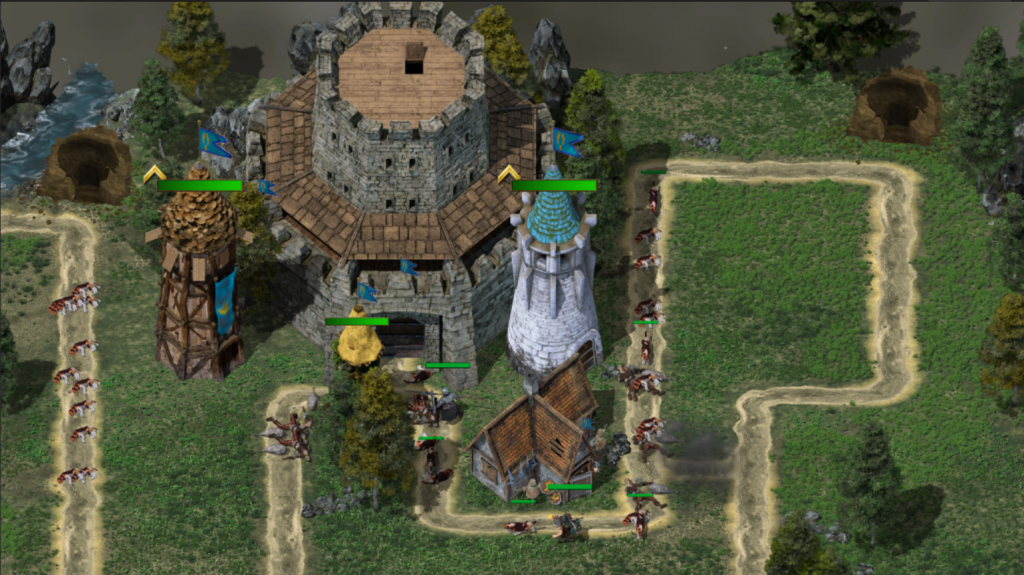 I have to say, we ABSOLUTELY love the results this far, and people all across the web seem to like it as well, but there is a higher chance of us deciding to gold plate our crotches than making another game with this style after this one. The reasons are simple: the results can be amazing, but it's harder to find a slower workflow. So, for our very first game, it's taking forever and we are loving it, ok lesson learned. For the future instead we forecast the need of producing maybe more than one game every five years.

For those still not believing me, here we go with a set of reasons that are behind my words. I would suggest reading them if you're thinking about making an old school isometric-like strategy game with Unity3D.

I am sure you made all of your homeworks, and you finally know all the suggested (and usually very helpful) optimization technique for Unity production. Time to apply them to your new game, and see them failing one after another. 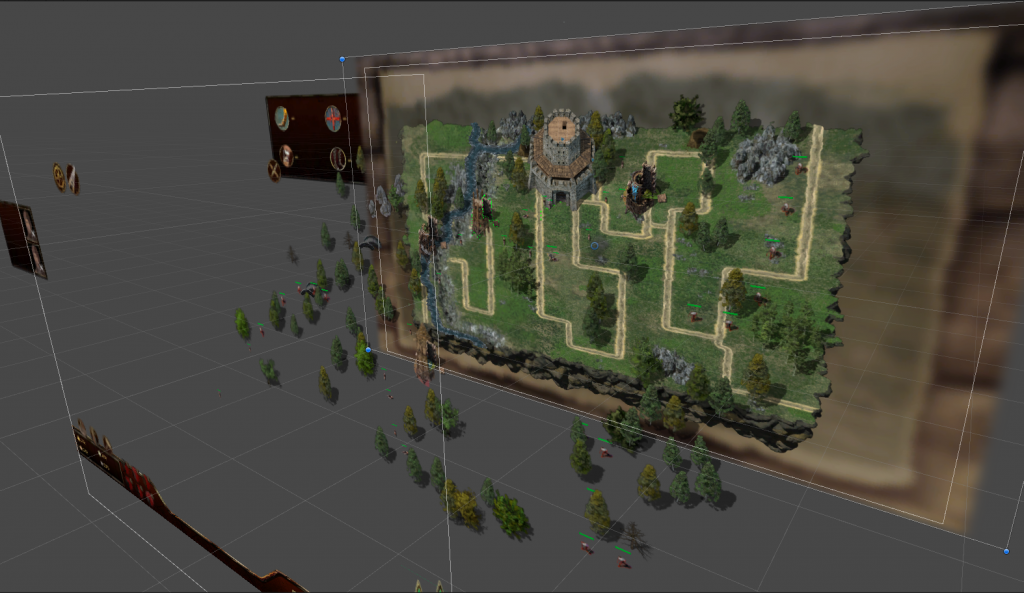 And in the very end, to summarize a bit :

Now ok, I might be coming out of a very nasty week in which i had to charge face first against most of the above topics in the attempt to optimize the game. This might have not helped me in being nice or in sounding optimistic, even though i gotta admit that a lot of stuff got heavily improved now in these last few days. 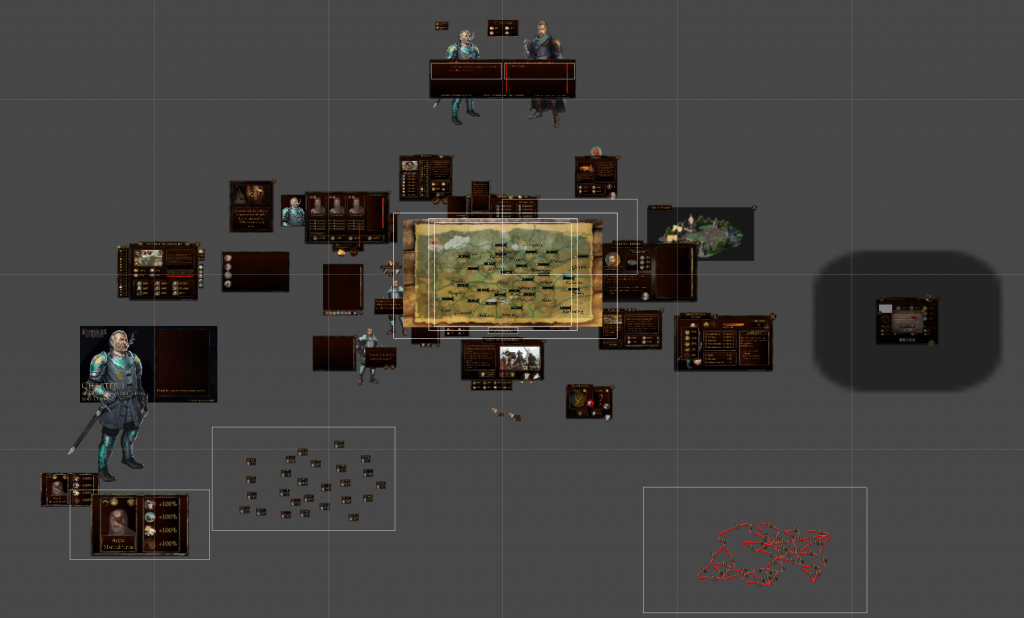 If I said something wrong, please, really please, prove me wrong and give me a link to something that shows what I can do better. I really hope to be wrong and to find new ways to optimize further our game!
Cheers, Emiliano, H&R

You're welcome man, glad that our experience can be of some use for others! I think soon I will have ready another similar article but a bit more specialized on UI issues (becuase believe me, we're meeting endless of them ;) )! cheers!

Thank you, that is actually super-useful to me. I struggle a lot with getting drawing performance on Airships: Conquer the Skies to acceptable levels, and I'm perversely glad that things wouldn't just be super-easy on Unity.

Plus I'm planning a Unity-based game where I was wavering between prerendered isometric and full 3D, and this has definitely helped me decide to just go for full 3D.

Glad to hear my rant is being useful! As I said in the end, there might be a lot I am doing wrong, and therefore maybe some problems are easier to get around by knowing the right best practices, but these days I am reading REALLY a lot about it, optimizing and changing things, and it seems that indeed, it's not a smooth easy way in any case! PS your game looks very very nice!

Couldn't you use the animation event (in Update) to flag a bool, which is then consumed in the next FixedUpdate? I imagine that'd sort your game logic determinism issue, and still leave all the audio + visual effects in frame time.

Mhm I gave it some thinking. At first I thought it might work, but then I think the following would happen : the specific even calling frame would be synced with the fixedupdate, but all the x frames passed from the start of the animation would probably still be bound to the update loop only no? I think that would be only solved if I made sure that each single frame is called in the FixedUpdate, but that sounds a very heavy overhead.

I don't know if you're aware of the existance of the updateMode enum for Animator components:

With this, every single frame of the Animator will be executed every single FixedUpdate() instead of Update().

You might just have made my day, like big big time! I love unity, but man, sometimes the information on how to do something is so well hidden! Gonna try right away, tips like these were what had me writing the article in the first place! Thanks a lot!!

Glad to be of help, Unity documentation is indeed badly written and scattered! :)

Scattered is the big problem. Basic info about one topic on one page, then after endless searching you find the rest of it in another page, obviously not linked from the first one ;) Grazie ancora, appena ho tempo provo ad applicarlo!

Looks beautiful, but sounds like you caused yourselves a lot of pain. Obviously I don't know the details of your game but I would have put the orthogonal camera at a 45 degree angle so your environment could be a genuinely flat floor with upright trees/buildings/units (and scaling to compensate for sprites angled at 45 degrees). Then gravity/physics would work as expected, sorting/batching would work as expected, 3D trajectories and LOS would work as expected...
That said, I'm working on my first Unity game after decades on a proprietary engine, and it certainly can be hard to find just the right bit of critical info. Thanks for sharing your experience!

Hi mate, first of all thank for the nice words! About the technical side instead, it's not as straightforward as you describe it unfortunately. The first issue is that Unity has a fix axis for 2d setups, so your camera needs to face that one. I mean, you could change it, but then every imported sprite would face the wrong direction, you couldn't use any longer the 2d mode in editor, etc.
Beside, yes, trajectories and gravity would work, but the issue with batching and sorting would remain basically the same (Unity's own nature) I never tried a setup like that in 3d, but i guess with ortho cameras there would be no need to scale to compensate for the position. I think it could be an option (someone already suggested something similar some time ago), would probably save some pain in simulating the 3d environment but left untouched the 2d issues.
But the way, I just did right now, before hitting save, a quick test. It looks like deforming sprites in house in Unity is not producing the best compression. To be used in the way you described, the terrain should be made squared and then angled so to be seen in this "fake perspective" we have. It seems that stretching and compressing in unity ends up in pretty ugly results. (right now the terrains come out of rendering phase already with this sort of faked ortographic "perspective")
But as I said, most probably giving it the lenght of thinking i gave to the current one, your approach would also work. It would have its own slightly different pros and cons too most probably.