It's been a long time coming, but it's time to delve deep into the last 8 months of work! Including new and updated worlds, refined controls and other polish!

I feel like every update starts with an apology, but again sorry for the wait (but not for the title pun)! Anyway we are still alive, as is the game itself! 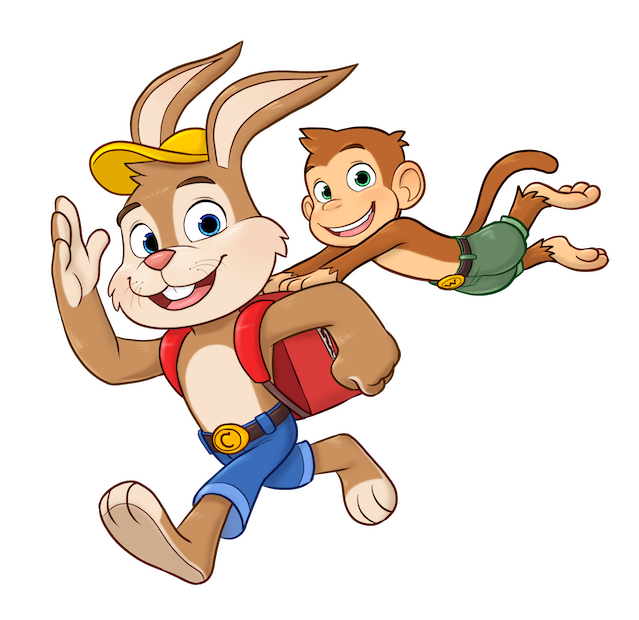 First things first, the controls; things as always are being slowly refined over time - animations updated, input delay tidying etc. Long story short, our titular duo are now more acrobatic and easier to control than ever. The goal is to have a control scheme that's easy for casual players to pick up, but with some more complicated moves that can help more experienced players speed their way though levels! For example, they have retained their crouch jump move (requiring a crouch, and then a jump), but they also now have an additional side-flip that executes when the left stick is flicked in the opposite direction than they're moving.

Next up, worlds! Since last time progress has been made on 6 of our main levels as well as The Space Between Time (our hub world). I've been concentrating on a few different facets; mainly bringing parity to the art direction, smoothing the level flow and paying close attention to colour theory. This has resulted in much more interesting, fun and distinct looking worlds with unique colour pallets for each! 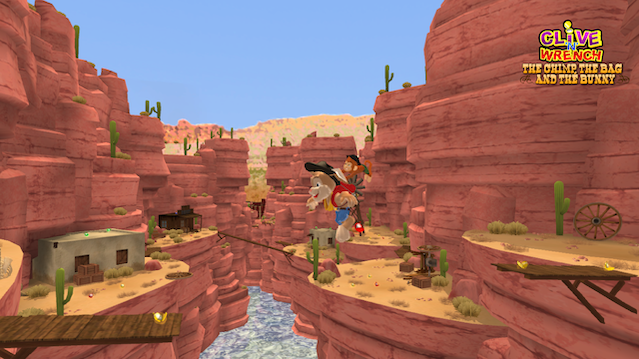 The Chimp, The Bag & The Bunny 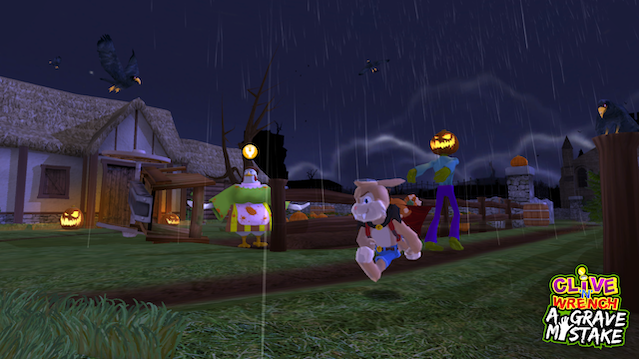 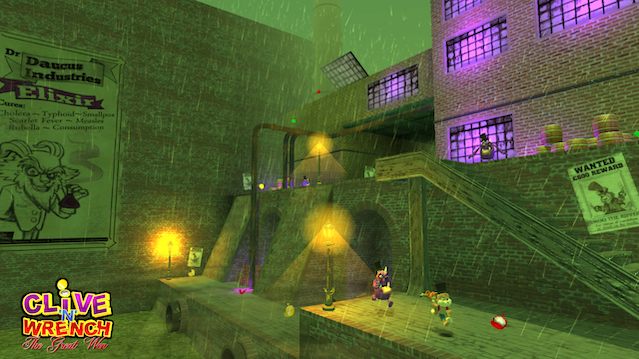 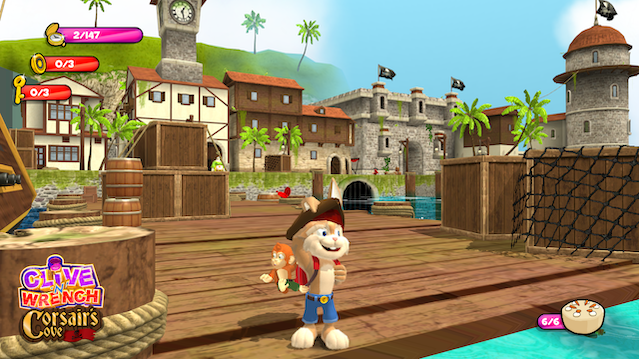 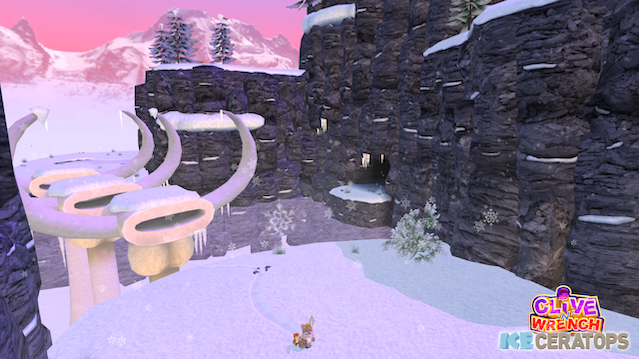 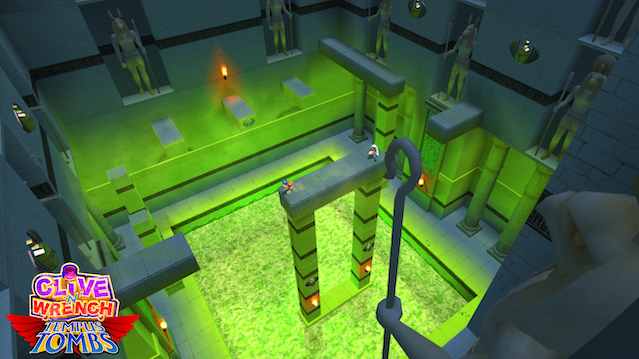 Lastly I think it's worth discussing release platforms. Back when we first launched this campaign we had Wii U as a main target platform. As I'm sure most of you are aware by now, the Wii U has ceased production and is fairly quickly being phased out, making room for the Switch. Whilst we definitely want CnW to appear on a Nintendo system at some point in the future, it seems very unlikely that the Wii U is a viable option any more. So I would like to apologise to anyone who was hoping to see Clive 'N' Wrench on their Wii U, but that is unfortunately no longer the plan.

However we still aim to launch with PC as our lead platform and with Linux and Mac hopefully following soon thereafter. As for consoles, we're also very eager to appear on one or more in the future, but that will entirely depend on how well our initial release goes! I do hope you can understand this decision, and feel free to ask any questions you may have!

Before I depart back into my creative cave, I'll leave you with the last couple of gameplay video's!

As a 32 year old kid I'm still really looking forward to Clive and Wrench. I hope for a steam release, if you do find extra funding prior to console release I hope that you bring in a shader specialist so it gets a nice current console generation sparkle to it. Thanks for all he updates, happy holidays and happy new year!

I'm glad you've stuck with it for so long!

And the same to you!