Some information about the goals this mod aims to achieve, and how it will do so, as well as addressing some common questions I've received about the project.

What is Half-Life Decay: Solo Mission?

So, it's been about one month since I first posted this project to ModDB, and I've been happy to receive a lot of positive feedback towards what I've shown so far! However, I've noticed that there's been a fair amount of curiosity regarding what exactly Solo Mission is meant to be, so I figured I'd elaborate a bit in this article. 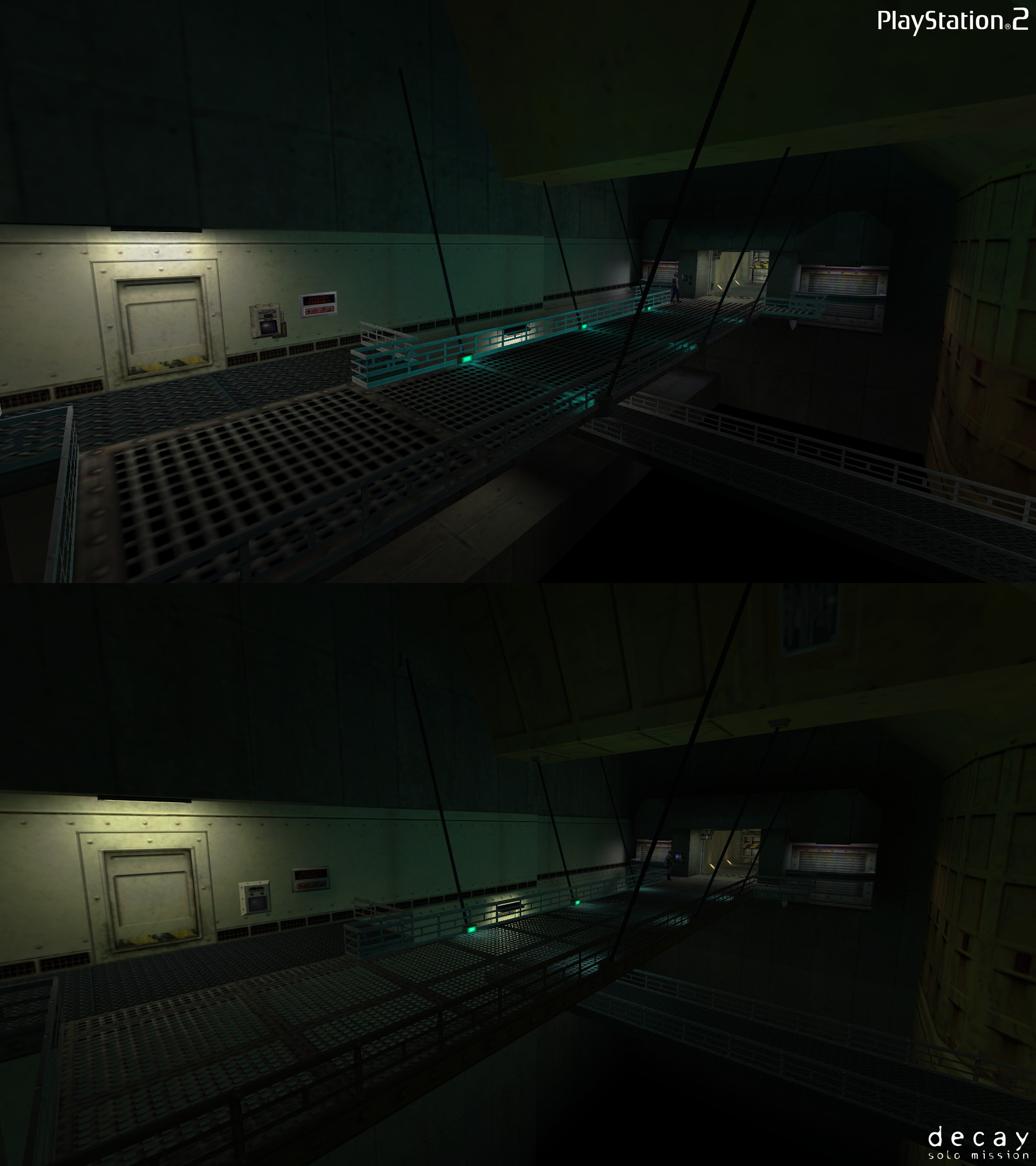 "Good mornin', doctor, looks like you're right on time today."

The short version of it is that Solo Mission is a ground-up port of Half-Life: Decay that will allow for seamless single-player gameplay. However, I like to think that Solo Mission is something a bit more than that. As every map is being rebuilt from the ground up in the porting process, I'm also combing through the maps to fix, polish, and overall improve anything that warrants it. This is not to say I'm completely changing the game, at the end of the day this will still be Half-Life Decay, simply with a few more coats of polish and detail added in to improve the overall experience. 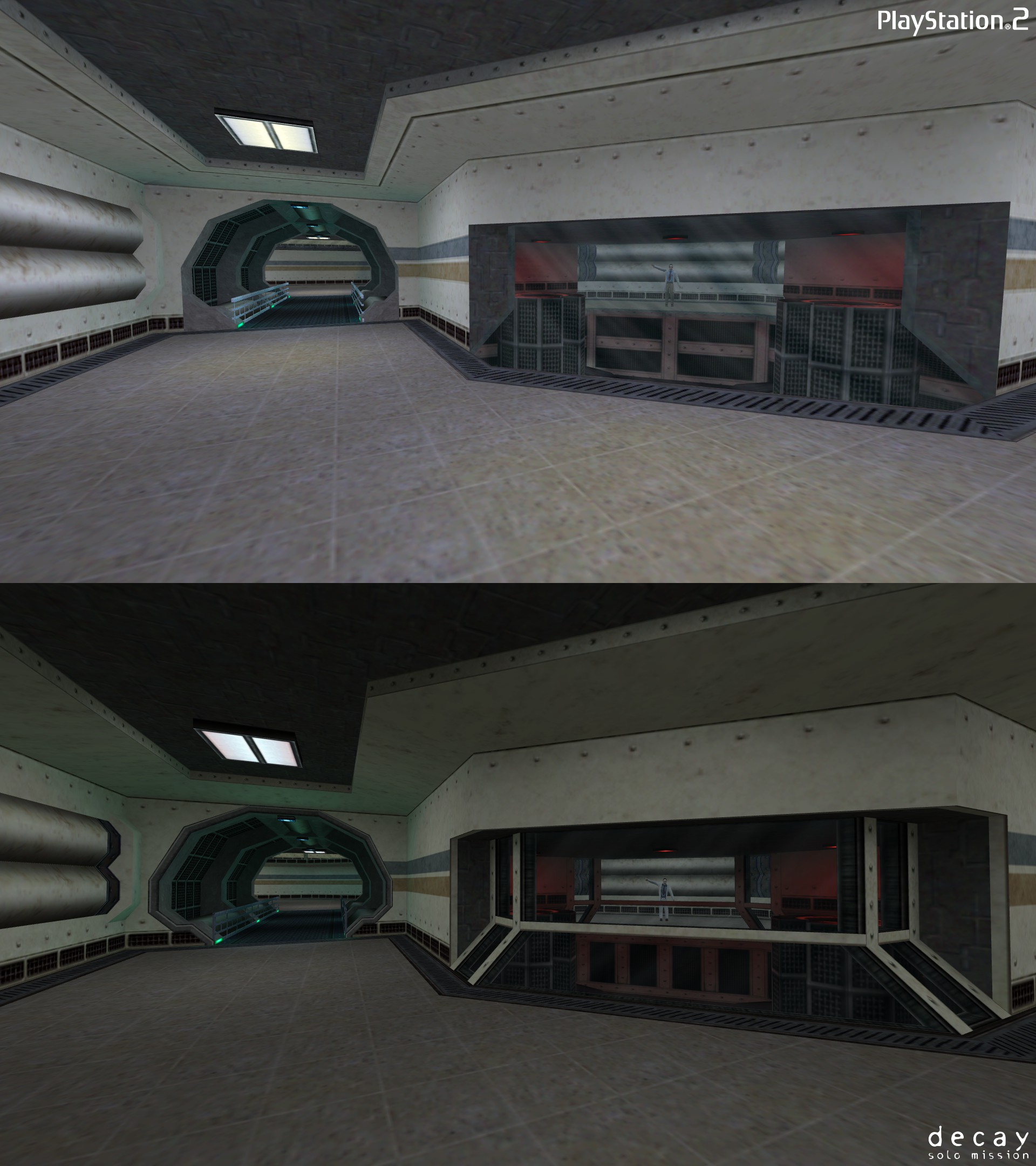 "Wasn't Dr. Keller looking for you?"

A common question I've received is, "Why make Decay single player, isn't it built for co-op? How would that even work?" There's several answers to this question, the biggest of all being accessibility. Despite being nearly twenty years old at the time of writing this article, there's currently no easy way to play Decay. Your only options are playing the original PS2 version, which would require finding a pre-owned copy of Half-Life, a second player, and using analog controls, as well as having to play in a lower resolution, or playing the current fan port of Decay, which requires setting up your own server, a decent internet connection, and comes with a fair amount of game-breaking bugs. By turning Decay into a single player experience, all of those issues are removed, making Decay just as easy to play as any other Half-Life game.

As far as Decay being designed with two players in mind, as someone who's played Decay, I have to say that most of the co-op puzzles can be boiled down to one player having to stay behind so another can progress, something that can actually result in some people not even getting the full Decay experience their first time around, as they have to stay behind for several portions of it. I've had a close look at every puzzle in Decay, and I believe that every one of them can be easily converted to work with a single player without losing any of Decay's plot or gameplay. If anything, being made into a single player experience will allow the player you experience more of the game than they would if they were playing the original co-op version. 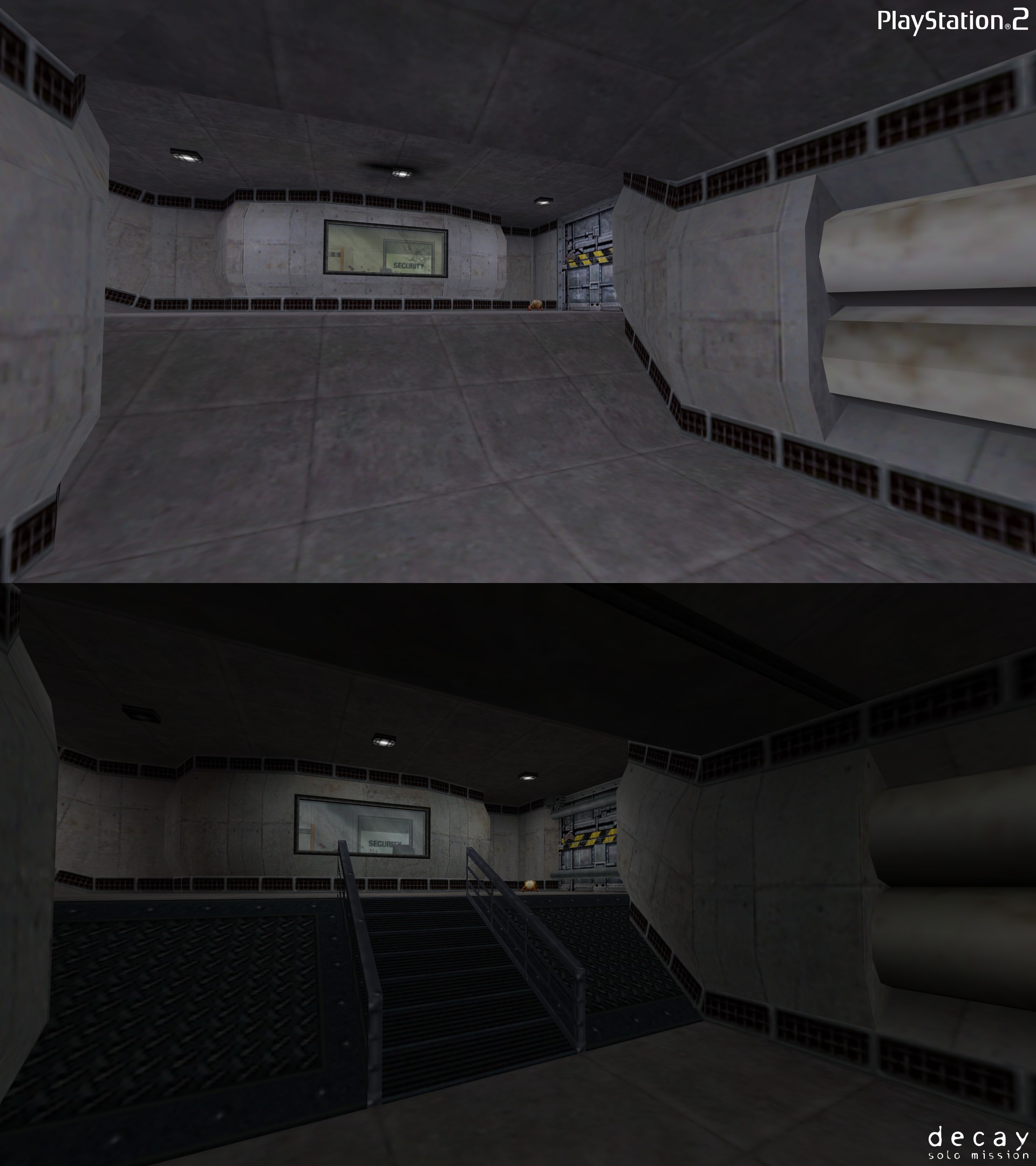 "They failed! The entire containment system has collapsed!"

To finish off the article, here's an FAQ to address some of the most commonly asked questions regarding Solo Mission.

Q: Will you be able to use the original Half-Life models?
A: Yes! One of the goals of Solo Mission is to make the aesthetics match the original release of Half-Life and it's expansions, including full compatibility with both the original models, and their original HD variants.

Q: Will Solo Mission include any of the cut content from Decay?
A: It won't. The main goal of Solo Mission is to simply make Decay into a single player experience, and to give it a bit of polish along the way. If I attempted to start adding new chapters to it, it'd stop being Decay and turn into something else entirely.

Q: Will the mod feature a co-op mode?
A: It won't. All of Decay is being re-worked in order to suit single-player gameplay. The amount of work to make the mod co-op would not only require re-reworking all of the levels, but would defeat the point of the entire project.

Q: Will the bonus mission, "Xen Attacks", be present in Solo Mission?
A: At the moment, the only focus of the mod is to complete Decay's main campaign. That said, once Solo Mission is complete, releasing a single player version of Xen Attacks is not out of the question! 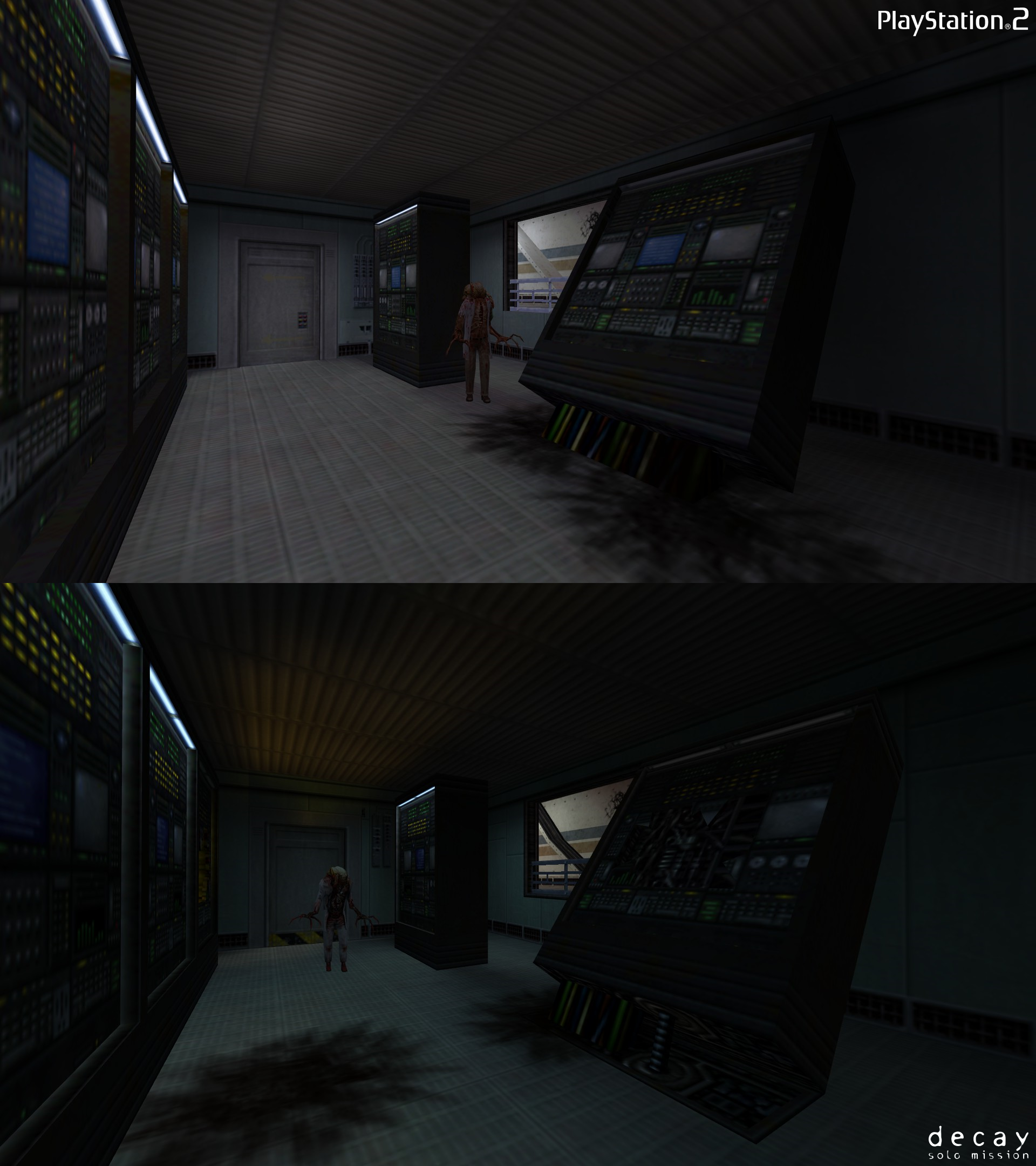 "This is a resonance cascade, Doctor Rosenberg."

If there's anything you'd like to know that isn't addressed in the article, feel free to ask your question in the comments, and I'll reply as soon as I can! Thank you for taking the time to read all this, and I hope to have more progress to show you all in the future!

amazing, can't wait for it!

Still really happy to see that you are DIRECTLY recreating the PS2 maps instead of using the incorrect/inaccurate PC ported maps. The second set of images always bothered me because the 'pylon-esque' things not only face the wrong direction on the 'PC-port' but are also the post-disaster ones, being submerged in liquid.

Will the amount of enemies be the same of different?

The enemy placement and amount won't be identical, but I'm going to try to keep it as close as possible without becoming too overwhelming for one player to handle.

Are you going to edit the dialogue so that they do not sound like they are addressing two characters at once?

If you want my opinion, Decay can be finished solo by switching both characters, it worked for me.
At first, I thought you gonna add an AI for the other player (which I wish it could happen one day) but a solo experience is something I would like to see it too. Good luck!

You could, but I'd say it's far from an ideal way to play it.

I was just trying to say that it is possible, not impossible as many thinks.

It's awesome to see that your making a decay remake for SP. Love your other stuff you've worked on too!

This is going to be my new favorite way of replaying Decay.

The 11 year old me back in the day used to dream about playing Decay in single player mode. :D

I guess that Gina will be the main character of this mod, but will you make Colette an actual, fully-working NPC?

This looks interesting! I had the ps2 copy of half-life way back in the day but I never got more than an hour into Decay.