Summon the exterminators! We've got bugs to kill!

Just a quick update today, but first we'd like to say how happy we are with how Ages of the Federation 1.0 has been received. We've received enough kind words to sink a ship. Thank you, all of you! 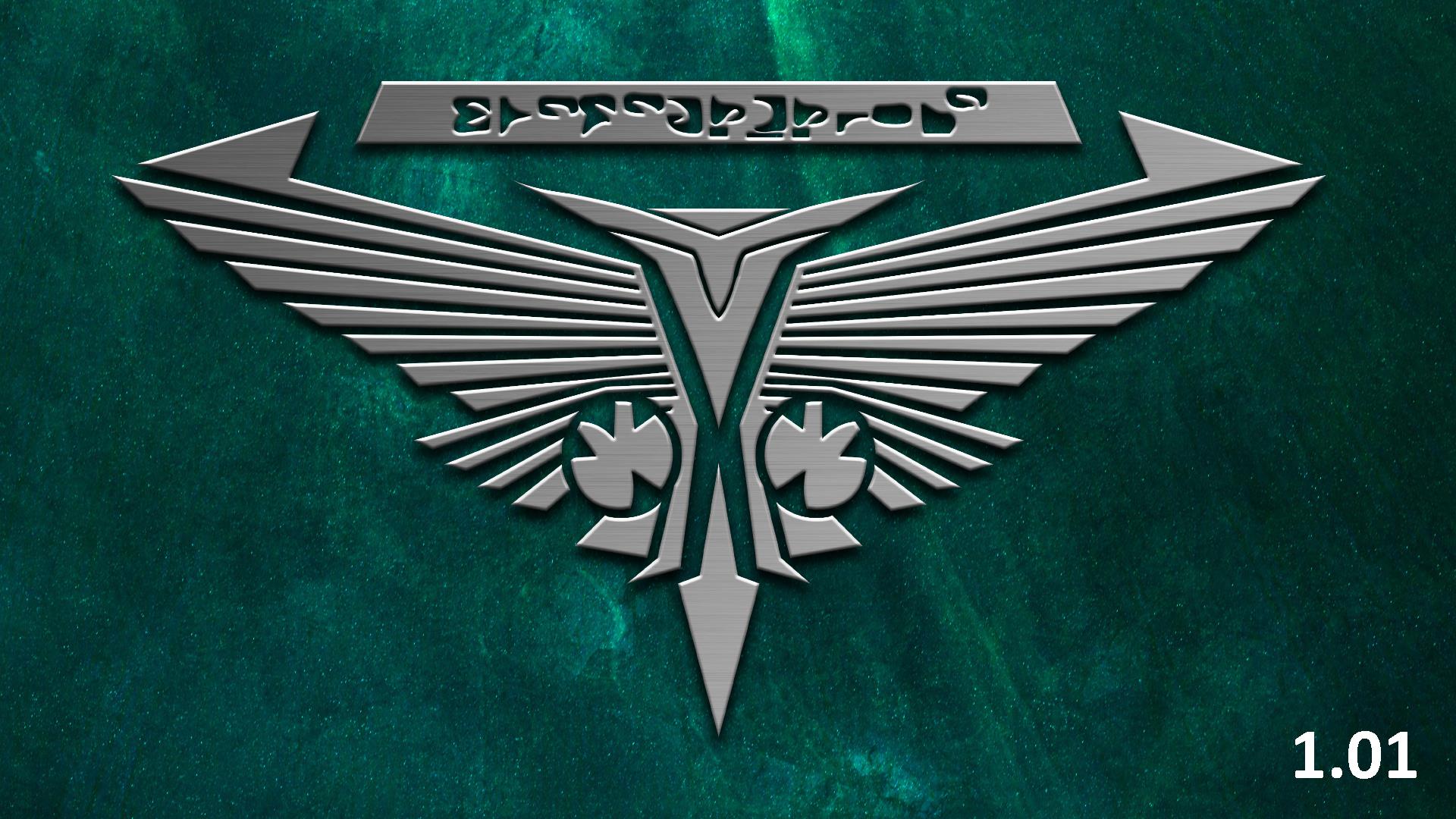 Due to the international outbreak of COVID-19 and the huge changes to how most of us go about our daily lives for the time being, we decided to release Ages of the Federation 1.0 early. This meant that we had to forego most of the beta testing period of development. As a result we ofcourse expected bugs and oversights on our part to be revealed. Thankfully, your feedback has been instrumental in bringing some of these issues to light.

As such, we've been hard at working stamping out bugs and filling gaps, and we're happy to announce that version 1.01 is now ready for download!

Developer SovereignEcho, who many of you may know from our livestreams and from the excellent Dawn of the Reapers mod, has this to say about the changes he's made to the titans. Take it away, Echo:

The Constitution has been considered the weakest and most boring of the Titans in the past, and while it was always reasonably strong, it is fair to say that its abilities scaled poorly and that it never had the same feeling of impact on a battle that the D-7 has.

To rectify this, I have adjusted its abilities to self synergize better. With fixed durations and cooldowns, as well as a more sane scaling rate on Inspiring Presence, the Connie now properly benefits from its own ability cooldown speed improvements, allowing it to achieve 100% uptime on its powerful buffs.

Further, there is more competition between its generic antimatter upgrade and weapon upgrade, as it needs the antimatter to keep using its abilities, but its weapons upgrade gives a lot more punch to those abilities, as they buff its innate weapons instead of doing their own damage.

Rotate Shields was also not performing as well as intended, granting the ship near invulnerability against regular attack, but leaving it very vulnerable to shield bypass. It now doesn’t shrug off regular attacks quite so easily, but shuts down enemy shield bypass attacks very effectively, ensuring that the Connie’s defenses are more evenly distributed.

Overall, these changes should allow the Connie to deal a lot more damage and generally dominate the battlefield on its own, instead of being a one dimensional fleet buffer. Though still not the flashiest Titan, it might very well be the most versatile and powerful in terms of raw stats now.

The D-7 is a damage dealing monster, and rightly so. However, it has been overperforming a bit at higher levels, thanks to its extremely strong scaling. To bring it back down to the appropriate level, I have adjusted Magnetic Pulse to require more levels before it allows a fleet to significantly bypass the shield of a priority target.

The real offender, however, was Torpedo Salvo. This ability dealt huge amounts of damage to multiple ships, and did so for not a lot of antimatter on a very fast cooldown. When combined with the generic Advanced Reactor upgrade its cooldown got even faster. Accordingly, the cooldown and antimatter costs have been heavily nerfed.

I am hoping that these two abilities being nerfed will reduce the D-7’s ability to single handedly demolish enemy fleets, and encourage more use of the Projected Stasis Field.

The V8: Vas Hatham is the newest of the Titans, and the least in need of tweaking. Its abilities are all designed to interact with its cloak, gaining more powerful and different effects when used while under cloak, but I was perhaps a little too afraid of this thing becoming OP when I first put it together, so it has received some buffs.

First, Enveloping Torpedo was changed to do somewhat more damage, but more importantly, it now does its damage faster. This will help it feel more powerful and have a more prompt impact on a battle at higher levels. It’s antimatter cost was raised to be in line with other Titan main DPS abilities, and make it a little harder to manage the V8s antimatter economy.

The Nuclear Diversion was originally designed as an escape tool for the V8, but I now think it prudent to allow this tool to impact a battle more freely. Thus, a cooldown reduction and a duration increase. Though it may not seem all that impactful in its standard form, if used while the V8 is cloaked it can disable an entire fleets weapons for 20s, which is immensely impactful, and well worth dropping the V8 itself into cloak for a short time.

That's all for now. Go ahead and download the update, and keep enjoying the mod. We'll be back again soon.

Hopefully that Probe change will mean I don't lose the game in 10 minutes because I don't notice my capital(s) being bombarded by it. :P Thanks guys!

With the new changes the player/ai controlling the minor faction will have to have researched both the techs which upgrade the strength of minor faction abilities (which are both mid tier techs).

They then need to fire off the ability which is now a lot more expensive, and the probe itself has a different damage type meaning it's much more susceptible to damage from different ship types.

To top that off there's a much longer call-down on it being used a second time, so if you manage to kill it you've got time to try and capture or destroy the minor faction.

Whew, that'll be welcome. I just finished a 2v2v2 game that went about 12 hours. The damn feds had the Xindi faction deep in their territory and were smoking everyone with it. They destroyed 3 or 4 planets and I was fighting off the smaller probes all over the galaxy non-stop. And they were hard to kill!

I finally took the planet away from them but before I could really give them some of their own medicine, their culture destroyed it. Turned it from a minor faction planet into a regular capturable neutral without abilities. Deflating, to say the least.

Good updates. I especially like the Xindi probe stuff and construction ships to Minor Factions. I hate it when their stuff gets destroyed and can't be rebuilt.

In the next update you guys might take a look at culture strengths and cool down times or something. I was playing as Klingons against the Federation and their culture was insanely hard to combat. I get that theirs is probably supposed to be stronger than the others, but damn! This is all from the perspective of having my culture research maxed out and spamming comms relays on nearby planets and giving border planets the culture upgrades.

Regularly I would bombard an isolated Fed planet (so the culture wasn't boosted by another close planet) and kill all the comms relays but the culture still hung around forever. Like still strong enough to be "attacking" planets of other factions although the Feds didn't have a planet in the area anymore.

Also, as I said above, their culture was able to "destroy" the Xindi planet after I finally took it from them. Made it into a regular neutral planet instead of a minor faction. Not sure if that's intended or not (if so, fine) but what was really galling was that they didn't have a planet nearby "projecting culture" to it. Hard to explain, but it was just a leftover culture line from them that was only on one space lane and only went from the Xindi planet about halfway to another neutral one. My planet on the opposite side couldn't project enough culture nearly fast enough to get rid of it and the planet goes poof.

Has anyone encountered desyncs while in a multiplayer game?
If so, is there any solution on a desync problem?
Awesome job btw, you Devs have done a hell of a job! Really talented artists you all are!