An internal Dev only playtest ahead of the next patch release, bug fixes, gameplay implementation, and some hard results in this weeks update! 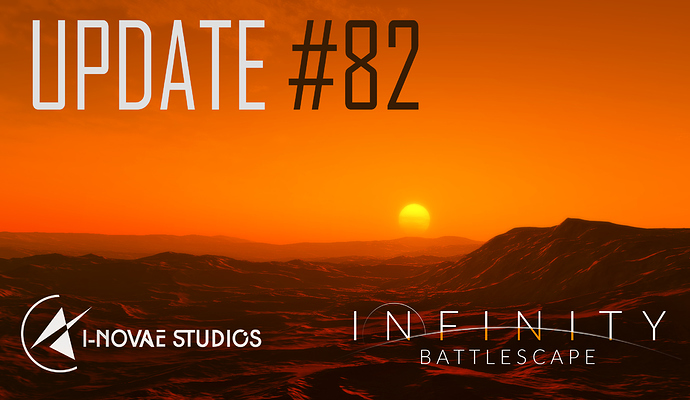 Hey everyone it’s time for your weekly update! This week’s major milestone was getting the whole team playing the game with the new networking code. These internal playtests went smoothly as expected and, while there are still some finishing touches to be made later, the new networking code provided a solid experience. To push things a little further we then spawned 200 simple bots that just fly around shooting like crazy. At 4k resolution with Extreme detail enabled on a computer with a GTX 1080, an Intel 6700k, and 32gb of RAM the game was averaging about 30fps. Overall this is encouraging, even though planets weren’t enabled in the test, because we still have a tremendous amount of optimization work left to do. The game scaled gracefully by decreasing resolution and/or level of detail such that each machine we tested with was also averaging roughly 30fps with 200+ “players”. 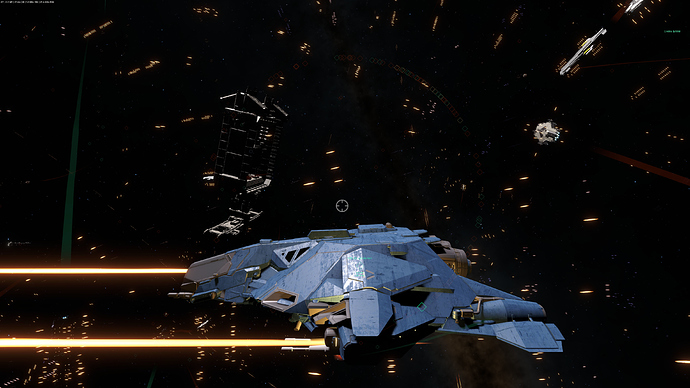 An interceptor on the Blue team firing away

On the art side Kristian has finished the land base. He’s now working on putting together different land base layouts to create a palette from which land base configurations will be selected during the beginning of a match. Jan is nearly done with the bulk of the work on the space station materials however decals and fine details will still need to be added later. Dan continues his work on the destroyer and work on the remaining capital ships should be getting started within a few weeks. 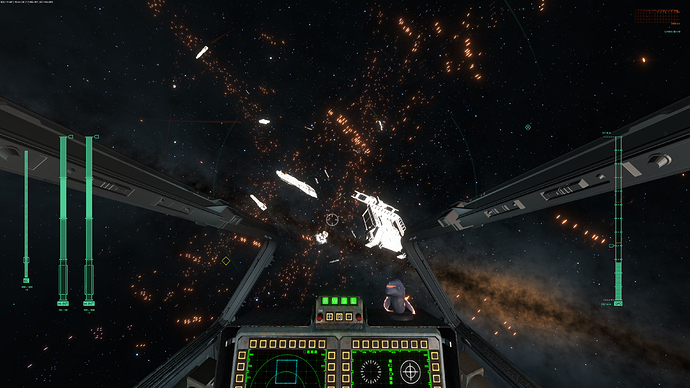 The cockpit view of a large space battle

With everything looking good from our playtests last week the only remaining blocker, as we’ve mentioned before, is the server-side planetary collision detection. We still don’t have a good estimate for how long that could take but we’re hoping within a few weeks. Aside from all of that we also upgraded our forums and rolled out some minor updates to the website. That’s it for this week, until next time! 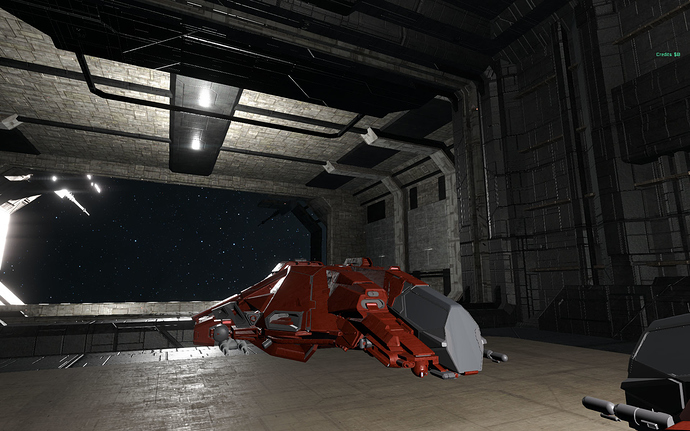 Some interceptors from the Red team spawning in a hangar bay

Nice to hear a new update. So, will it be possible to fly around enjoying the views, without joining any battle servers? I know, I know, this game has "Battle..." in its name :) You do know, what sometimes happens to games that are multi-only, right? :) Some singleplayer experience possibility can help stay game afloat and alive in times when online popularity is not as high as it is hoped.

Čau. They said they might have that. But don't expect any AI opponents. Since they are already way behind scheduled.

Paldies par informāciju! ;) Thanks for info. Yeah, even if that info is as "bad" as expected. Ok, ok, not exactly bad, just I shouldn't expect something that is not really planned anyway :)