Hundreds of ships in game, flying about, all firing their weapons at the same time... what a test! 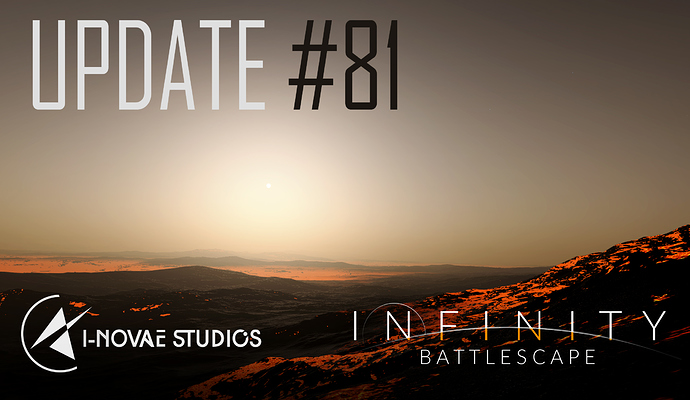 Hey everyone it’s time for your weekly update. This week’s effort has primarily been focused on polishing things up for the next patch, fixing some crash bugs that have popped up, finishing the initial implementation of capital ship controls, and working on server-side planetary collision detection. The most exciting part of the last 2 weeks has been watching investments we made a year ago begin to pay off. 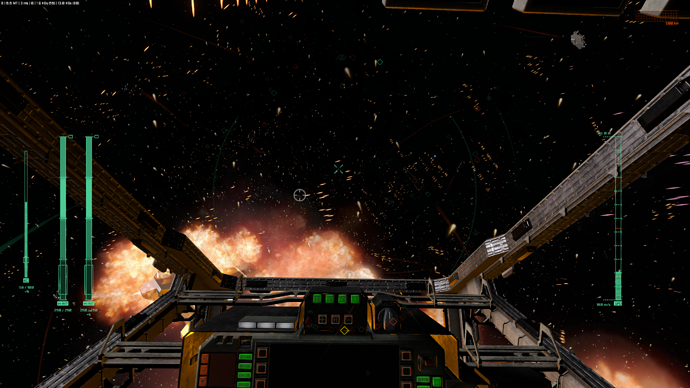 A massive space battle with lots of shooting

To back up a bit, when we launched our Kickstarter we hadn’t touched our networking code since the release of the Infinity Combat Prototype (ICP) back in 2007. In fact, we hadn’t done much of anything with our technology beyond working on the planetary tech since 2007 because high quality real-time planets rendered to scale are extremely difficult. For the prototype we showed off in the Kickstarter we hacked together a quick demo in about 6 months. Since we didn’t know if our Kickstarter would succeed every engineering decision made with the prototype favored a quick pace of development over runtime speed, quality, and security. 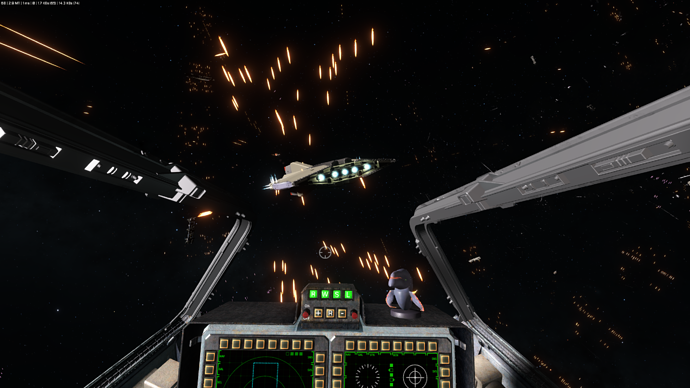 Summer of 2016 is when we first began to realize that we were going to have to start addressing these issues sooner rather than later – starting with physics. Once the physics upgrade was completed we knew we had 2 major items remaining: networking, for both security and performance, and full-engine multithreading, which is required to be able to support 100’s of players. Full-engine multi-threading was started last November, our last patch was in January, and the new networking code was started in earnest in February. Unfortunately, finishing the new networking code and the full-engine multi-threading ended up taking significantly longer than we had anticipated, however, with the next patch right around the corner these investments are now starting to pay big dividends. 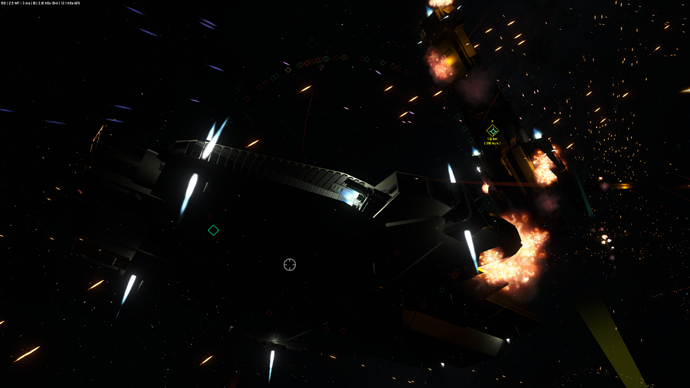 A destroyer in chaotic battle

Over the last two weeks we’ve been able to implement, within a handful of hours, game systems that previously would have taken multiple days. While it’s unlikely we’ll be able to make up all of the lost time our expectation is that the game will quickly start to take shape over the coming months. As we push toward the release of the Alpha our goal is to get to the point where we are releasing a new patch at least once every week. As the game starts to get more mature we want to combine these weekly patch releases with a large weekly playtest. To that end Flavien has started work on server-side planetary collision detection and our fingers are crossed that it doesn’t take too long to resolve. As we’ve mentioned before this is the last major blocker and once he’s finished we should be able to release the next patch shortly thereafter.