Flavien teases some screenshots of a simulated 400 player battle. Time spent on critical engine features is beginning to pay off big as we near our next patch, and push on to Alpha. 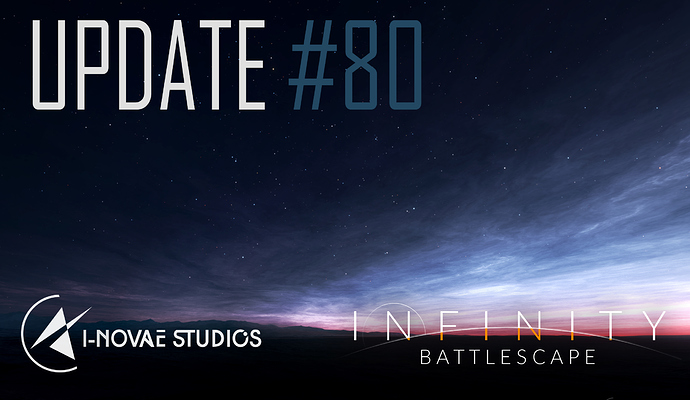 Ladies and gentlemen, here’s your weekly update! We have some exciting stuff to show off this week. Flavien performed a 400 “player” stress test of the game with the new networking code using simple AI bots in a simulated “massive space battle”. The initial results were quite encouraging and I believe are best summarized in Flavien’s own words:

“man, I juste tested a 400 ships battle. this is insane. totally insane. once we have weapons in and polish it this is gonna be big. hard to hold back to not tell the world yet ^^. made massive improvements to the camera system too. it's starting to look like a professional product. the feeling of movement in the interceptor is pretty awesome. I hope I can get it right for the other ships too cause I'm mostly testing/tuning the interceptro so far. now the big question: once I add weapons/projectiles, can we still handle those big battles? we must find a way to it's just too awesome. no other game has such a feeling IMO.” 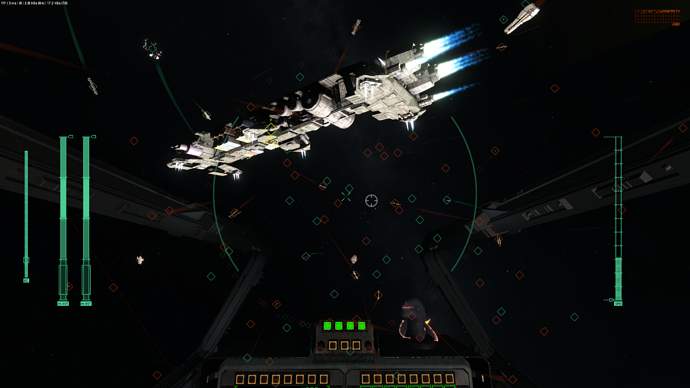 Can you feel the excitement!? I hope so because we’re legitimately excited. These screen shots don’t really do it justice but we aren’t planning on releasing any new video until after we ship the Alpha (I already blew his cover by telling the world). Naturally, this leads to the question of when will the next patch be ready so those of you with access can try it out for yourselves? Originally, the next patch was going to be nothing more than a direct port of the game to the new networking code however, over the last month, it has evolved into new networking code combined with a Whole Bunch of Stuff™. Flavien has assured me that he will be finished working on the Whole Bunch of Stuff by Wednesday and then will start on the server-side planetary collision detection – for real this time ;) . Unfortunately, I caught the funk a week ago Monday and was sick for most of the week so not much new to report on my end. 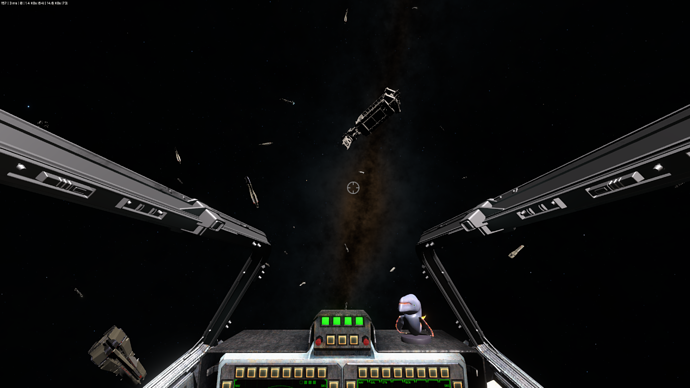 That’s all for this week. In our next update I’ll talk about how everything we’ve been working on over the last ~8 months is finally starting to come together and while the extra wait has been painful we’re optimistic it’ll pay dividends over the long run. 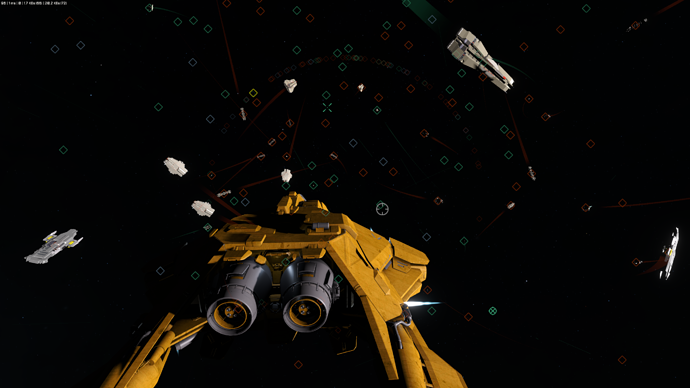 One last screen shot of a simulated massive space battle