A smaller than usual report on our current activity. Keeping everyone up to date on our status. 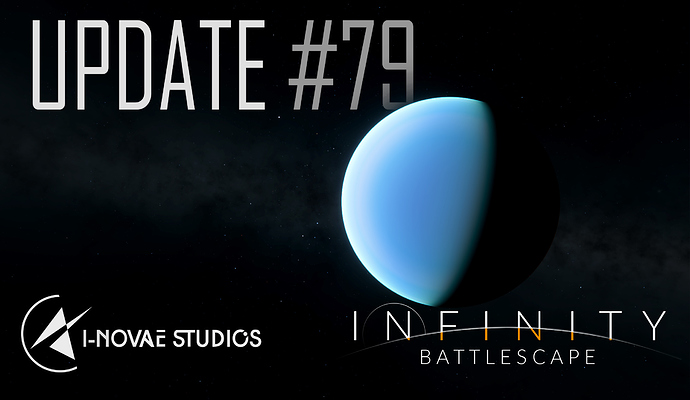 Hey everyone it’s time for your weekly update. Last week we mentioned that Flavien was going to be resuming work on server-side collision detection. In the end he decided to put a bit more time into a variety of gameplay systems including the HUD, cameras, controls, etc and server-side collision won’t be addressed until next week. This could push the next patch back by a week or 2 but the extra layer of polish will hopefully make the additional wait worthwhile. On my end I spent the early part of last week working on finishing up text trimming. That effort got sidetracked by some website problems that popped up requiring my immediate attention. The rest of the week was consumed by stuff regarding the coming birth of my first child. 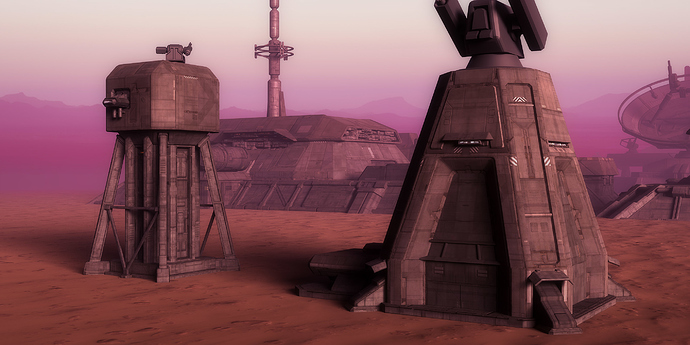 Pre-rendered image of land base defensive towers with placeholder weapons

On the art side work continues on the usual: land base, station materials, and destroyer geometry. As we’ve mentioned before those should be wrapping up over the next few weeks and then work will start on the final geometry pass for the carrier and the cruiser. Once the next patch gets released work will begin on different types of weapons and the art team will also be spending some time on weapon effects. 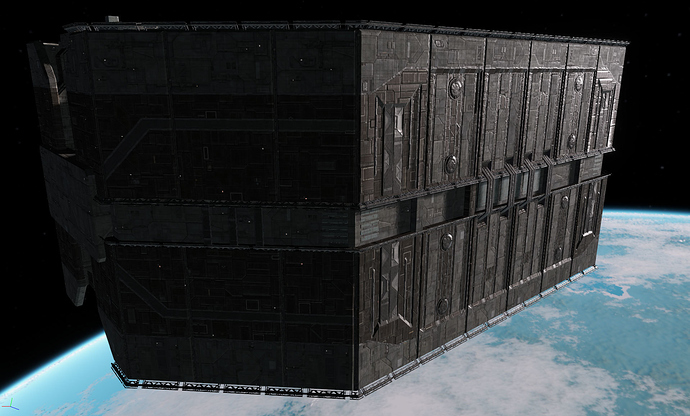 That’s it for this week, until next time!