An updated look at the first Capital ship asset (WIP), some more space station modules, and another completed asset for military ground bases. 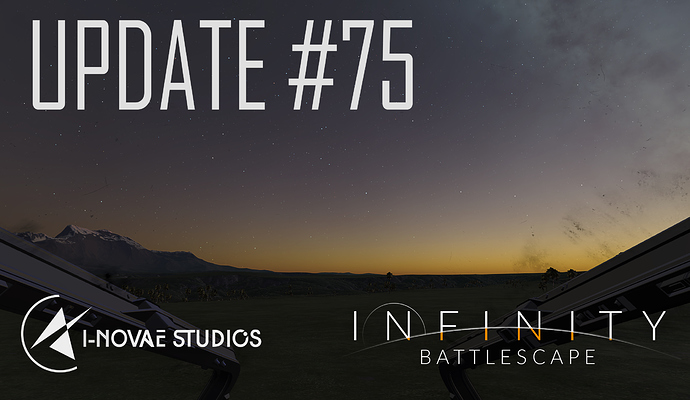 Hey everyone it’s time for your weekly update. Last week Flavien was out of town on vacation so not much new to report for him other than he’s back to working on that pesky jitter bug with the new networking code. On my end I finished all of the low level UI subsystems I was working on last week and started on text layout and rendering. Text layout can be quite complicated however our needs are fairly simple at the moment so I’m hoping it doesn’t take more than a few days for a minimum viable product. Once text is finished I need to add support for input events from the mouse and keyboard, implement a number of common widgets such as buttons and text boxes, add support for SVG parsing, and finish UI version 1 with an optimization and polish pass before I integrate it into the game. It’s unlikely the new UI system will be ready in time for the next patch however our goal is to get it into the game shortly thereafter. 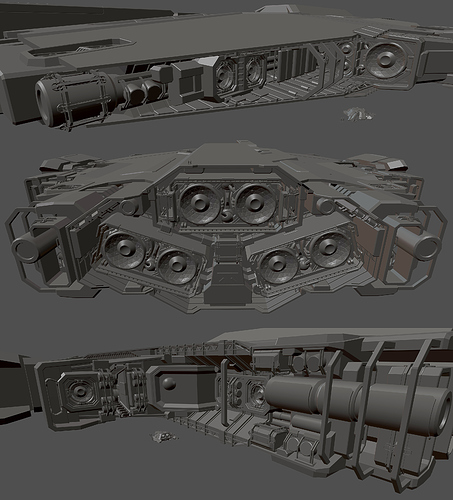 WIP geometry for the destroyer

On the art side things continue to move along nicely. Kristian finished the land base hangar and is nearly done with the power plant. While the exterior of the hangar looks pretty good the interior is still in a semi-finished state. The reason for this is we haven’t determined how we’re going to spawn new ships yet. Depending on available time we will either have them just fade into view or, if we have enough time (not looking likely to be honest), we’ll build an animated elevator system. Jan continues to power through texturing the station pieces, there’s a lot of them, and Dan has made some good progress on the destroyer. 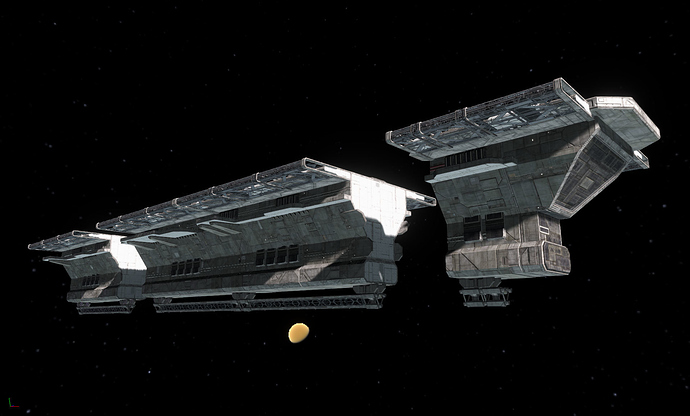 The biggest blocker at the moment is the aforementioned networking jitter bug. Once that gets resolved we hope to move toward the next patch fairly quickly however we still need to finish up server side planet collision detection. As we’ve mentioned before Flavien has made a number of modifications to the game code while integrating the new networking so the next patch will be more than just new plumbing. That’s it for now, until next time!

Pre-rendered image of the WIP land base power plant