Some more art updates on our beloved station modules, a new pre-rendered look at the ground bases and their progression, with another quick update on the networking bug from our programming team. 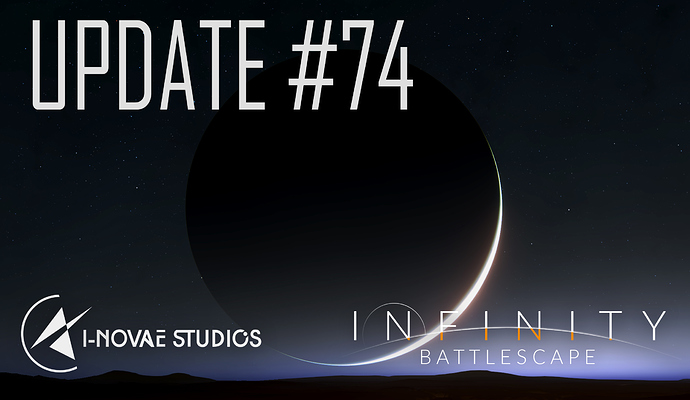 Hey everyone it’s time for your weekly update. Unfortunately, last week Flavien was still caught up trying to fix some bugs with our new networking code. The issue revolves around a problem in motion interpolation that is causing jittering. For example if two ships are flying at the exact same velocity, meaning relative to each other there is no motion, they will perceive each other as jumping around slightly. This problem did not manifest itself in Flavien’s R&D tests so it’s proving to be quite tricky to figure out.

Pre-rendered image of the land base hangar building

On my end the implementation of colors and gradients in the path rendering has been completed. Insofar as the Alpha is concerned all R&D on path rendering is finished – though I still have some things such as stroking, post-processing, and arbitrary clipping that will likely need to be supported for final release. Path rendering has been fully integrated into the UI system and I’m currently working on building some additional low-level UI subsystems for styling before I start on text rendering. 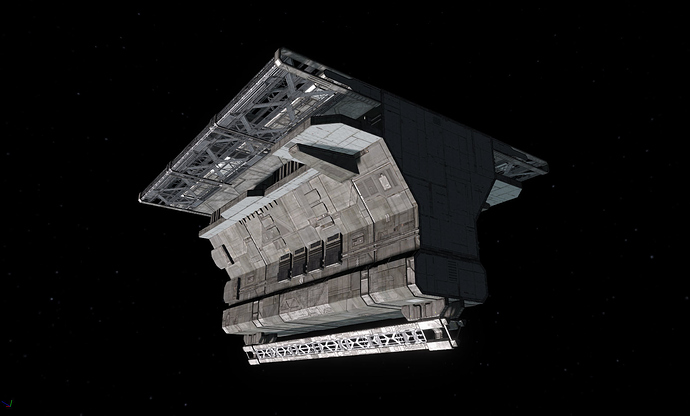 A piece of station geometry in the editor

Not much new to mention on the art side as work continues on the land base, station materials, and the destroyer. Due to the unexpected amount of time it’s taking to resolve the last few remaining issues with the new networking code the next patch probably won’t be released until at least early September. As we’ve mentioned before the networking is critical for a good multiplayer experience so it’s something we’re taking as much time as is needed to get it right. As always we appreciate everyone’s patience and we’re working diligently to get the next patch out as soon as possible. That’s it for the last week, until next time! 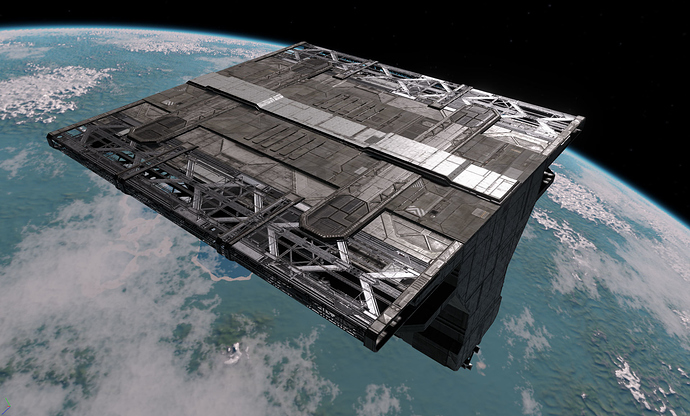 Another in-editor piece of station geometry