General update for the week. Some art content updates, stations continue to receive proper detailing and materials. Ground bases are getting additional modules / buildings completed, and our programming team is continuing to make progress on various tasks. 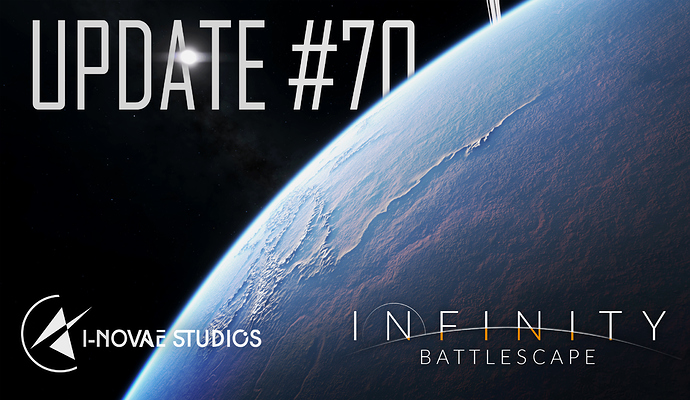 Hey everyone it’s time for your weekly update. Due to the holiday here in the U.S. last week was a short one for myself. I spent a good chunk of it writing new GPU benchmarking code and then using it on the UI path rendering. Running in debug mode with unoptimized shaders the initial results are what I hoped they would be – 500 to 750 fps with a GTX 1080 at a 1080p resolution for simple full screen shapes. This should translate to at least 200 fps on moderate hardware though I still need to see how many shapes can be drawn before performance begins to significantly degrade. At the high-end of 4k resolution I get around 200 fps. This is approaching the performance danger zone given that it’s only a simple scene being rendered with a GTX 1080 however it’s unlikely anyone will be running the game at 4k without a seriously powerful GPU anyhow. Lastly our algorithm scales extremely well for shapes that don’t cover a lot of pixels so since our UI won’t actually take up a lot of screen space even at 4k we should see decent frame rates in practice. Another benefit of the new UI code is that we can decouple its render rate from that of the game. What this means is we can render the UI at 60 fps whereas the rest of the game could be running at 120 fps so that UI rendering has a minimal impact on the smoothness of the game itself. Finally, in the case of extremely low-end hardware, we could render the UI at quarter or even half resolution and composite it into the final picture. I also found two bugs while doing the benchmarking, one is already fixed, and I’m currently working on resolving what is hopefully the final bug before I move on to more exciting things.

A pre-rendered shot of land base repair infrastructure

Flavien spent the majority of his week working on improving the threading of our game update logic. As we’ve mentioned before this will be an incremental process but he’s nearly finished with the most significant step. Once completed he’ll get back to resolving our last remaining major technical hurdle – the server-side planetary collision detection we described in a previous update. After that the focus will be on releasing the next patch and returning to gameplay iteration. 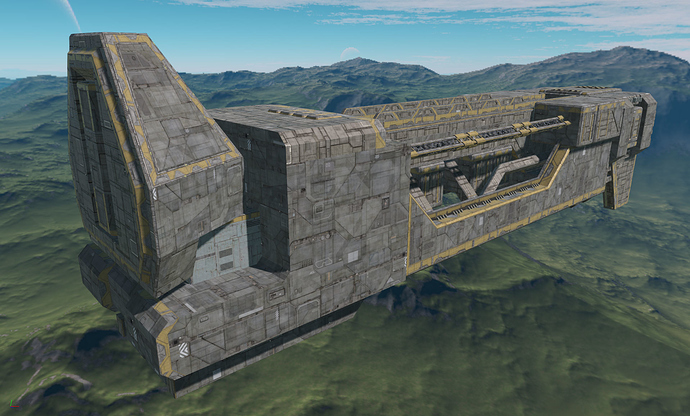 Another in-editor shot of station materials

The art team continues its work on a number of large projects. This includes the final geometry and materials for the land base, the material pass for space station pieces, and the final geometry pass for the destroyer. It’s probably going to be at least 2 months before all of that is wrapped up but once we release the next patch we’ll try to get as much of that content into the game as possible. Lastly, we’ve been receiving reports over the previous few weeks that some people are experiencing problems with Facebook login. We haven’t changed anything on our end with Facebook in months, maybe years, so my assumption is that something changed on Facebook’s side. As soon as I finish fixing this last UI bug I’ll do another polish pass on our website and backend infrastructure and for those of you experiencing problems we appreciate your patience. That’s all for this week, until next time!