Today, we’re continuing our deep-dive into SotP v0.90 Warlords and talking about some of the biggest changes we’ve made to combat.

War… war never changes - but combat? Oh boy, does that stuff change all the time. In v0.90 Warlords, we’ve seriously shaken up the balance of our battles. All that you once knew is now forfeit and will have to be relearned. The goal for today is to get all you greenhorns back up to combat alert alpha and on your way to leading fleets into glorious victory. There are a lot of stat changes to talk about, so we’re going to be making heavy use of charts for this briefing.

SotP has always been defined by fast, high-lethality combat… but recently things have gotten a bit out of hand. Engagements have been finishing so quickly that players have not been able to admire the visuals or control any of the action beyond giving the initial attack order. This has led to a less than satisfactory feeling, and we have set out to solve this while maintaining the feeling of fast, high-lethality combat.

In order to do this, a substantial overhaul of how ships fight has been carried out in order to better accentuate faction differences while also making engagements take just a bit longer.

The first step was to reduce the damage per second of the vast majority of weapons; it was cut down to roughly half. This is the main change that slows combat down. Despite this, lethality remains high, particularly with the application of focus-fire, and it is still possible to annihilate ships in the opening salvo of a battle. This reduction in damage output lets battles last a little bit longer - not so long that there’s a jarring difference in comparison to earlier releases, but with just enough of a difference to allow for better command and control of your fleets during engagements.

MACs, in particular, received some changes to reload speed. They still fire slowly, but not so slowly that they only ever fire once during a battle. It’s because of this change that their damage per hit is also lower, thus resulting in less wasted damage when fleets overkill a focus-fired target.

Finally, Plasma Torpedoes have received a terrifying adjustment - they now deal fifty percent of their damage over time after striking enemy ships. This results in situations where a UNSC ship is already dead, but may have a chance to retaliate with one last hail mary salvo before it’s destroyed.

The combat in SotP has been known to be rather quick to finish, but with Warlords we have improved our stamina, and fleet combat is now slower and more satisfying.

Another significant element of combat that has changed is weapon range. Ships no longer have a universal weapon range of eight thousand units, and instead have their maximum range determined by their armament. The UNSC is known for striking first in many engagements and are now able to inflict casualties on approaching Covenant fleets before receiving any return fire. This opens up more strategic depth when it comes to using fragile, long range ships like the Artemis.

The Covenant, meanwhile, seeks to close the range as quickly as possible to make use of their deadly but relatively short-ranged weapons. Once among UNSC fleets, they can quickly cut the fragile human ships to pieces, but the cost of this power is a limited range that forces the Covenant player to commit to battles more fully than the UNSC player.

Within these faction archetypes, however, there are still options for the UNSC to perform well in a short range brawl as well as options for the Covenant to stand off at long range and snipe. Thanks to this, fleet composition is more important than ever.

Overall, this set of changes is intended to give the player options to impact the outcome of a battle with intelligent positioning of individual battlegroups within a gravity well.

Speed is inherently tied into range, and when adjusting range we discovered a need to adjust speed values accordingly because we found that long range was meaningless if a hostile ship could cover that entire range within just a few seconds.

Ship speeds have been split into five categories ranging from Very Slow to Very Fast, with Very Fast ships able to move twice as fast as Very Slow ships.

Fleets will travel at the speed of the slowest ship in order to stay in formation, so it can be beneficial to split faster battlegroups off and use them to cover the distance more quickly or custom-build battlegroups designed around faster ships.

The UNSC tends to be slightly slower overall, but possesses excellent acceleration that allows them to reach top speed in just three seconds. This allows UNSC forces to reposition on a tactical level with ease, flowing like water around the Covenant assault.

Meanwhile, Covenant ships have a higher top speed on average, but their significant mass makes them slow to accelerate. With it taking an average of ten seconds to reach top speed, Covenant fleets have to commit to maneuvers in advance or risk stalling and being trapped out of position and at the mercy of the long-ranged UNSC guns.

With our fleet rosters growing ever larger, it was becoming increasingly difficult to differentiate ships in combat, so we decided to resurrect another mechanic from Sins that has long been absent, namely damage and defense types. With this, every ship has been assigned a unique defense type and damage type that gives it various positives and negatives when engaging different types of enemies.

As illustrated in the chart above, these bonuses are modest but impactful. They allow ships like the CAS or Punic to shrug off fire from the light weapons found on the Paris while leaving them vulnerable to the heavy ship-breaking weapons of an Artemis. Meanwhile, the many light weapons found on the Phoenix Refit and OSS are able to quickly dispatch frigates with their bonus against small targets, but despite their high DPS, they will be less effective against the likes of a CCS or Valiant.

The precise nuances contained within this system are many and varied, frankly too numerous to list, but by using this chart and the information provided in-game on the ship cards when hovered, you will be able to build your fleets in a way that counters the enemy perfectly.

Of course, the values are not so extreme as to be prohibitive if you build your fleet out of your favorite ship instead, and if you don't like the idea of figuring out charts in-game, you should still be able to win battles with all sorts of fleet compositions built by “rule of cool” instead of stats. 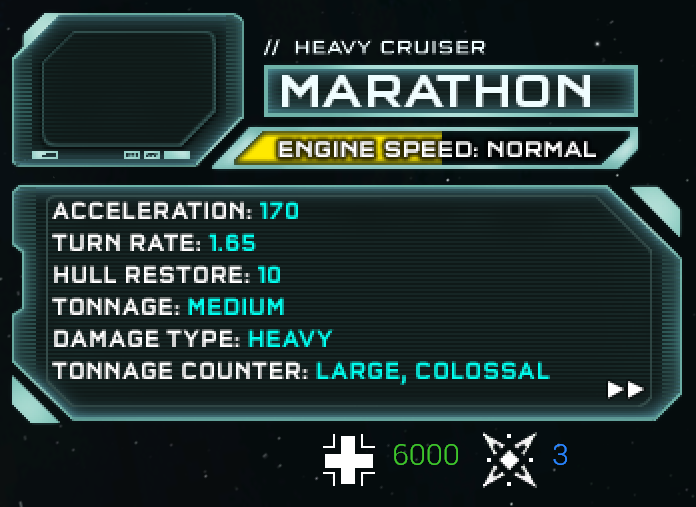 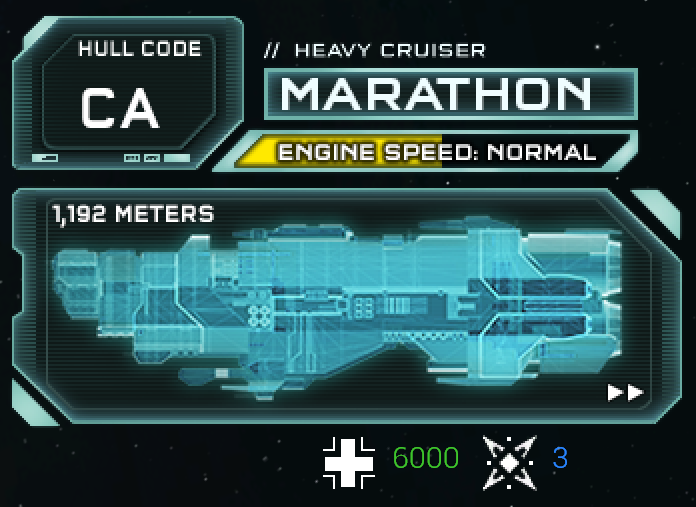 This has been yet another intensively in-depth read into our deep-dive series for v0.90 Warlords, with plans for several more touching on mechanics and features coming with this release. Keep on the lookout for more information, and don’t forget that today, January 17th, is the date of the release.

The feeling of anticipation for the release is killing me and everyone else! Just a few more hours! Thanks for all the hard work!!

I want to set expectations to an appropriate level. The release will be sometime late Friday night.

Awesome! I love every bit of this but this might be my favorite part:

"Finally, Plasma Torpedoes have received a terrifying adjustment - they now deal fifty percent of their damage over time after striking enemy ships. This results in situations where a UNSC ship is already dead, but may have a chance to retaliate with one last hail mary salvo before it’s destroyed."

This is both so cinematic and so lore friendly that I cannot wait for the next version!

It's one of my favorite parts of the mod's overhaul. Plus its created some great moments where sometimes you'll jump UNSC ships out of the gravity well and they'll die in slipspace lol.

Oh ouch! Titanium-A just can't contend with burning plasma AND the eddies of Slipspace it seems. Makes the Cradles especially vital for any UNSC fleet now.

I agree, this sounds so good.

is this a halo mod?

Awesome, Got any Red Hair the Epoch?

This is a Halo mod for Sins of a Solar Empire.

"Use the Force Harry!" - Gandalf

This is getting out of hand... now there's two of them!

So after 20 Hours of playing this mod....AWESOME! Microsoft should hire you guys for making a Halo RTS 4X Game. Love You guys keep up this great work. I'm already hyped for the Forerunners <3