What to expect and when to expect it. Information about the next version of A Clash of Kings.

0.94 is out, and it looks like it's going to be the last version of A Clash of Kings with the pre-fix beta. 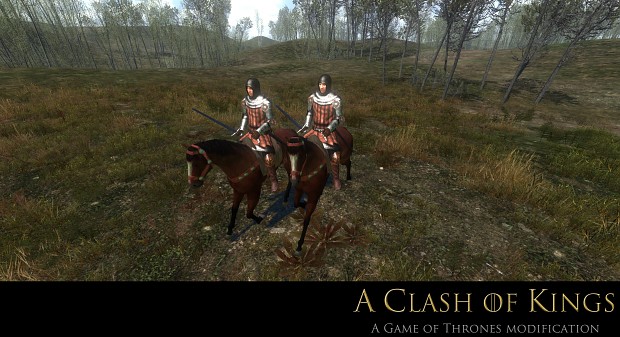 Which obviously means, that the next version is going to be A Clash of Kings 1.0.

There are still many annoyances that need to be worked out, but I think it's safe to say that ACOK has, by now, become quite stable.

Because 1.0 is such a nice number (but still only a number), we've decided to make it the release that features Bilwits work. Bilwits armors will come with a completely reworked item module, which will closely reflect the armor you've all come to recognize from the HBO show, as well as many armor pieces, that while not from the show, mirror the art style.

For a preview of some of the new items, check the images section: Moddb.com 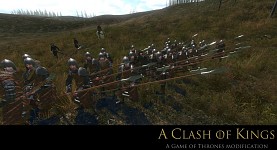 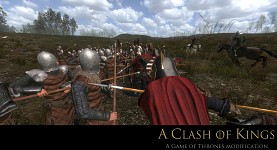 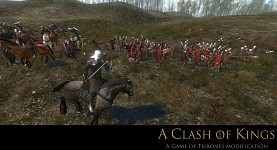 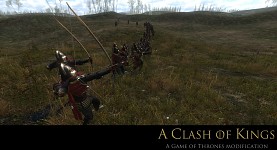 A sincere thank you to Bilwit is in order, he worked tirelessly on these new items, and he did it damned fast.

However, given that 1.0 is such a perfect number, it will also contain many new features, to really make it hit you square in the face the first time you play it.

Amongst them, 1.0 will feature a completely reworked Essos map, done to the exact geographical data released in the time since the map was first done. Now Volantis is finally in the right place. 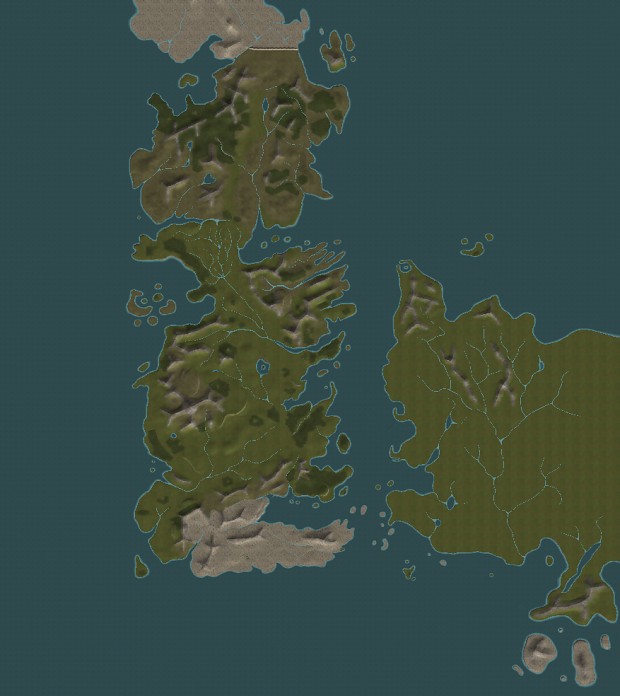 However, that is not all. 1.0 will also feature two new terrain types. A swamp terrain, which you can find in the Neck and to the east of Volantis, and a jungle terrain which covers much of the disputed lands and the Rhoyne.

Accompanying the new map and the new armors are also many lore characters, which you will be able to encounter in various courts. Talk to them at your own peril, some might grant you items if you pay them the right compliment, but some might cause you to loose honor or renown should you insult them. And some may tell you a tragic story. Seek out Rufus Leek in Duskendale for the tale of the Darklyns.

And while you listen to Rufus and his tale, you might enjoy some of the new music coming in 1.0.


Made by ThePandaTooth, it consists of various piano covers of the show music, which will play while you ride and fight your way across the world of A Song of Ice and Fire.

These are the major new features coming in the next version, but 1.0 will also contain many minor bugfixes and tweaks. A full changelog will be available once it's released.

There is, of yet, no release date. But I can promise that it will be in the year 2013, and probably not much more than one-two months time.

I will not ask for donations, as I don't think it's proper. However, if you want to help me with my personal life, watch this clip on youtube: Youtube.com
If it gets twenty thousand views, I win a bet, and two hundred bucks. That money will be spent on new models for A Clash of Kings.

Amazing, so psyched for more of this mod! Keep up the good work! :)

Just downloading this mod for the first time now. Maybe I should wait for 1.0 but I don't want to. Well done on making such an incredible mod!

The armors are the only thing this game still really needs . Fine work

man... this mod, the armor has me really looking forward for the release

Hats off to the great bilwit, you did a shitload in such a short time. Thank you very much

Amazing working :) awesome mod can't wait to fight along side the Lannisters fighting off the rest of Westros :) in version 1.0 [mainly Riverlands]

Nice work. And yeah, big thanks for people who worked on the armors and the theme cover, great job!

You know, I'd love to conquer ruins old Valyria and make it into my capitol, but don't think it's gonna be in the new map.

Yeah it is, but im not sure if there's cities or not

god this mod is growing so fast i cant believe it
i guess the series multi-million audience helps ;)

Beyond hyped for the next version

Will the armour fit female characters? or is it still huge and bulky?

like in the native only some mailshirt may fit the women ( and brienne's armor ofc ) though in warband all armor & clothes are unisex ( try to wear a dress on a man :D )

please answer as soon as possible it wont load textures and i wonder if its because im in 1.143

this is awesome. thanks

will you guys add white walkers?
in BaS you got a countdown and after the countdown demons would roam.
maybe have a countdown (not displayed) and when it reaches zero they would start invading The land with high stats and high numbers.
(would be after maybe +60days)

After 60 days I'm level 7 and struggling to keep any money at all, let alone be prepared to fight lords or white walkers. Tell me your secret!

Enlist in someone else's army for awhile before trying to start your own. You will get money, exp, and better gear.

So stoked. Any ideas on a ballpark release date? Not rushing you or anything, just curious.

Will there be changes on custom battle ?

can you give us a release date? i can't wait

That would be great!

one thing that would be fun to see in the last update is that you can make demands to a king when you capture them. Example: if you capture a king you can force him to make peace with your realm and he is set free. Of course when you are the king of the other realm

Hi cozur. First of all sorry if my english is not good enough but it is not the main language in my country.
I've played a lot of mods for mount and blade since its origin and i have to admit that the mod u created has the potential to become the best ever.
For me the best mods are:
M&B- Sword of Damocles, Revenge of the Berserk, The Last Days
Warband- Floris, Prophesy of Pendor, Brytenwalda, and yours of course ;)
I think there is room for improvement still. For example...
-Would it be possible for u to implement a kingdom management system like the one in Sword of Damocles? It is the best i've ever seen...in there, once u become king, u can open a kind o window that lets u see all your own buildings, and u can initiate constructions and choose how many man per day u want to recruit in each center, even lets u cap how many u want to garrison in each building and choose how many of melee or ranged u want...it's really amazing. In another window called "strategic map" u can give orders to each of your lords like follow me/go to this location/patrol around/stay here. In another window u can choose up to 10 laws in 4 categories: nobility, clery, townsman, villagers. Others things: there is a religious system implemented with real consequences in the world; you can call lords from your "mainland" (=much easier to gets lords, who are so needed); you can form recruitments to do as u wish; there are 4-5 contractable profissional mercenaries (snake cult, black army...u can get good relations with them by doing different kinds of missions to them and then buy like 50-100-150 of them for the time u want to invest ur contract elite soldiers); news are always popping up and the most of the time u have to make decisions for ur kingdowm...
Overall its a gorgeous system to manage ur kingdom...much better than diplomacy...is to possible to create something like that or port this one to your mod?
Thanks for your attention. Your mod is great and i'm sure it'll become even better ;)