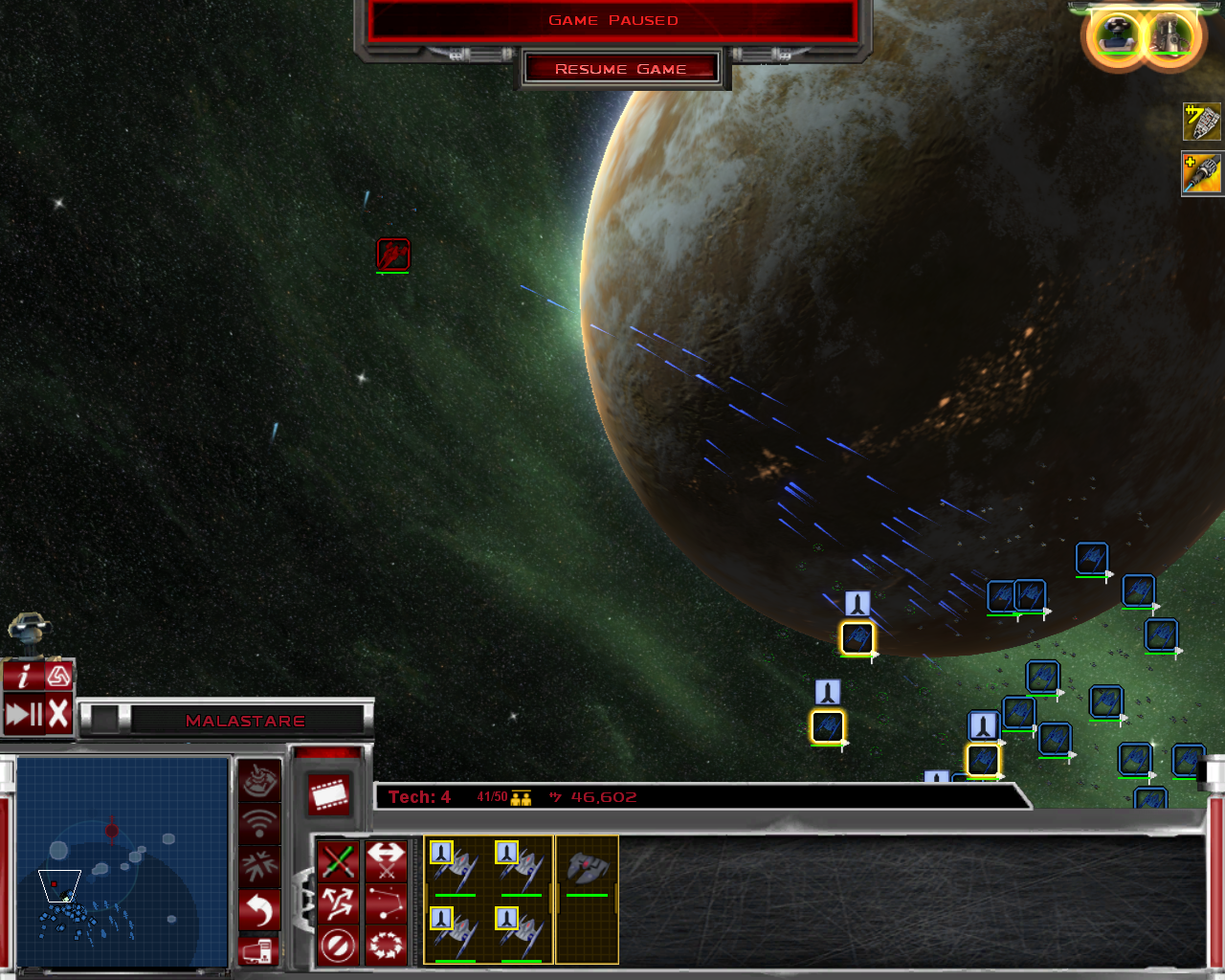 (That picture is outdated and doesn't show the Hunt ability) 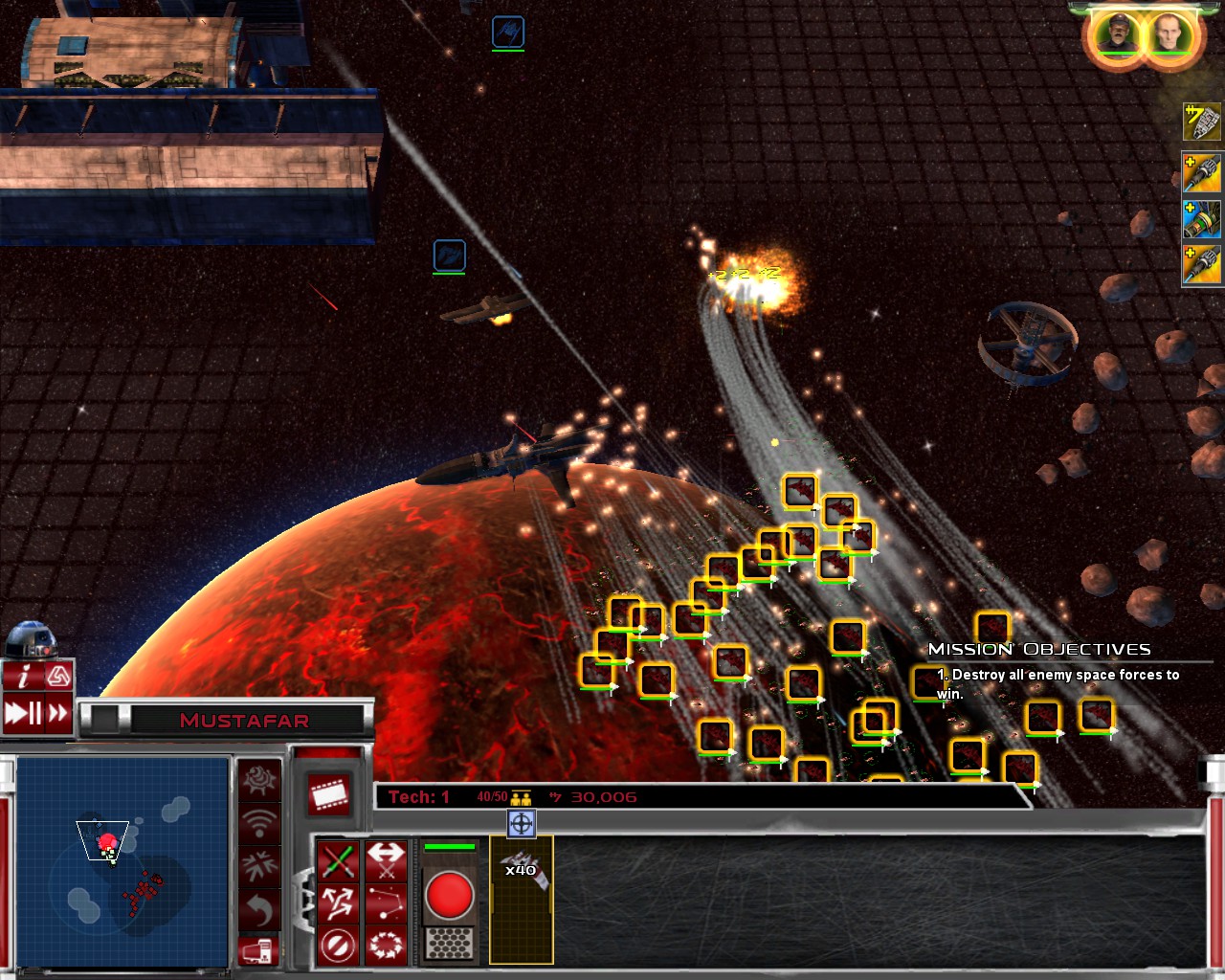 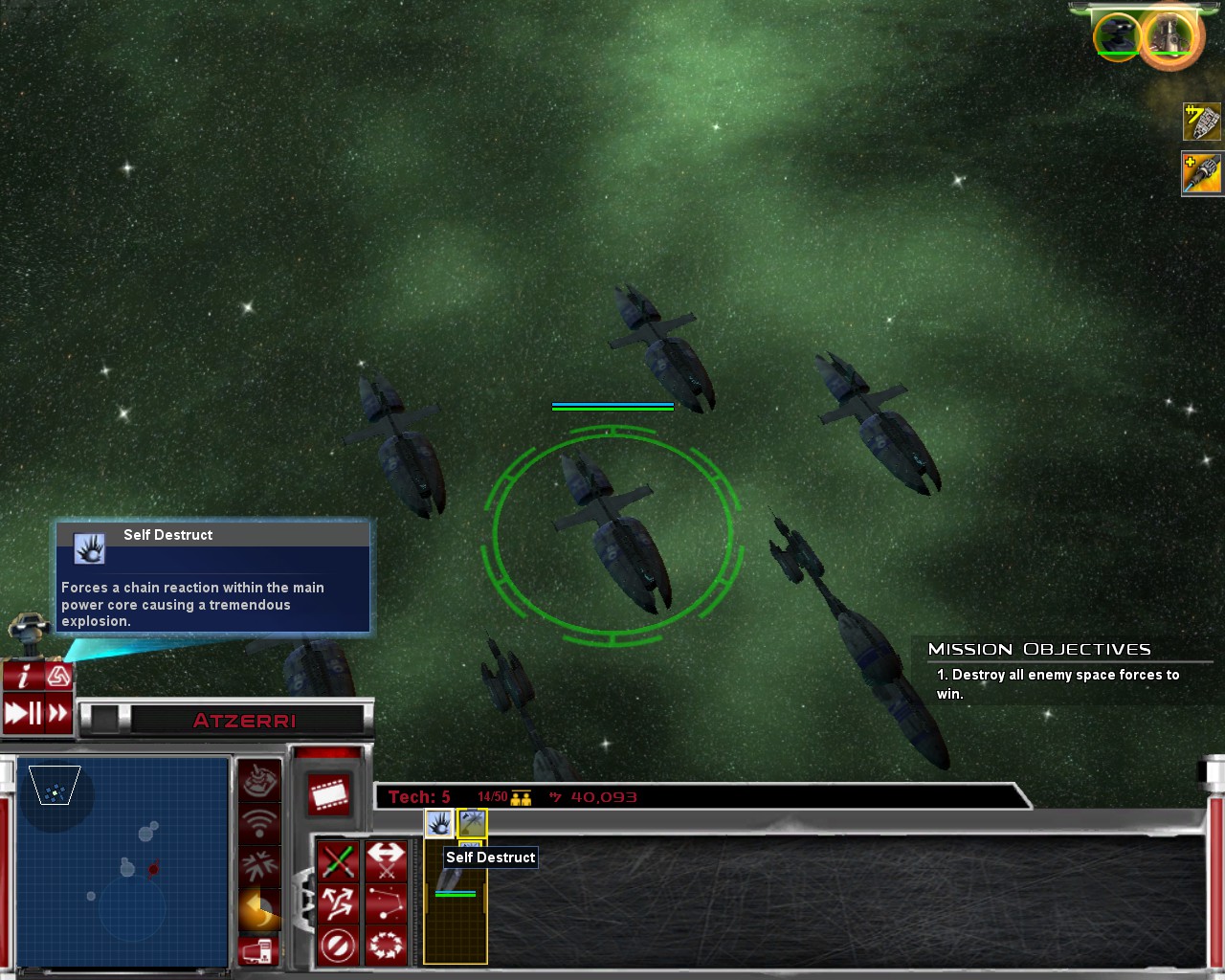 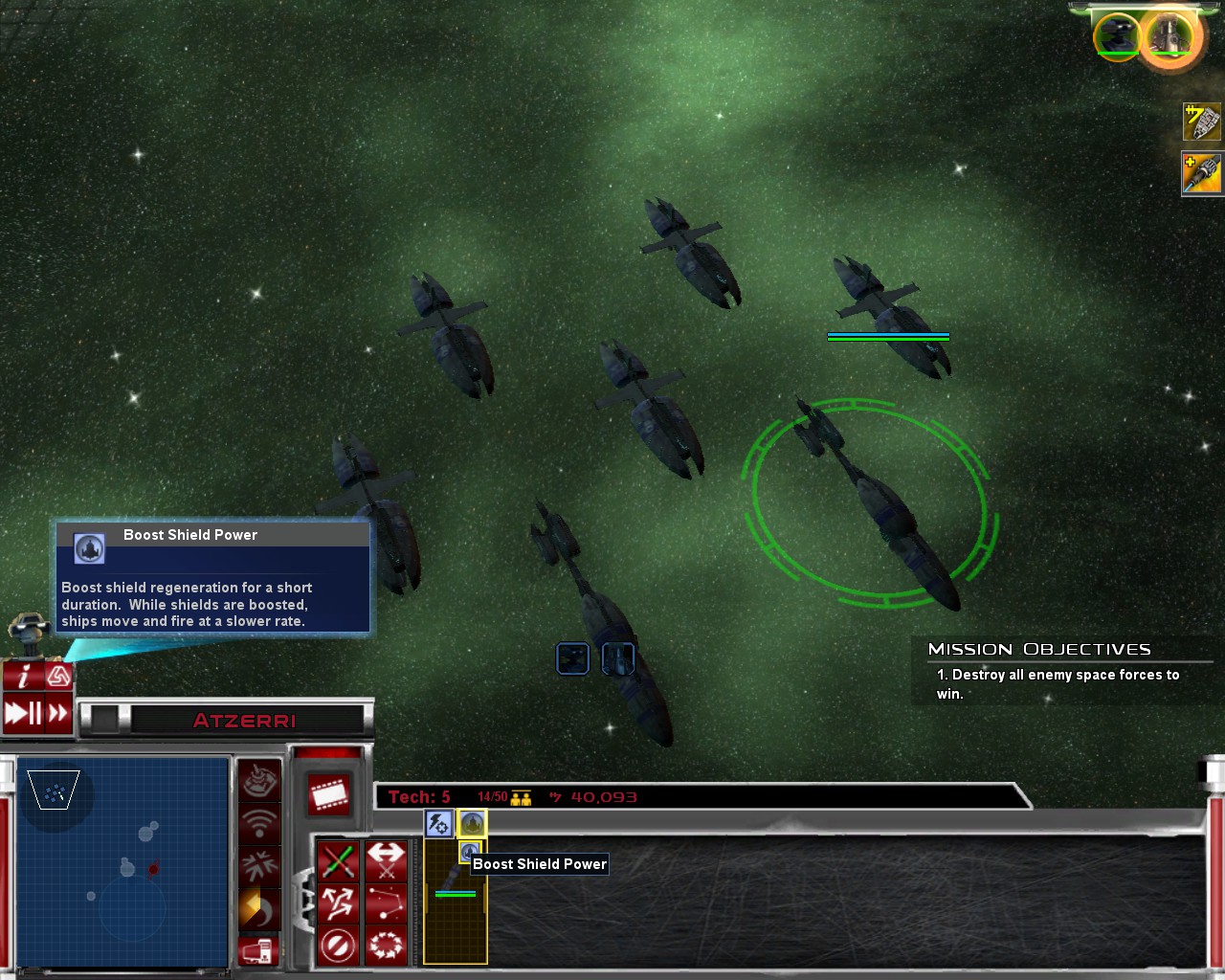 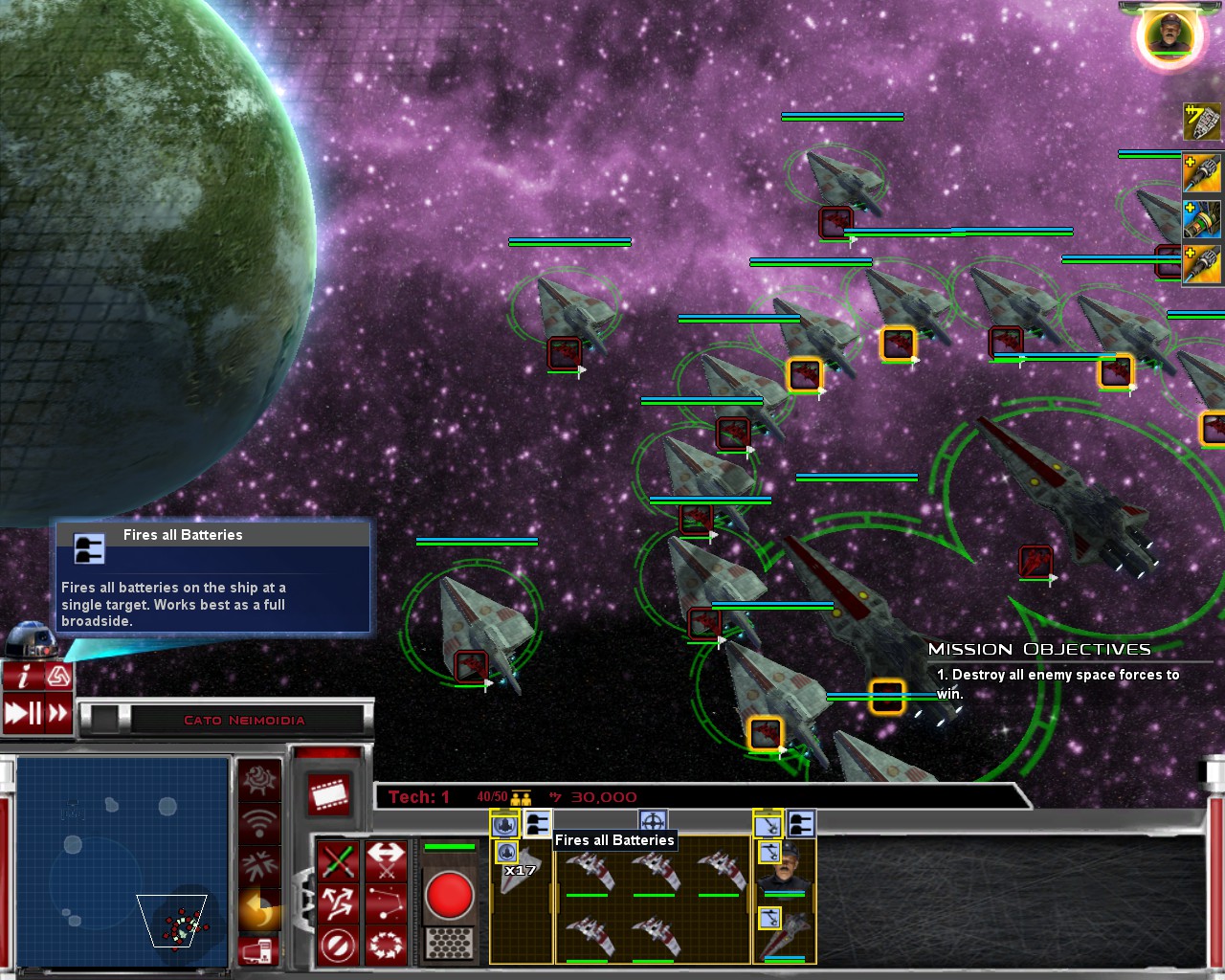 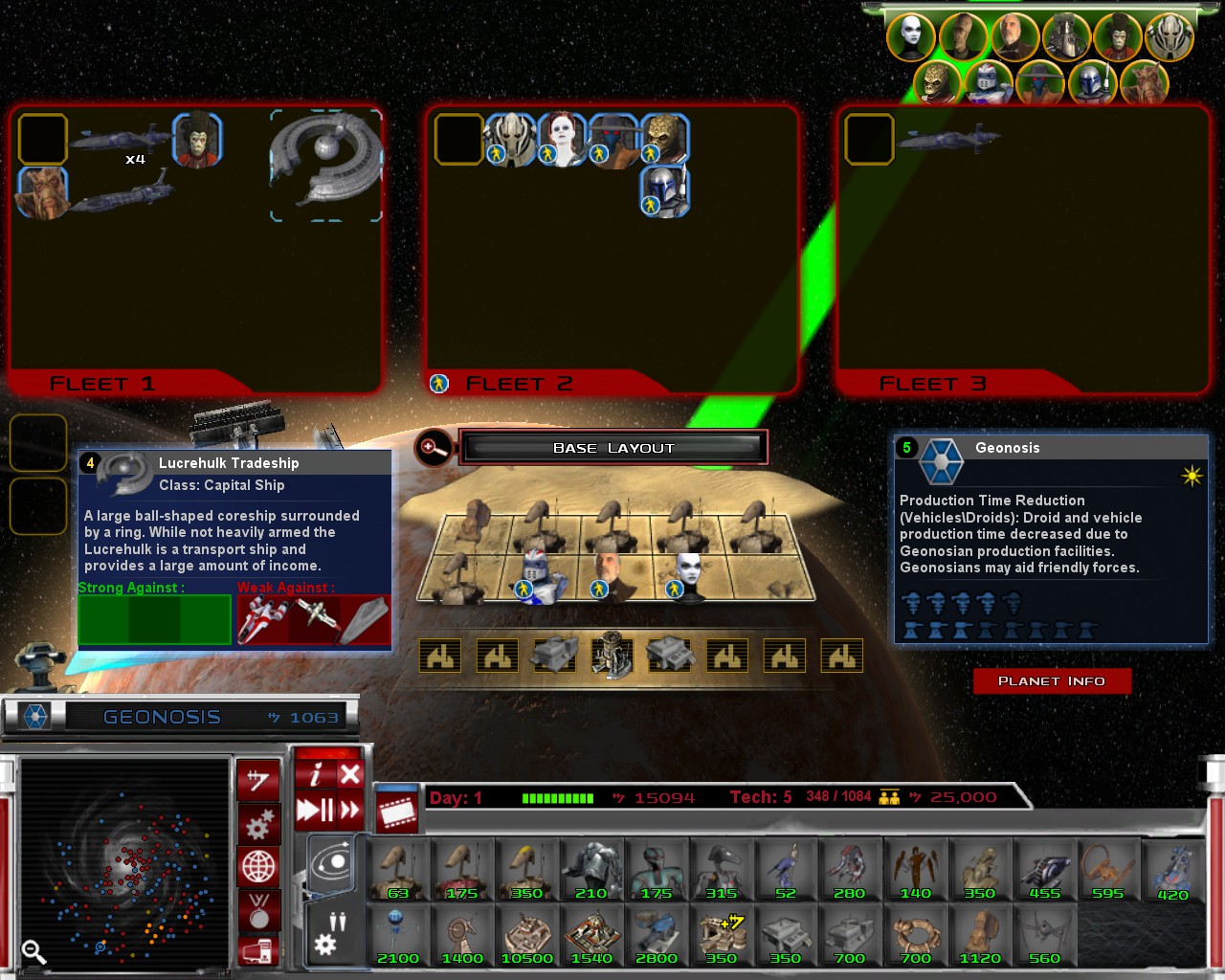 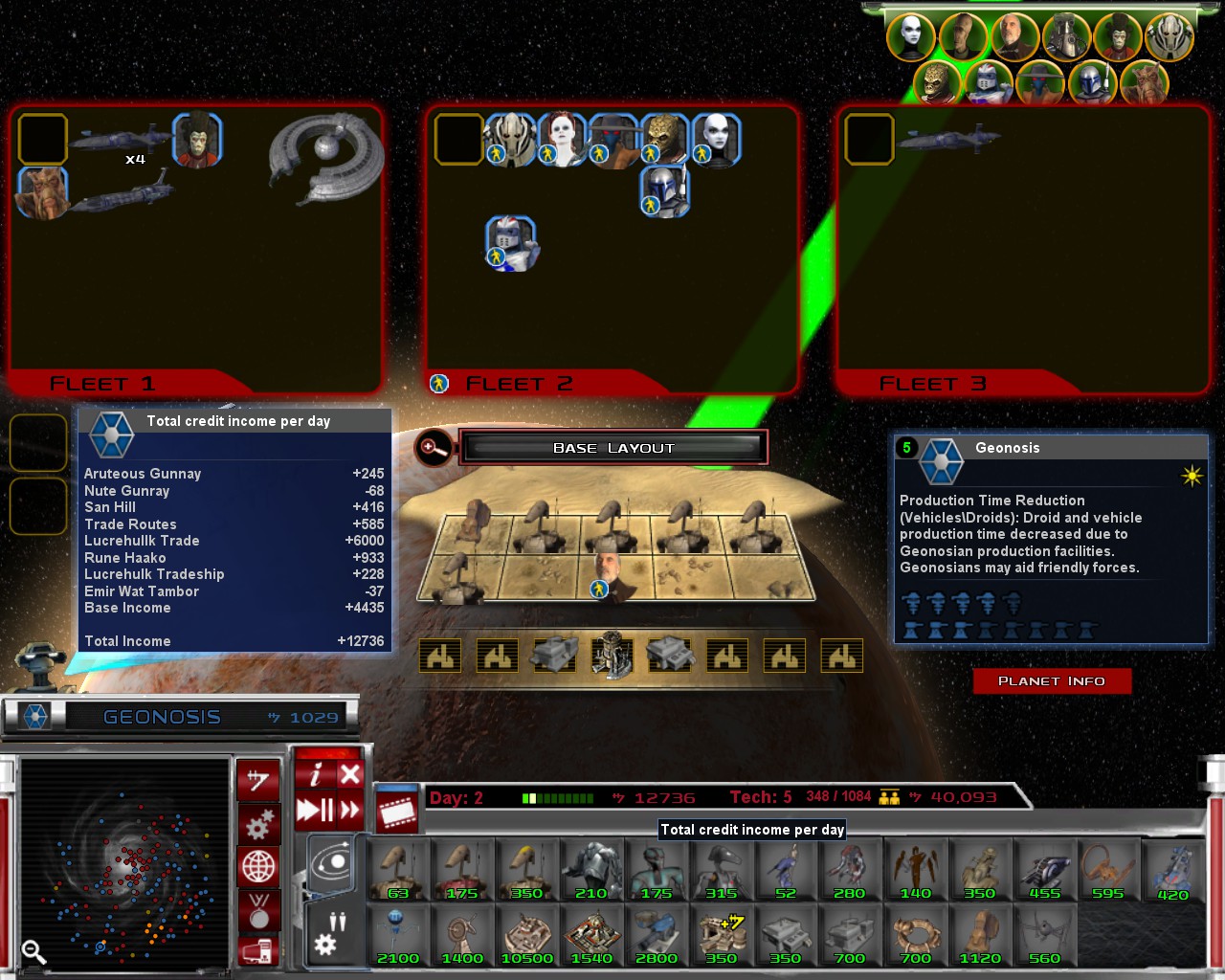 (Please note the Tradeships add a base income of 1000 credits each and a percent of that 1000, plus any other income on the planet its over, will fluctuate) 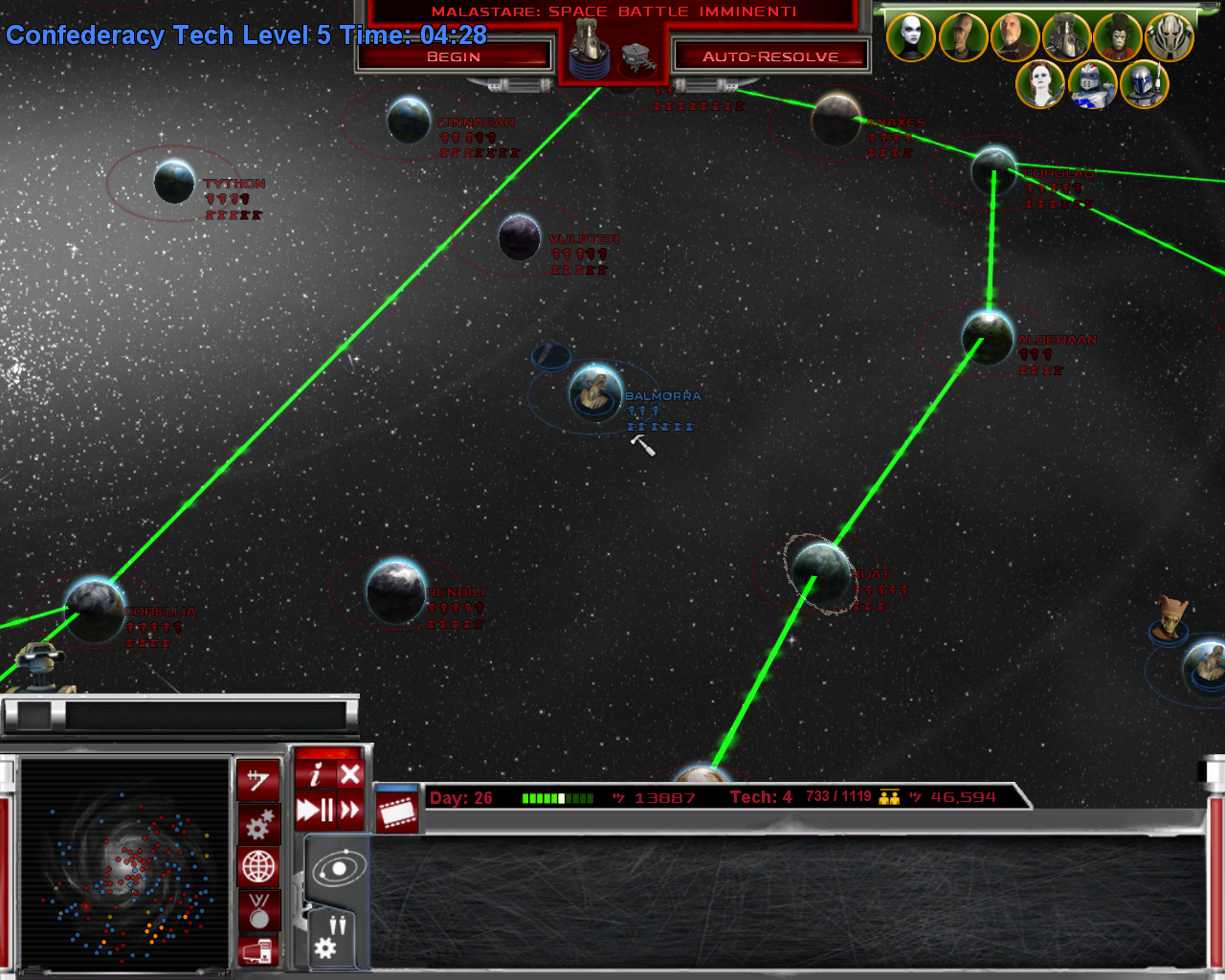 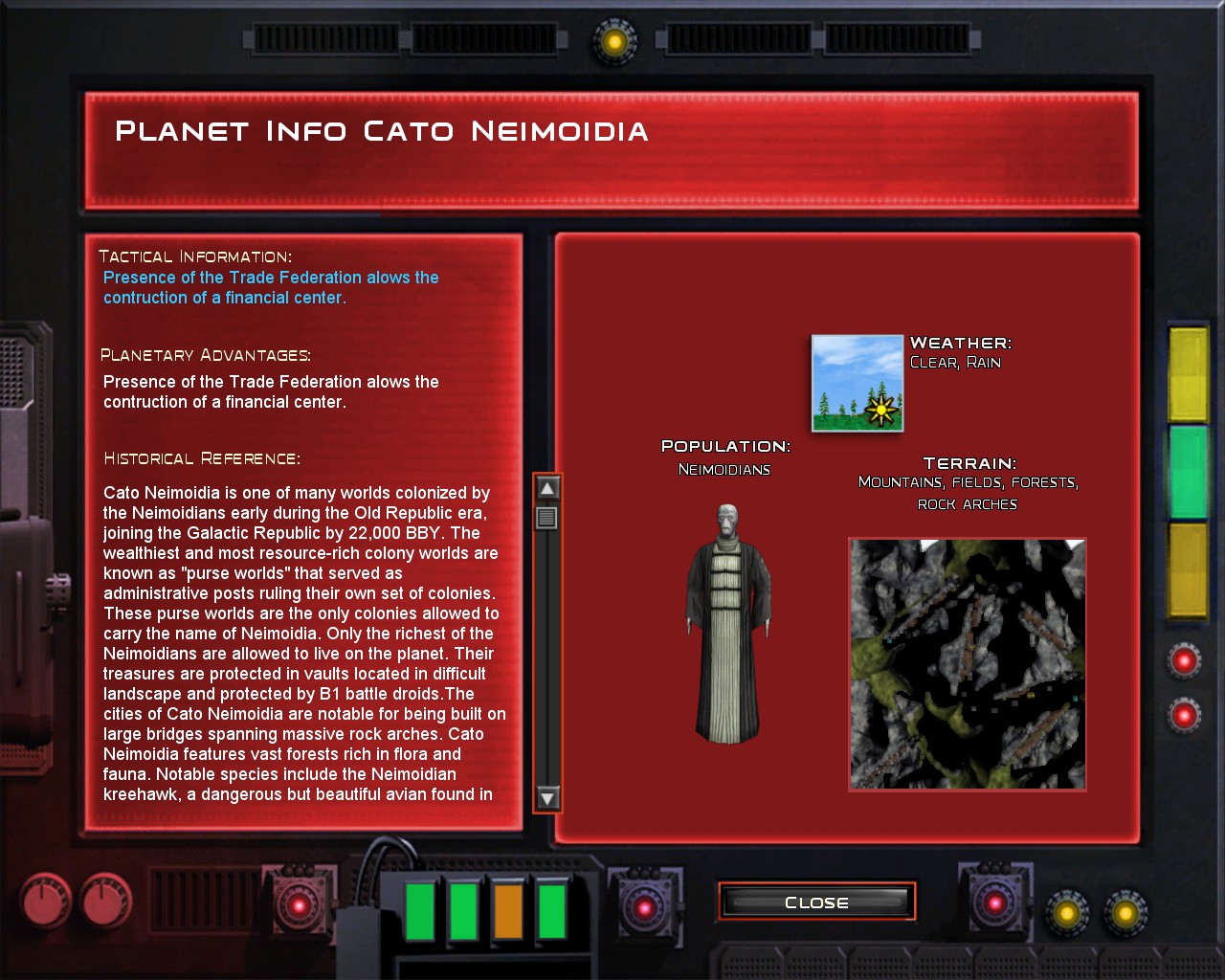 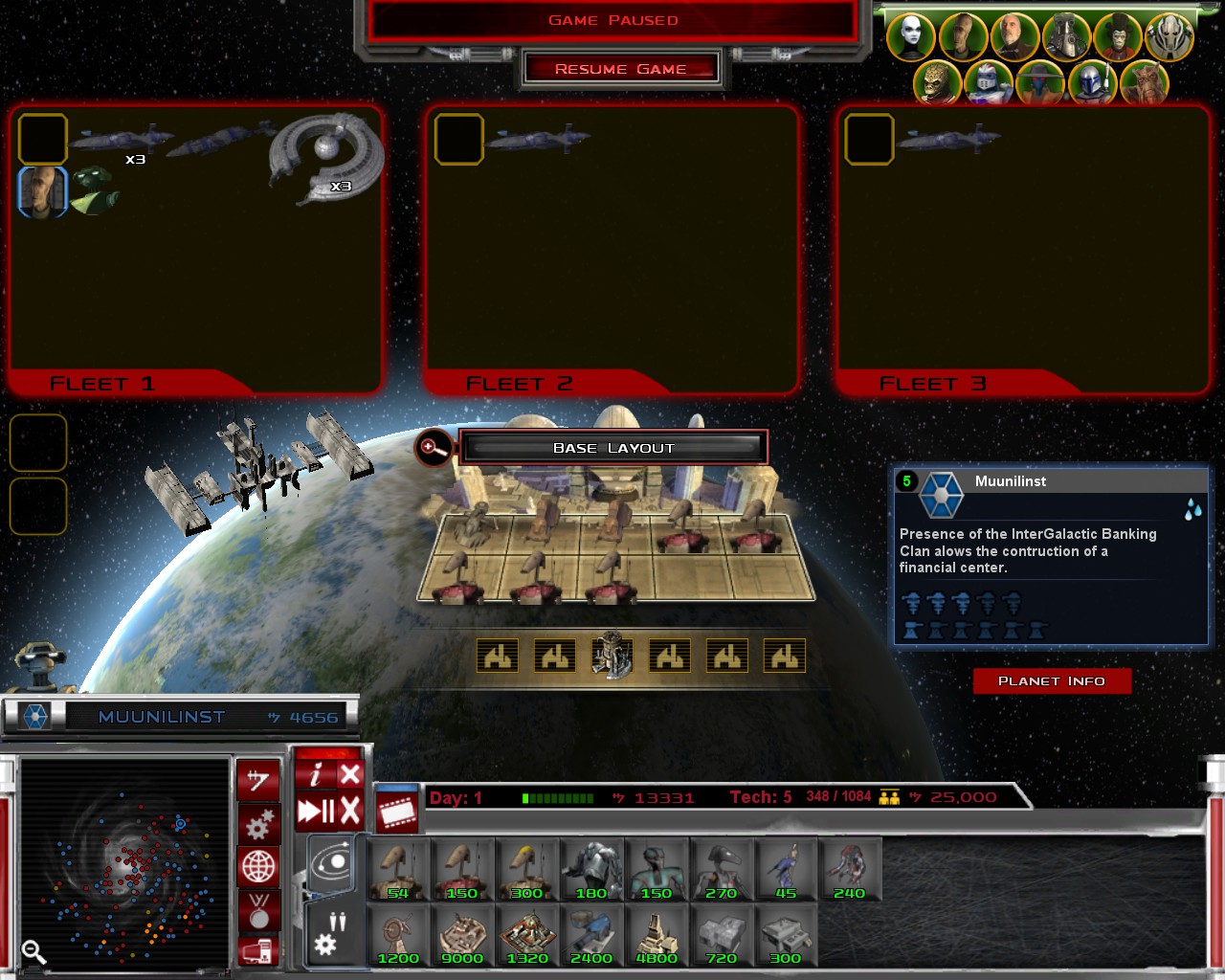 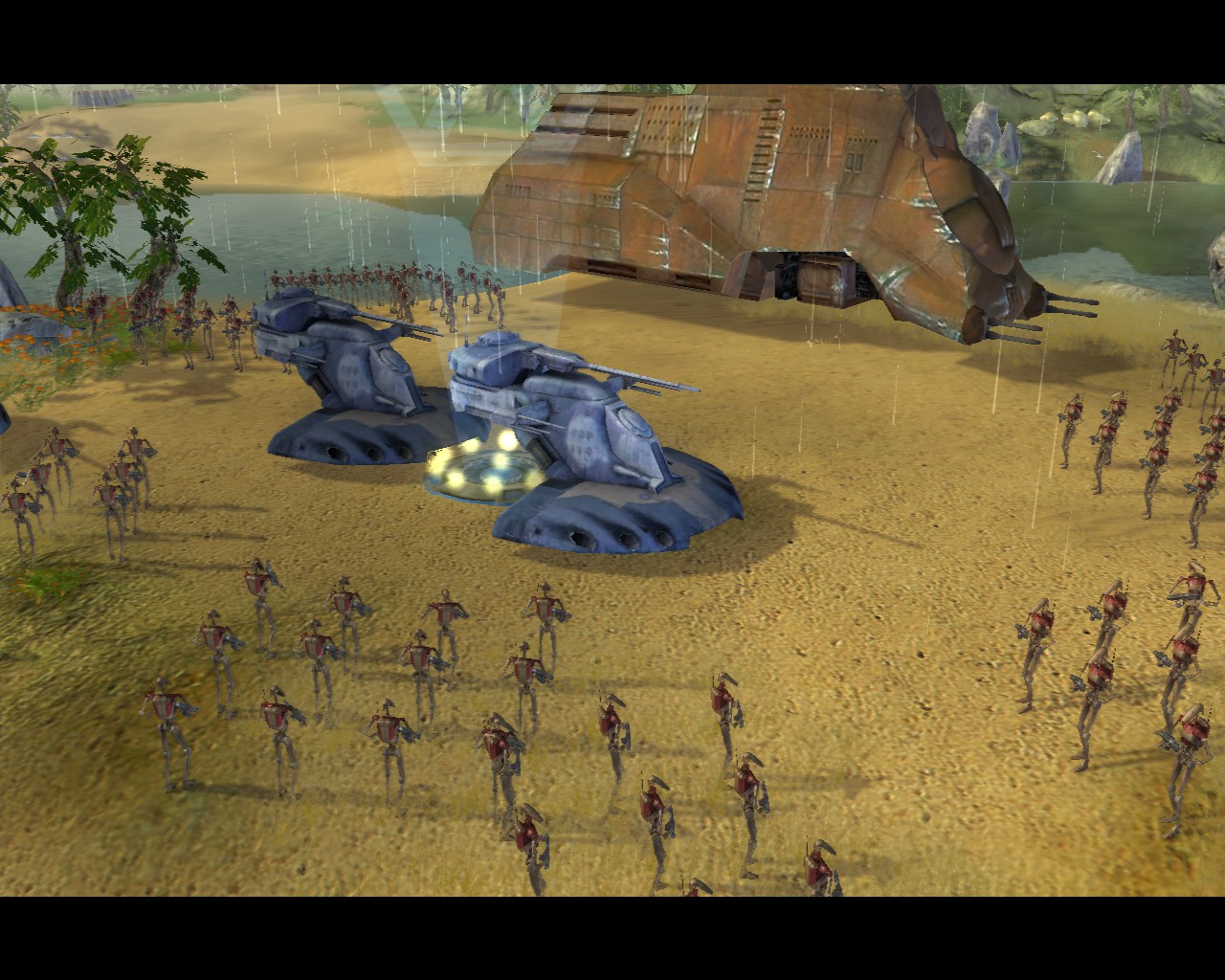 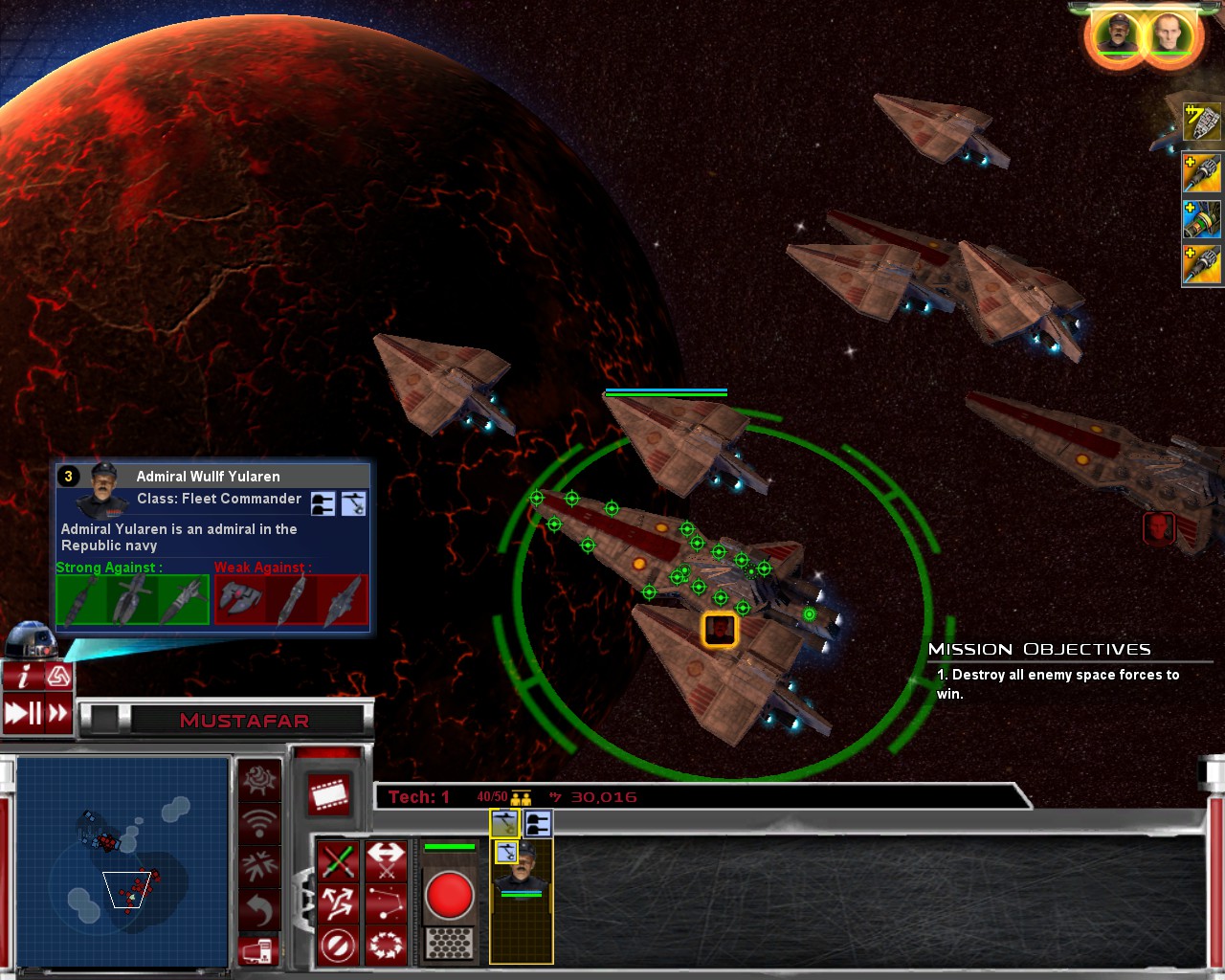 The things I did not get to in this update

The Fall Of the Jedi campaign has been something that I will not release until I get it right.

Interesting changes, i will test it and see what works, can i ask do what kind of
data ai (either the base game, raw's or aotr's ai) would work best?

I have no clue, as far as I know RAW didn't change anything to the Ai and I tried ingratiating the ACM Ai, (Since his ai builds to the max on each planet) But with limited success

I see, well I am using base game's ai and it seems to be working, but I haven't got stacked but by them yet by they work in the defensive positions.
Also with the CIS the unit list for the top bar is so big it takes the HMP of so I would suggest moving the hmp to the bottom row.

You edited the campaign files?

No i dont know how too, its just up there

Interested in trying this mod, downloading it right now. If I find any bugs/glitches how can I contact you to let you know of them?

Send me a message on Moddb or Steam

Aclamators are useful now...
ヽ(；▽；)ノ
ALL HAIL
the first 4 hours of the campaign wont be utter hell now.