Finally, I decided to update and release the newer version of "Fall of Berlin" and "Ring of Steel: Abandon All Hope" for you guys to test it out.

Details of the Fall of Berlin 3.3 version:
- New arrangement some of the German models and the weapons.
- Modified textures for some of the German models, gears, and other props.
- Fix errors on a few of the German textures.
- The updated Pacific Theater 1.5 will also include in this mod pack (few modifications on Japanese models).
- More 'Extra Textures' and 'Extra iwd files, please read our instruction carefully if you want to use them.'
- Some of my own experimental mods (iwd files). 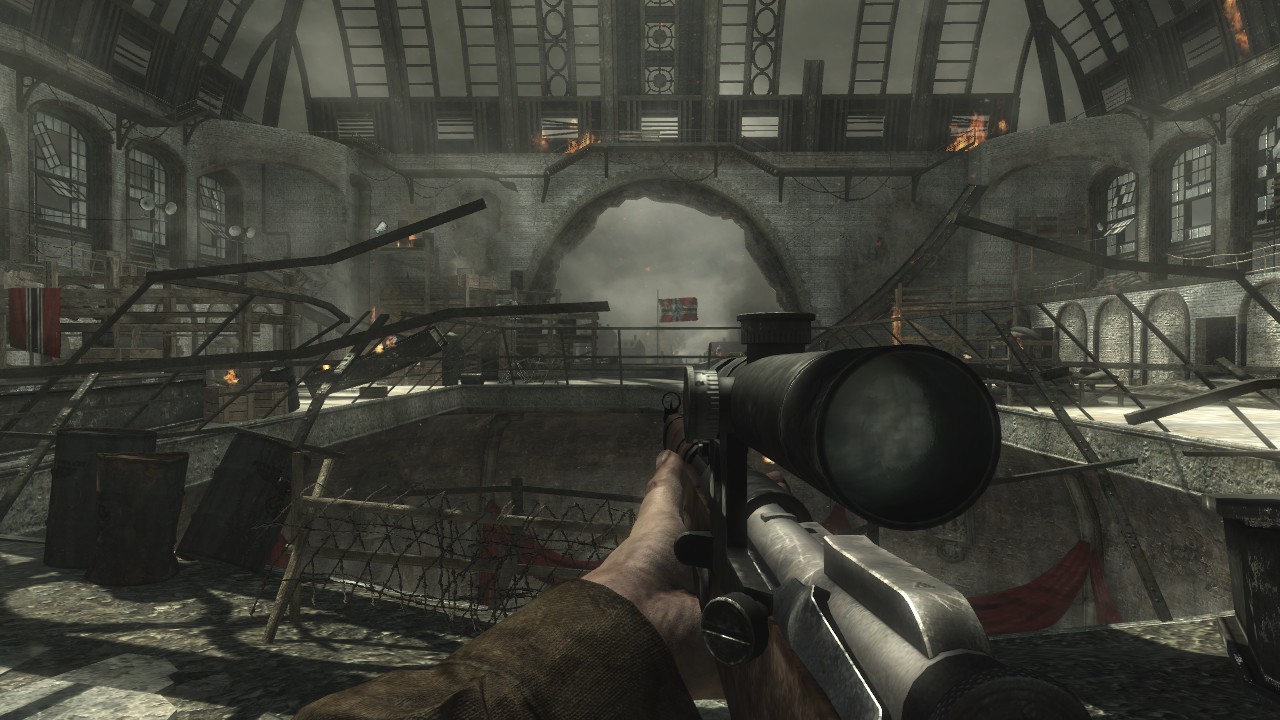 ***In this version, the current texture for 'char_ger_honorguard_body1_c' is the Luftwaffe infantry/cadet. You can change this model manually into the 'Kriegsmarine naval infantry' by using the special texture I put inside the "Extra Textures" folder.
Why? If you really want to play this mod with a full authenticity experience, then I'd recommend you to change the Luftwaffe (Airforce) into Kriegsmarine (Navy) infantry, just to play with the HEART OF THE REICH and DOWNFALL missions.***

Details of the Ring of Steel: Abandon All Hope 1.3 version:
- Similar to the Fall of Berlin mod, but with a few changes on the German models.

*****Now for newcomers, please read our instructions carefully before you install both of the mods. And we recommend you to play these mods on the STEAM version.
However, for those who got the Non-STEAM version, you guys can try to play both mods on your PC first if you want to. But make sure that you have already 'BACK UP' your own 'player profile' in case they cause an unpleasant thing to your PC. And most importantly, these mods were meant to be played on PC only!*****

***In addition, you can play our mods with the Co-op mode with your friends as well, but make sure that they have installed them correctly too.*** 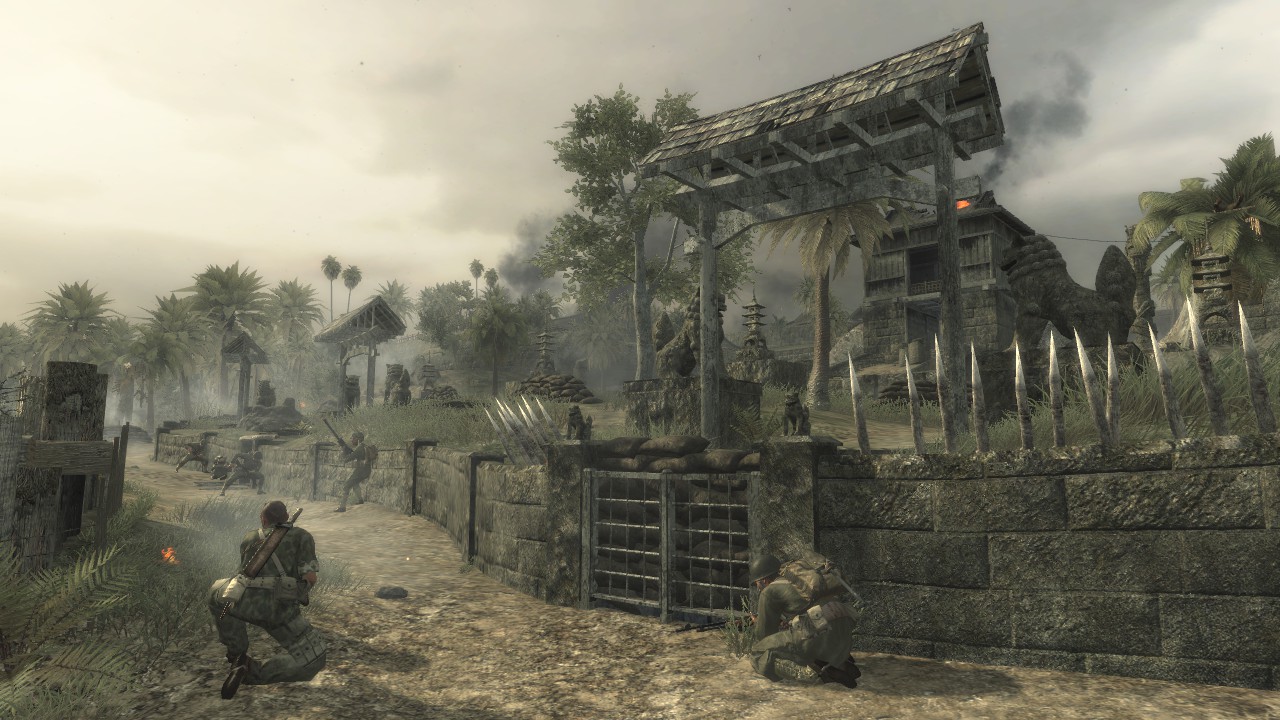 Credits for mod.ff: Mr. warrior300 (idk when he finally free from his busy stuff again, so now I welcome anyone who knows how to create mod.ff file for us).

Credits for textures: War_Crimes (many of the wonderful textures belong to him), MasterJames aka SPLinT_CeLL (a great modder who is currently "MIA" for 4 years now), MadIvan18, Ferry (prob MIA also), and MCh2207Cz (COD2's Back2Fronts mod). 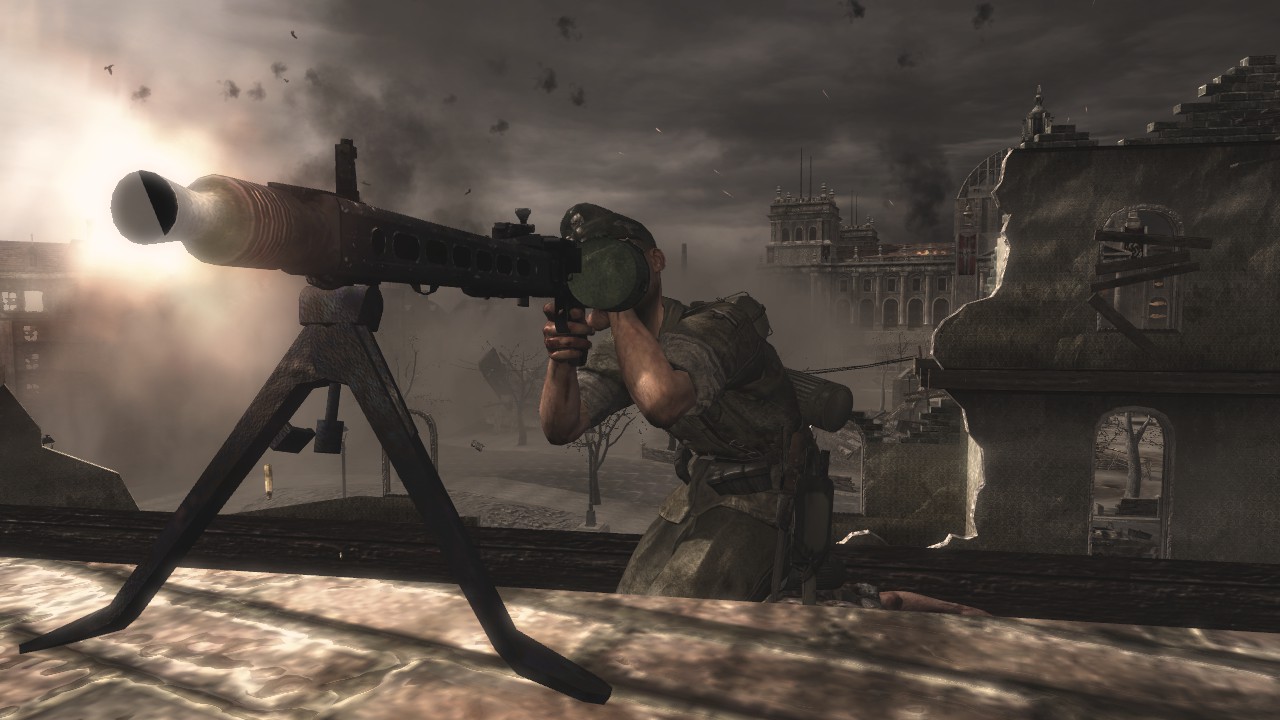 EXTRA info for those who want to know what kind of OLD + NEW German units were represented in the Fall of Berlin (FoB) mod:
1. Heer (Army) troops - appear with both regular tunic and Panzergrenadier models (those with anorak/smock). Based on 309th Infantry Division (Seelow), Panzerdivision Muncheberg (Seelow and Berlin), 18th and 20th Panzergrenadiers Division (Seelow and Berlin), 25th Pzgd Div (Seelow, but elements of them might have retreated into Berlin also), and other newbies units.
2. Waffen SS (mainly) and other SS related units - appear with a regular tunic, Waffen (camouflaged tunic without shoulder straps), officer (AMSEL) model, and Panzergrenadier model.
Based on the FOREIGN VOLUNTEERED 11th SS 'Nordland' Panzergrenadier Division (Seelow and Berlin), 1st SS Anhalt Regiment (Berlin), A small part of Panzerdivision Muncheberg ('SS. Panzergrenadier-Ersatz-und- Ausbildungs-Bataillon 1' from the 1st SS Leibstandarte Division), and SEVERAL other SS units in Berlin.
3. Volksstrum (armed civilians and newbies, aka "The Old, The Young, The Weak") - regular tunic with Volksstrum armband, based on so many Volksstrum units in Seelow and Berlin.
4. Fallschirmjager (paratroopers) - appear with FJ with jump smock models, based on paratroopers of the 9th Fallschirmjager Division (Seelow and Berlin).
5. Luftwaffe infantry (default 3.3 version) - replace 'char_ger_honorguard_body1_c' model, based on those who were attached/filled into the Axis defender forces in both Seelow and Berlin battles. Notably the 9th Fallschirmjager Division, a majority of them were inexperienced Luftwaffe ground forces and trainees.
6. Kriegsmarine naval infantry (manually modified 3.3 version) - replace 'char_ger_honorguard_body1_c' model, based on the 'Grossadmiral Dönitz Battalion' (sent by Grand Admiral himself, and reach Berlin in April 25/26th).
7. Hitler Jugend - replace 'char_ger_honorguard_body2_c' model, based on several Hitler Jugend units in Seelow (last defensive line) and Berlin. 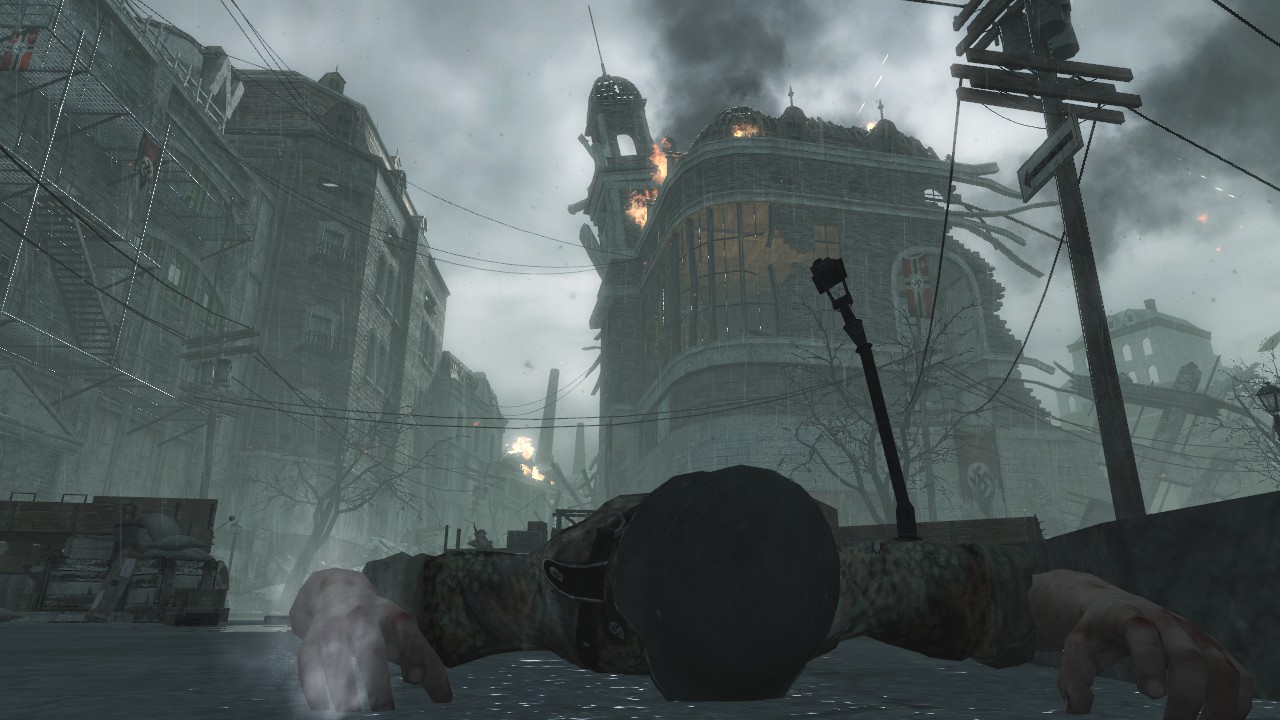 Also, details of the experimental works for those who interested:
1. zzz_CREDITS - Bonus at the 'credits' section.
2. zzz_INTRO - Remove date settings from some of the missions, just to create some more logic and realism to the storyline.
3. zzz_LOADOUT - A custom starting weapon loadout of mine, just a little change in a few missions.
4. zzz_LOADOUT2 - Same as above, but also add 'Mosin Nagant w/scope' for some of the Soviet missions as a secondary weapon. *This one can't be used with the vanilla version.*
5. zzz_NAMEedit 1 - Additional surnames for AIs, especially for US and Soviet units.
6. zzz_NAMEedit 2 - Same as above, but change the "Pvt., Cpl., and Sgt." into "Enlisted and NCO."

BONUS (UPDATED): Walkthrough video of the Fall of Berlin by 'Luna' (possibly with 3.2 version):

Well, I guess that's all. Please contact me right away if our mod caused any problem. And you can review our mod if you're interested.

Really didn't expect such a bonus in credits)

'Hi-Rez Wehrmacht' skin, a new skin for Opel Blitz truck, new skin for 88mm Flak, and 'HG Division' skin lol thats me I made them a while back now.

Lmao, thanks so much! I'll change it right now XD

hey guys yo i just joined a game on World at War on the ps3 and a dude called SAUDI--SNIPx had a menu pop up in gameplay online and it said
MOD MENU:SUADI--SNIPx
now i have had a few games in modded lobbies before to the extent someone was ****** about now i cant do my challenges it said they're complete already things still get unlocked when i complete challenges but i cant actually complete them it just says
DONE:
DONE:
DONE:
etc for every challenge i don't mind, it is a **** take i cant level up properly put the work in and get to actually unlock em but any way i clocked this mod menu and and carried on playing anyway then all of a sudden my screen goes all wild and im like ok wtf is this error code started popping up on the screen and then it started stating my fps in the top left corner and i was like ok then it was asif i was standing in the middle of the compass and it surrounded me like i cud see all the cardinal points as i turned say N when i faced North and W if i turned west but then all of a sudden i get this thing pop up in the middle of the screen and it says
DEV: Virus uploading and im like wtf man im thinkin i better move quik and was turbo and quickly pulled the power out the back of the console at like 98% uploaded,
it was close but i am well far from clued up about moddz on games i do alot of computer work with Linux and stuff but not game modding but this was on the ps3 in the uk at 1pm does any one know what it was have they experienced this sort of thing, is it a safe mod that will perk the game up or am i letting potentially this dev create a backdoor leaving vulnerabilities nice one guys n gals just message me back on here il be back or just someone point me in the right direction please be very helpful

Well, I'm sorry to say that I really have no clue on this one. But I guess this was likely to be happened because you play this mod with your PS3 instead of PC.