The concept of Cells" and "Tiles" merged back into one, because it introduced unsolvable pathfinding and gameplay issues. So now one unit will occupy one tile and one tile will have only one unit on it.
(sidenote: this also means traps will fire only on one unit instead of 5 like previously)

Graphical size of tiles is also reduced by roughly 20%, which makes buildings look smaller and unit movement speed is slower as consequence 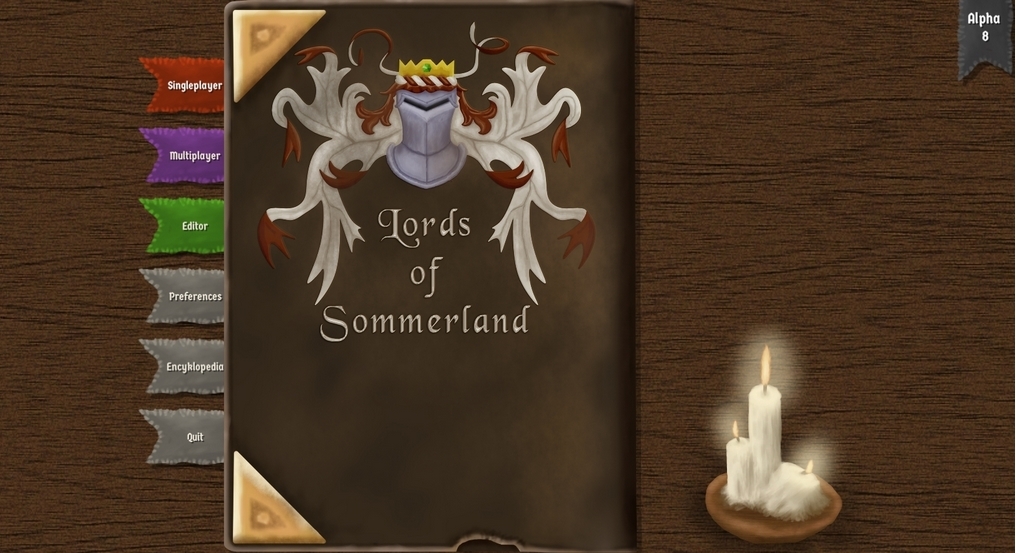 Each worker gets a unique animation when they are working. (and also a bunch of new house sprites)

Units also have a bigger version of their icons/portraits. 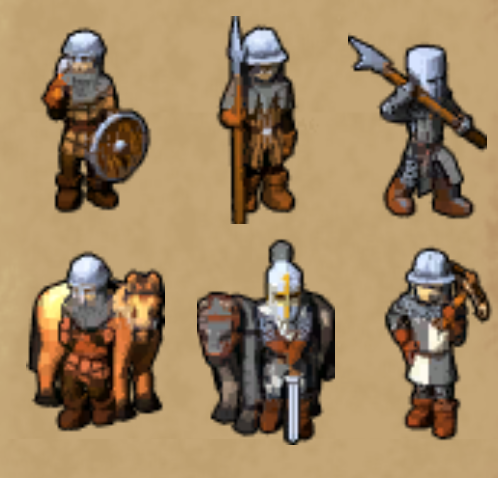 -Unit attack speed is no longer random and based on animation

-Axes, Slings, Spears and Bows merged into "Wooden Weapons" and Swords, Halberds and Crossbows merged into "Iron Weapons"
-Added the Smith, the Swordsman, the Halberdier, the Crossbowman and the Knight
-Added Weapon Smithy and Armor Smithy

-Carriers can carry more than 1 ware

-Added an option to toggle "repeat" mode to school, so that whenever a unit is trained, its placed back in the queue

**Balance:**
-Damage is calculated with addition instead of percentages and all fighters rebalanced
-Units now regenerate health at 1 HP per 4 seconds when idle (increased to 1 HP/s when eating);
-Building hit points doubled
-Stonecutter gathers up to 15 (10 previously) stones from one stone tile
-Tier 1 housing can house 8 serfs (previously 6)
-Bonus for attacking from behind/sides doubled
-Units attacking from uphill or downhill will modify damage (debuff and buff respectively)
-Boots give serfs a movement speed bonus
-Spike pits cost 1 timber instead of 1 log

-Added a new tile (Sand) and a new brown variation of cliffs;

**Bug Fixes:**
-Fixed distribution priorities with school, inn and other buildings
-Fixed the bug where units in traffic would get forever stuck when in an endless loop in 1x1 corridors
-Fixed the bug where ranged units wouldn't stop firing at a unit once it got out of range
-Fixed melee soldiers being able to fight through walls
-Fog of war now properly renders on top of cliffs
-Animals (like sheep and horses) removed from Storehouse