The Romulan Star Empire has returned. The time has come to conquer!

Well, there's no point pussy-footing around with this one! You've been waiting so patiently - here it is!

Honestly, we were planning to release in a few more weeks, but given these uncertain and worrying times we decided to knuckle under and release it slightly early to lighten things up.

We really hope you're all well and safe. As I say these are difficult times. It's been a period of adjustment for many of us and likely will continue to be so for some time yet. We'll get through this if eveyone does their part by isolating and practising proper hygiene. Stay home wherever possible and wash your hands, people.

If you're living in a heavily affected area, such as China, Italy or certain parts of the United States, if you're stuck away from home or if you or someone you care about has been infected, know that we're thinking of you and wishing you all the best. 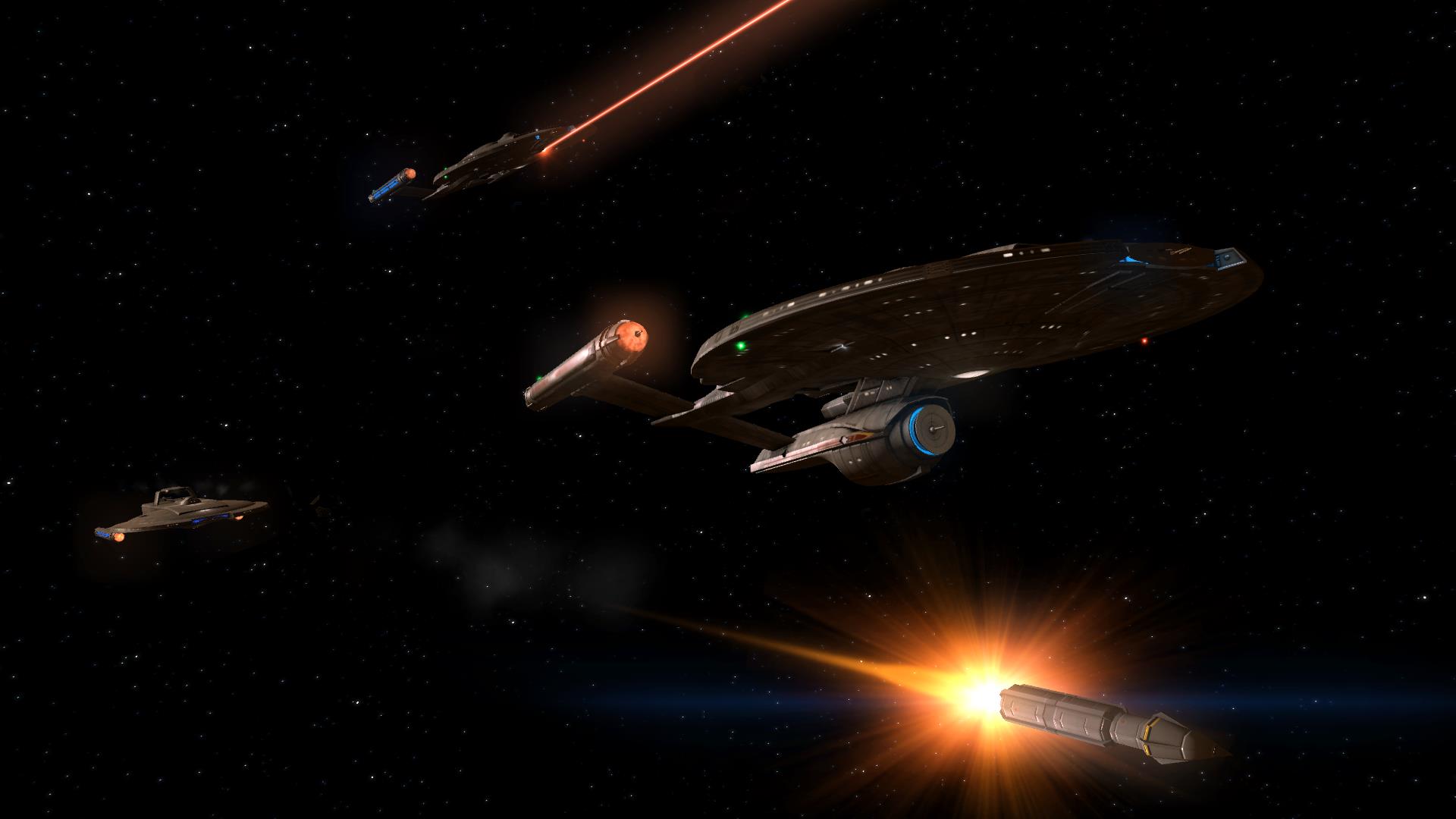 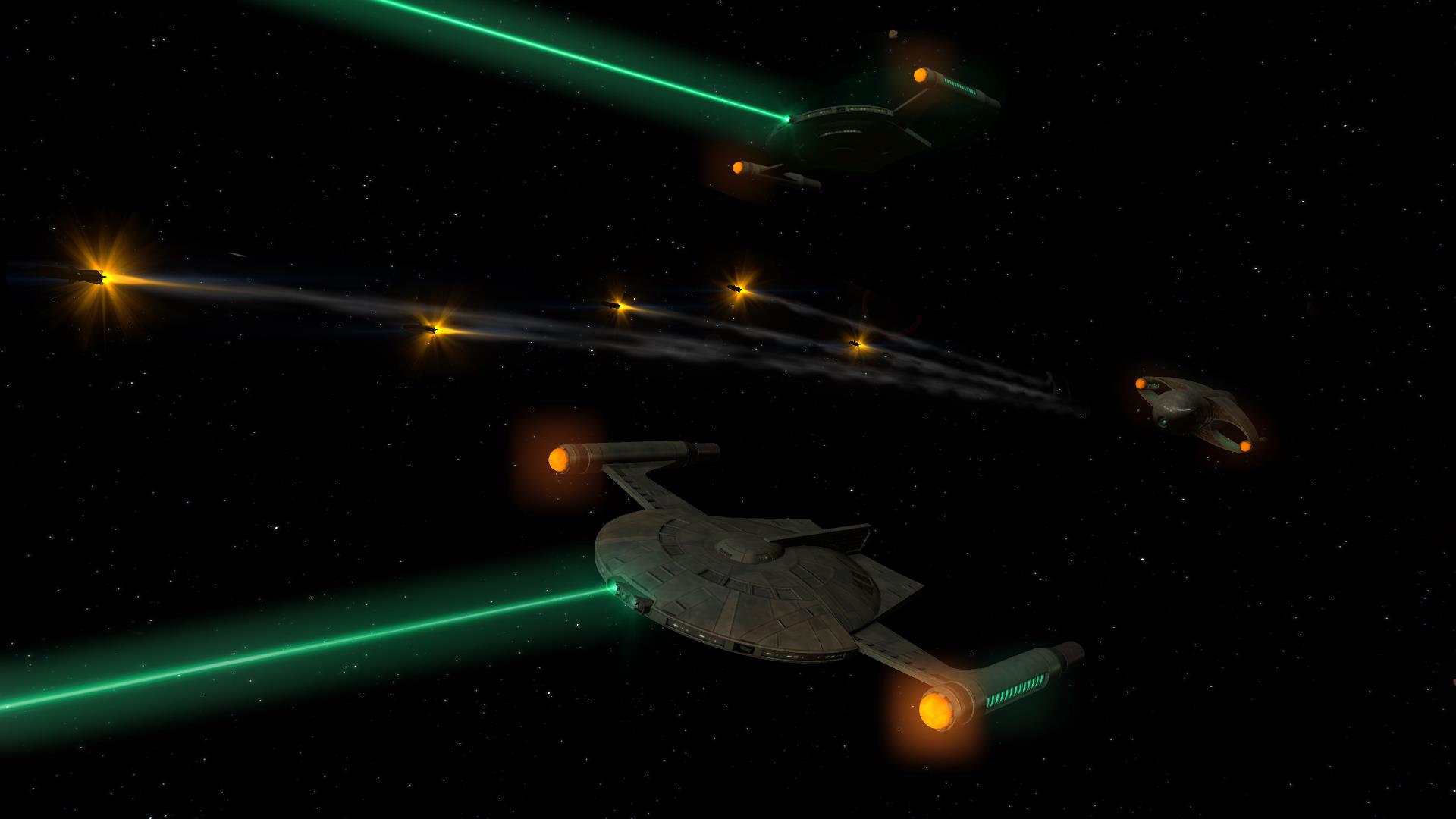 Cry 'Havaoc!,' and let slip the dogs of war!

"Really? On April 1? Is this a joke? HOW CAN WE TRUST YOU, ORION!?"
Honestly, I can see why you'd think that. But no, my sceptical friend - this is neither a joke nor a prank. 'Beneath the Rapor's Wings' is now fully playable for any and all, letting you rain firey vengeance on the weakling Federation and the barbaric Klingons as the Romulan Star Empire. Enjoy!

"Great! So what's new with the mod?"
Well, other than the most obvious addition of the full Romulan faction, we've also been working like Trojans overhauling other aspects of the mod. For example, there are now a number of new minor factions, including the mighty Xindi, complete with their own special abilities and levels of usefulness. Speaking of the Xindi, I'll give you a hint - get them on your side. 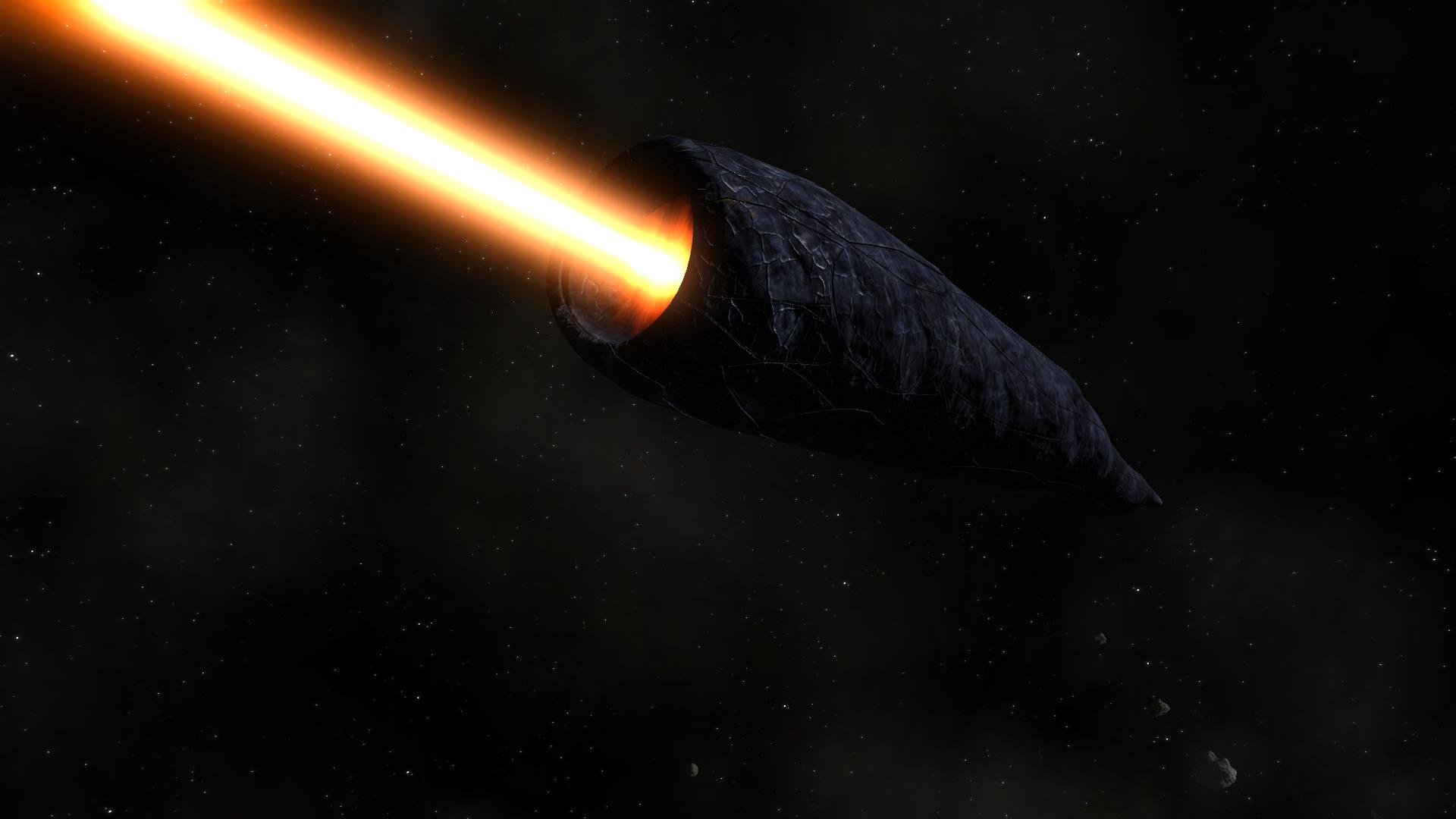 We've also overhauled the Flagship Victory mode, known henceforth as Assassination Mode. In Assassination Mode, your goal is to destroy your enemy's specialised flagship, just as in stock. However, now flagships are both unique vessels, and have powerful buff effects that boost your planetary efficiency and fleet performance. You're not going to want to plant your flagship at your capital surrounded by turrets any more. Instead, you're going to want to move it from planet to planet, boosting your income, or following your fleet so it can provide those mighty buffs. Assassination Mode is perfect for those of you who enjoy high risk/high reward gameplay.

"And what about the Romulans themselves?"
The Romulan faction is complete and fully functional. We're actually very happy with how they've turned out, and we know a lot of you are just as excited as us to finally see them released. I've already covered their general play style in previous posts, but here are some handy gameplay tips you might find handy: 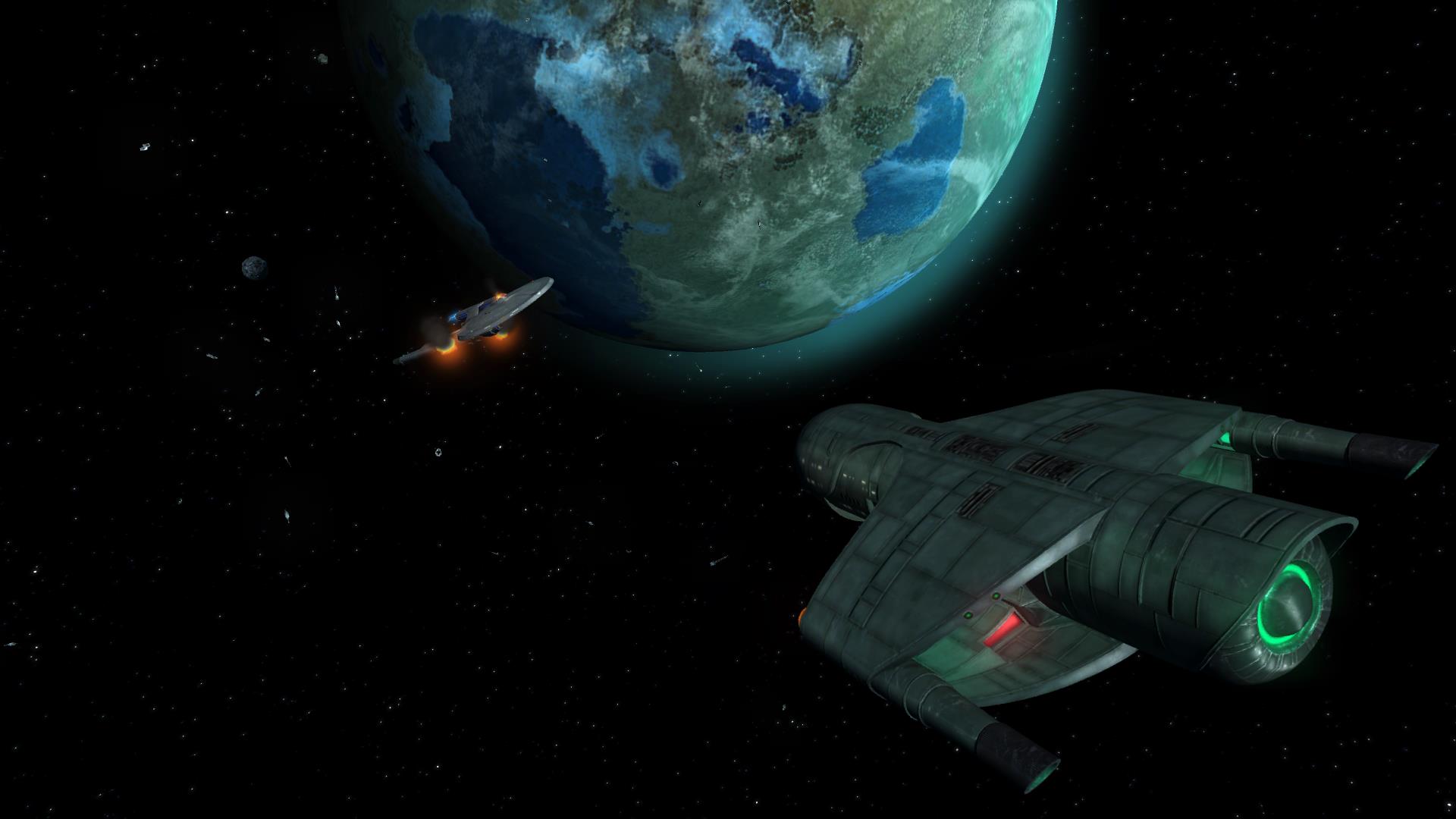 - Given the potent nature of their special abilities, researching new technologies is even more important for the Romulans than it is for the Federation. Secure territory as quickly as possible and get those research facilities up and running.
- The Romulans start out roughly equivalent to the Federation, stronger in some areas, weaker in others. Their disruptors are easily more powerful than the Federation's early phasers, but their nuclear missile weapons are inferior. They look pretty, though. Romulan ships are also less durable (at first), but faster.
- Like the other two factions, the Romulans will need to return to repair facilities to regather their strength after combat.
- True to the lore, the Romulans' Achilles' Heel is probably their poor energy stores. The Romulans enjoy some of the most effective special abilities in the game, yet their fleet lacks any kind of tender ship. The Romulan fleet will have to return to base in order to replenish their energy reserves. Keep that logistics infrastructure strong. 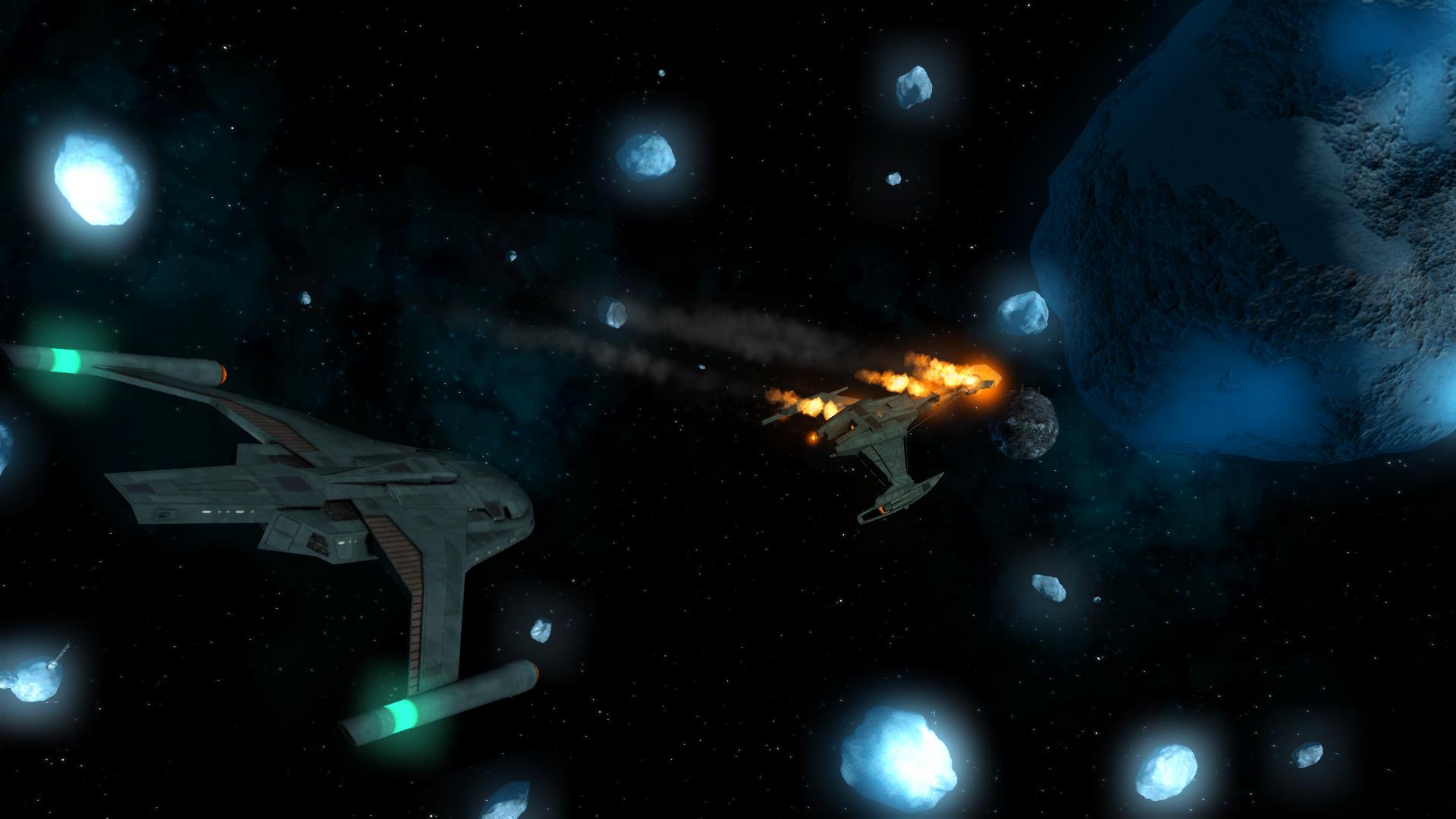 By the late game, the Romulans are absolutely deadly

- Nuclear barrages are pretty, but plasma torpedoes are balls of death.
- The Romulan titan - the Vas Hatham Bird of Prey - functions differently to those of the Federation and the Klingon Empire. If we were to use a real world analogy, if the Constitution and D7 were likened to surface naval warships, then the Bird of Prey is more akin to a submarine. It's certainly deadly in direct combat, but it has a number of advantages, such as additional buffs, when attacking from stealth. Use it wisely.
- In general, the Romulans can certainly hold their own in a straight-up fight, but clever tactics are their thing. Cunning is by far your greatest weapon and by cleverly utilising speed, misdirection and their special abilities, you'll reduce even superior enemy forces to burning rubble. 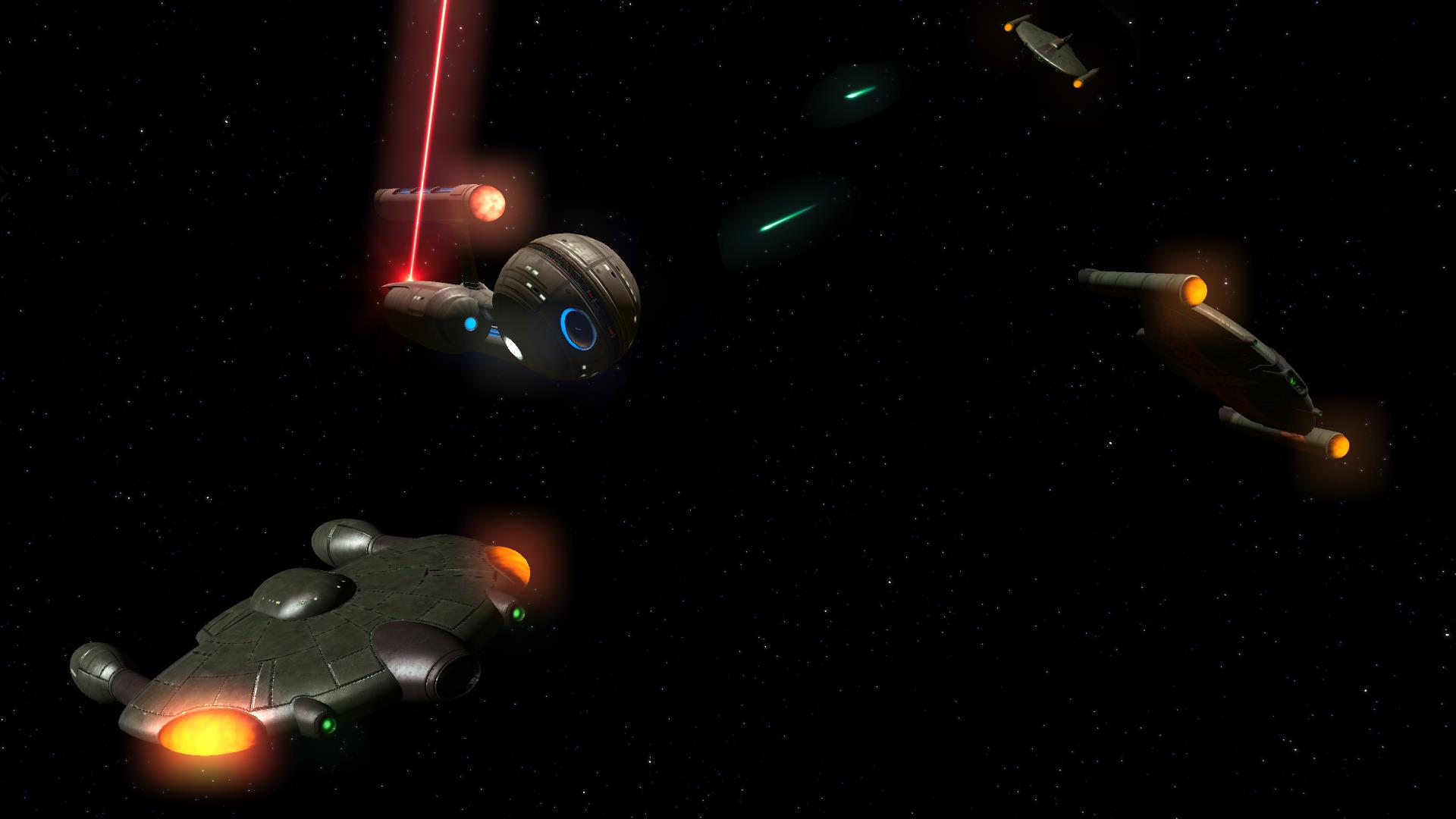 Please keep in mind while playing that we forewent a fair bit of testing in order to release this early. If there are any bugs or mistakes (wrong icons, String Not Found, etc.) or something doesn't feel right, please let us know about it either in the comments section or on our Discord.

Now go and conquer in the name of Romulus!

Between my current play through of the MassEffect series and now this I’m going to be officially a stoned space gamer.
I grew up with TOS so these ships are the real deal being manned by men/women with out a Wesley in sight.
And in a rare opinion Enterprise the show had a little of TOS feel.
Good time for gamers I suppose.
Thanks for all the hard work. Now back to Normandy then Enterprise. 🖖🧝

please tell me this isn't an april fools

This isn't an April Fools.

That's just what an April Fooler would say!

Anyone else having trouble launching Sins? Steam says it launches, but the computer just sits on the desktop with a spinning blue wheel. Have to restart just to get things back up and running. Not mod related

I had the same thing. It crashes with a MiniDump. Something about with C++??