Modding support, party members, singularity-making railguns! It's time for another round of Underspace development updates.

Welcome to February, the shortest month of the year, but hey at least there’s that Love Day or whatever the hell it’s called in the middle!

Part of the work this past month has been what I call an “inventory overview pass”. This doesn’t actually have anything to do with the in-game inventory, rather it’s a passover of each individual star system, checking what wrecks, quests, bosses, and content exists in it. What we’re trying to achieve with that is a good, even distribution of content over the whole 70 star systems, like an evenly spread dab of mustard over the bread of a delicious sandwich. 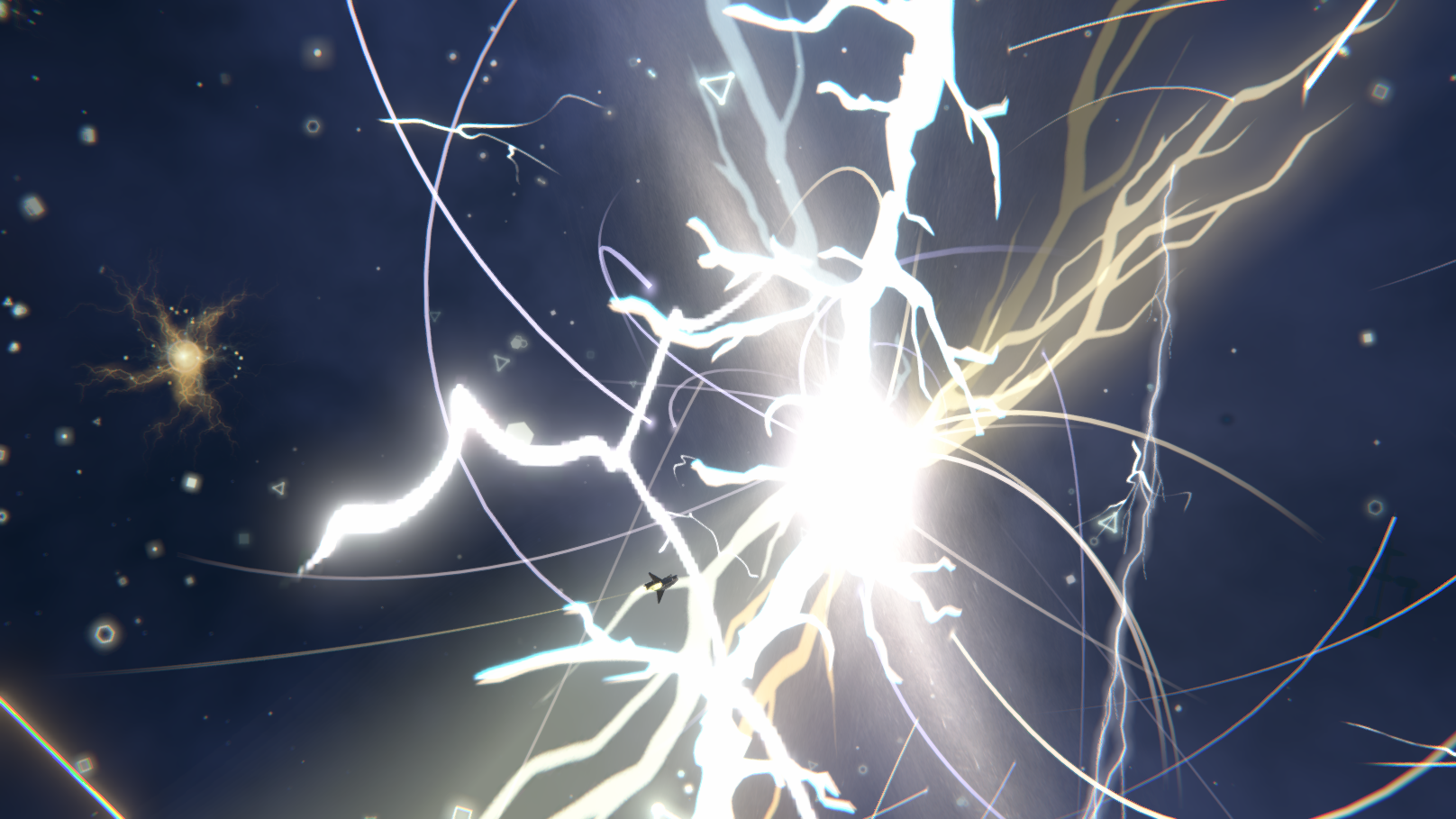 And of course, part of that pass is also to go back over tons of content and hook it up to be fully working, or add in content that’s planned on paper but wasn’t in just yet. It’s a short month, but this is a big update, so strap yourselves in kiddos.

As always, this is a paraphrasing of the full update, which you can read here.

You may remember rescuing a certain someone from the depths of a hyperspatial gateway. Starting now, they’ll become a party member. And dear Pyrona is not alone, the entire party member has been redone and is game ready. You can summon forth party members to help you in anything, and they’ll grant bonuses, and additional bonuses when you find and complete their unique loyalty quest.

Your last summoned party member comes with you on docked stations, and you can talk to them to get their opinions, backstory, hopes, dreams, etc.

A few demo players might have noticed that though we’ve got a system for heavy equipment and ultimate attacks, but basically no heavy equipment. Some didn’t work, some didn’t exist, and some just weren’t implemented. We’ve got back through the entire thing and added in every single heavy equipment piece, got it working, and also added a couple new ones. Fantastical nukes, huge railguns, gatemakers that summon forth anti-bullying robots, even cannons that tear open nodes in spacetime. 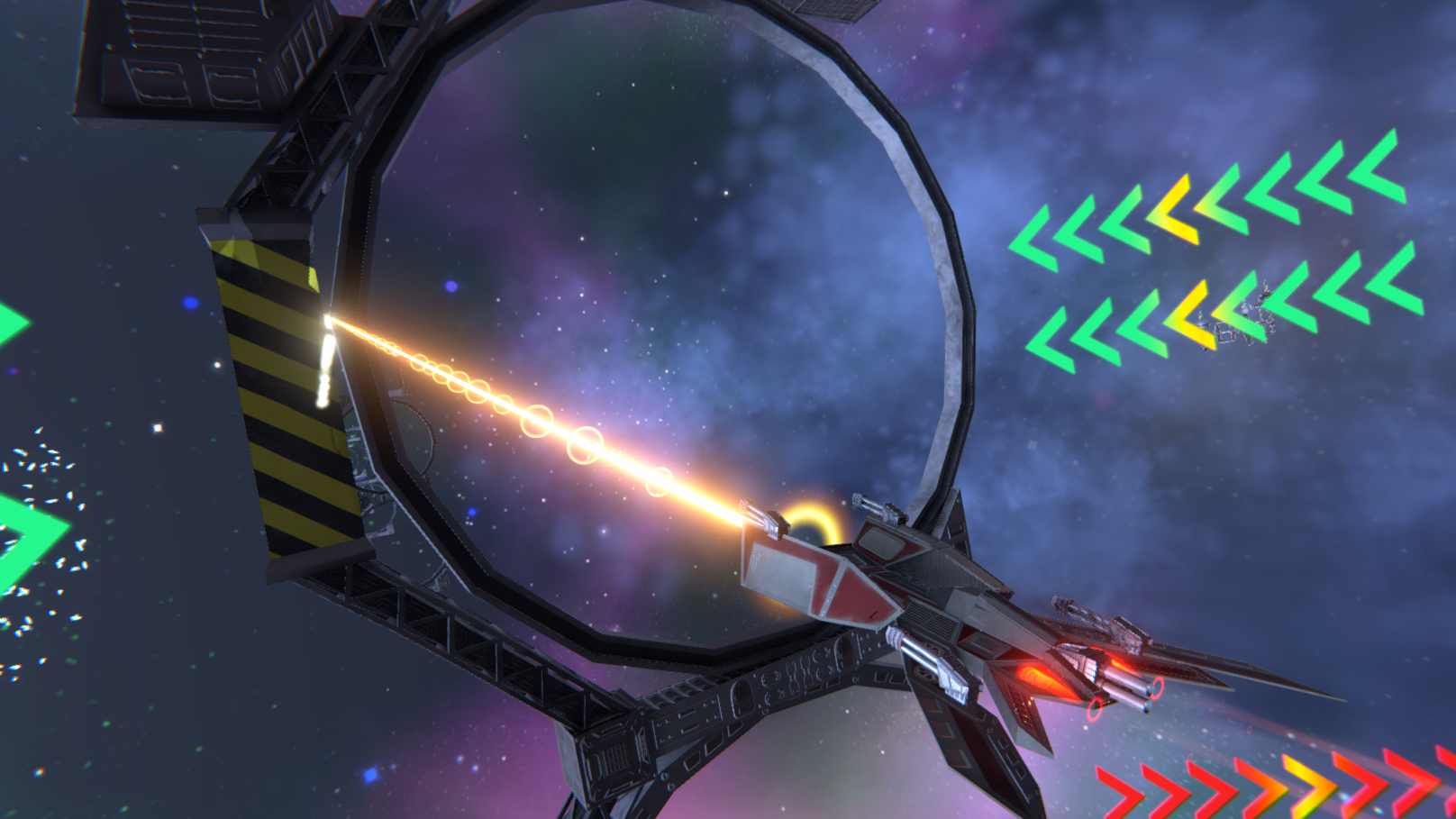 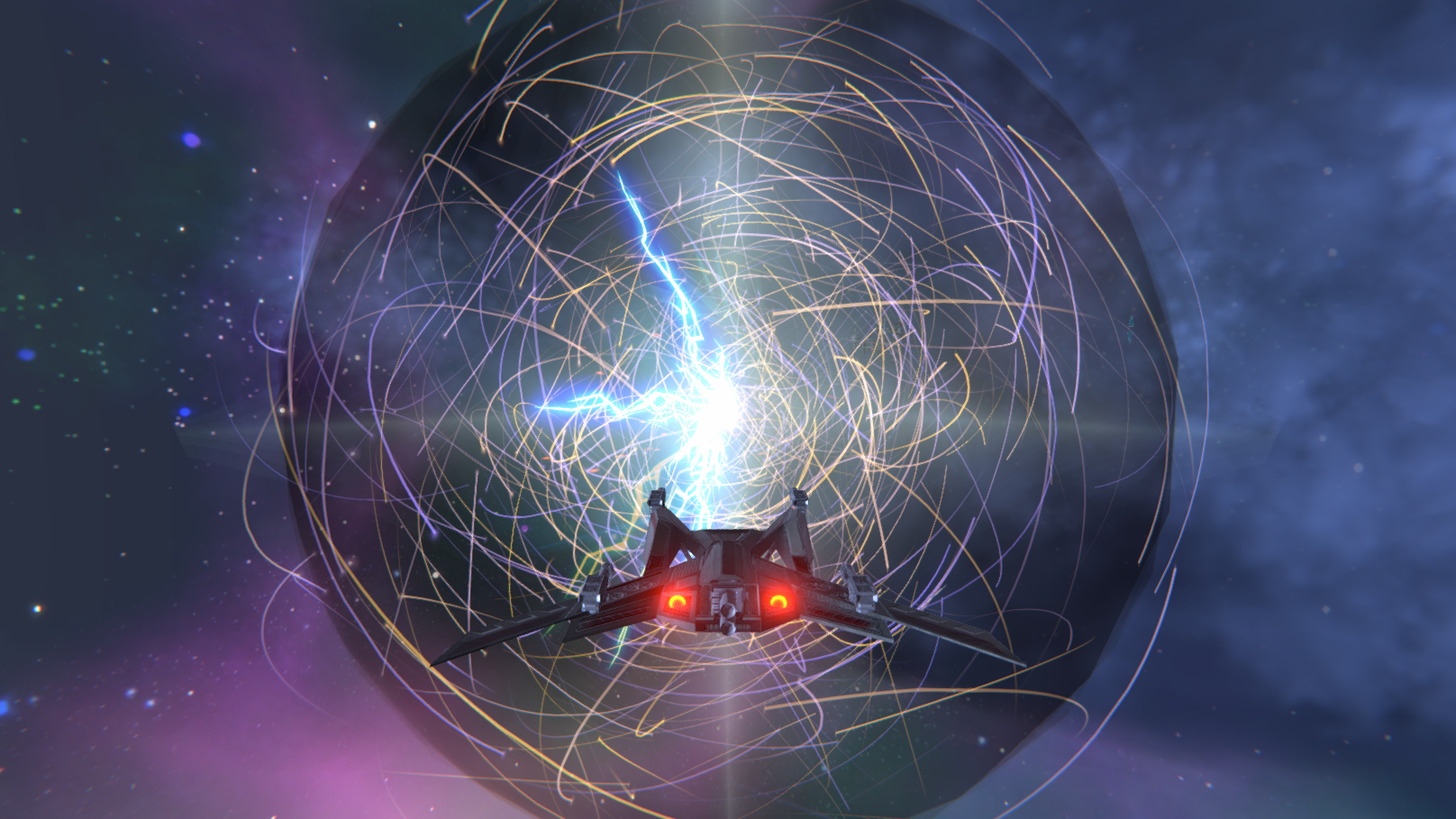 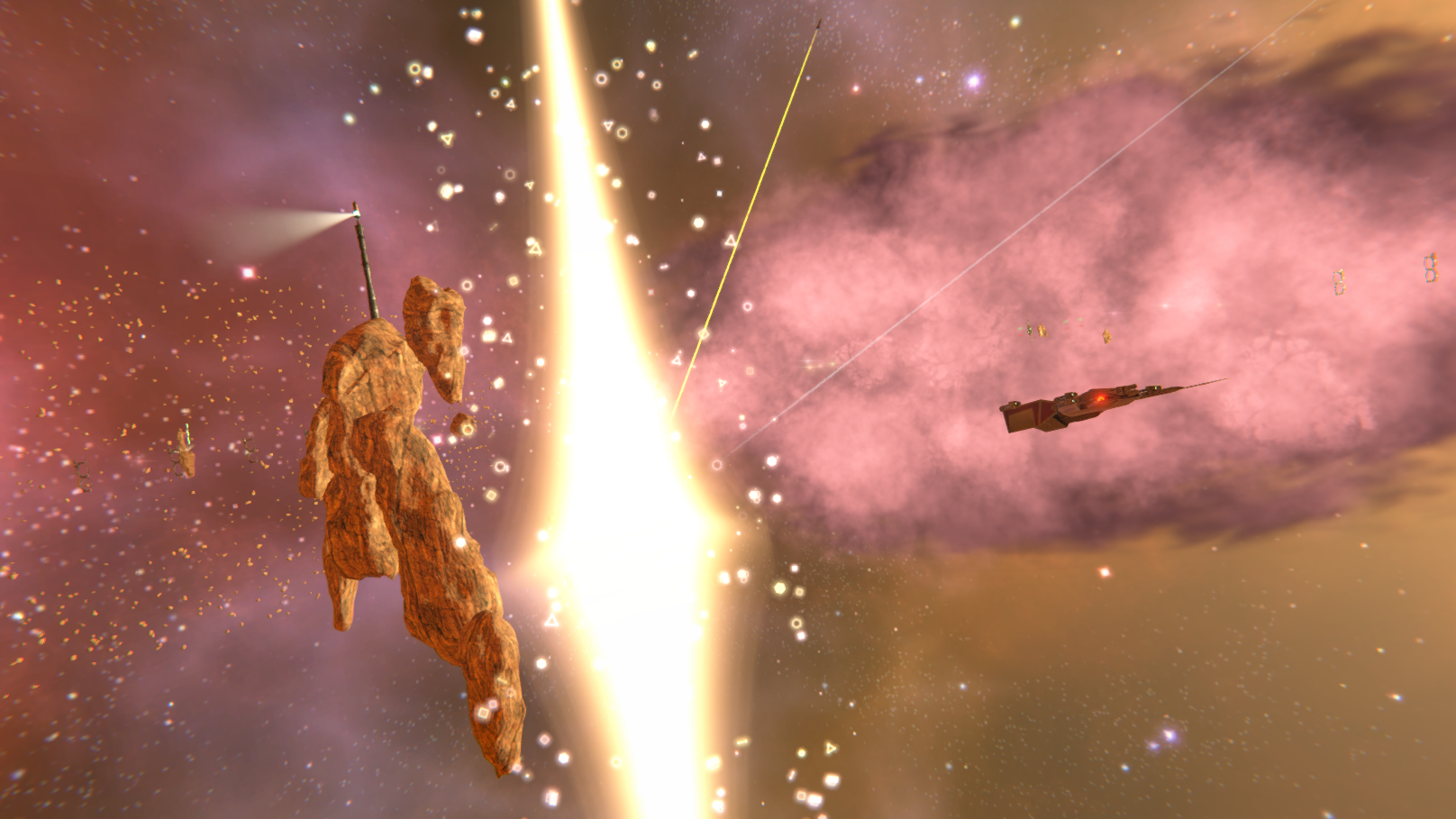 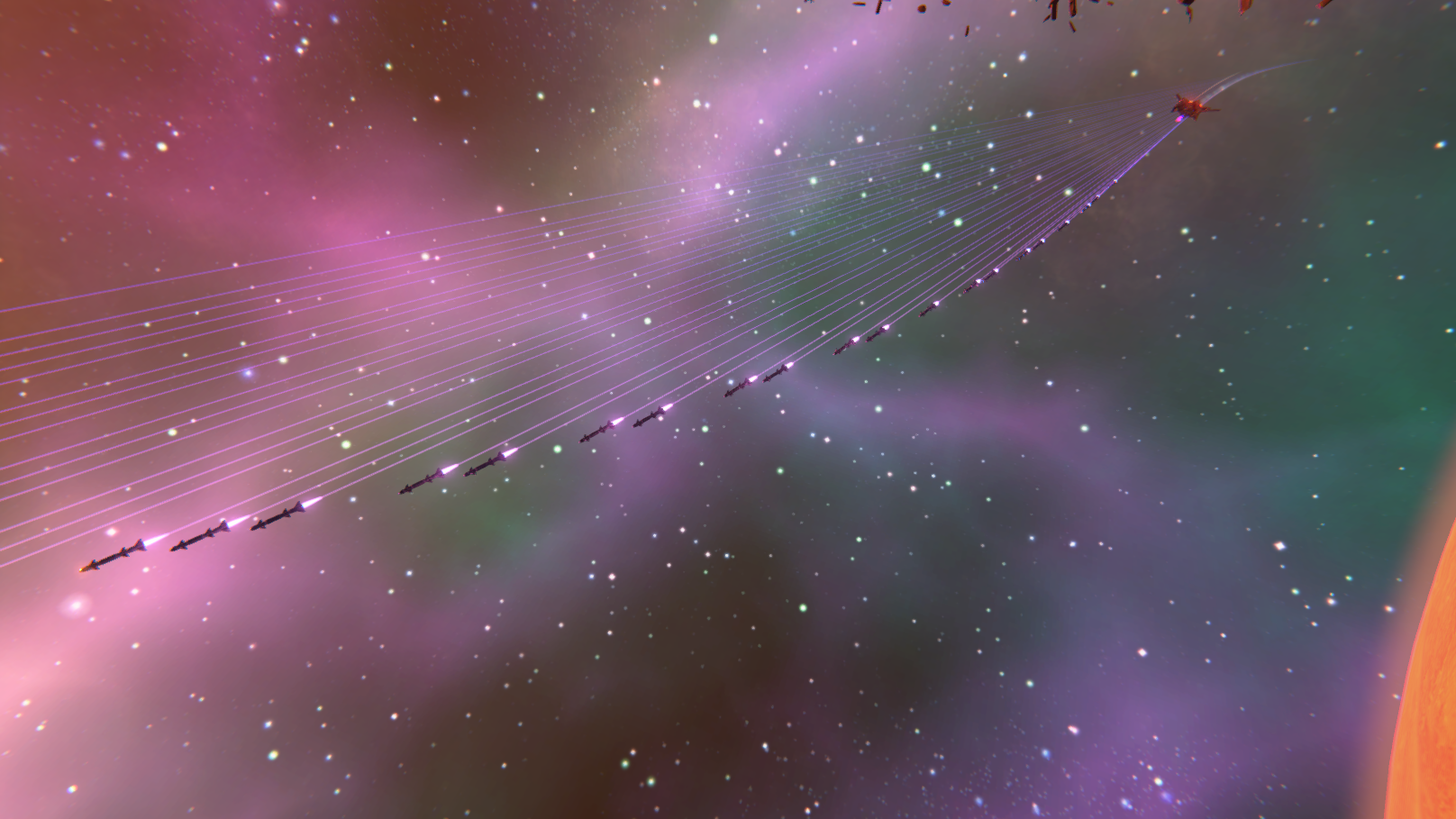 We also added special equipment. These are just basic components that can set their own values and independently bypass the normal equipment system, they’re generally used for aesthetics and quests. They’re also the perfect system for modders, who will probably be able to take advantage of a lot of the stuff they offer.

There’s been a massive amount of work done across the board in terms of background tech, bugfixes, and QoL features. Let me just highlight the most major ones.

First off, the game’s memory usage has been slashed in half (at the cost of slightly longer load times), going from a whopping 5-6GB of RAM to a more manageable 2.5-3GB on average. Quite the cause for celebration I feel.

There was a huge pass on AI pathfinding, solving a lot of key issues while making the NPCs smarting about avoiding things like planets, other ships, stations, etc. 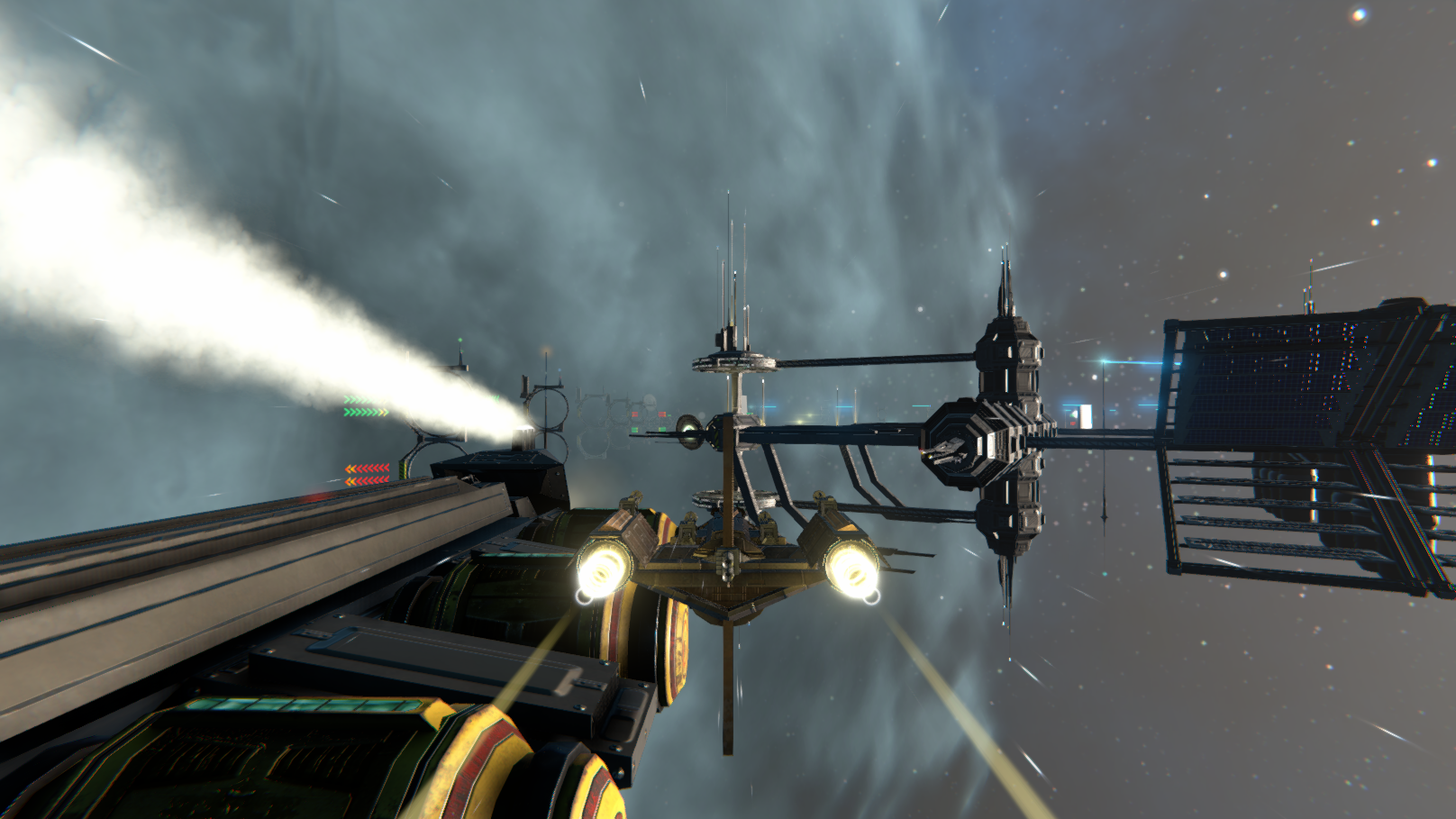 Big ships doing a job will also attempt to continue doing that job, even in the face of attacks. After all, they’re not getting paid to play with pirates.

Do you think I was lying about there being mods? I only ever tell the truth. The game can now process changes to objects and items, put them into an easily shared format and file system, which the game can subsequently read and load as mods.

You can sort, enable, and change the load order of plugins in the game itself, and what’s more the game will report possible conflicts between plugins, as well as where the conflict occurs. The system’s pretty nascent right now, but much like a baby that grows up into a nine foot tall 400 pound monster that could eat god, it’ll only get more extensive from here on out. 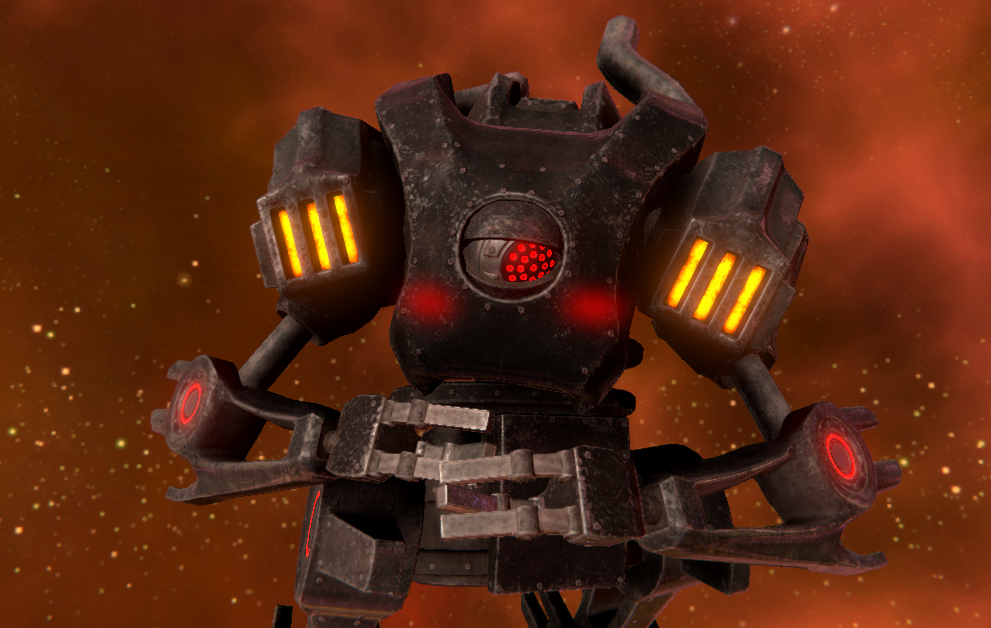 We’ve also redone skyboxes and scrapfield models in a variety of places, in a way that I’m finally satisfied with. 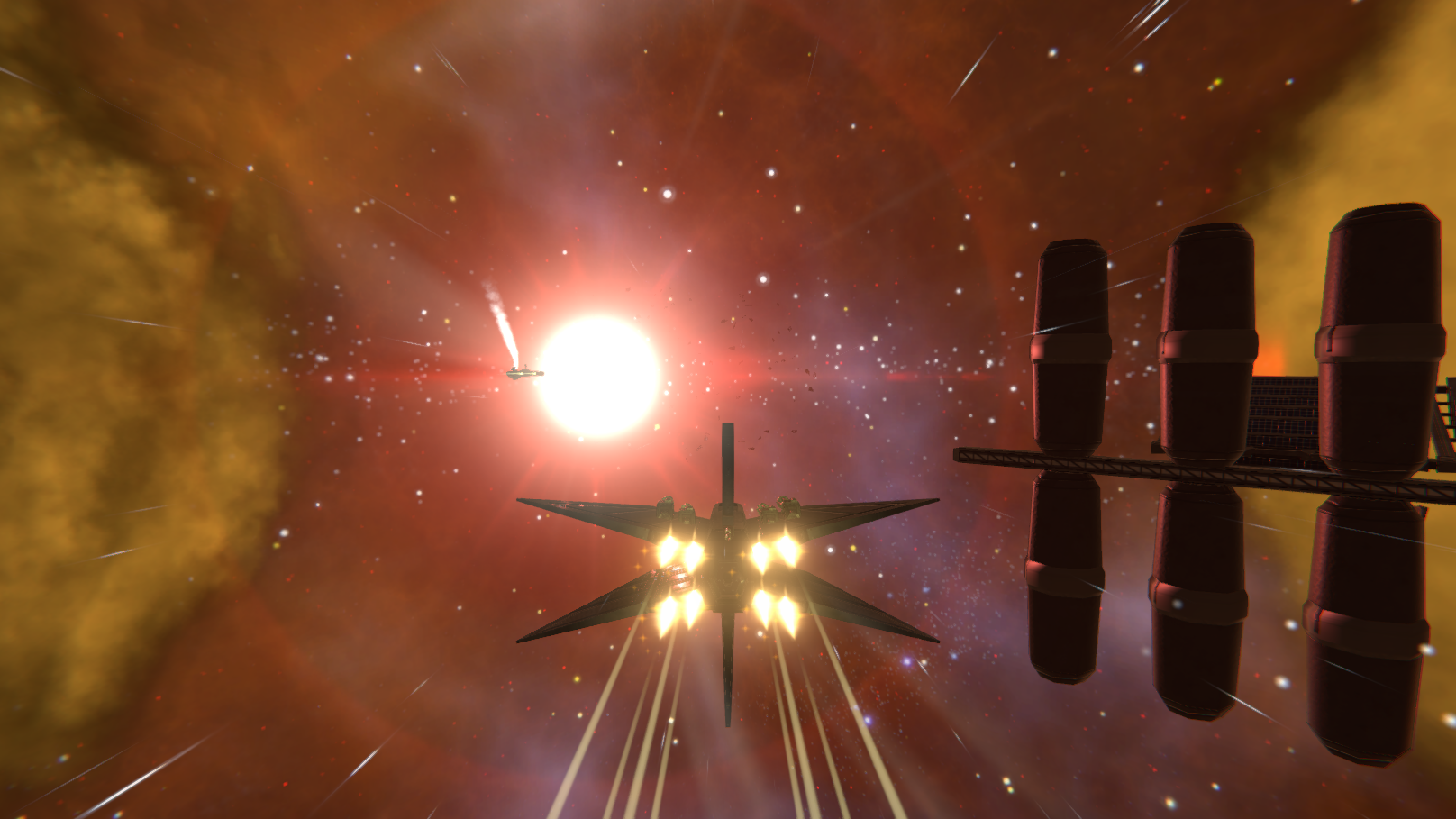 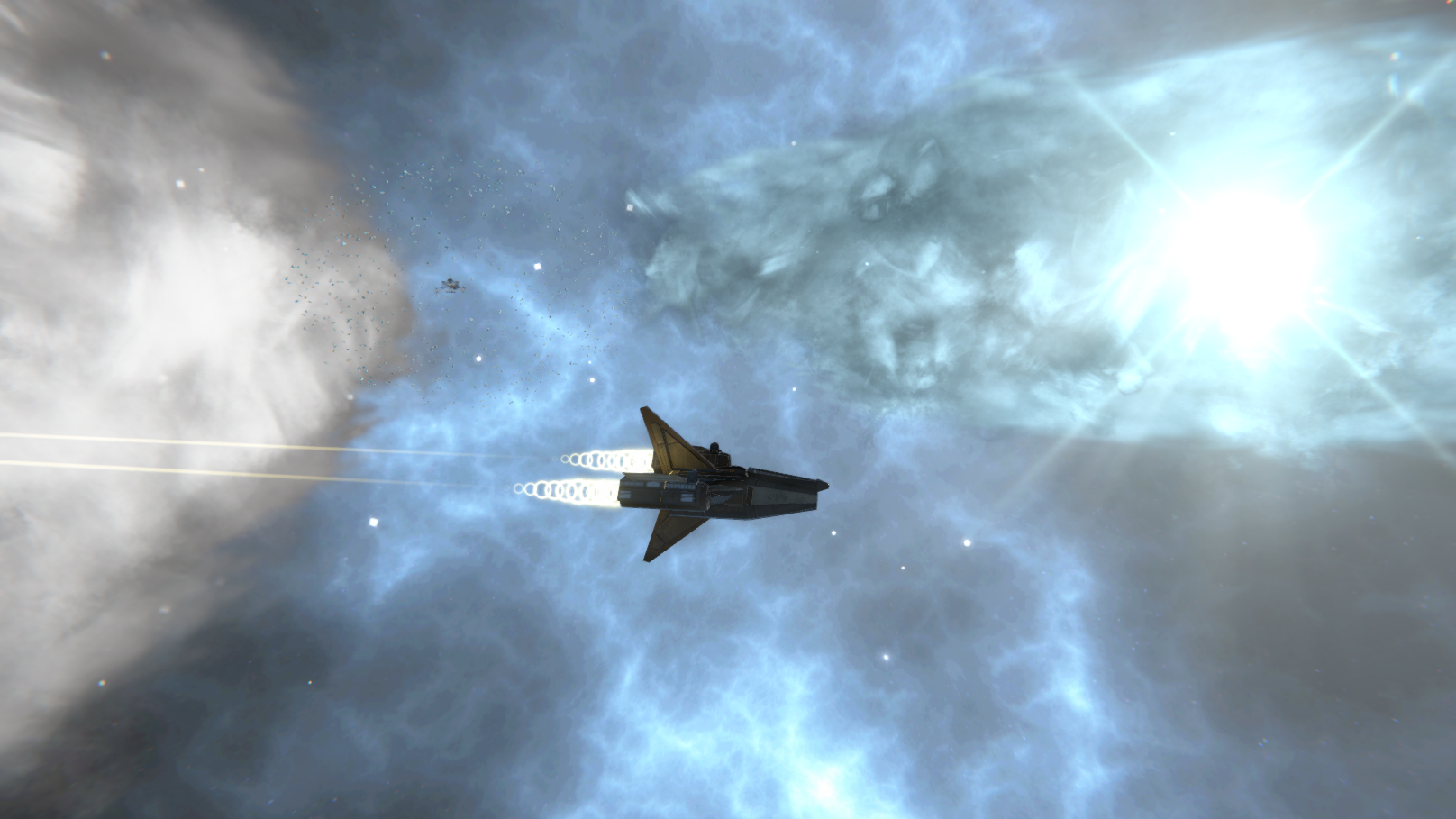 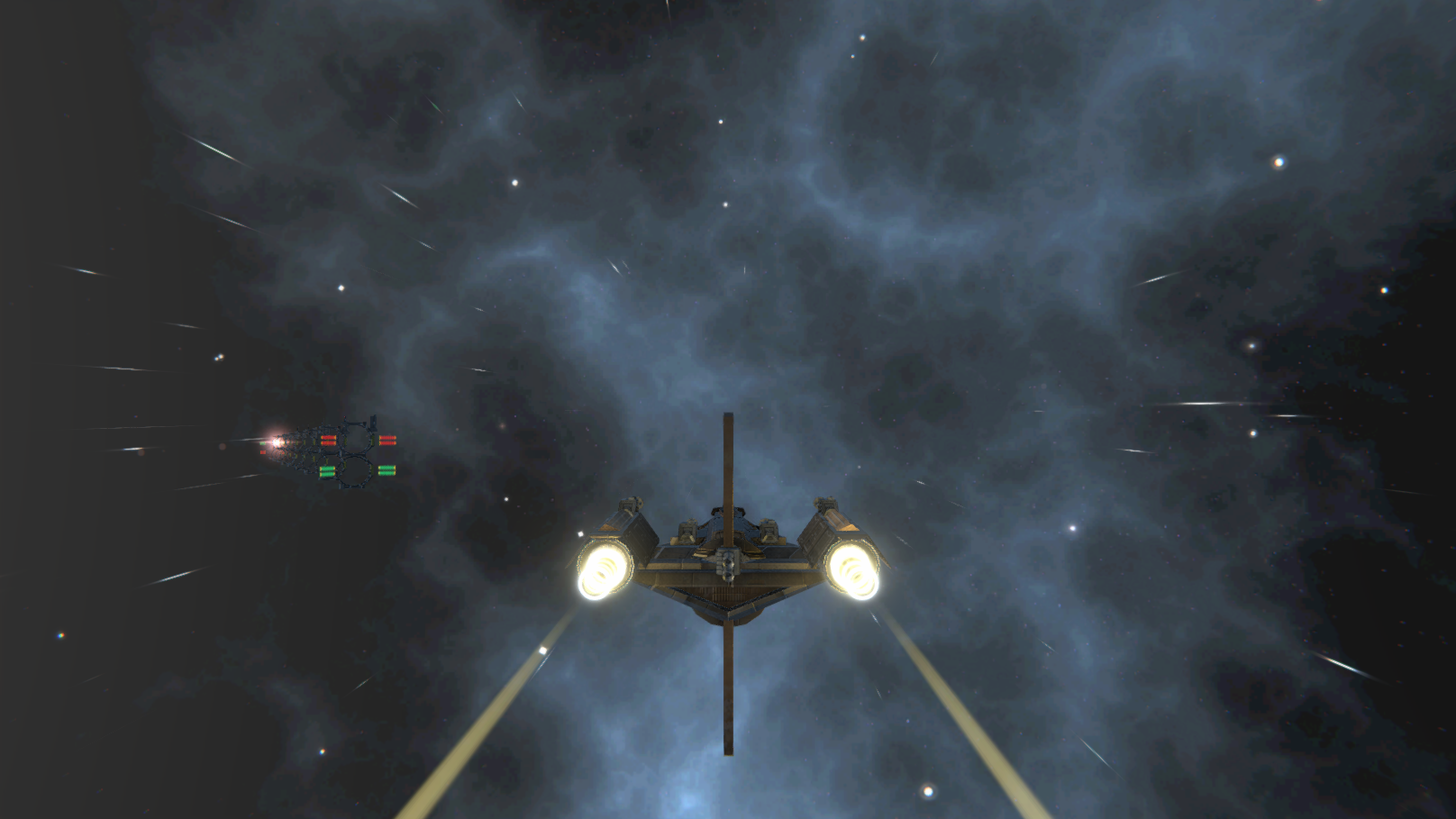 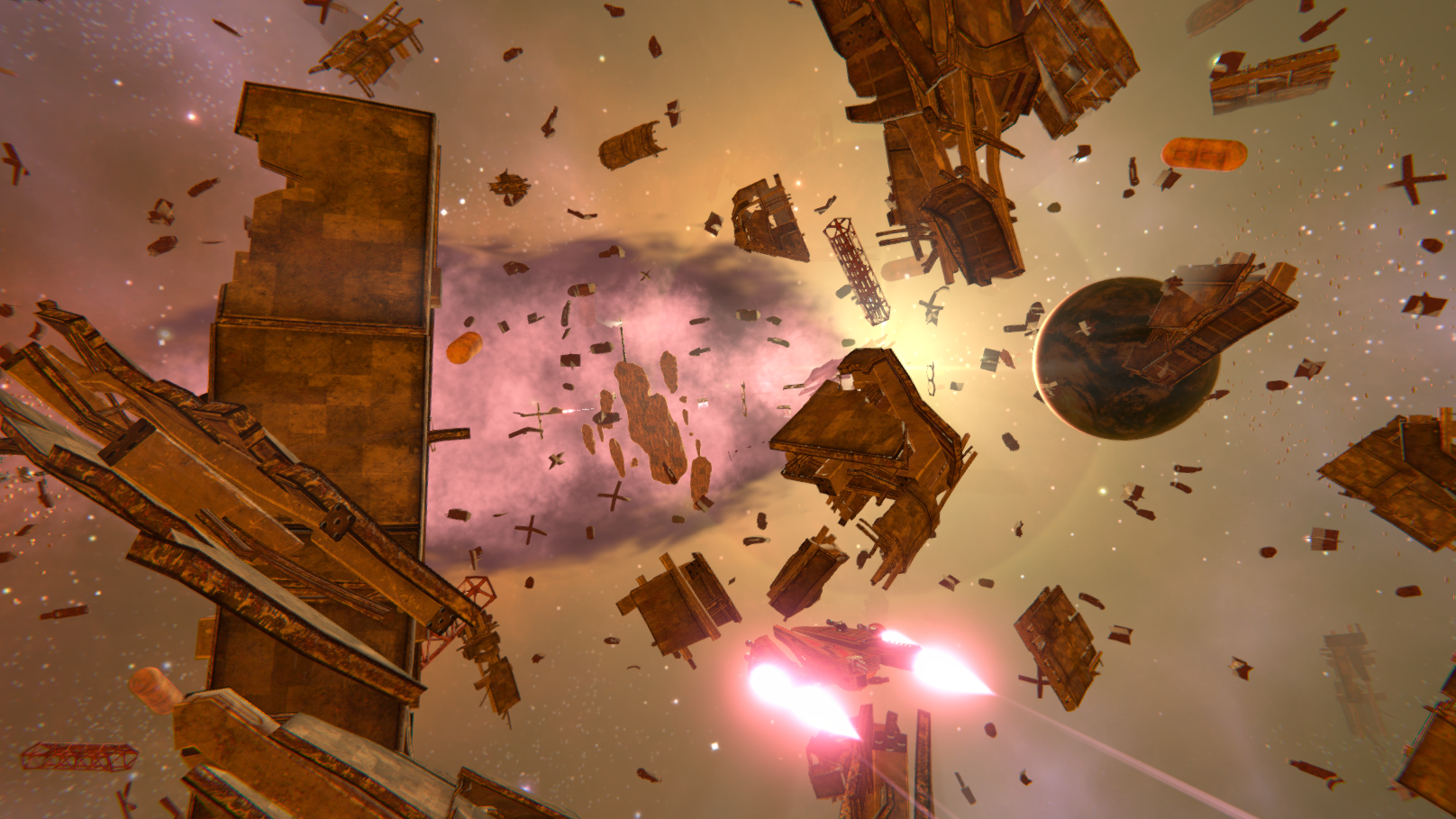 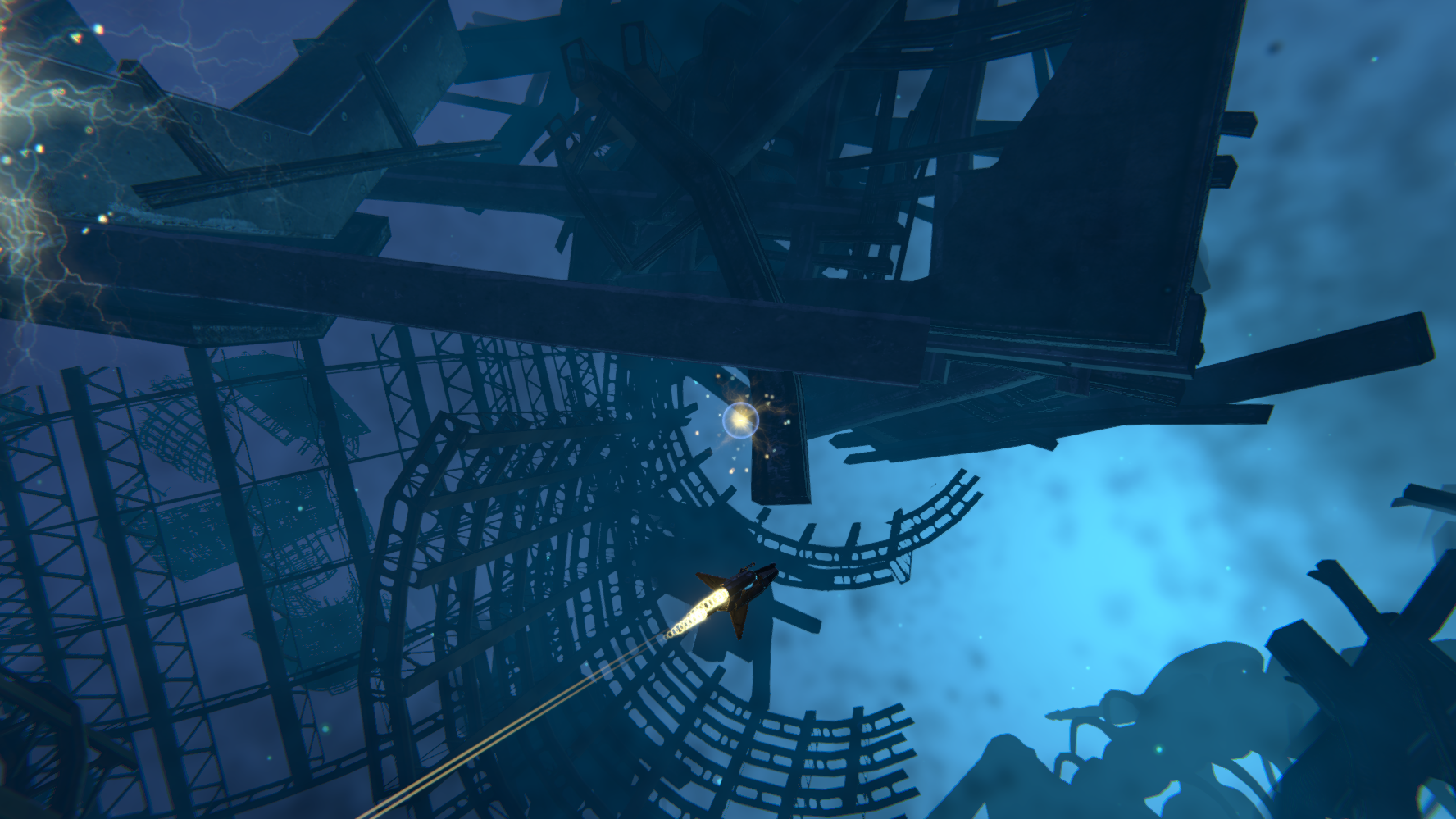 That’s all for this month, check back next month, ideally we’ll have some more campaign missions and quests.