Since the release of 0.6, we've had some major improvements done to the mod and engine overall, check out the update for more information!

Hello everybody. We've been blown away by the positive feedback from the release of version 0.6, your feedback, reports and reviews are greatly appreciated and we are working at optimal pace to further improve Twisted Insurrection as quickly as we possibly can. Here's a preview of all of the updates and changes as of late, now available to download either via the Twisted Insurrection client or as a new, fresh installation here on ModDB.

The good handful of the small (but large) changes can be seen in this screenshot. A handful of guys working on the CNCNet Spawner for Tiberian Sun and Ares developer, AlexB, have taken the time to do some brilliant changes to the engine overall. Some of these changes include the following:

Bringing some of the Red Alert 2 features to the Tiberian Sun engine! Also in this screenshot include bulkier versions of the Nod Vulcan and Tachyon Cyborgs as requested by some of you since the update. 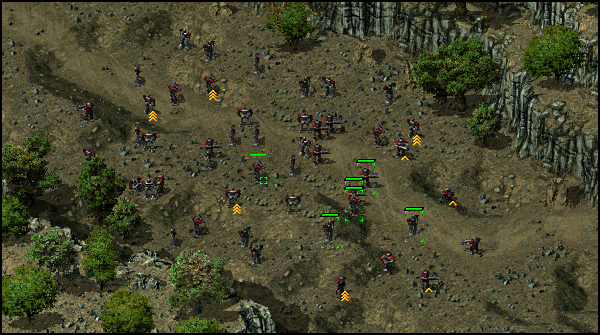 We have also made a few more engine improvements since the first release of Version 0.6 with the help of the people listed above. Some of these include features include engine bug fixes to improve stability and performance of the game overall, which seem to be working well thus far! Some more overall mod improvements include being able to set factory rally points without the use of the alt key and all enemy structures being nominal, once again like in Red Alert 2.

We've also gone through and done a number of changes to Nod structures to improve the animations and to fix a handful of bugs that had been pointed out with them such as some of the animations shining through trees or showing before a build-up had been completed, this no longer happens. 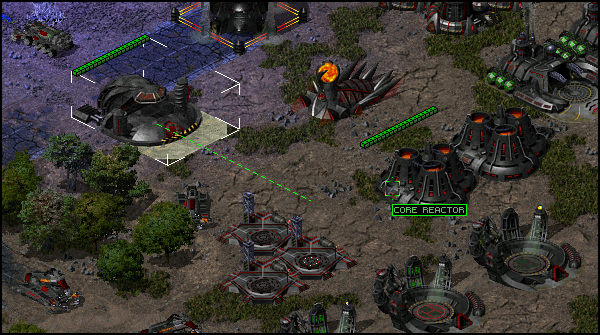 Next up, there have been a lot of changes and enhancements to spectator mode, for both online and skirmish games. Observers can now see a lot more of what is happening on the battle-field, a handful of these enhancements include the following: 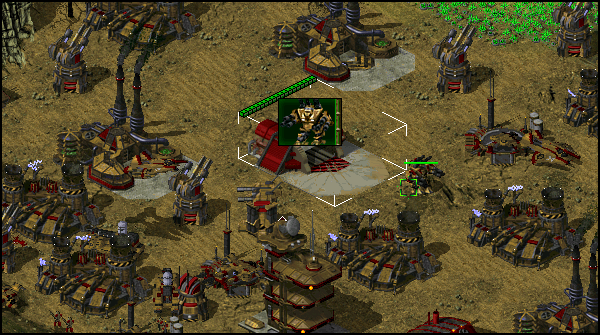 Alongside all of these changes, there have been many bug fixes and improvements to Twisted Insurrection overall since the update, so thank you to all of you that have been sending in reports, writing reviews and generally just letting us know of any problems. Please never hesitate to contact us regarding bug reports or general oddities, we're always happy to get them fixed as soon as possible.

For a complete list of changes and updates, you can view the changelog here.

The Twisted Insurrection builds on all download mirrors have been updated to include all of the patches and improvements since the initial release. Despite the fact that it is already very outdated in terms of graphics and gameplay, you can view the Twisted Insurrection 0.6 Gameplay trailer here over on our YouTube channel

On one final note, we have something special lined up for the end of December or the start of January depending on a handful of factors. While we don't want to give away what it is just yet, a subtle hint can be seen in our images section.

Once we have eliminated the remaining bugs in the current pubic release, we will begin internal development on Version 0.7, which will feature more missions to the GloboTech and Twisted Dawn campaigns (and of course more structure artwork hopefully). We hope you enjoy the latest release and we'll be looking forward to hearing your thoughts on Twisted Insurrection! Please feel free to ask us any questions or show us bug reports at any time. Good luck and have fun, thank you everybody for your endless support over the years!

May I have a bit of an odd question? I have recently dusted off the early CnCs (TD and RA1) from The First Decade and have been playing them with the help of widescreen patches. They allow for "resolution stretching" to widescreen with the help DDraw wrapper. Is something similar possible here? I like the 1080p support, but some things are a bit too small (although the option of bigger infantry sprites helped a lot).

The interface tweaks is surely one of the most awesome things of this new release. I forgot: was I able to see targeting lines of units in observer mode before? I can't remember exactly, and I don't see it mentioned, but I'm sure it wasn't in the game until 0.6.5. This makes the observer in TI even more informed than in RA2, except only for unit/money/kills count, and this is great. Once again, big thanks to those who've made this possible, and a special thanks to AlexB for visible HP bars, after hours and hours in RA2 and Generals (and their mods) it always annoyed me that in TS I have to unselect my group of units to see which enemy unit is the easiest to kill first. I wonder if insignia logic can be expanded so heroes would be able to have their own insignias too, just like in MO, this would be handy especially because TI infantry is small, often blends with terrain or obscured by vehicles (try to find that Railgun Commando in a crowd of Golaths if you haven't assigned a number to him). Too bad there can't be visible superweapon countdowns like in RA2, and rotating helicopter blades are impossible... Though who knows what tricks your engine contributors may hide in their sleeves ;)

Thanks for tweaking the cyborgs and for making a special image for Railgun Prototype btw, really appreciate it! I hope the next release will bring more new artwork, so TI will get rid of another portion of placeholders, especially GDI ones. And finally, once you'll start with 0.7 I'll be able to continue with my translation, because I won't have to go through all the .dll and .ini files each 2-3 days anymore :D

Kills count should be visible if you press TAB.
The radar screen then shows the kills for all players.

So happy that Ares developer AlexB is on board working his magic on TI. He brought a lot of awesome features to Mental Omega and I hope he has more to bring to TI and Tiberian Sun in general.

Which improvements does the RA2 waypoint system has in comparison to TS?
In TS you can perfectly fine place different waypoint routes (4th button to the far right in the sidemenu or simply press w).
Set them to loops/circles (press Shift when clicking on the first waypoint again to close the circle), give units the order to move along them (simple move command on one waypoint) or to patrol/guard along them (CTRL+ALT move command on waypoint route).

And in addition you have the nice q-move, temporary waypoint system.

A dozen Hornets on a patrol around your base is awesome. They never have to land/reload and can constantly engange enemy targets.
I also sometimes use a simple 2-point looping path, to make Hornets ping pong move between the 2 points and keep them in midair. When given a patrol command, i can also simply move one of the 2 waypoints to an enemy force and thus indirectly send all my Hornets on an auto-attack there.

It is a 'blasphemy' to say that RA2's waypoint system is better than Tiberian Sun. May be you are talking the wrong game, buddy...

please make the campaign a little bit easier some of the campaign like the gdi globetech and final missions are insanely hard even in easy. I never seen such crazy ai even in tiberian sun and red alert 2.

Hi, as a long time dedicated CnC fan this mod really almost made me cry of joy.

I love it so far but I have some occuring problems, as I run on Windows 10.

1. Whenever I click on ESC, or "Options" in a battle it freezes the game completly and I have to sadly force shut it down via task manager.

3. Last but least. When launching a battle, is it supposed to start and open it up in a new window?

Thank you very much for taking your time to create this piece of awesomeness. I enjoy it more than other CnC titles.