Ladies and Gentlemen, this is the Twisted Insurrection job application thread! As most of you know, we have been going for quite a long time now and even though we have been successful so far, we're still stuck in beta. Even though we are progressing well behind the scenes, it never hurts to have some extra helping hands, right?

I have set up this thread so that if you are interested in joining, you can see what jobs are available. Do note however that we won't just take anybody onto the team because we do have some pretty high standards, whilst we want to get the project complete as soon as possible, we'd like the quality to remain high!


Rather than replying to this thread, I would prefer it if you send me a private message if you would like to apply for one of these jobs instead, but if you have any questions, feel free to post them here. Remember, no matter who you are, don't hesitate to ask about positions, even those that aren't listed here. We'd be very grateful for any additional help, especially that of an expert in their field to help get us out of beta faster. 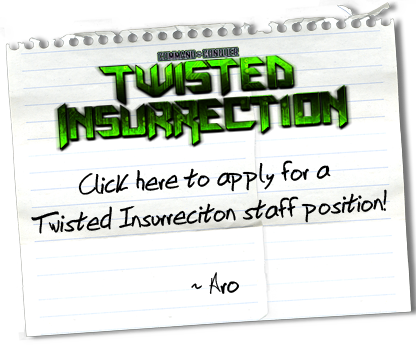 I could do mapping, if you want an example I could make a map real quick.

I'm interested in the Concept Art position. What (kind of) structures are you lacking concept of? Tech Center? Firestorm Generator? War Factory? Also is it okay if I draw them in an isometric perspective? That's all.

Pretty much all unfinished GDI structures lack concepts, including all of those you listed.
Could you send me a PM With some examples of your work?

Are you going to re-record the lines or write brand new ones?

I was gonna apply but then I saw you already have too many idiots too.

I might be able to help with he terrain but I'm not sure what software to use.