Post news RSS Twisted Insurrection 0.40 To Be Released Next Week

Hello everyone. Today we are happy to confirm that we now have a release date ready for Twisted Insurrection 0.40, which will be July 22 2015, just over a week away. The latest version contains a large list of changes since Version 0.39, which you can view in detail in our official changelog over here, but we will summarize the most significant changes here. 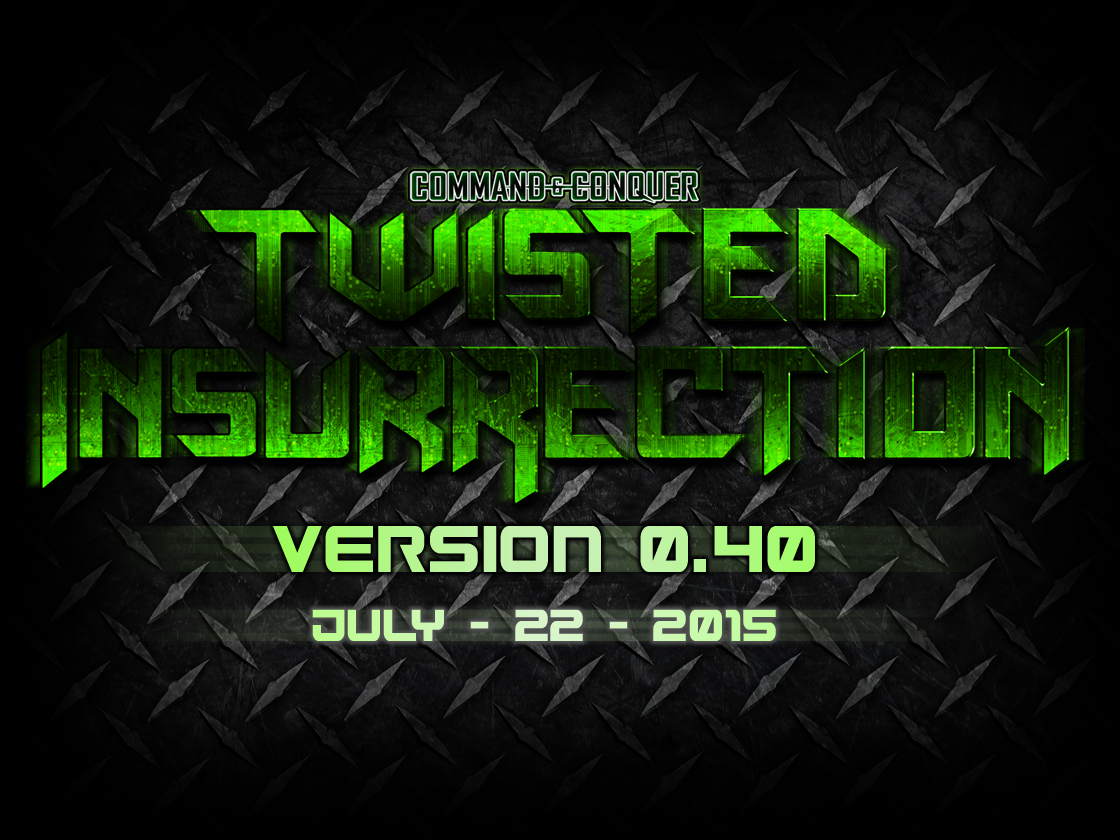 So, what can you expect in Version 0.40? Well, we won't bore you with all the minor technicalities, so here is a list of some of the more significant changes:

• Some large changes to the Twisted Insurrection Client
• New client themes, bug fixes and many new options available
• Re-compiled and lighter files for better optimization and performance
• A new campaign mission and many fixes and updates to current missions
• Lots of new maps added to the Multiplayer Map pool
• Plenty of in-game bug fixes and balance changes
• Lots of in-game graphical updates on terrain, props and some units
• Removed lots of unused or broken code, some of which prevents a known Internal Error occurring
• Lots of new additions to the Twisted Insurrection Soundtrack
• Some new and improved unit voiceovers
• Changes made to all three AI types in Skirmish mode
• Both optimised and added some new sound effects
• Plenty of new animations and effects added, including updating older ones for better optimisation

So as you can see from this list and the changelog, there have been a fair amount of changes since the last update and we are confident that you will be satisfied with these updates and fixes, most of which have been made based on the public input as per usual, so we thank you for your helpful feedback over the course of time!
If you would like to see some images of the changes since Version 0.39, have a browse through our ModDB gallery.

That concludes our update for this week and we hope you will enjoy Version 0.40 once it is released next week. Stay tuned for more news and updates in the mean time, just because we have a release date set, that doesn't necessarily mean that there won't be any more additions added in the run up to it! Take care, and have fun!

Going to be my most favourite update.

Looking patiently for this update.

I know that Nod mission 16 got optimized performance wise before, but the fps still drops heavily after a while. Dunno if there is a way to solve that.

And how is the progress on GDI mission 16? Cant wait for the conclusion of this campaign!