Announcing compatibility with Source SDK Base 2013 (Singleplayer) as well as the mods future ... 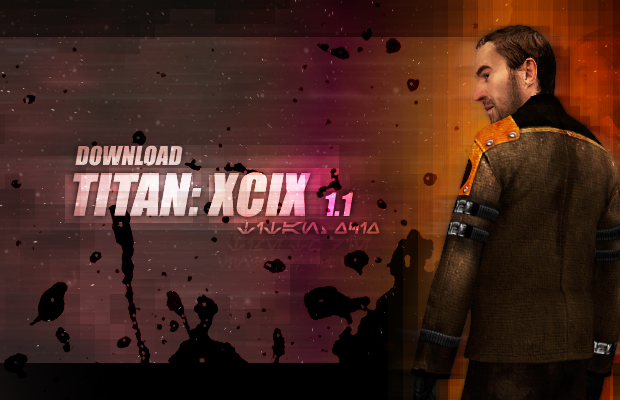 Hello again everyone. Today I would like to take a moment to announce the long overdue release of Titan: XCIX 1.1 This update fixes the inability to load the mod on previous versions of Source caused by the Steampipe update in 2013. Also included are several bug fixes that were caused by the upgrade to Source 2013 included scripting issues, missing sounds and broken textures.

At this point I would like to address long time fans of the mod that may be still waiting for news of Titan: XCIX PART TWO. After releasing the initial entry it became apparent that my ambitions were too big for what I could achieve inside the Source engine, so I decided to move to an engine that allowed me more freedom to create the game I wanted to make, as well as lessening the amount of work needed to complete it. As a result PART TWO was swallowed into a new project, 'A Crew of Pecking Crows' ... 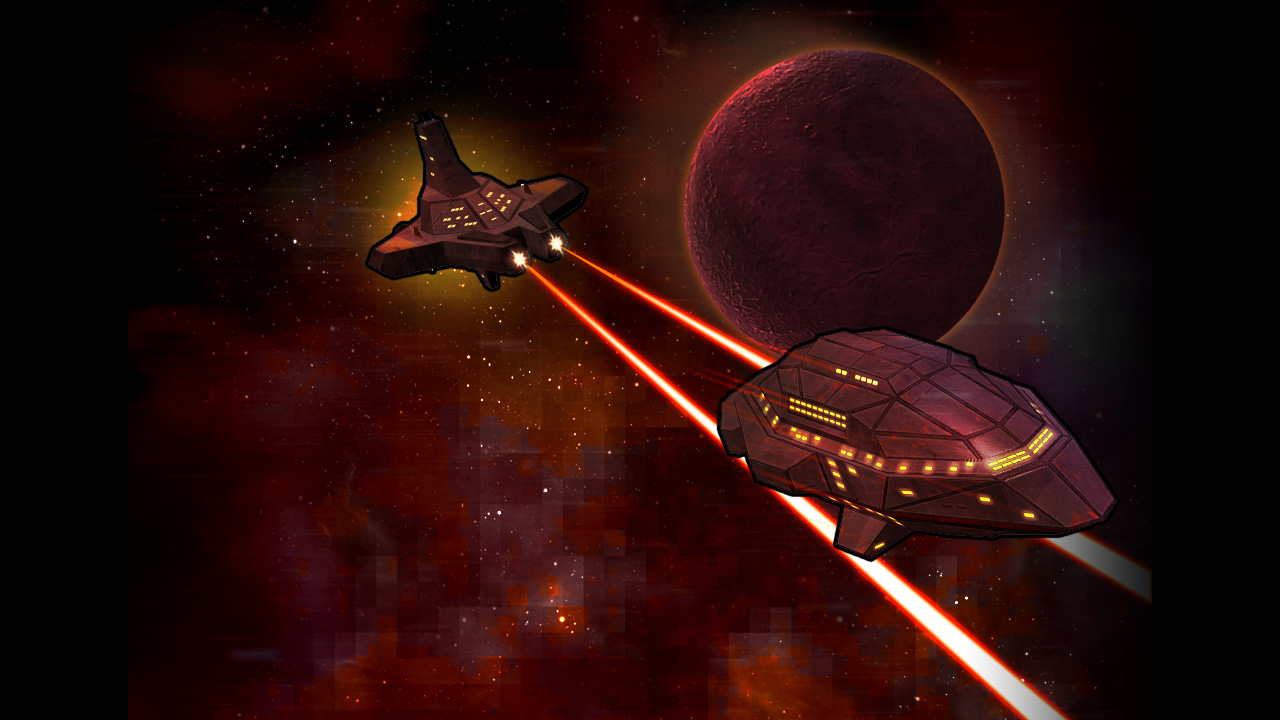 Built in the RPGMakerVX Ace game tool and taking part in a similar universe, the player will take control of his own variant of Titan: XCIX known as 'Crows Nest'. The game is a open world RPG where you Captain your ship on a mission to find the missing Titan: XCIX. I've been working on this project for over four years and it's starting to come along nicely (if not rather slowly).

The game allows the player to completely control most facets of Captaining his/her own starship, including exploration, turn based combat (including ship to ship battles), creating and joining your own away teams and space PIRACY!!! It's still a very long way from completion, but I'm sure you get the general idea of what I'm trying to achieve. I'll be putting together an indieDB page at some point but in the meantime you can track progress on my Twitter page at @KrispyTheKorn 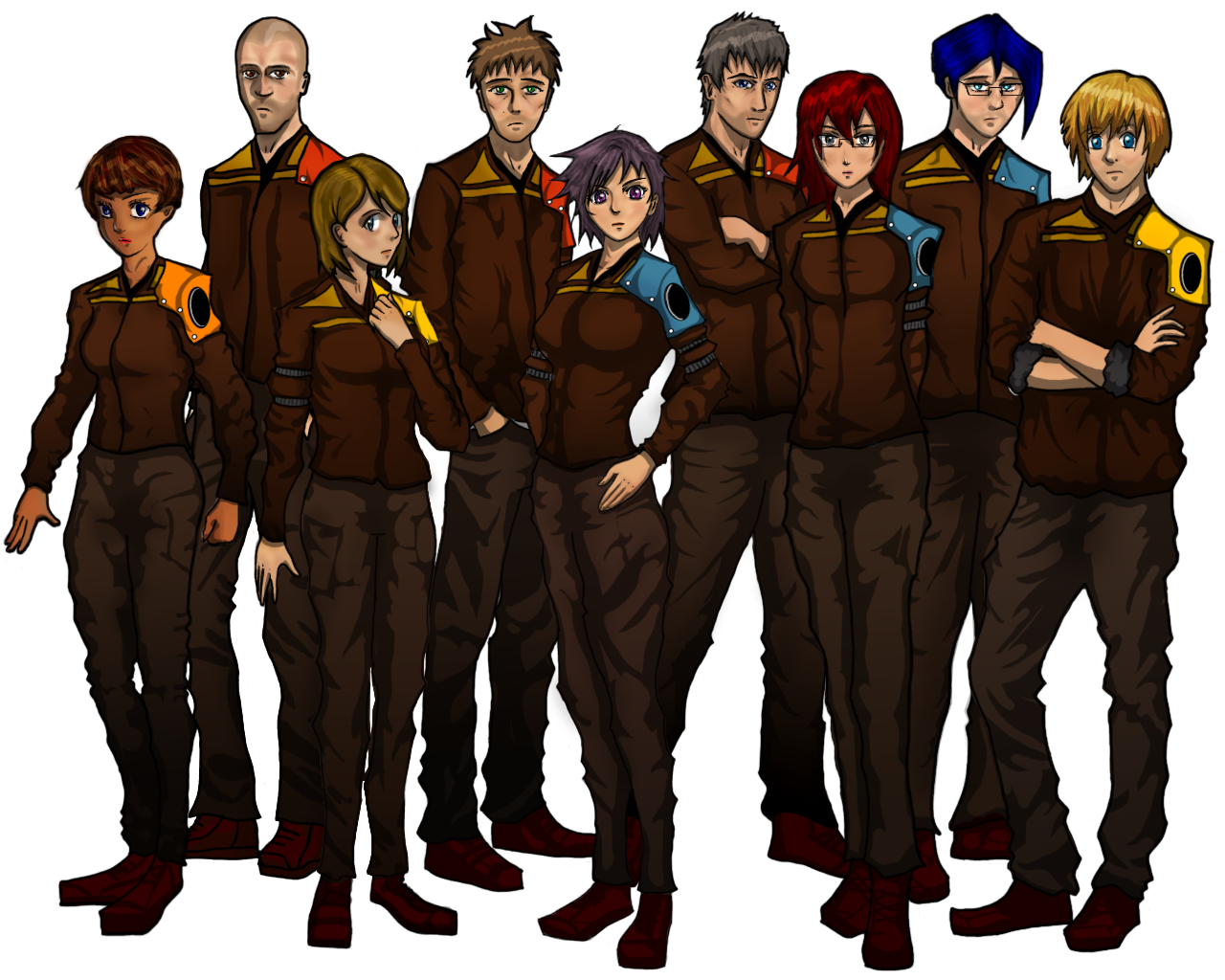 Thanks for reading. Please enjoy the work that's gone into creating and updating Titan: XCIX (both old fans and new). If any issues persist, by all means get in touch and I hope you look forward to my future projects.

Whoa nice! Good to see this blast from the past is alive and kicking :)

Although it's nice to see this is still going it's extremely disappointing to see yet another famous mod leaving the Source Engine. I wish you luck from here on out but I'll be taking my leave, thanks for all your efforts in the past and here's to a brighter future to you on the new engine!

Thanks for your kind words.

This wasn't a decision I made lightly, Source simply won't allow me to create the game I want to build. Combine this with the fact that Valve continually break the mod tools and continue to add arbitrary restrictions to the game engine, it's just not worth the effort to continue the work on the Source engine.

Regardless, I hope that people can enjoy Titan: XCIX in it's current form.

Did not expect an update after five years. When will we get to play CoPC? And how much will it cost?

Despite the amount of time between the first release and now I felt that fixing the mod was really important, especially when so many people enjoyed it initially.

The majority of the CoPC is feature complete (from a coding/scripting point of view), the issue at the moment is how long it's taking to create the ingame world. Building missions and locations is a laborious task, even considering the jump from 3D to 2D. I don't have any insights into pricing at the moment, but if I charge anything, it is unlikely to be a lot.

Does CoPC have it's own page or some place I can follow your progress with it?

Not currently, but I will be setting up an IndieDB page in the future and I'll update Titan: XCIX's ModDB page to reflect that when I do.