Thoughts I had slightly before working on light and graphics for Dreams of Ylina.

Because what you see is what you get.
Actually, no, what you see here is a work in progress so it may change a little bit before you can get it. If you want it. Please, want to play this game.
Anyway, I've never been that much fond of this quest for the most beautiful graphics in video games, like AAA textures or beautiful sunsets, probably because the notion of 3D games always reminds me of some early Playstation 1 graphics.

I mean, maybe I would appreciate it more if I had a huge cinema screen, a masterrace pc and a great sound system. Maybe. Maybe I just prefer story, and ambience. I talked in another post about Life is Strange, the graphics are beautiful but not like amazingly beautiful. But it's coherent, and more, there is the music and light, and story (and characters) which makes it particularly appealing. Without realistic textures and models.

And that's my point: coherence is more important than many things taken alone. That's what I fear for Dreams of Ylina. This kind of game is usually thought to be more or less realistic (at least a little bit), like Skyrim, with some things beautiful, some others just good. Other games are a lot less beautiful, but people don't expect them to be. Partly because of the genre of the game (a little casual game is not meant to have AAA graphics), sometimes because the graphical universe is the identity of the game, like, I think, Trine for example.

So it (partly at least) depends on what we expect. And that depends from gaming history. Like, concerning voices of the characters. A 3D modern RPG most of the time comes with actors voicing the characters. Whereas it was no problem to have all in written text back in the 90s.

I would love to have actors doing all the characters in Dreams of Ylina, and then assign the sentences to the dialogs, but clearly, for now, it's a lot of work and investment for a salary of 0. So maybe i'll wait a little.

Same goes for graphics. What I'm trying to do is to create a beautiful piece, not at the top of current industry of course, but coherent with the music I compose, the story, and everything that makes the game.

Someone told me: visual communication (beautiful images) are great to show the game. Once people try it, gameplay is more important. I think that's true. So I'm working on light and effects now, then I plan to work on the details of the gameplay, especially fights.

After all, I love walking in the forests on hills and mountains and watch beautiful landscapes. So at least I'd like to have players running on the hills of Ylina and saying: hey, that's pretty (without necessarily noticing that it's pretty also because of the sound of birds and wind and the music.

PS: I love writing without knowing where I am going, so this article may be completely out of structure. Please be aware I don't (always) code like I write: yes, I work on a paper before programming. 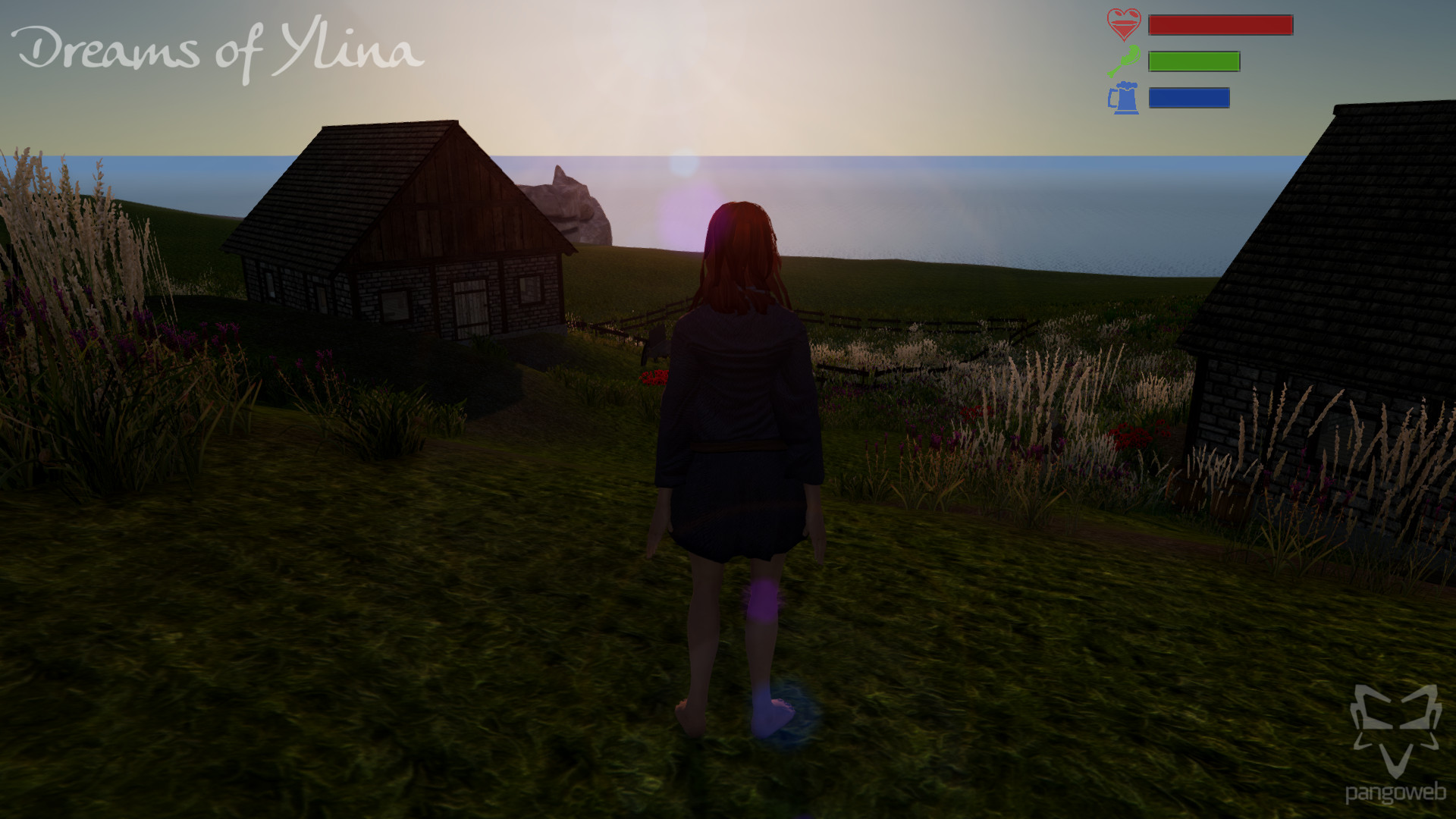