Post news RSS This is not a MOTY update!

Hey everyone! So I have a big project coming up, which means I probably won't be able to make a proper update for a while, so I decided to make an update right now! Not a MOTY update, just a regular update. I think it is still to early for this mod to compete in the MOTY, I've only barely begun actual work on Reborn reborn.

So don't vote! Well, not yet anyway, as I said I'm gonna be busy the next few days. I don't wanna wake up in 5 days, and suddenly find Reborn in the top 100, and be pressured into making another update after this one. So don't vote. Son't do it. This is not a trick. There's definitely not going to be a special prize if Reborn reaches the top 100, or even if it wins this whole thing. So, don't do it. Just, don't!

Everybody clear? Good let's get on with the update! 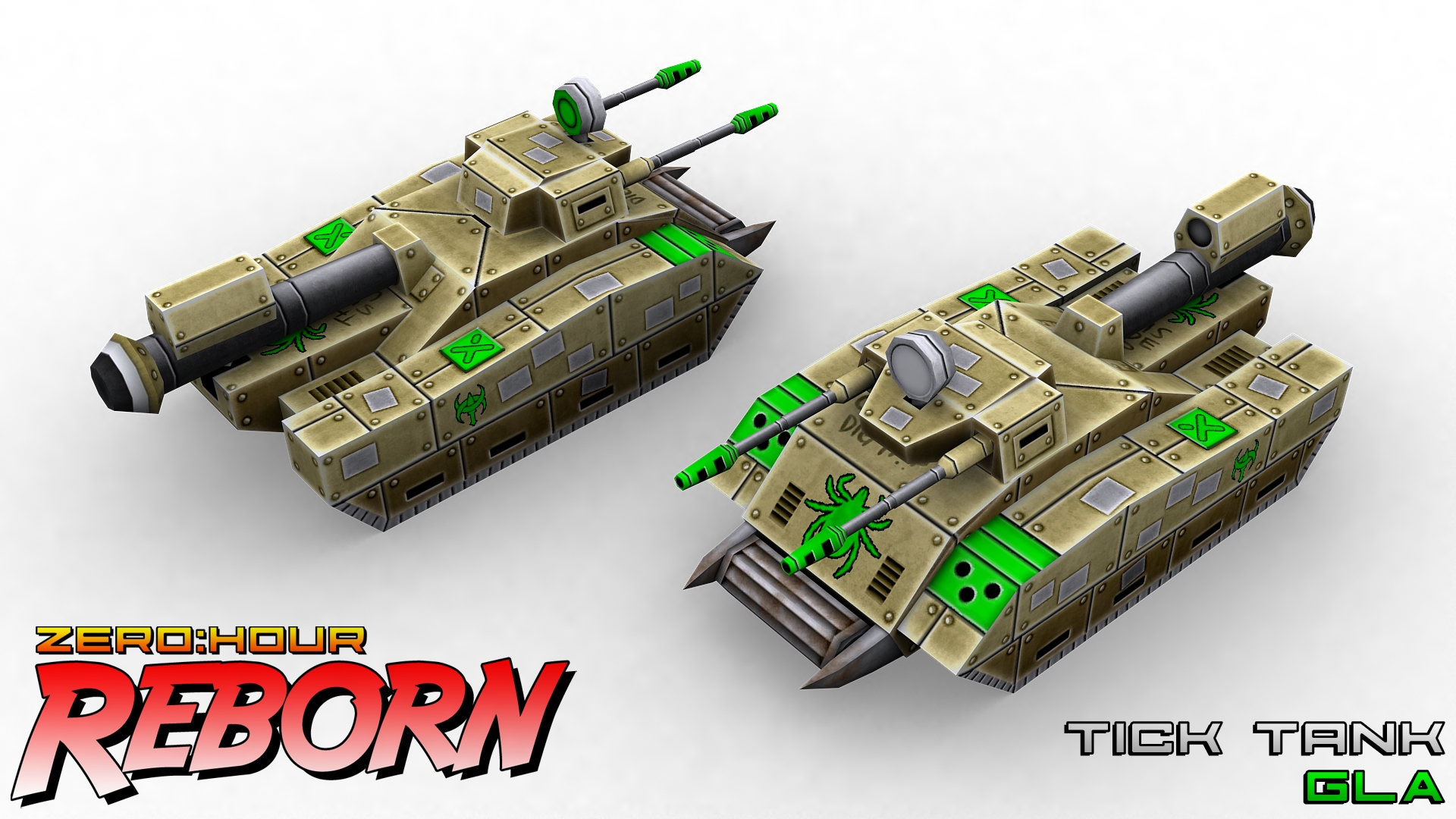 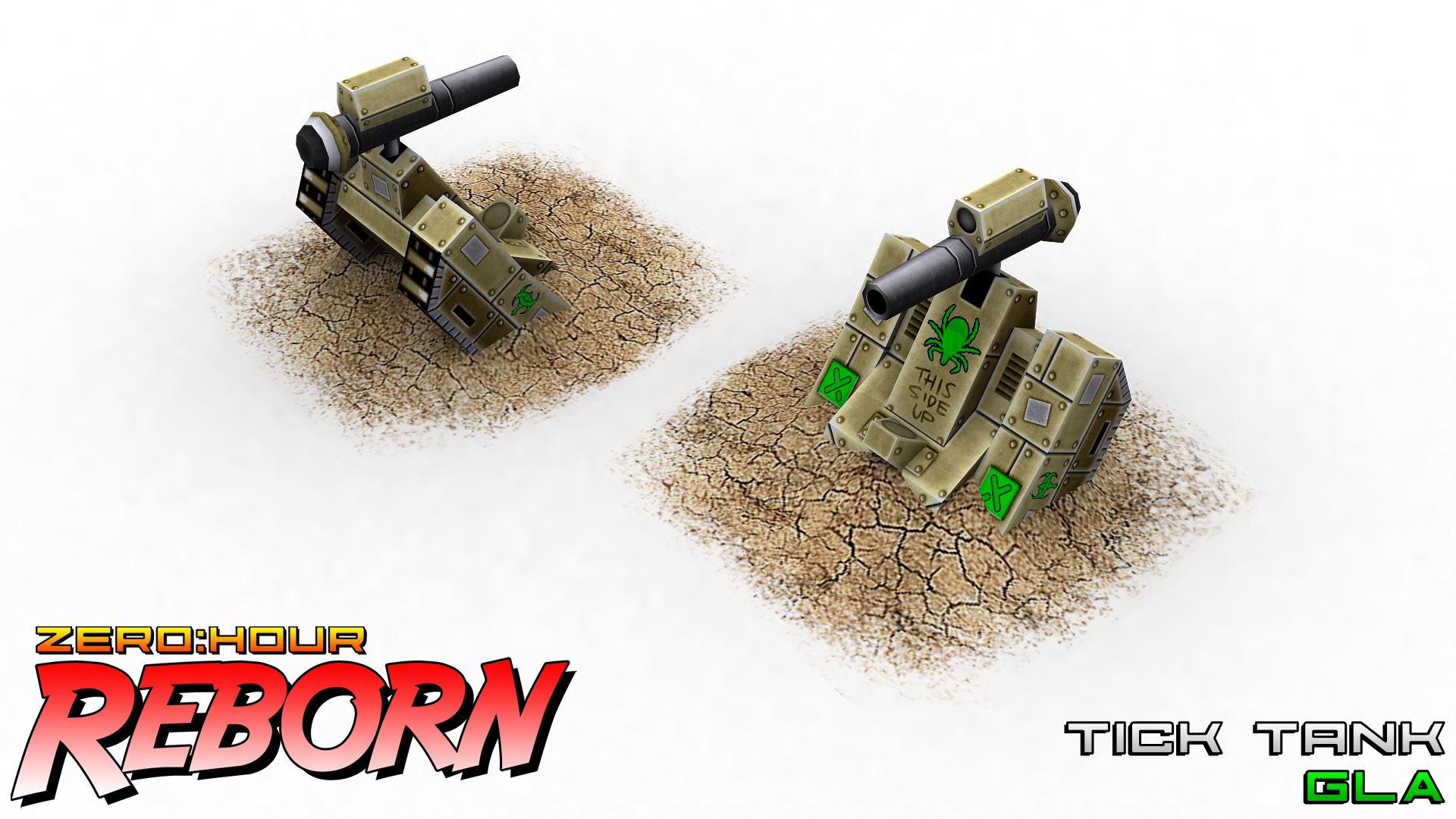 I present to you the GLA Tick Tank! Buildable by the new GLA Rogue General (new name pending), and all other GLA Generals via a gen power.

They are armed with autocannons while mobile, and a recoilless rifle while dug in. Digging in gives the tank better armor and also stealth.

That's all for now, see you next time!

Oh hey, something from Tiberium Sun...

I feel like the de-select is very weird looking...
And I feel like it doesn't use Rider logic to switch in between modes.

If it didn't use 'CreateObjectDie' I fear it will regenerate to full hp everytime it deploys/undeploys.

Yeah it uses CreateObjectDie, I tried using Rider logic, but couldn't get the functionality I wanted, so I stuck with the current method. I have made some improvements since that video, like making the turret mode a vehicle instead of a structure, so that you can group select them. And before anyone asks, yes the health and veterancy transfers correctly between modes.

I always liked tick tank in TS, but you've also managed to put a little bit of soul into it, adding that lovely little logo and "this side up" mark. This kind of attention to details is heartwarming. Keep it up c:

Any updates? I love this mod!