XWVM is still alive and working without pause. The project has gone (and is going) thru deep changes, with a revamped AI, placeholder replacement, and more HD models and cockpits. We get closer and closer to full original X-Wing support, with fully working Death Star surface missions, pilot progression, and more. Finally, we discuss when XWVM first build will be released and why.

Sorry for not posting in a long time. The truth is that we have mostly moved our interaction with the community to our Discord server, since it's easier to chat, post images, link to streamings, answer questions, etc than ModDB. If you want to know the very latest about XWVM, be sure to join here Discord.gg 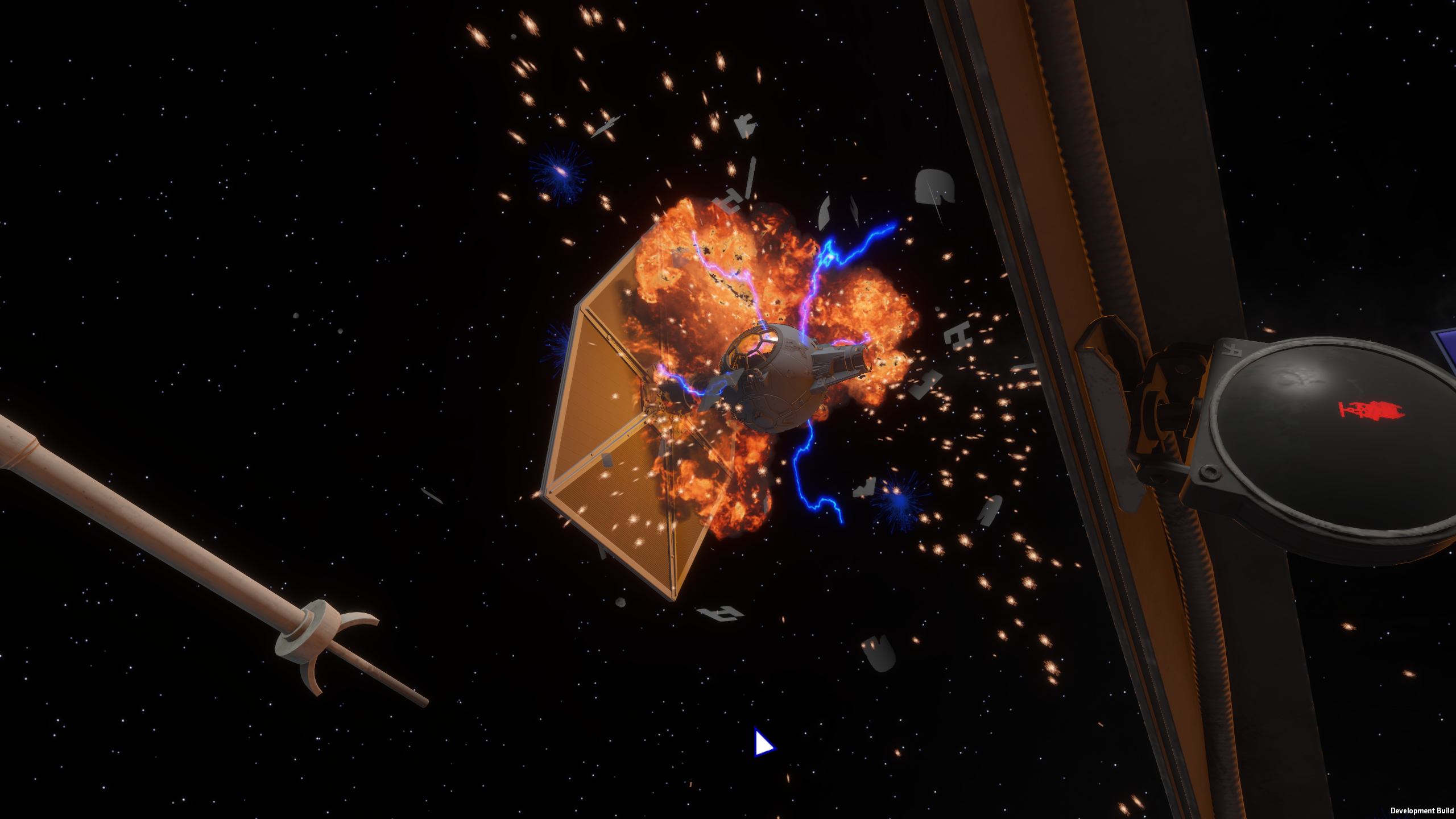 XWVM is, of course, still alive. We have been working on it without pause, getting new devs, artists, and testers non-stop.

As the project matured, we realized some parts of it were built on the wrong foundations. For example, there was a lot of guesswork on the AI, which led to lots of tweaks and changes all the time to make it behave as the original game AI used to, and still we never got it to perfectly match it.

So we have rewritten the entire AI system from the ground up to better follow the original's characteristics and quirks, and now we are already in a much better place, with most missions behaving like the original within certain deviations we consider tolerable.
We will never get perfect 1:1 behavior since the original AI altered its behavior based on framerate, and you got different results between DOS or Windows, or between mostly empty mission and really busy missions.

Our artists are working non-stop on new ship models and cockpits to replace the placeholders we have been using from the XWAU Project.

The new X-wing cockpit is a great example of this. We have replaced the old Unity UI Canvases with much better looking, curved, dirty CRT-like screens that not only look better and more real, but also they are more performance-friendly.

The extra screens also got functional controls, allowing the player to change their display modes. All other instruments, like the speed and warhead counters, now better resemble those analogue displays from the movies. However, the cockpit still is a direct homage to the original's.
All these upgrades will be retrofitted to the Y-Wing's cockpit, and will also be there for the upcoming B-wing and A-wing cockpits. 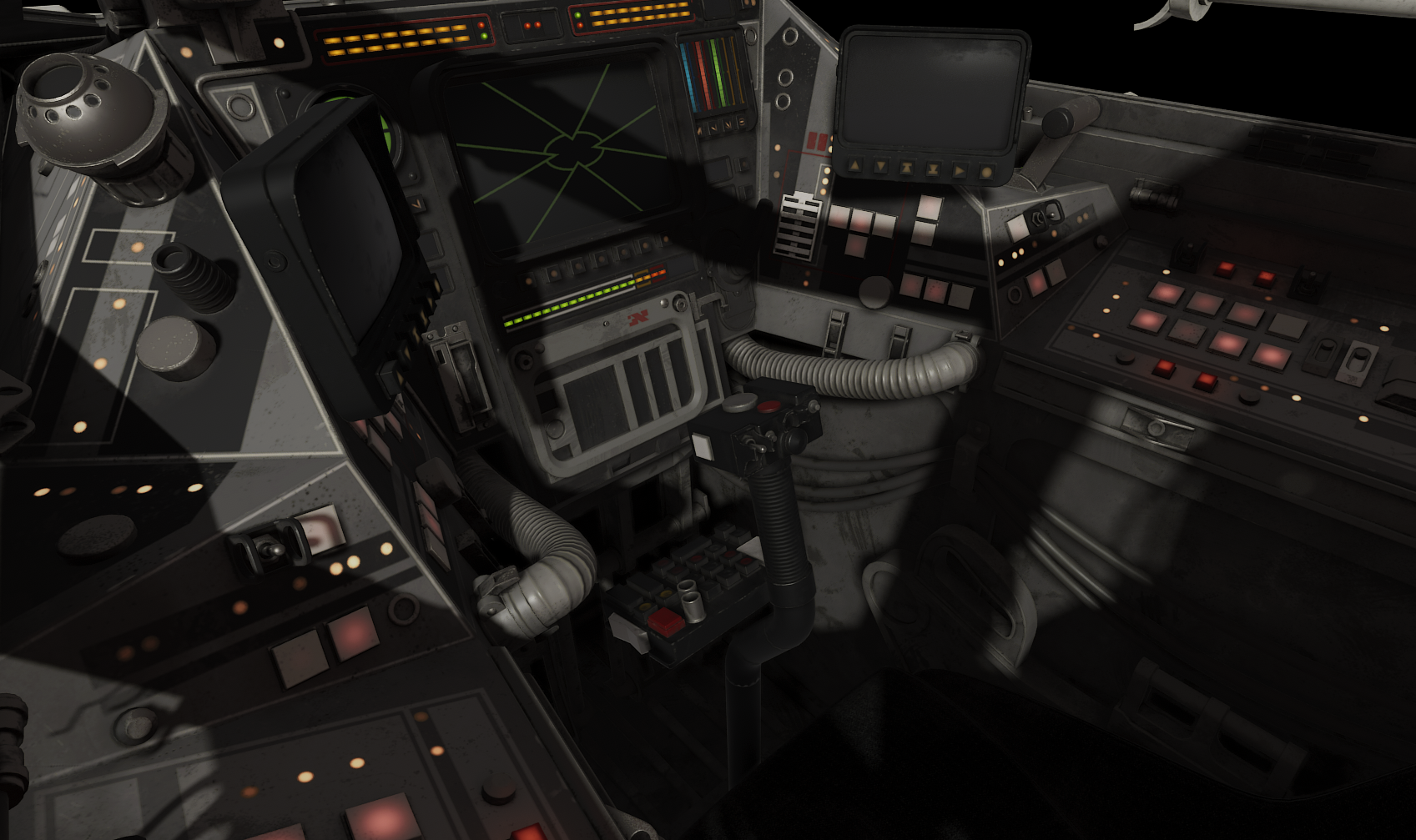 There has been also work on replacing the rather basic concourse rooms with some better looking ones. Still, they are not final, and further polishing passes will doubtlessly make them look prettier and prettier as time goes. 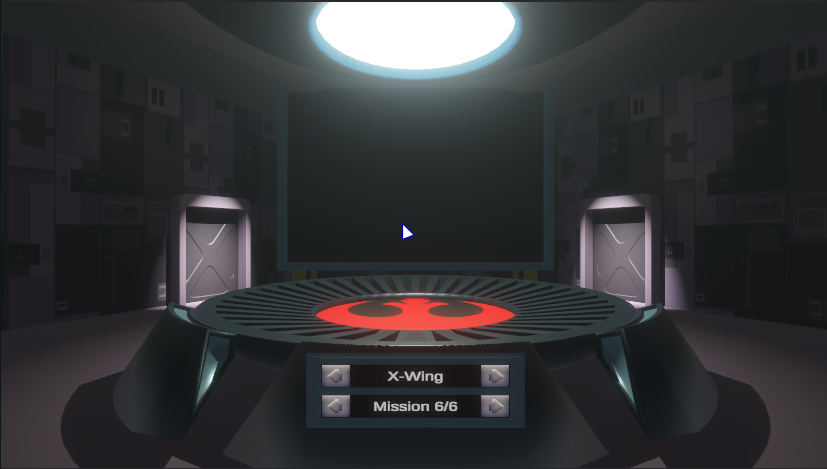 We have even implemented color variations for the different HD models for the ships!

Fighters will display different markings depending on the wingmate number in the wing (just like Luke's Red 5 x-wing had 5 red stripes).

Also, some ships will sport slightly different looks in their materials depending on their faction. For example, imperial transports have a more Imperial Gray look, while rebel transports use warmer colors. 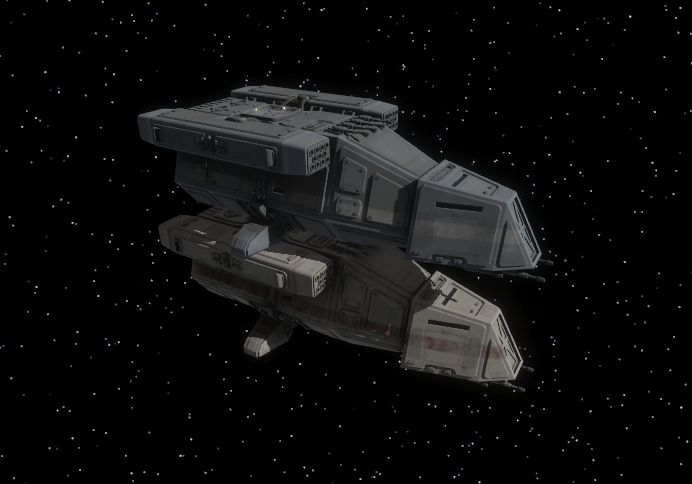 Thanks to our very talented devs, work is progressing both in the terms of optimization and also adding support to some of the most challenging parts of the original game, like the Death Star surface missions. They are now fully playable and completable. We can't wait to give the Death Star surface an HD revamp to make it look as gorgeous as our other HD models!

And finally, the elephant in the room. When is XWVM releasing?

Well, it's time to say that we are not sticking to the plan of releasing that "Y-wing demo" we initially planned.
The reasons are diverse. But perhaps the most important one is that mods, this project included, are in a grey zone in regards to copyright. Like other community projects that have been affected before, XWVM might be targeted by the copyright holders and requested to be taken down as soon as we release the first demo build of it.

So the team has decided to go a different, two-lane path:
1- We will complete full X-wing support in XWVM. Then and only then we will consider releasing it to the wild. The goal is that in the case XWVM is targeted by the copyright holders, a release is already available for download and people can get their hands on it before it disappears from the "official links", then persist being shared by the fans.

For this reason, we want to complete full support for X-wing, so that once release, the build feels like a complete thing, even in the case that the entire XWVM project is shut down. Anyway, let's hope that never happens.

2- We plan on detaching X-wing and Star Wars related content from XWVM. XWVM will remain a generic, x-wing-like flight sim free game, but without direct references or assets that represent the Star Wars or X-wing trademarks. When downloading a fresh copy of XWVM, you will get a non-descript space game that will have missions and gameplay in the same style of those in the X-wing series, but totally originally created by the team.
However, we will pack X-wing support and all the X-wing HD assets we have created in an external optionally downloadable packaged that will be available independently and will turn XWVM into the X-wing remake it is today.
In this way, XWVM becomes immune to copyright claims, with all trademarked content remaining in an "unofficial", community-made pack that just "mods" XWVM into an X-wing remake.

These two points will still take a significative amount of time and effort to complete, so we hope you all can be patient until they become a reality.

Meanwhile, if you want frequent updates, watch live streams, and ask us questions, join our Discord. Sometimes, we request more testers, so you could be lucky and become one, and get to play try out XWVM in its current state!

Thanks for the update :)
Take your time and release it when you're ready.
Take care!

I look forward for the release.
I appreciate your concern about the chance of a Cease and Desist action.
I really want to play this awesome project, and I already know it will be worth the wait!
Thanks for your commitment!

Smart plan and wish you guys the best of luck. This continues to look incredible and every update shared is greatly appreciated. Cannot wait for a chance to play this.

I only hope some day publishers and studios realize the value fans like yourselves bring to their franchises. Shunning them away and stopping work hurts their bottom line, not helps it. These projects help breathe life into the fanbase, and greedy executives ****** off that they can't directly monetize their IP completely miss the point. Just because something doesn't directly make you money, doesn't mean it can't indirectly line your pockets with cash later. You're letting fans invest themselves in your story, thus giving you a bigger and more dedicated platform of individuals to financially benefit from when you do decide to release your own content.

I could understand if these projects tried to make money from a fanbase for IP in which they do not own, but free projects like this should be encouraged, not removed. I'll get off my soapbox now, but it's so frustrating to see so much good work over the years get trashed because of the ineptitude of the corporate hacks that clearly misread the room of the fans they claim to "appreciate".

Even if there is no money to be gained, Studios worry about competition. When free, passion-driven projects begin to outshine their overpriced, undersupported excuses for "AAA" games, they will not want to spend more time and money in further development. It's easier to just remove the competition. So in the end, it is not about them LOSING money, so much as them not having to SPEND their money.

I think free mods should be legally protected... but oh well.

Looking forward to it, you guys rock!