The great rope issue has finally been solved! Plus new insights including networking infrastructures and movement options.

This is such huge news that it warrants an entire blog post really. After months of trial and error, I have fully worked out the rope classes. Furthermore, I have also been able to reimplement it in such a way that you can have multiple players on a rope using only the single-player variables available. The methods found would allow up to 255 players on the rope without any issue, and without any custom entities or changes needed from mappers. This fix makes sure to extend all types of rope, including those produced by the rope bow as well.

This is a big deal for a lot of reasons. Firstly, ropes are integral to the gameplay of Dark Messiah for progression, secrets, and even combat options. Being able to retain all of that without any workaround or compromises is HUGE. Secondly, it shows that I am capable of taking any of the entities and essentially multiplying it through variable handling alone, meaning I can retain a lot of the core functionality of Dark Messiah with no compromises which is the main objective of doing this mod. Finally, this operation has shown a lot of how Dark Messiah handles movement, enough to even fix other components to immediately work in multiplayer ( such as ladders ). Excellent!

Some bonus information found out by taking those few months to really dissect the game is that I've found a lot of functions that can be used to created a brand new networking infrastructure that I can facilitate for multiplayer, despite it still being singleplayer. It will help me implement a lot of Multiplayer SDK features that would otherwise not be available. So that's exciting!

So the next thing after this was a very simply quality of life that is just upsetting to look at. The four armed menace is a product of viewmodels networking to all players, at all times. Meaning you'll see people with player models AND their view models at once, even through walls. Kind of annoying, but not hard to fix. The challenge will be getting the weapon models to appear on the PLAYER model now though, because Dark Messiah does some special stuff when it comes to attaching weapon models. It may require going through each weapon and handling it differently, but I believe there is a simpler way if we look at the way it's handled in the multiplayer component for it. 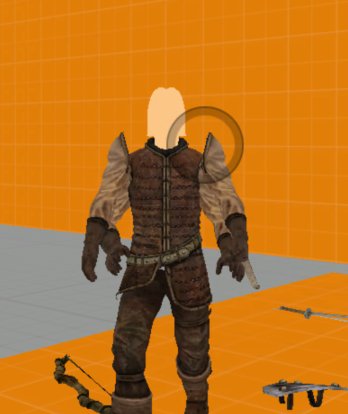 There is also a separate issue regarding player angles not being clamped in third person, which makes sense because this is something that is usually done CLIENTSIDE and only on YOUR player. Either way, the source engine has a built in way of fixing this that just needs to be reimplemented. You can see the evil man in action here:

After this rope issue was solved I asked people on Discord/Twitter what kind of video they wanted. The consensus was a high level summary of the whole thing, so that's what I did! You can check that video out over here:

The discord, of course, is still up and running to talk with me about anything with the link: Discord.gg ( select Dark Messiah from the #role-assignment channel )

I accept all pings, questions, suggestions, and etc. I'd also highly recommend jumping onboard the twitter to interact and see the minor, day to day updates: Twitter.com