Presenting the third and final orc realm of the upcoming Misty Mountains faction: Buildings, units and heroes of Gundabad!

Today we want to present you the third and last of the great orc realms that make up the Misty Mountains faction: Gundabad. As was the case with Goblin-Town, we had to make some changes to the original design, since our earlier plans caused technical problems - for example, the old system was prone to disappearing build plots if the terrain was not completely flat. To fix that and incorporate parts of the design we saw in the Hobbit trilogy, the Gundabad camp is now a massive, connected outpost that grows in strength with each building. 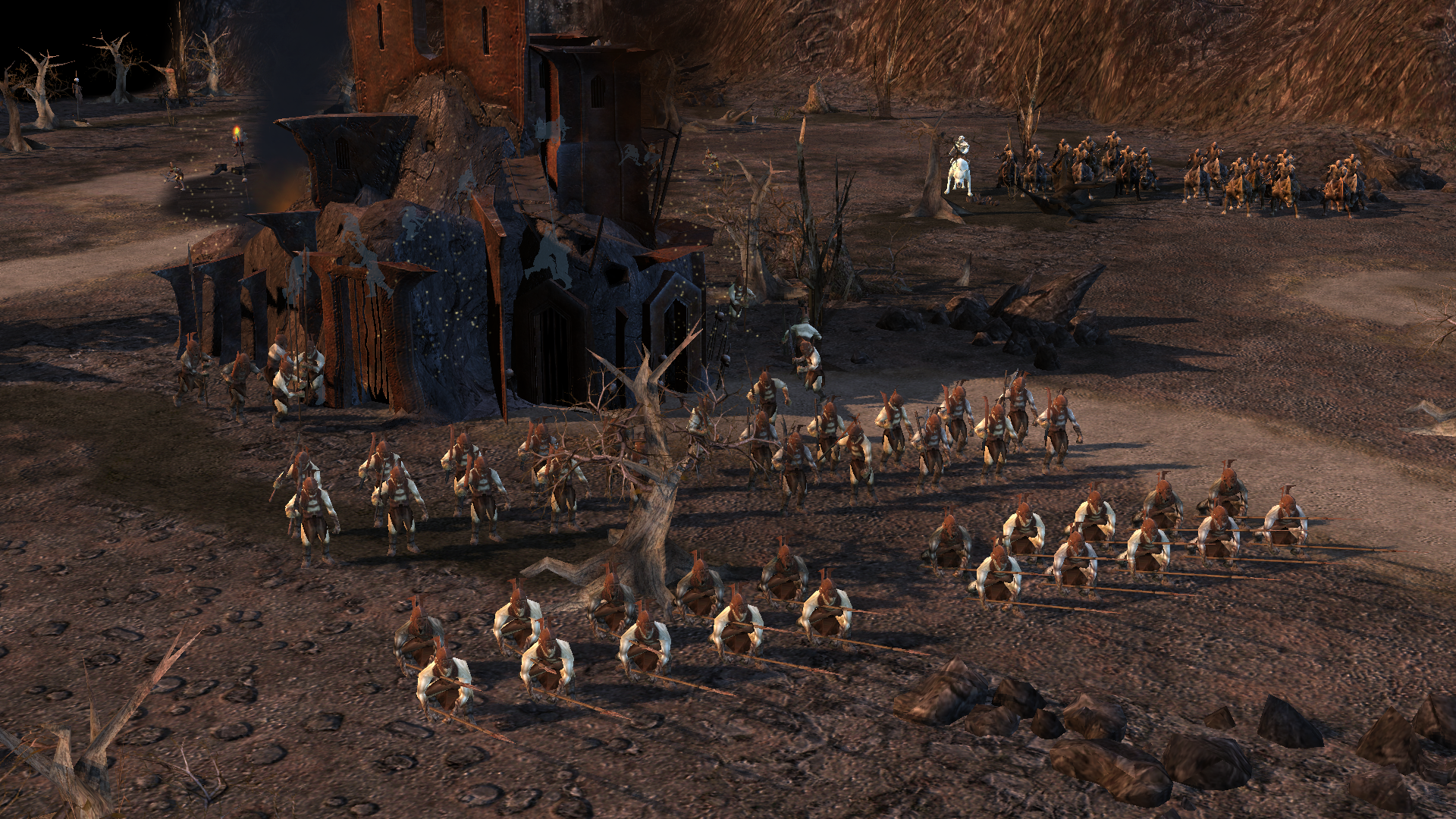 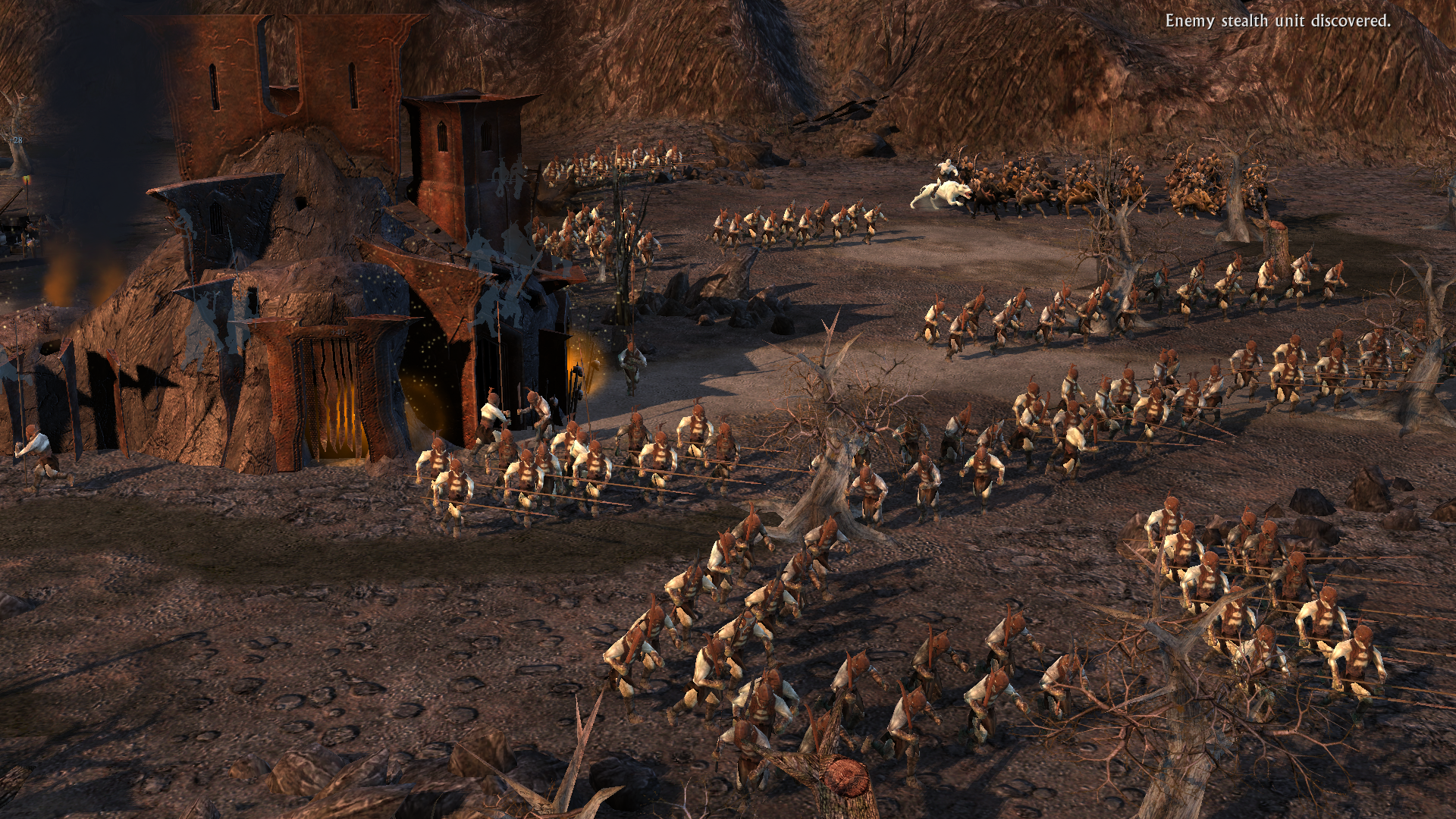 As the third major orc realm, Gundabad also offers its own unique advantages that neither Moria nor Goblin-Town provide. Unlike the other two bases, Gundabad will provide access to strong warriors that can compete directly with the soldiers of other races, as well as military upgrades. If you can't overwhelm your opponent with monsters and a flood of orcs, Gundabad will give you the power you need to win! 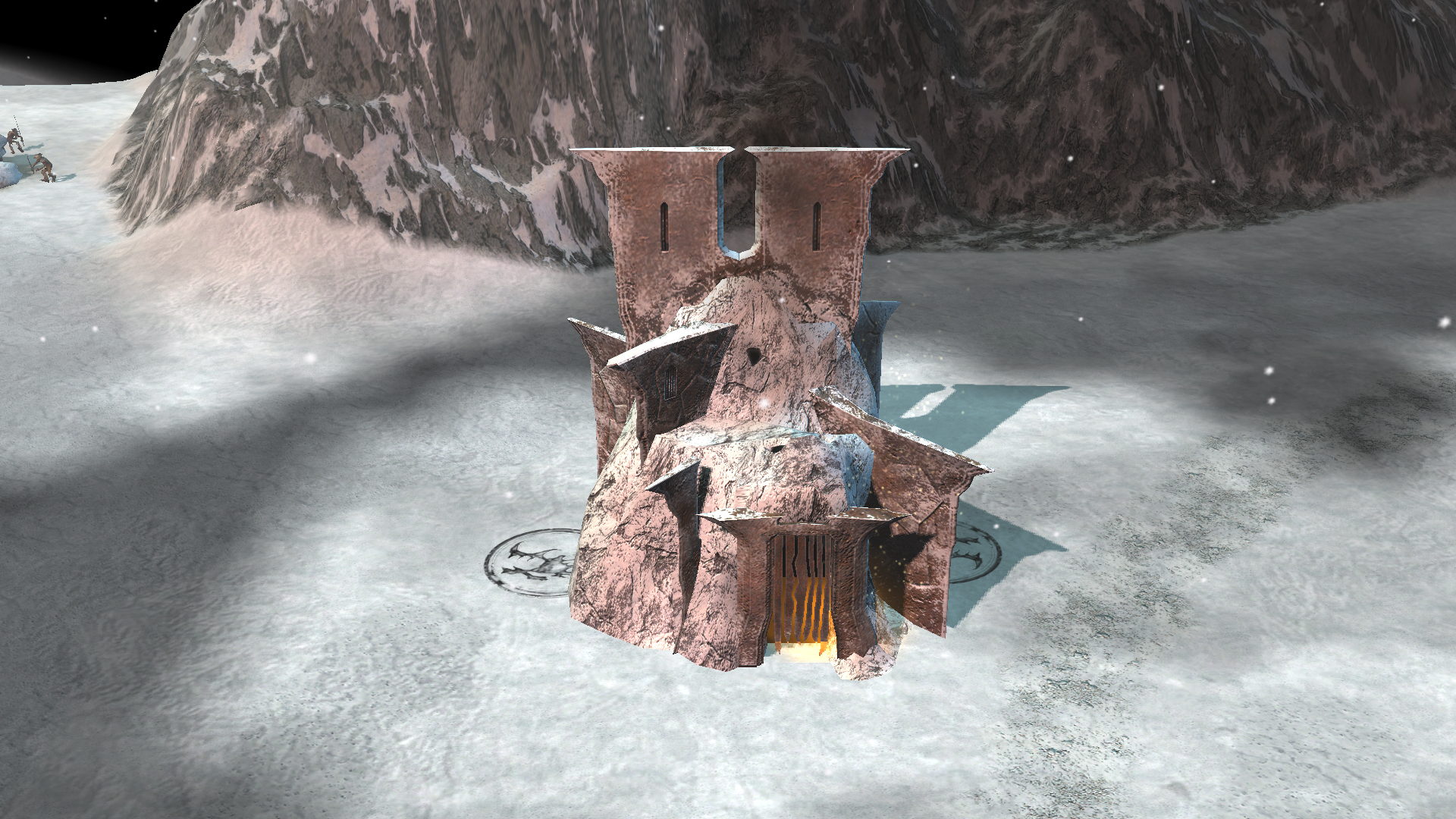 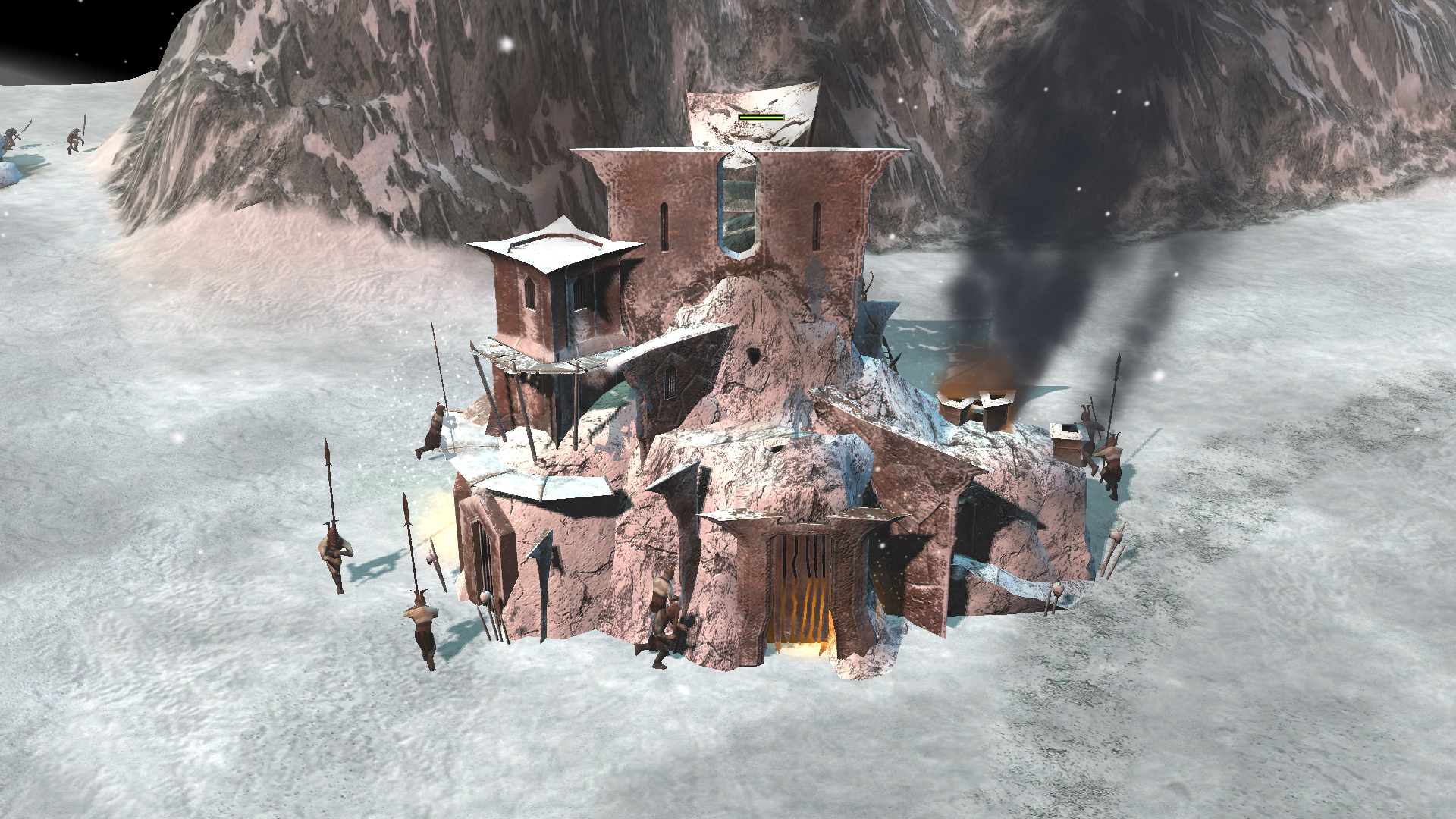 In order to gain access to Gundabad's units, you'll have to construct a citadel with your builder, giving you space for three buildings. These buildings are constructed adjacent and connected to the citadel, so that the overall complex gets bigger and bigger and is defended by more soldiers patrolling around the buildings. This means the placement of your citadel is an important decision, because a Gundabad outpost is one of the few points where the Misty Mountains can establish a strong defensive position; on the other hand, losing such a position is immensely painful, since the lack of Gundabad's strong troops makes it difficult to recapture it. At the citadel, you can construct the following three buildings: 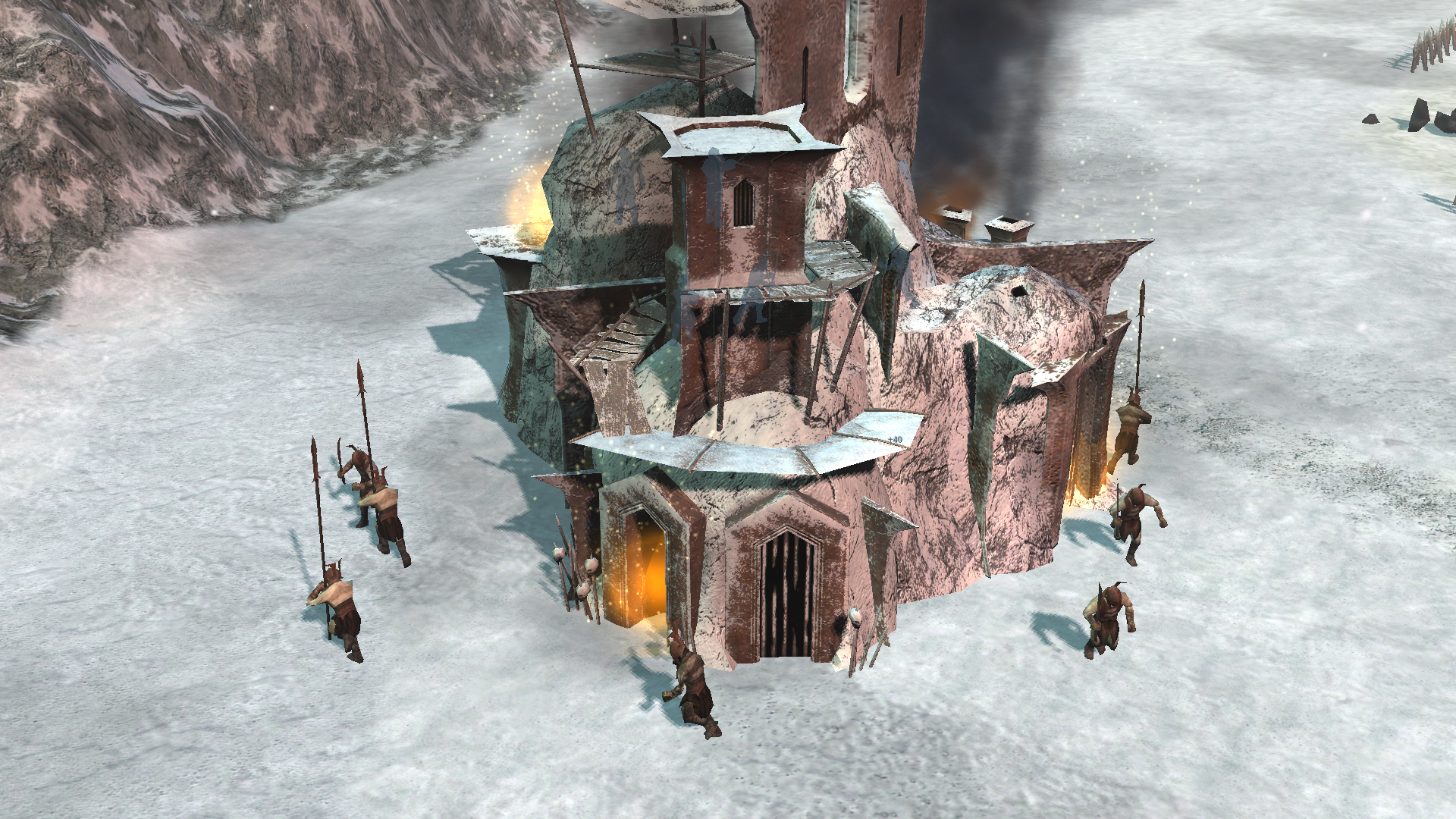 In the Goblin Cave you can recruit Gundabad Pikemen. Once the Cave reaches level two, Gundabad Warriors become available, and at level three you gain acces to the dangerous Gundabad Wargriders. While the infantry can stand up to most foot soldiers of other races, the Wargriders excel against enemy archers and at surprise attacks on enemy camps: they can temporarily double their armor against any arrow damage and at the same time trample enemies for twice as long. 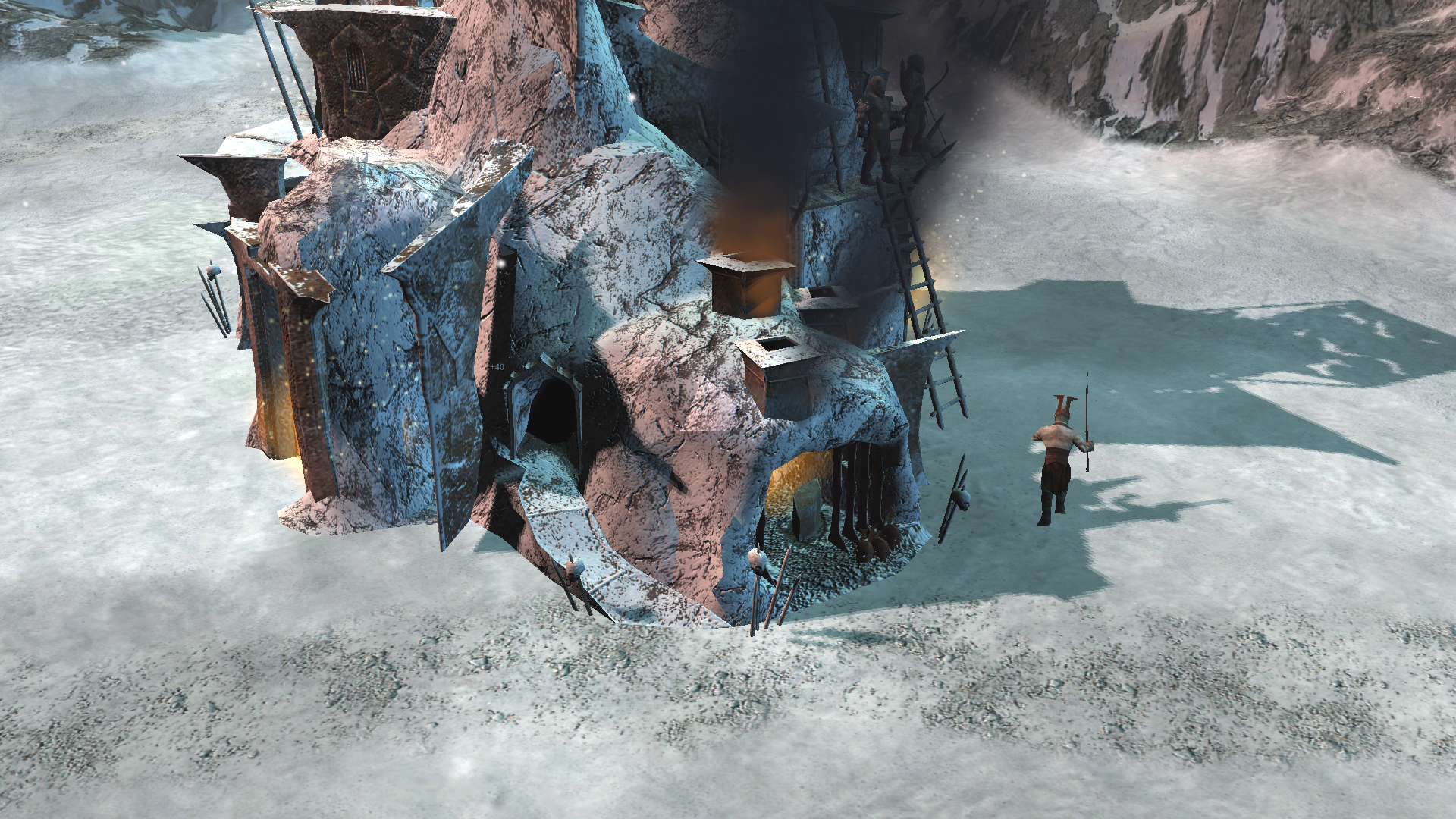 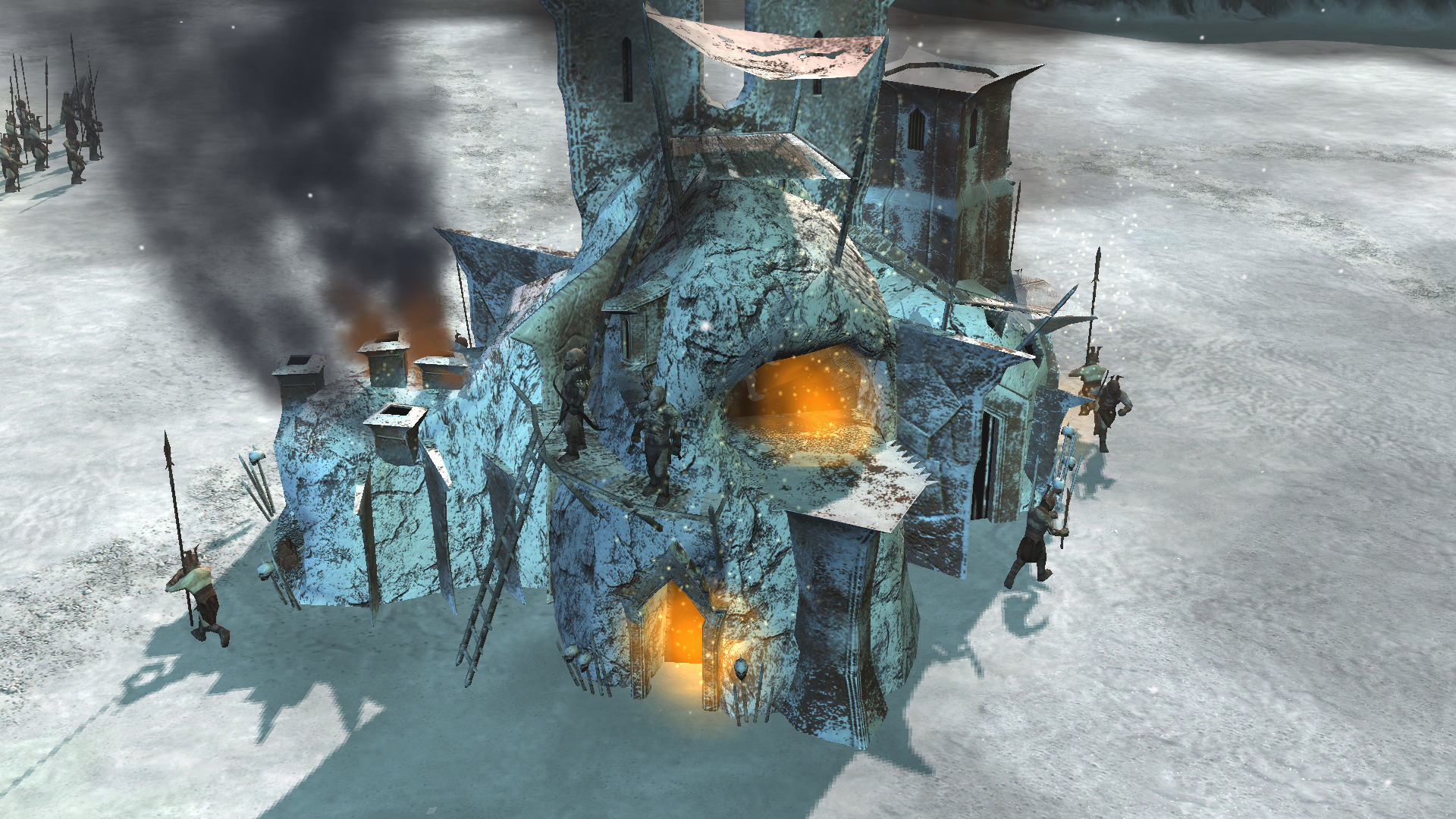 The third and last building you can erect is a Watchtower, which is resistant to melee fighters and allows you to build a strong defensive position. If necessary, the Misty Mountains can use this to defend bottlenecks, which would otherwise only be an extremely tricky endeavor with the weak orcs of the other orc realms. You can reinforce the watchtower garrison to place two additional archers on the top platform. 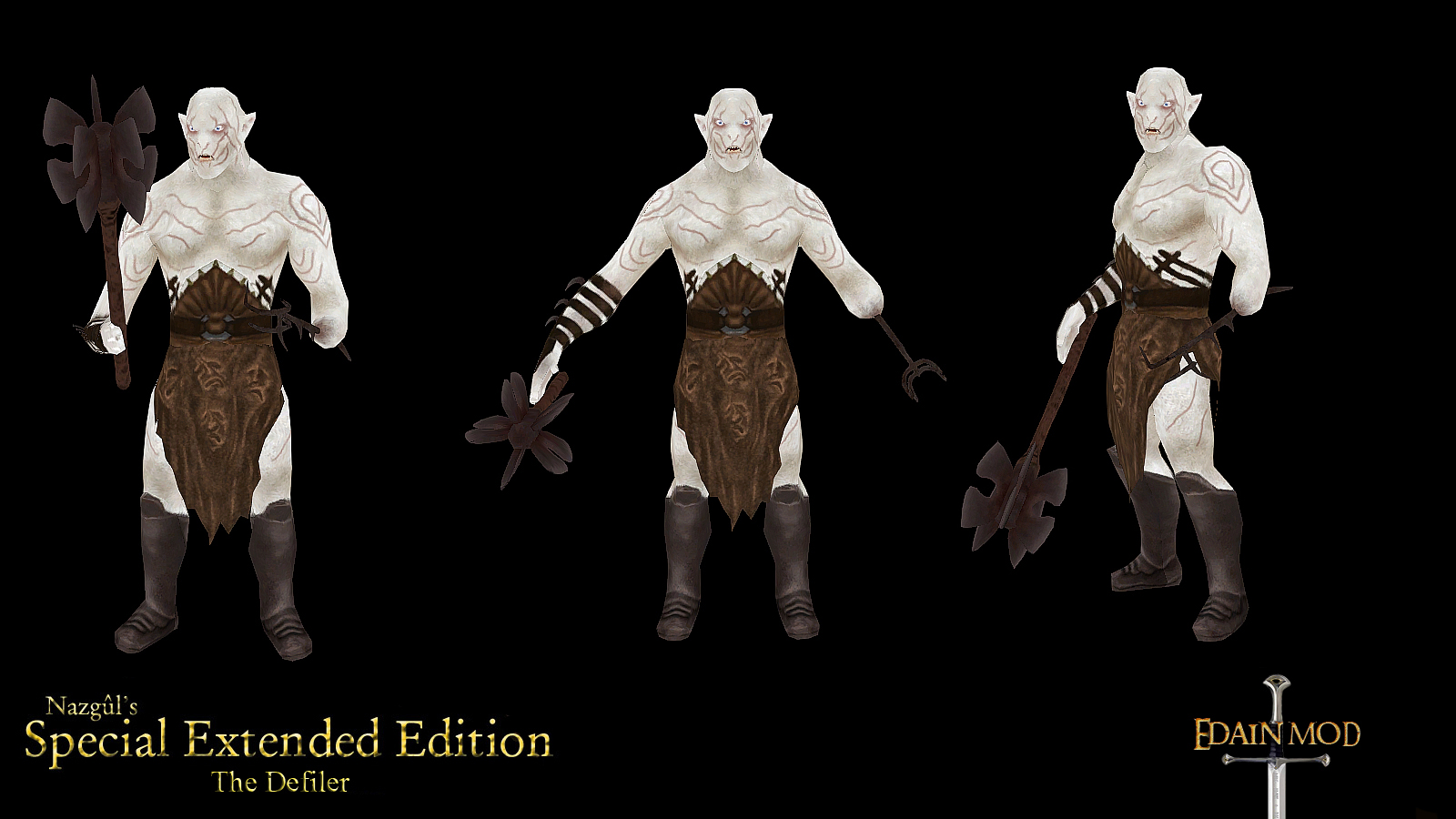 The Defiler, made in cooperation with Nazgul from the Special Extended Edition-mod

The warriors of Gundabad are led by a cruel, pale orc called The Defiler. It is important to note that this is not Azog, who plays a major role in the Hobbit trilogy, but was actually long dead at that time. Lord of Mordor explained our thought process on the matter many years ago:

'An Unexpected Journey presented a challenge to us by introducing Azog as an antagonist. We always strive to bridge the book and movie versions of story and unite the best of both worlds. Azog was an obvious pick for a new Misty Mountain hero, especially since that faction could really use more heroes with movie flair and charisma. And we knew that many players were looking forward to playing him in Edain. Others, however, raised valid concerns: Azog was a clear violation of the lore and had actually been long dead at the time of the Hobbit.

We found a simple compromise solution when we realized that our other two Orc heroes, the Great Goblin and the Moria Chieftain, both had no names and went only by their titles. We decided to use the design and abilities of the Gundabad Orc leader from the movies, but only use his title, 'The Defiler'. As a nameless leader of the Gundabad Warg Riders, he was a valid hero without contradicting the lore outright.'

The Defiler fills the important role of a herokiller for the Misty Mountains, having a strong synergy with Gundabad's wargriders who can also hunt down and take down enemy heroes. He has the following abilities: 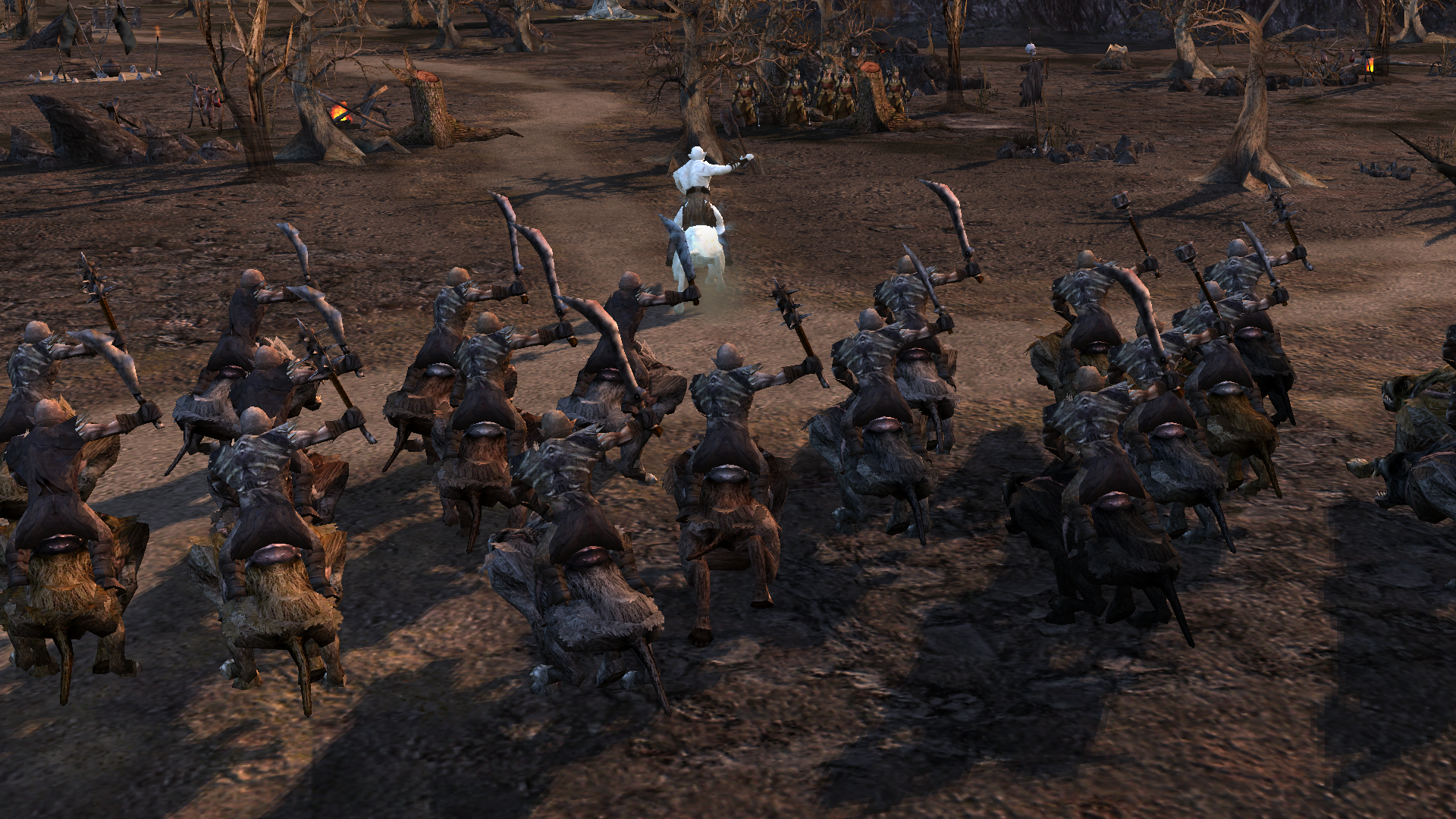 Impressive work! I love the castle design! and the units! And as always your ideas are very well thought out and implemented! This is the coolest Misty Mountains ever!

Wow, it seems the most complex faction of all to play, i think Nebelberge is also very micromanaged, because of the variety of the three realms!

I let out an audible gasp when I saw this article :D

Looking really good! I prefer this to the old vanilla building designs, and it's more integrated with the landscape now without the ground circle (I also see now that you also got rid of the colored circle for Goblin Town, nice!)

Do you know why?

Great work and keep it up.

It's not released yet!

Why did AOTR Remove Azog, but Edain keep the azog? why they hatin on my boy azog?

Because Azog is dead in the time period of both mods, Edain simply decided to re-use the model.

Yeah this is uh... Ezog. Absolutely no relation to any Azogs anyone knows.

Did I liked? Is that a question? I loved it! :D

1) Will old Gundabad models, such as Riders and Archers, will get a new model as well?
2) Will Defiler done his neat armor from BOTFA? (I know I know Defiler is not Azog, but giving him some armor wouldn't break the lore, no? :P)

We've said it before and I'll say it again: Dol Guldur was the domain of the Necromancer. It only makes sense as part of Mordor, as the Misty Mountains are not under direct control of Sauron. So if you want to recruit Dol Guldur orcs, play Mordor and built the outpost.

glad to see this mod is still being worked on. best of luck to the great Edain team

Can you recruit trolls with the misty mountains like the armored ones with helmets shown in peter jacksons botfa ?

So when the patch is ready i will just open the edain launcher and must update the game?