The Age of the Ring mod's showcase of Isildur's Heir. 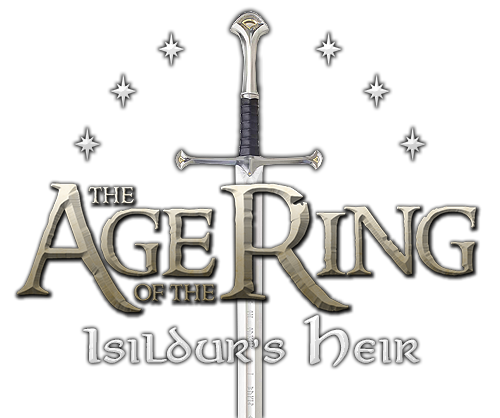 Aragorn II, son of Arathorn has gone by many names throughout his long years.

In Age of the Ring, we wanted to represent his many identities throughout the time of the War of the Ring.

From his first appearance at the Prancing Pony... 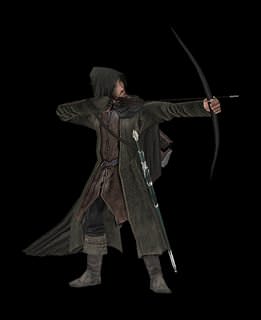 "He's one of them rangers. Dangerous folk they are — wandering the wilds..."

To him guiding the Hobbits from Bree to Rivendell... 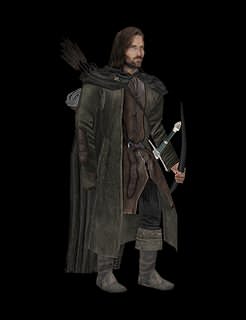 "I think a servant of the enemy would look fairer, but feel fouler..."

To his battle with the Uruks at Amon Hen... 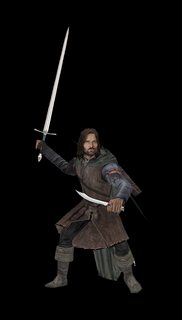 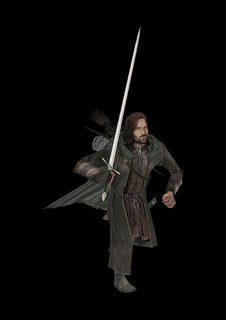 "We will not abandon Merry and Pippin to torment and death.
Leave all that can be spared behind. We travel light. Let's hunt some Orc."

To him defending the people of Rohan at their fortress at Helm's Deep...

"Show them no mercy, for you shall receive none!"

Coming to the rescue at the Battle of the Pelennor... 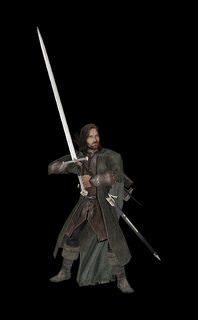 To coming to terms with his fate and giving Frodo one last chance...

"An hour of wolves and shattered shields, when the Age of Men comes crashing down...
but it is not this day! This day we fight!"

To finally being crowned King of Gondor and Arnor. 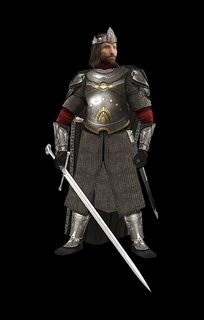 "Out of the Great Sea,

to Middle-earth I am come

In this place I will abide,

unto the ending of the world."

In conclusion, here's some screenshots of his various costumes in the game.

suggestions can be made to the team, and exclusive content is posted,
can be found HERE, at The3rdAge.net.

We hope you enjoyed!
The AotR Team

Wow that is great work again, will you give him a Bow-Ability for the Strider-Version?(low-lvl) I'd really appreciate this due to the lore ;)

I think that would make a really great modversion cause every other mod until now had only sword armed aragorn, but a change of weapon is possible by raising in lvl's, so i think this would defenitively highten the immersion of this mod ;)

We'll explain more about his roles in a later update but yeah, Aragorn with a bow is great.

You guys literately think of every aspect and a way to implement these ideas and visions you have... just wow. You took one of the heroes that people usually neglect or rush over and turned him into the hero he is portrayed as is the books and movies. Could you show us his powers?

Gondor is becoming greater with every update you made. Personally I like evil factions more but with this mod I will play as Gondor much more it seems :)) Its really good to see such features in this mod. I mean you are above the word of "being unique" you are making a new game not a just mod congrats team !

This is the place where this word is finished.

Very nice clothing, the last one is the best :)

I want to hug you DunedainRanger. :)

This is becoming really good :D

For once someone got his ranger sword right, instead of what EA made for Aragorn.

when is the update comming?