This week we held our first public game testing of The Red Front. We recap how the night went and what we learned from the experience.

This week we took some time from development to showcase The Red Front at a local Indie Dev night at Netherworld Arcade in Brisbane.

Being the first public show of the game, this was a large milestone for the project. There were a large array of players with different skill levels, ranging from brand new gamers all the way to professional game designers from the other studio’s on the night.

The feedback gained was invaluable from the range of players who tested The Red Front. Seeing how players responded in the tutorial, how they reacted to the AI and the success rate has helped to path a more clear development track for the future.

One of the best parts was to see groups of friends taking turns to play the game as well as seeing their competitive side come out. Over all a lot of positive feedback was received that the game was fun to play and that players did want to see more. The arcade feeling of the game was well received. 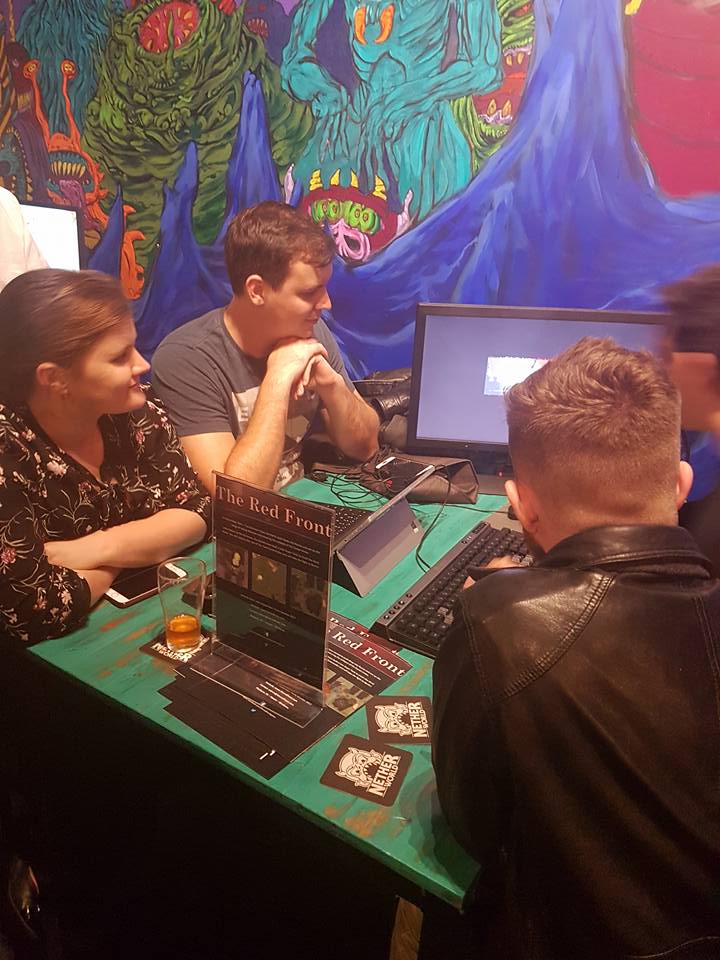 The following improvements were noted during play testing:

Players appeared to really enjoy the inclusion of allied ground troops, as well as the general bullet-hell feeling which came when many units were on the screen at once – often inducing a state of panic. Some of the developers were impressed that the game was run off a tablet PC, but overall that the game was accessible for both experienced and new players.

The feedback on controls and game play were that it was intuitive, easy to learn and was fun to play. 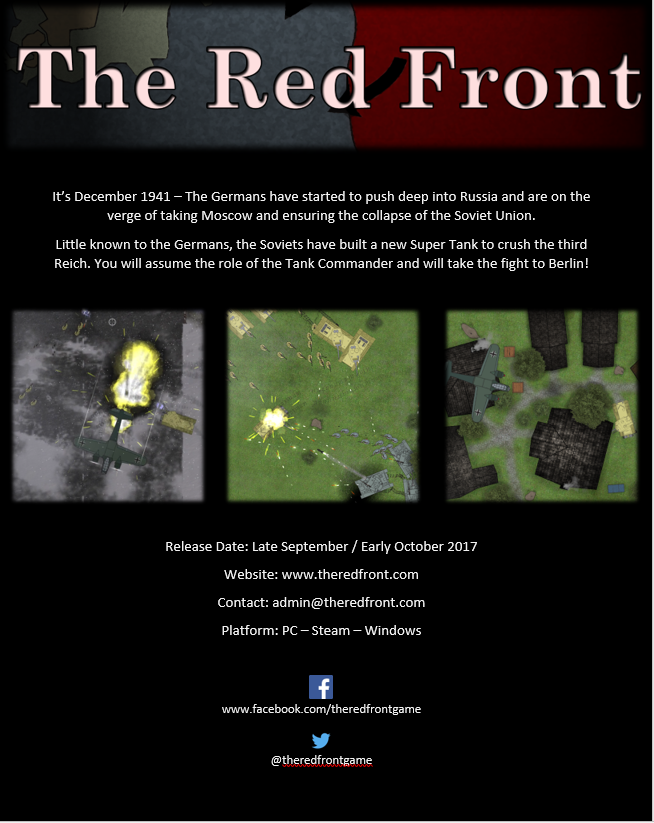 After the game testing, we are now back in development and making many improvements upon the game. We’ve been able to identify our games strengths and weaknesses as well as create a more clear path for release. 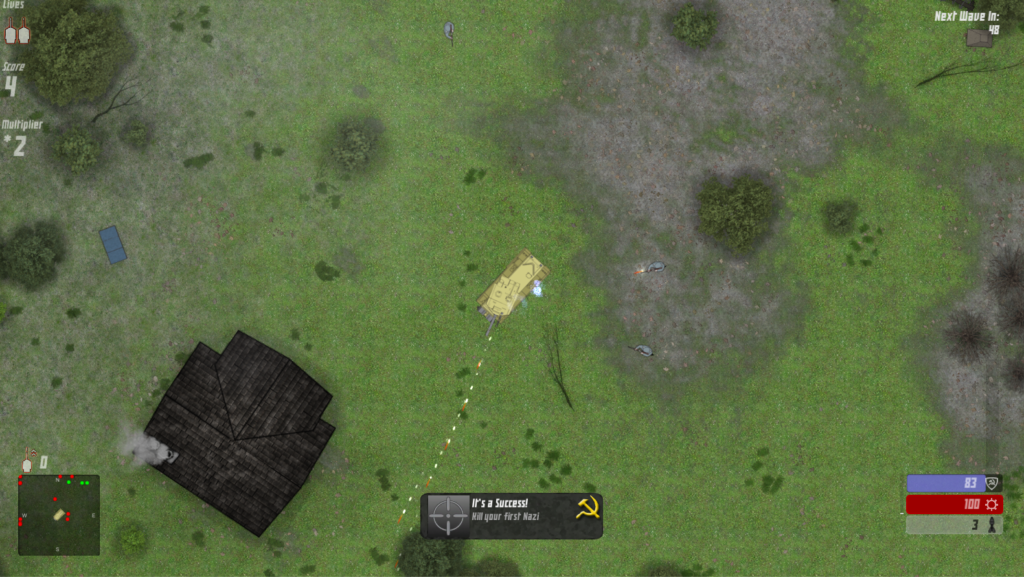 Moscow, more rocks, bushes and detail has started to be added to the levels

Some basic improvements have already been made to the game