Here are the new unit card and info cards for Italy. Some of these units info cards also feature new text descriptions by tman0617. 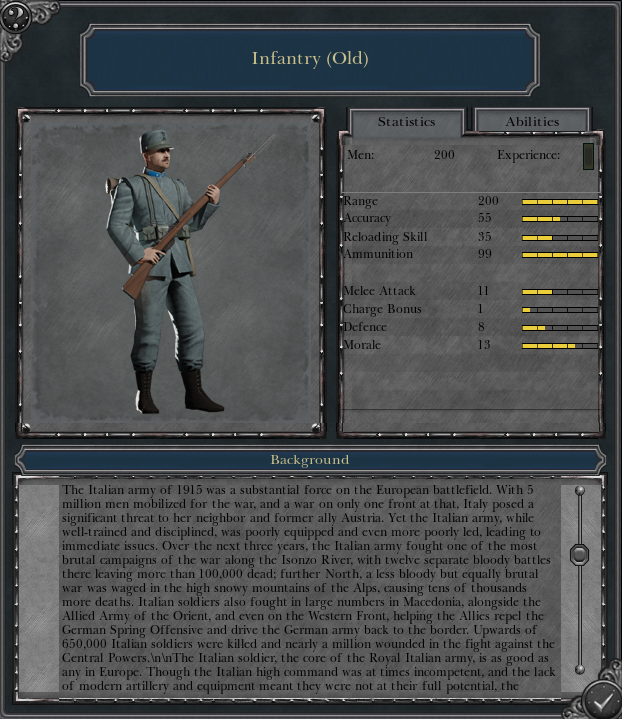 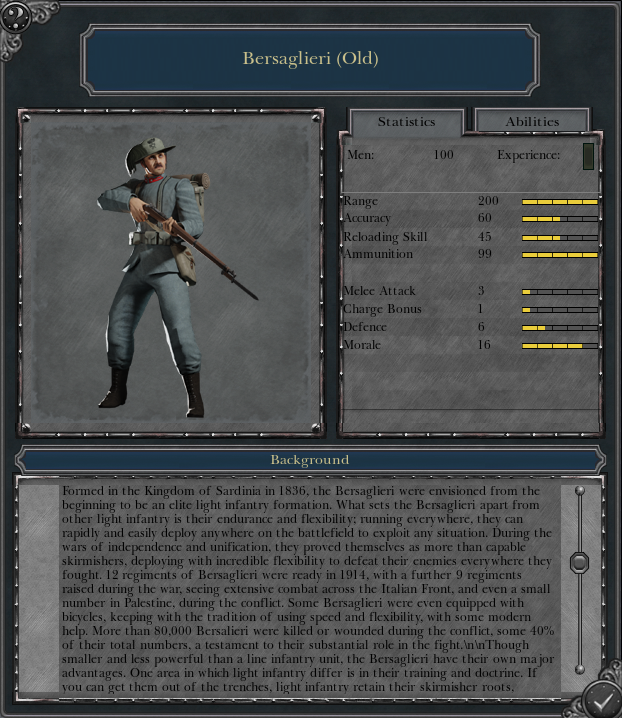 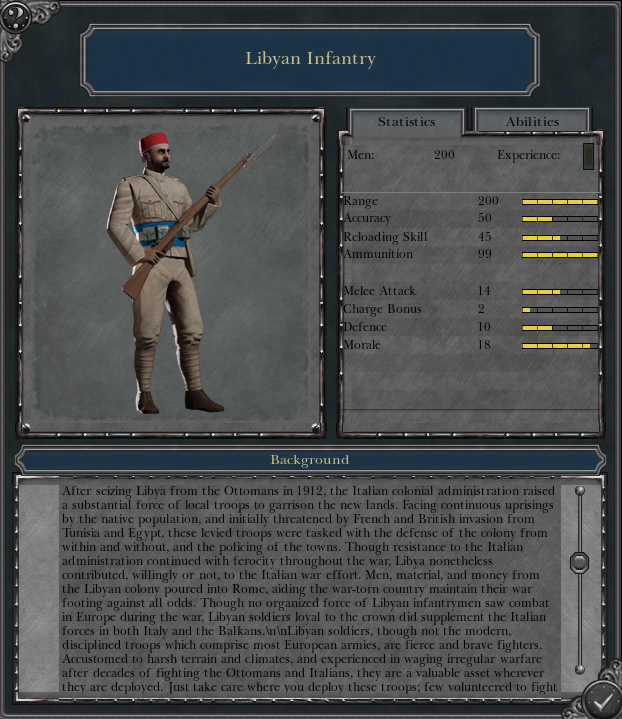 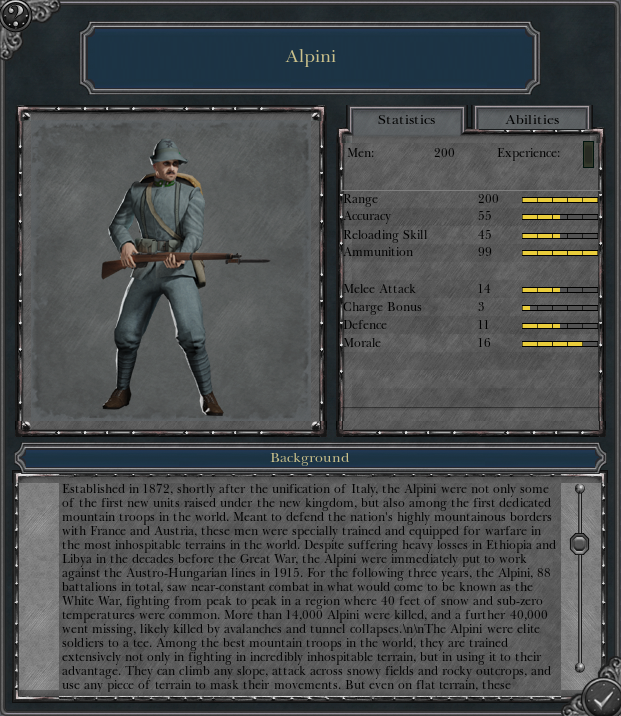 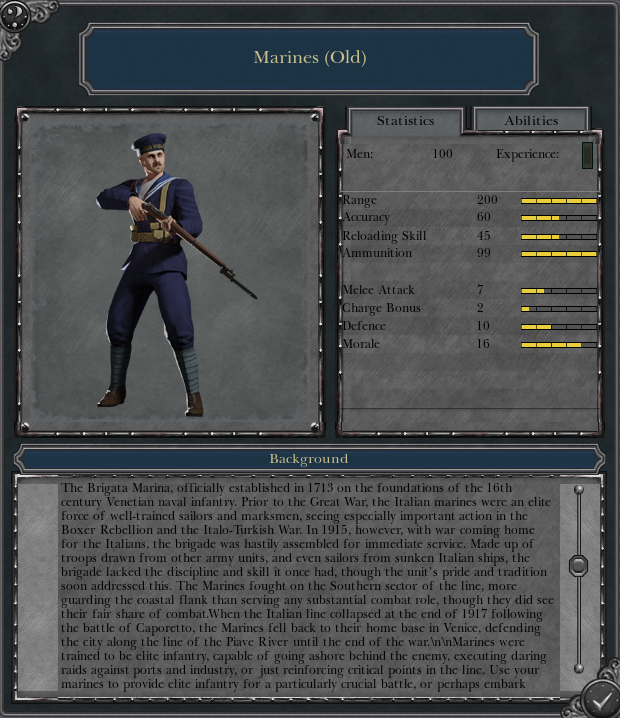 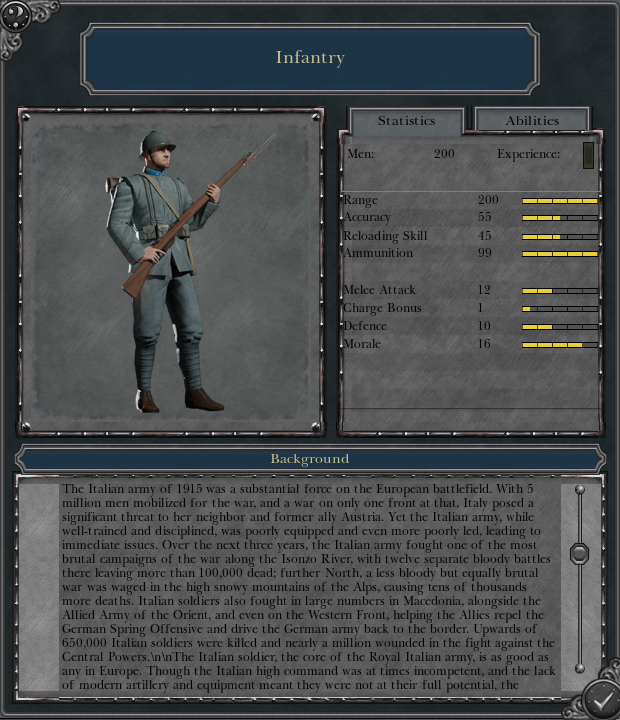 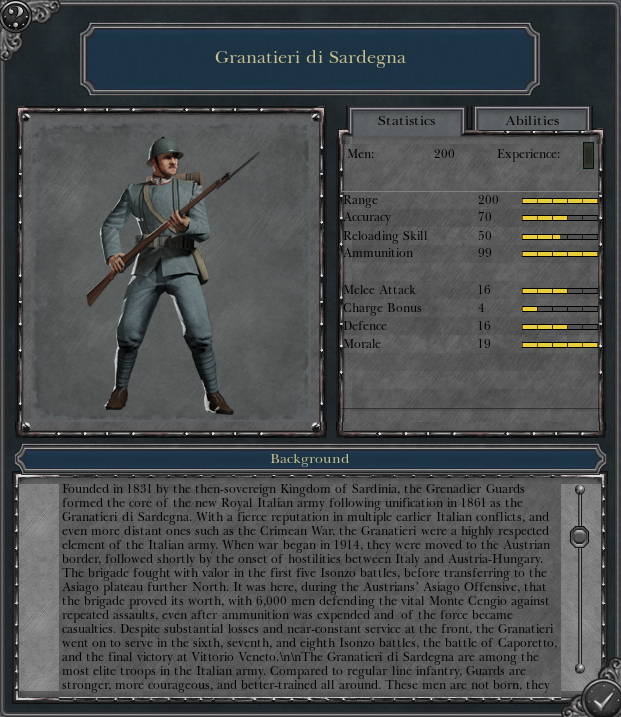 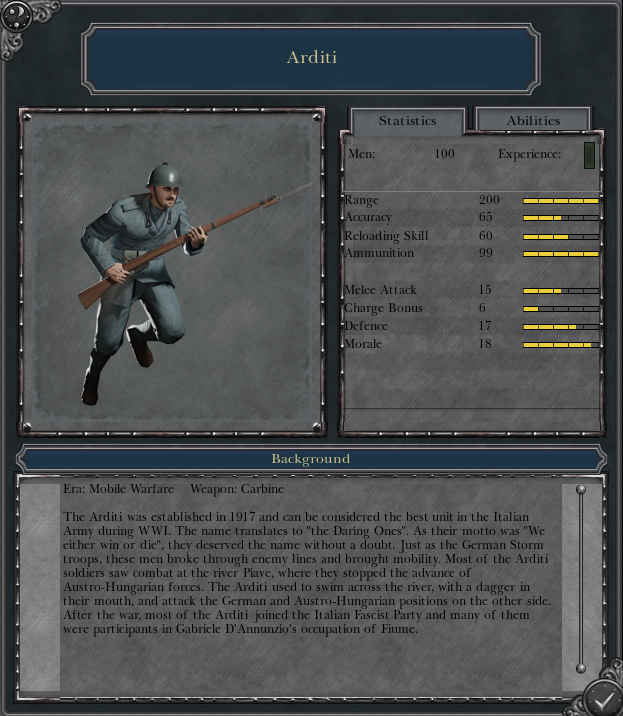 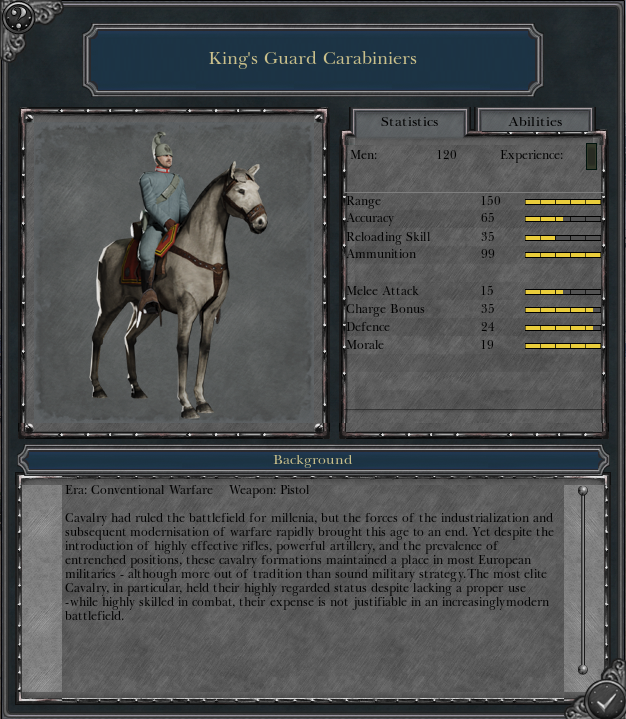 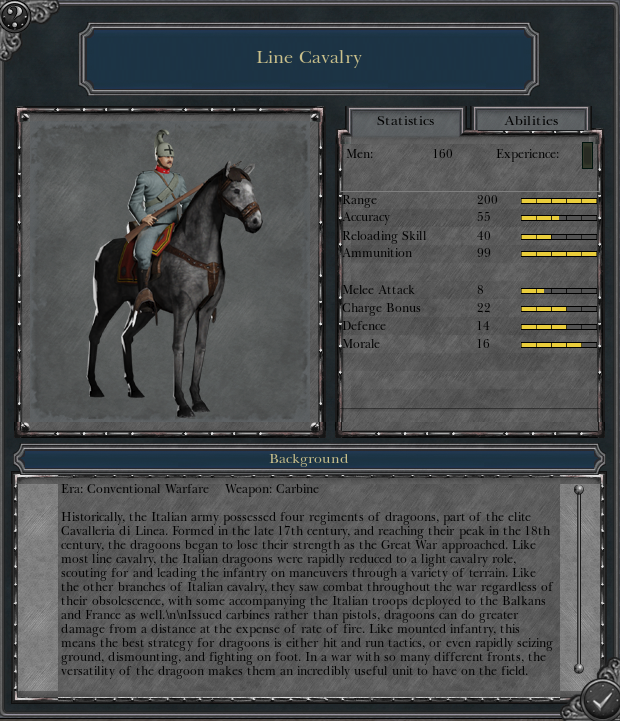 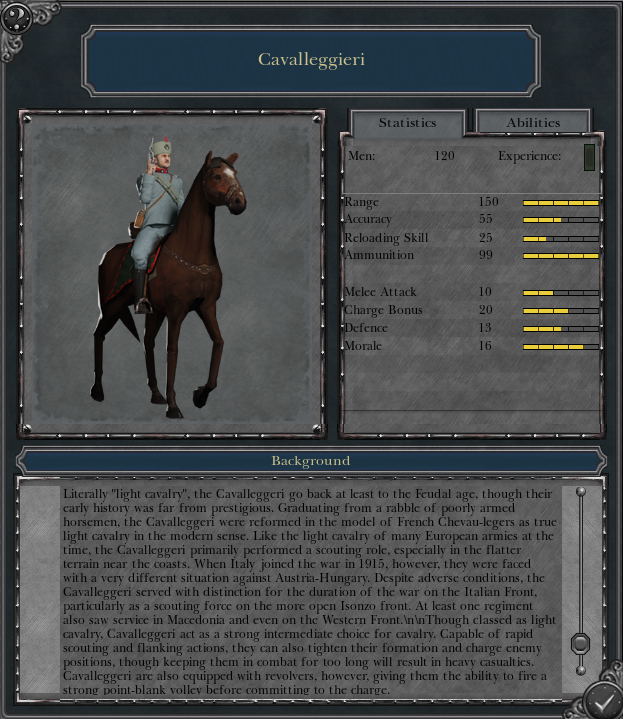 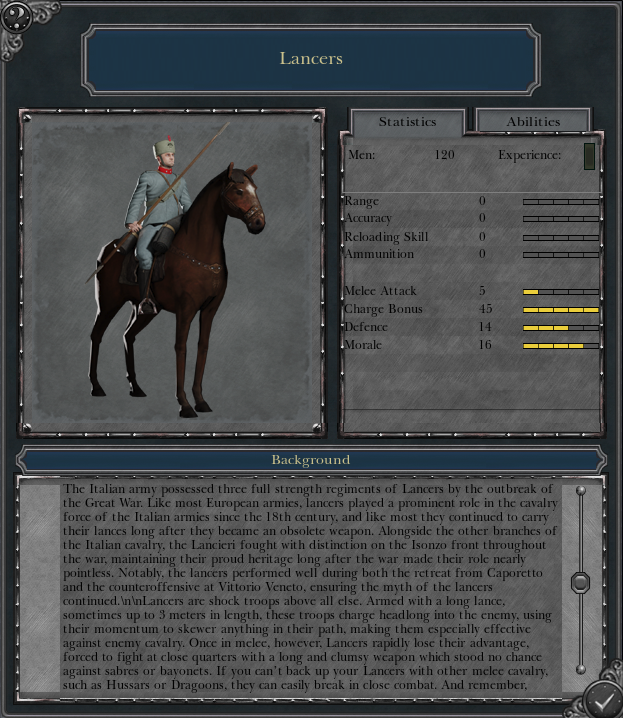 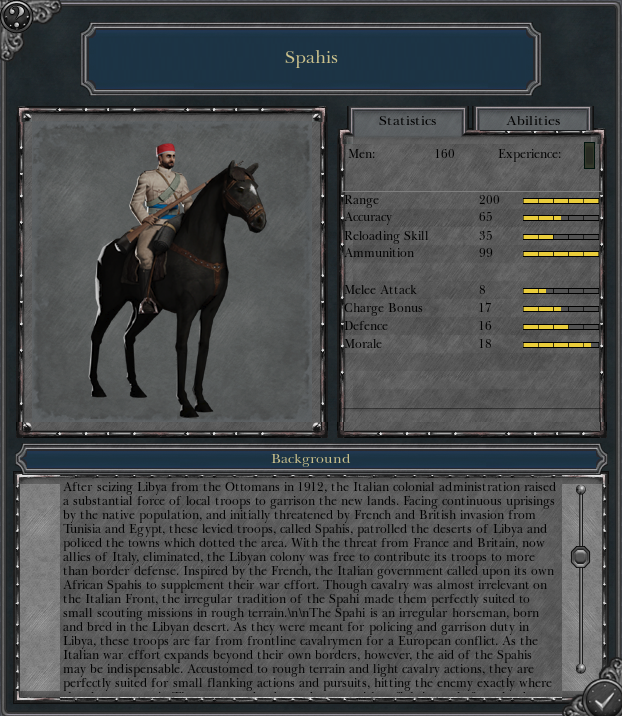 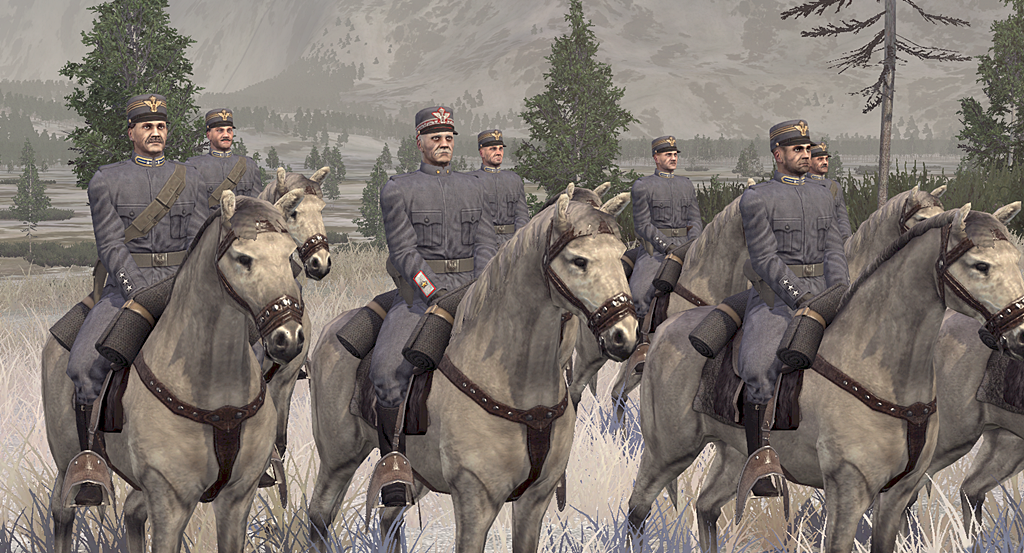 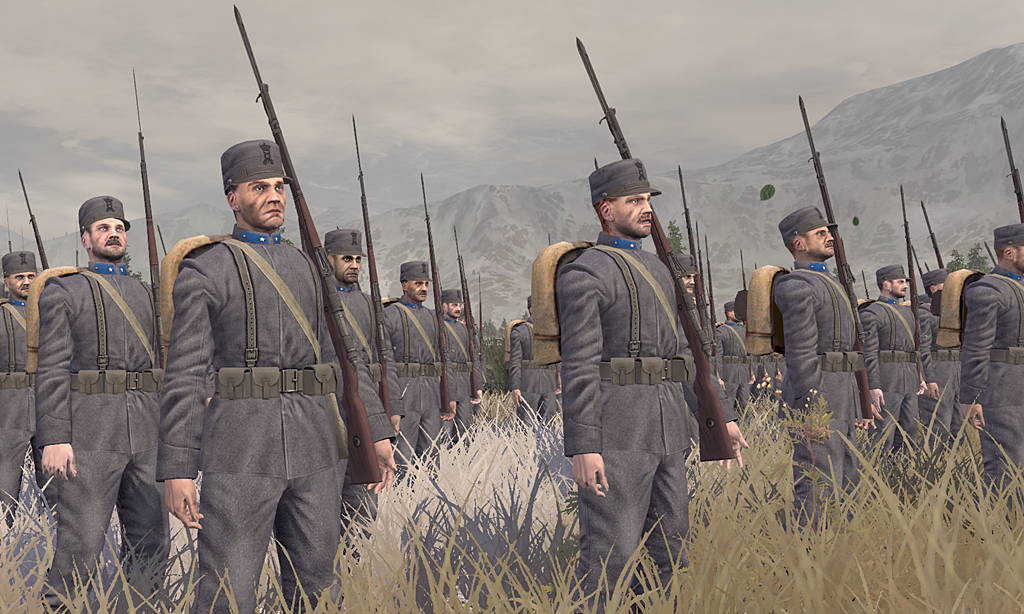 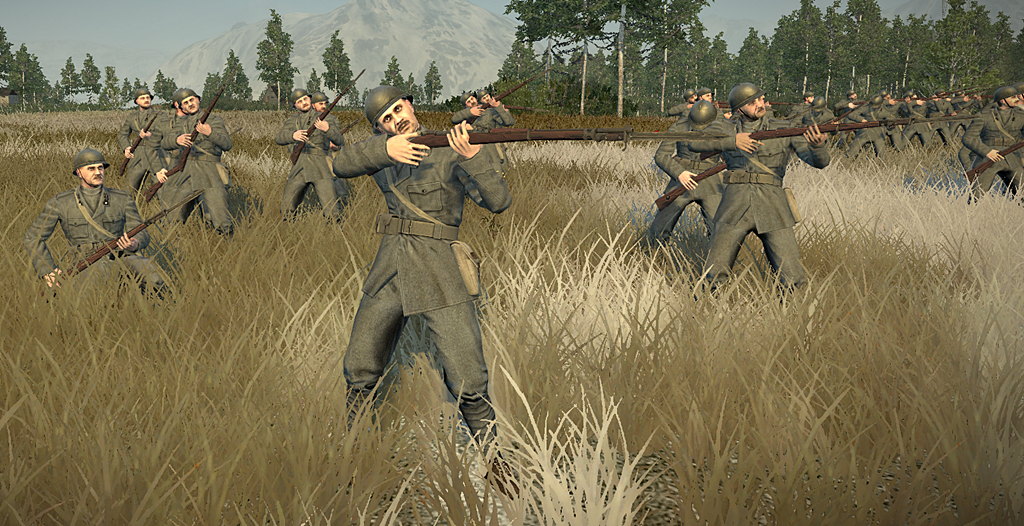 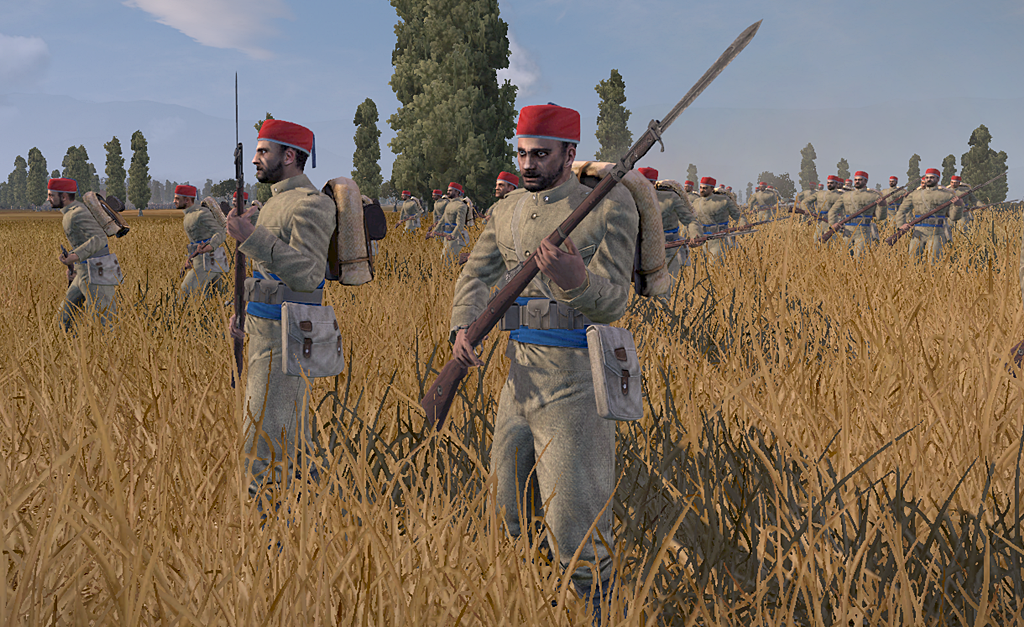 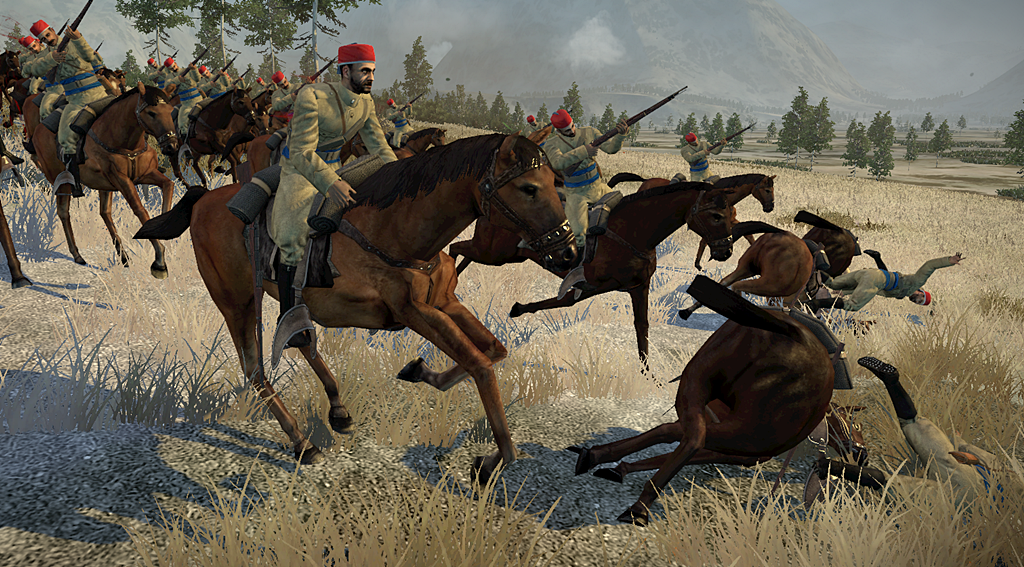 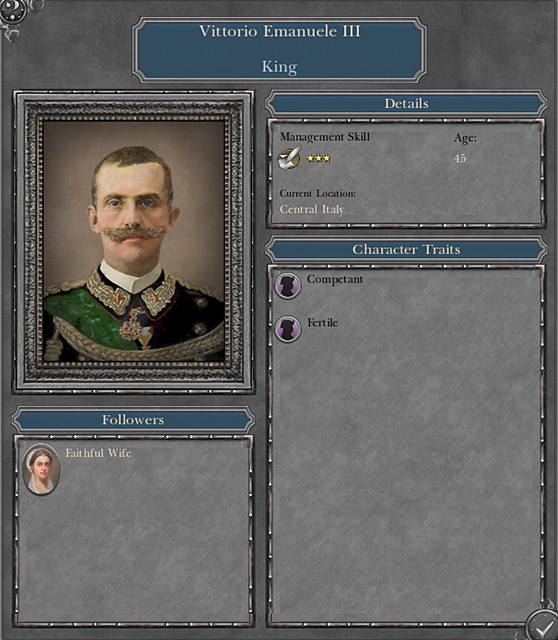 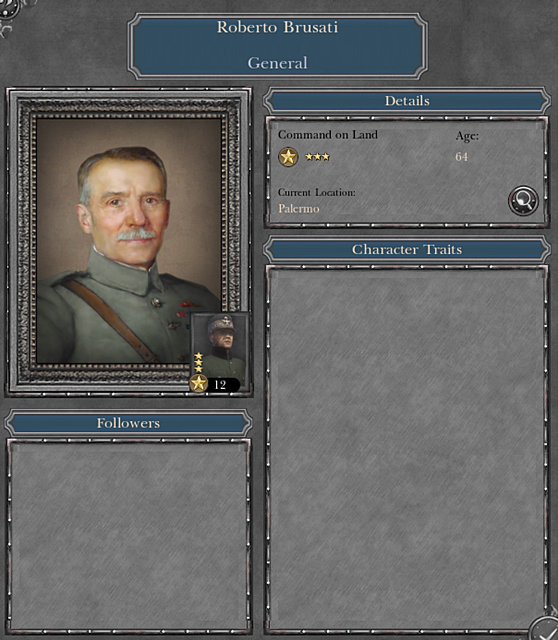 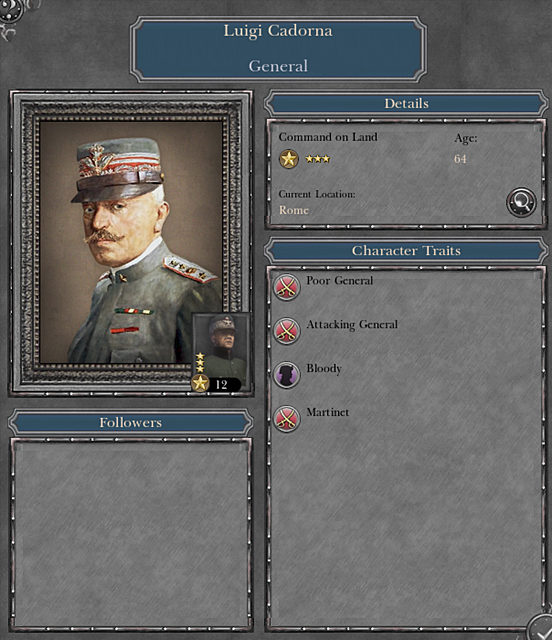 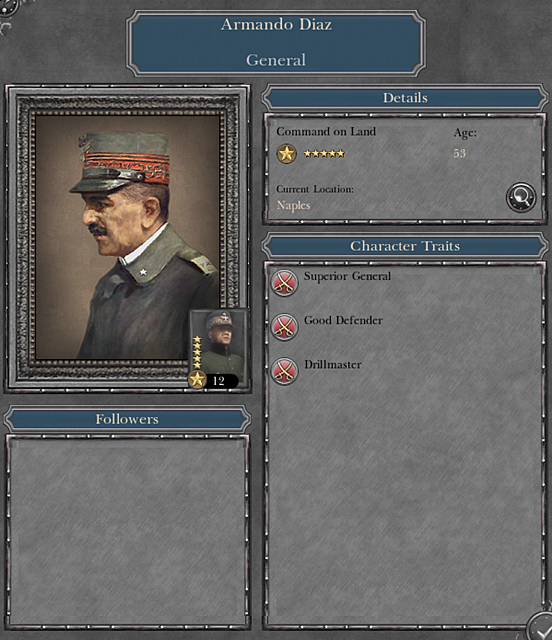 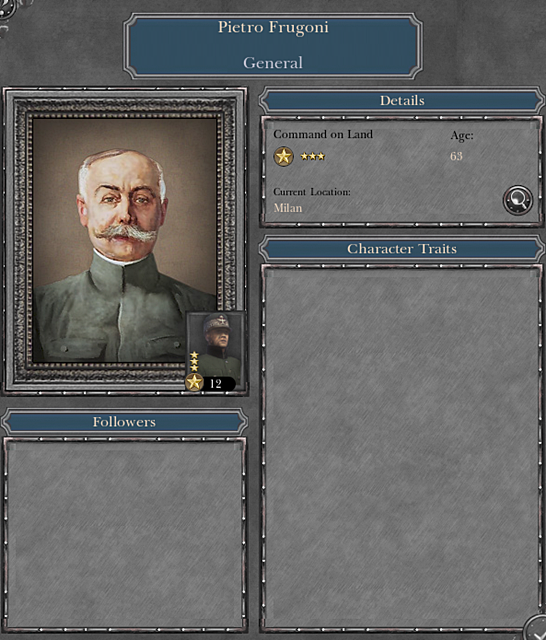 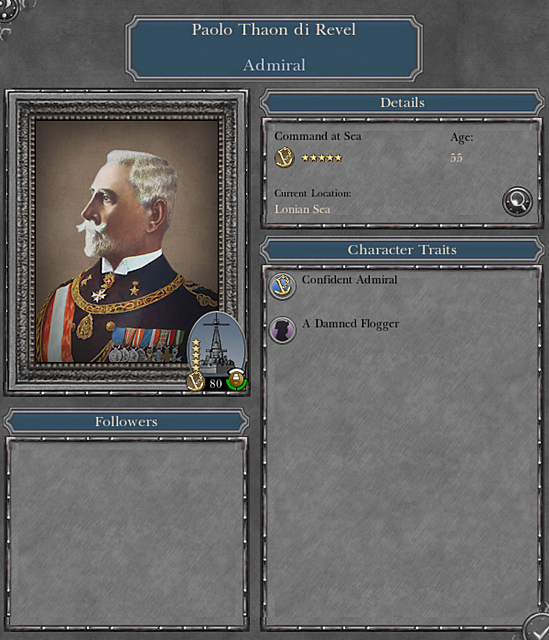 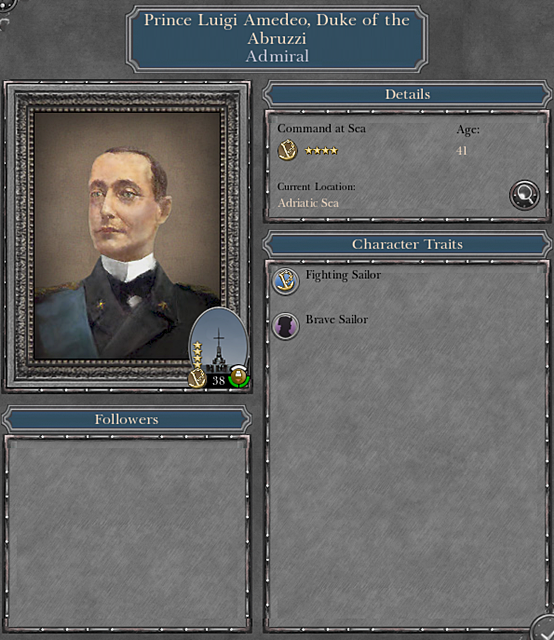 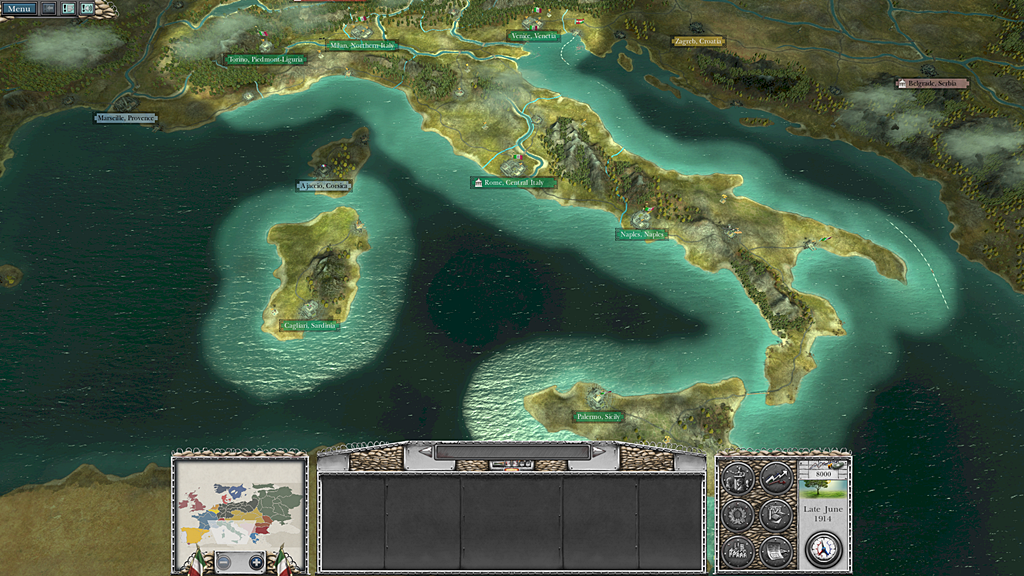 Here is the Italian air force with new roundels.

Here is the main Italian navy stationed at Taranto.

We have added a new late game scripted event for Italy that attempts to replicate the period of time know as Biennio Rosso which was a two year period of great unrest across Italy. This period of time was the birthplace of the Fascist movement which eventually took over Italy.

In this screenshot you can see the Kingdom of Italy, Republican Italy and Fascist Italy all at the same time.

This has nothing to do with the Italian update but i would like to recommend everybody watch this video by Lord John that features a recreation of the Siege of Kut Al Amara.

We now have an official Discord server!

Amazing work as usual! So I believe now its just Greece, Spain, USA (as part of France for campaign) and for battles only Bulgaria, USA and Japan? Which one are you going to focus on next?

How did you know that Japan and the USA (is apart of France) will be in the game?

I've been following this mod for the last year or so. They said the USA will be added to the French campaign faction (but seperate for custom battles) because historically the Americans worked with the French and used French kit extensively. They would only appear late game and would be incredabiliy cheap (to represent the fact that they are fresh re-enforcements). It also allows them to be played as if they were an emergent nation you couldn't play them and also the way the engine works they would require a 'home region' which is currently the Netherlands in v5. But when the US 'emerges' currently they just sit in the NL and basically just replace them. If you went back far enough you'll see this mentioned. For custom battles the USA is remaining independent however.

Bulgaria is running a similar principle to the above, only instead of France the Ottoman Empire is representing both nations.

Japan was mentioned as a potential custom battle only faction, although Bdizzle appeared to not be wedded to that idea for this update. It appeared to me to be a 'consider it as a bonus, rather than expect it." But maybe he can weigh in on the issue himself?

yea im curious as to how you know this information? I think in the older version the news about the USA was always like that but the news about Japan is new to me. Hopefully its true would be fun to see WW1 Japanese military

BDIZZLE356 Finally, we see some admirals! What country's uniforms are you guys doing next? Can there be a admirals only preview someday? Like, show the two best or most famous admirals for each great power? Like, throw von Tirpitz and David Beatty in there? And, at the beginning of the campaign, can the SMS Goeben and SMS Breslau be placed on the Algierian coast, because in one of The Great War's videos, Indy Neidell talks about those two ships attacking Algerian ports.

Jokes aside, what country is being worked on next?

Not really, unless they are welcome surprises. "A surprise to be sure, but a welcome one."

How will the USA fit in the campaign?

As units recruitable by the French.

Am I retarded or is this part of the future 6.0 version and not currently available for download?

its part of the future update

Where are the Alpini???

Oh my, I really love the new render for the unit cards. Thanks for the hard work on the details of the units!

I can't wait to curbstomp Far Right and Far Left as the Kingdom of Italy.