Here is a look at France. France was actually the first faction we made new uniforms for and they have the most new faction specific content out of everyone else. We originally posted screenshots of the new uniforms a long time ago but we never made an official faction preview, so here it is. Some of this content has been posted before but never all in one place. 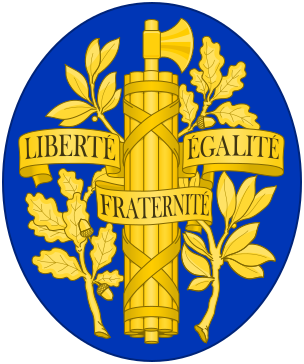 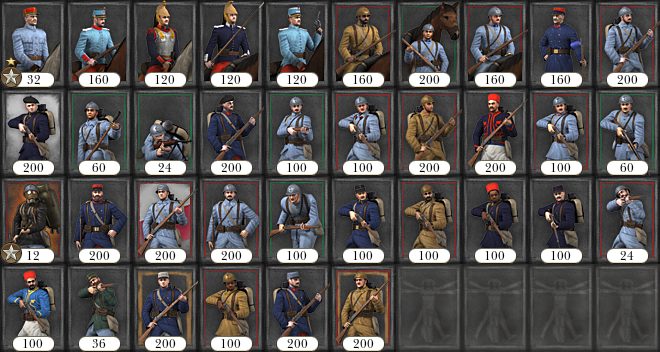 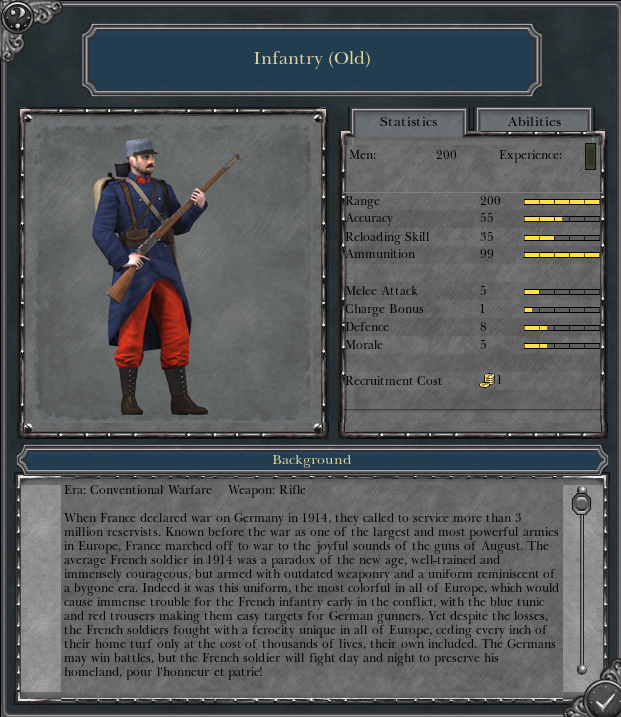 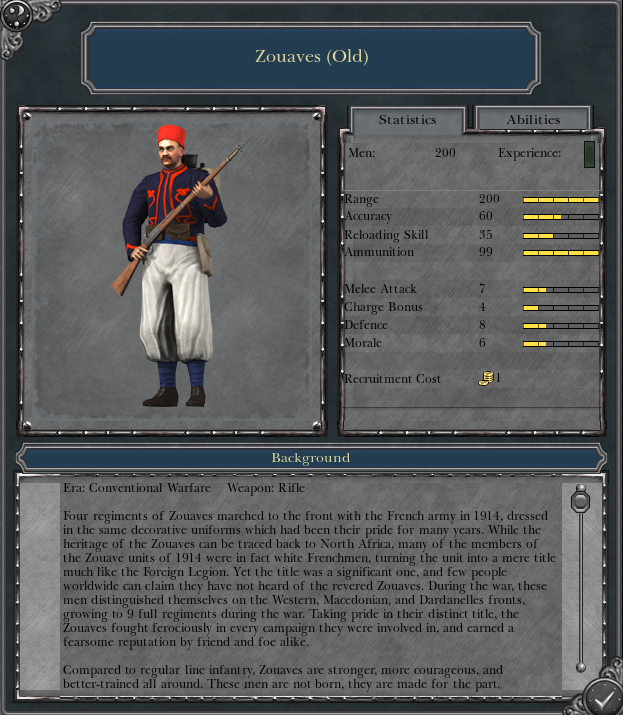 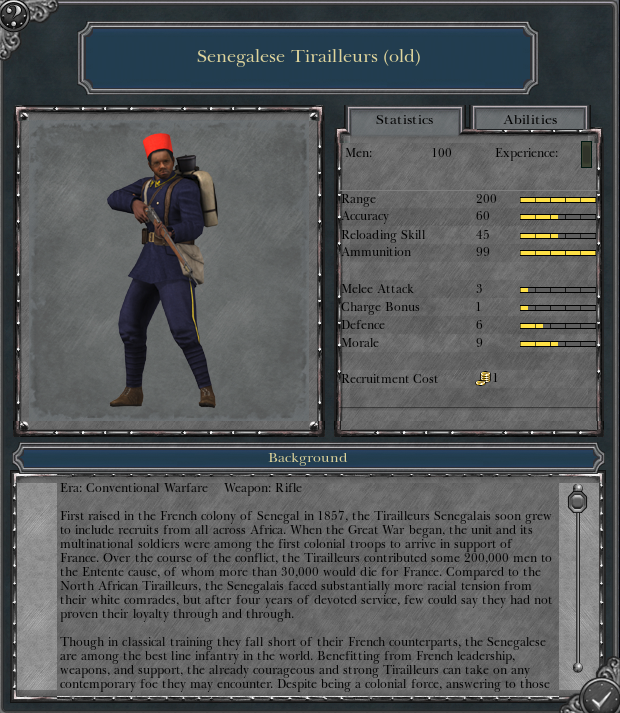 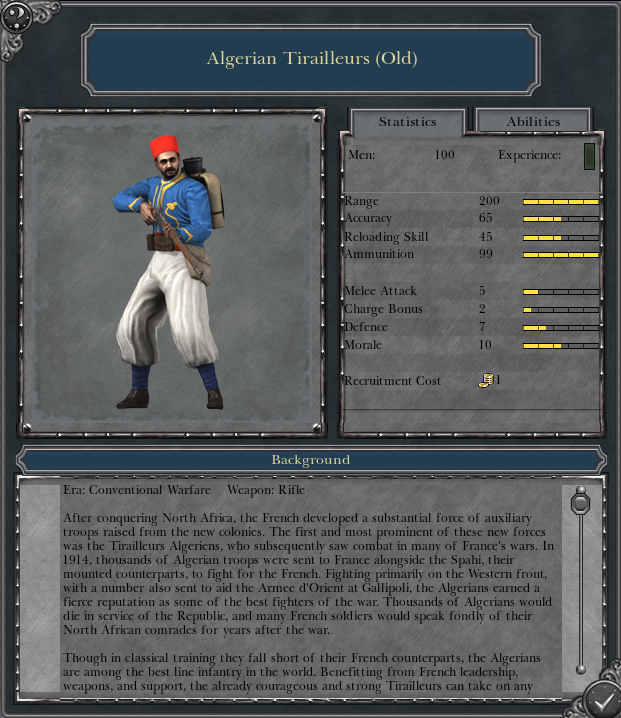 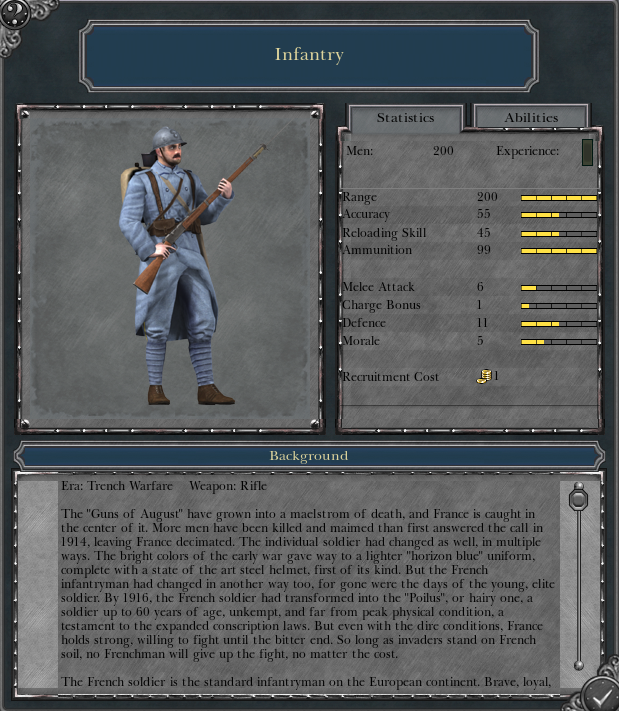 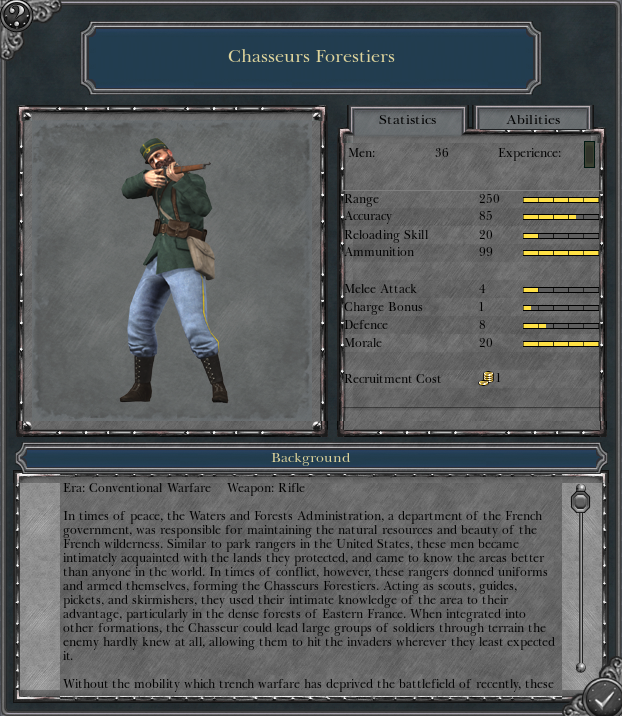 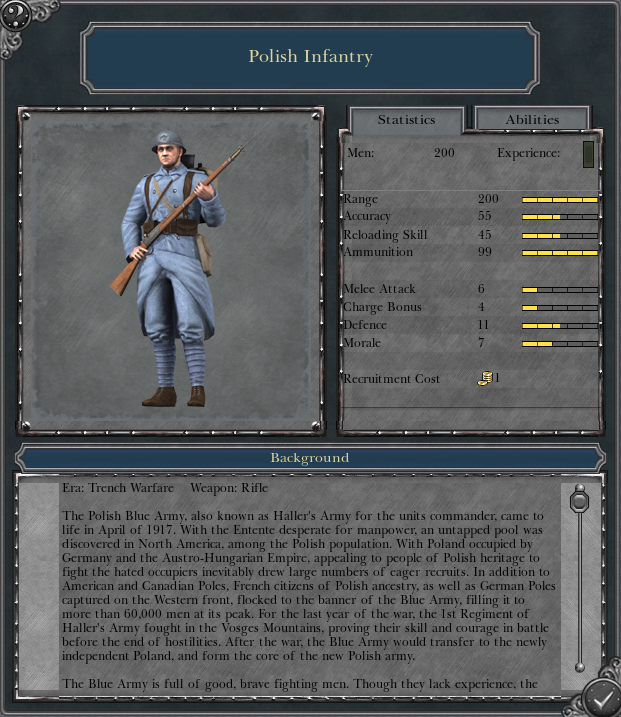 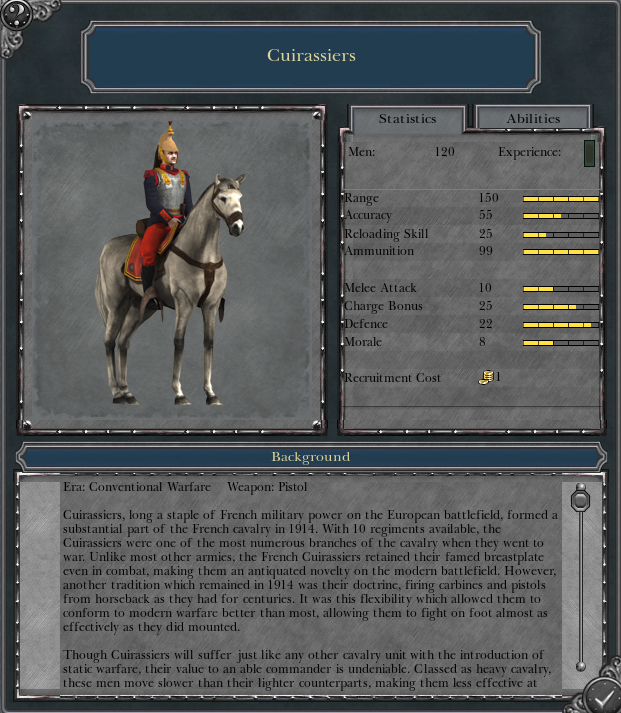 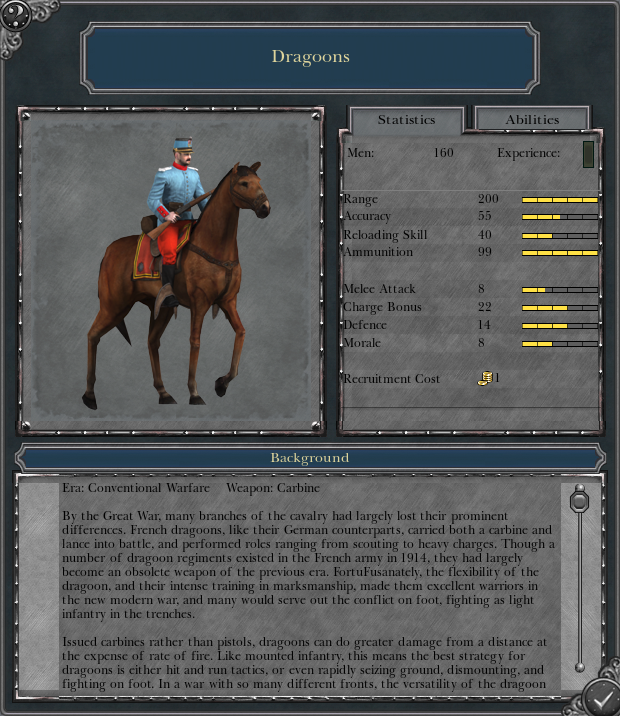 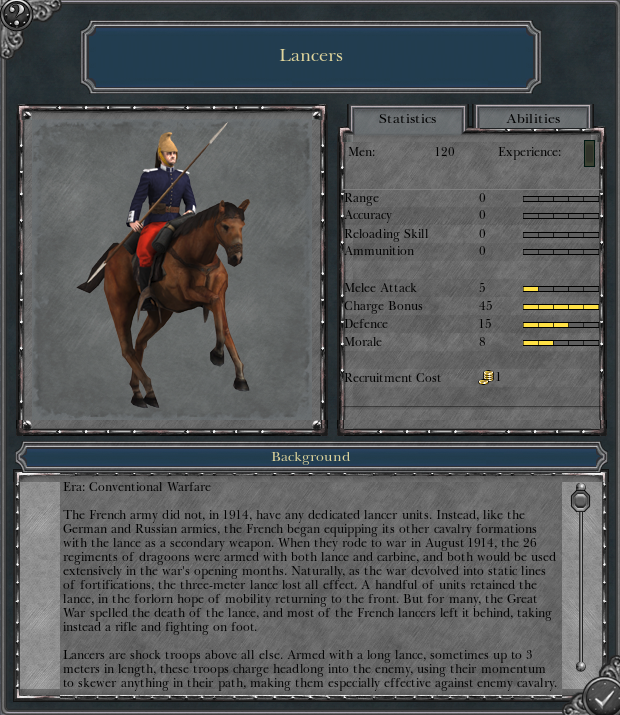 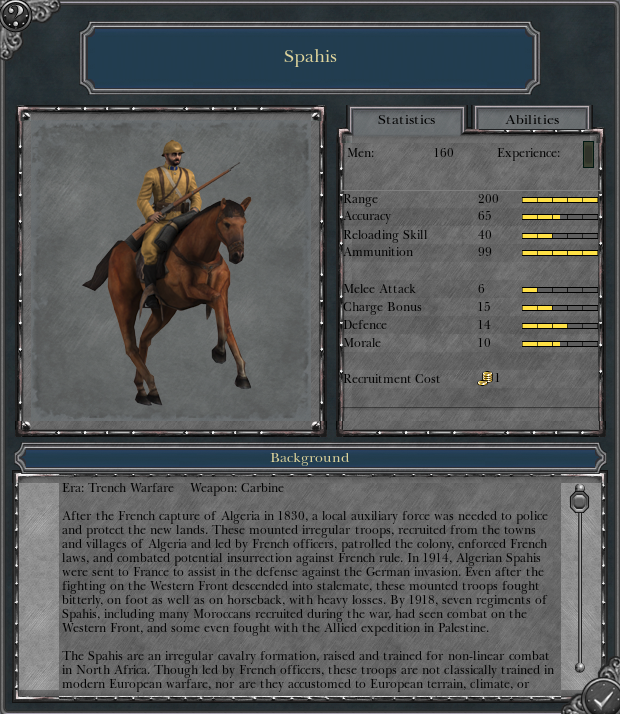 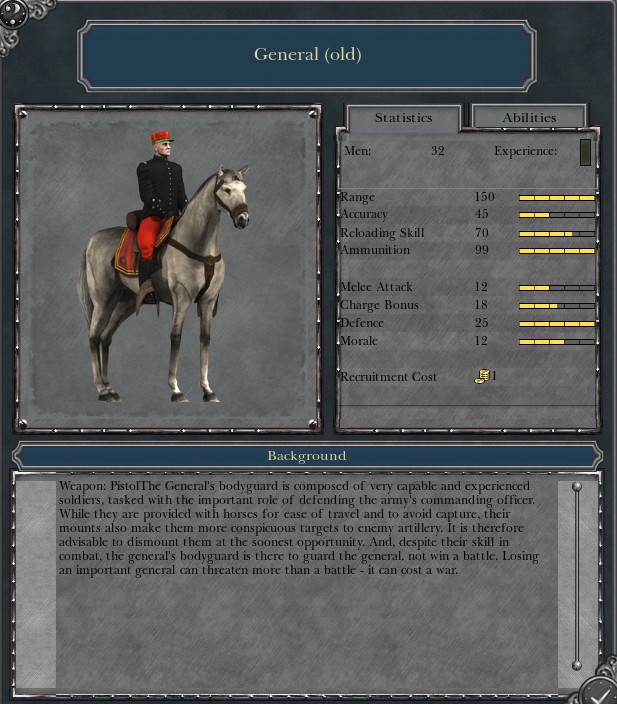 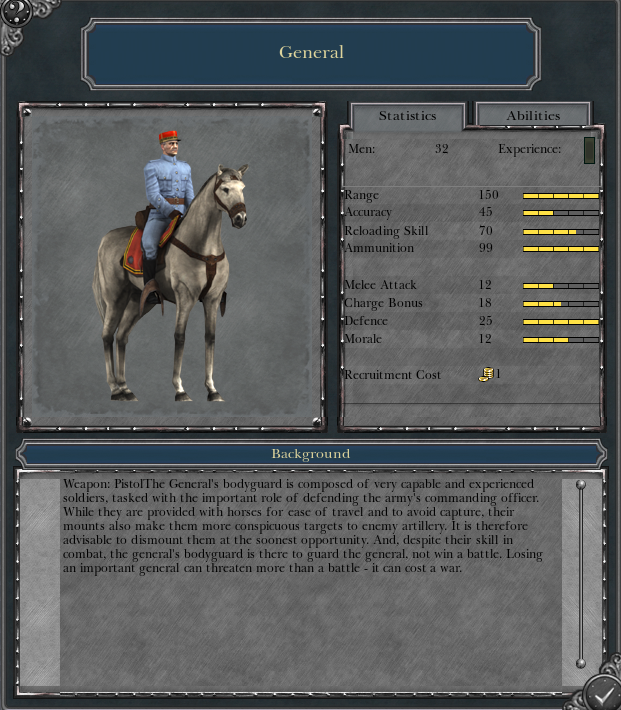 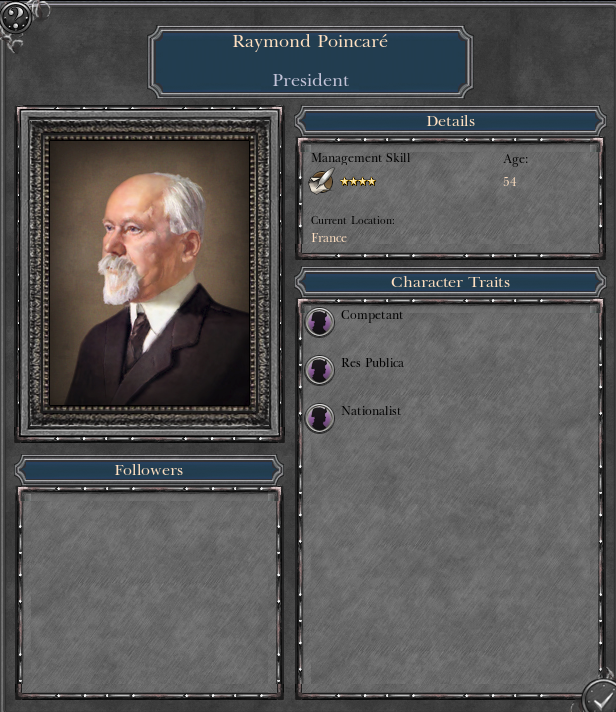 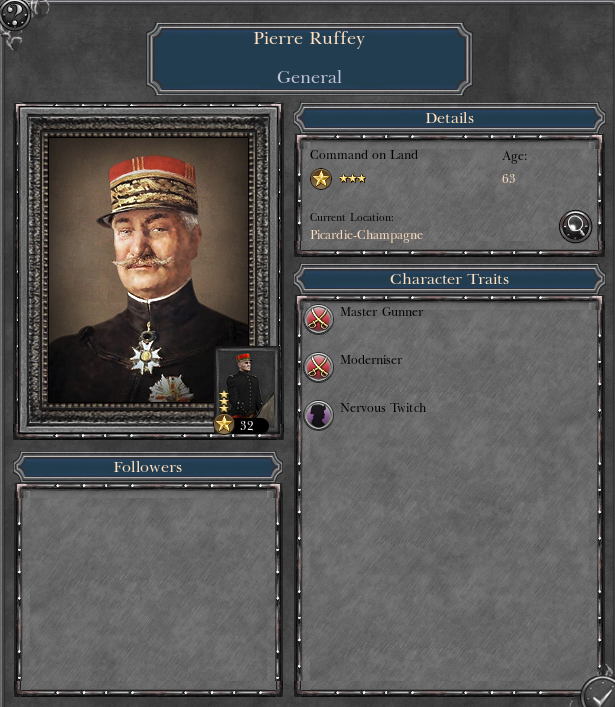 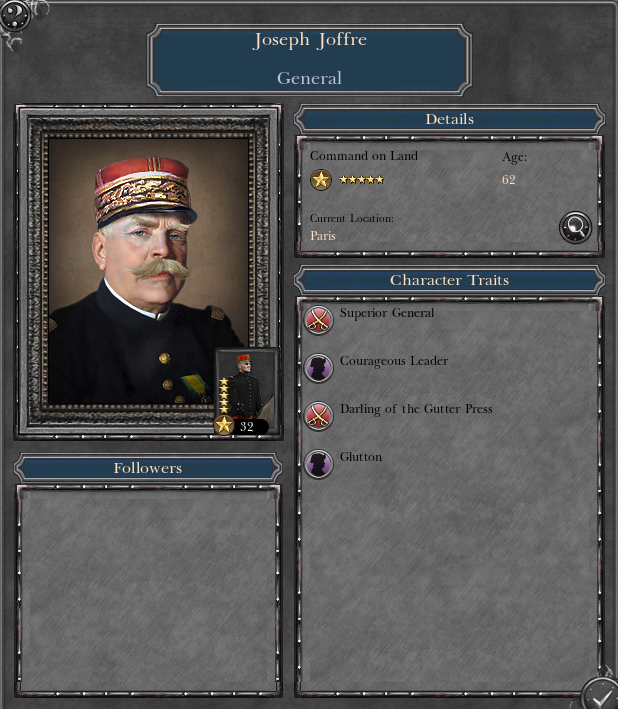 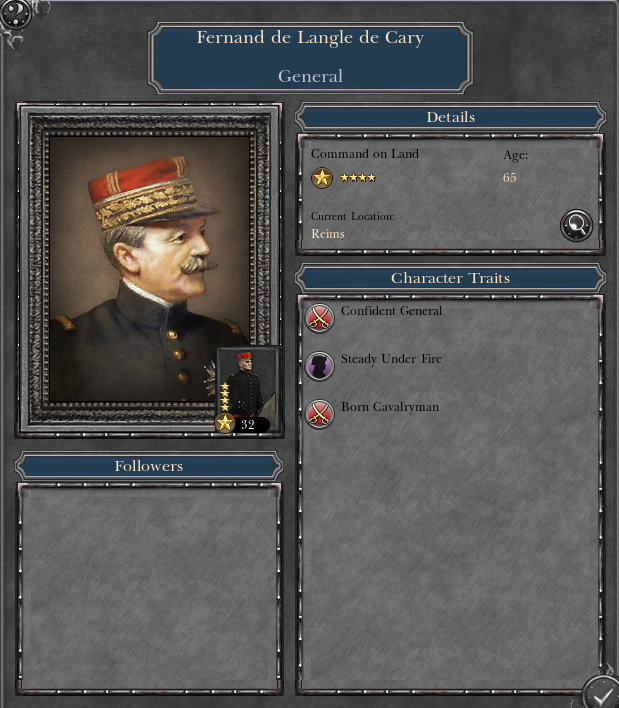 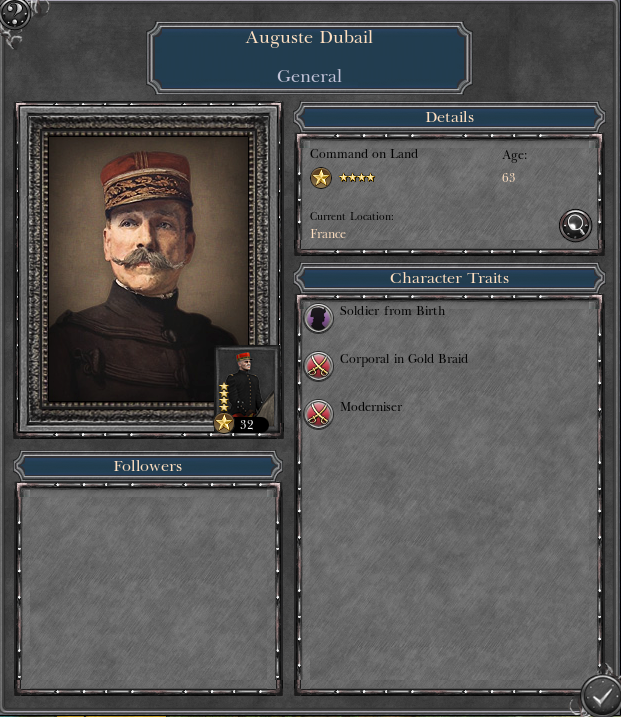 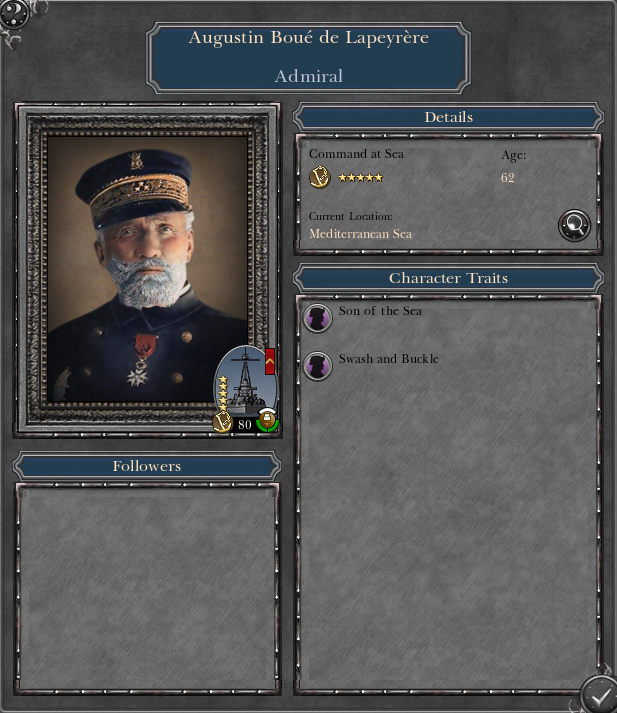 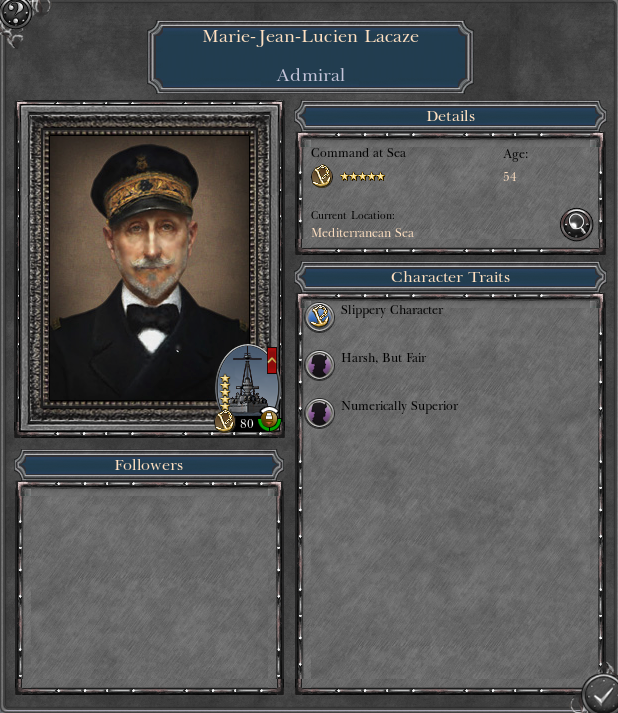 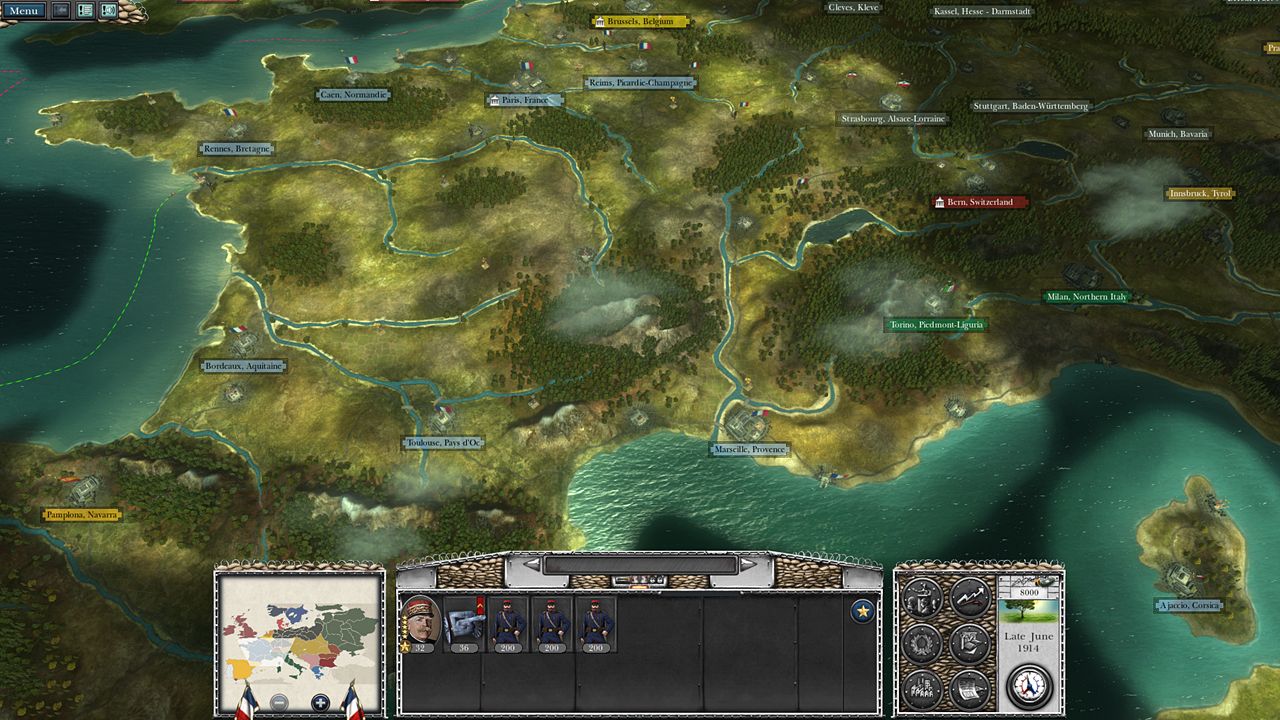 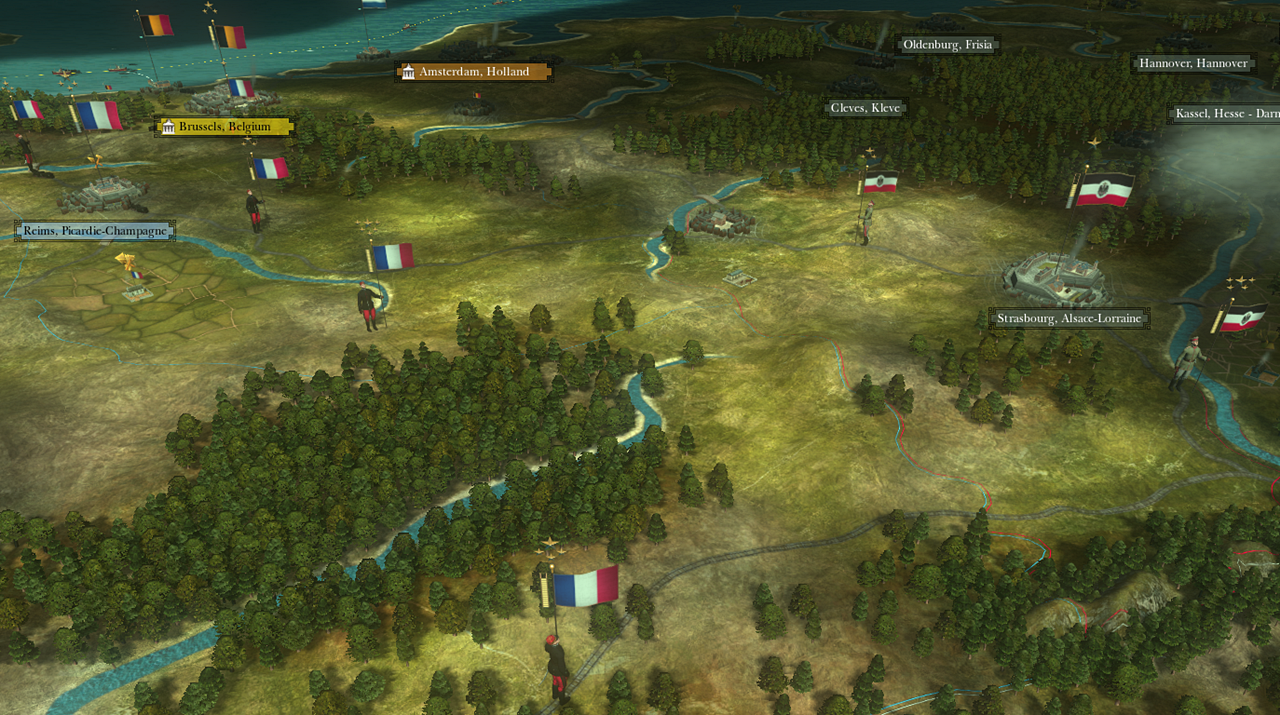 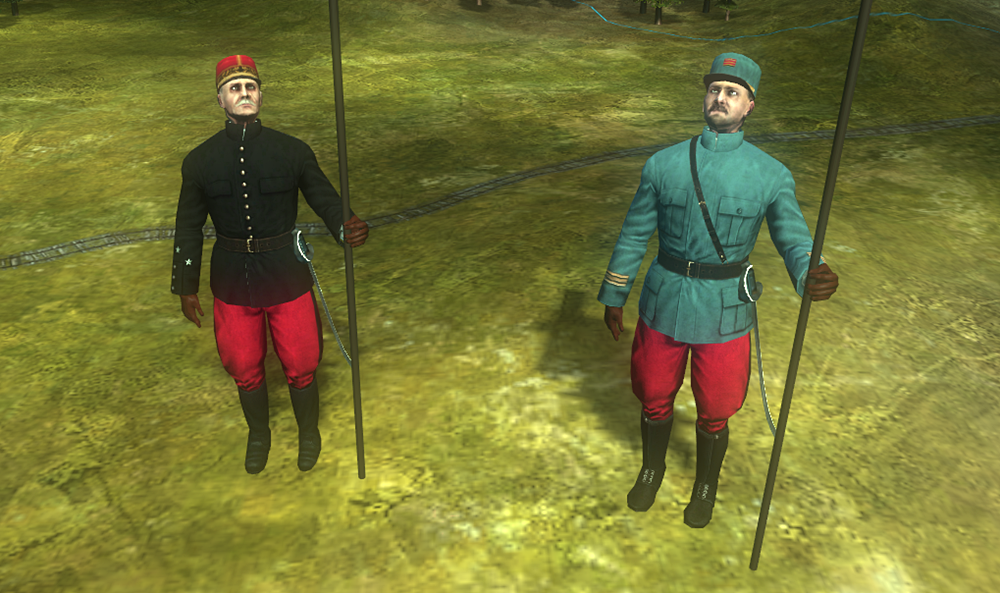 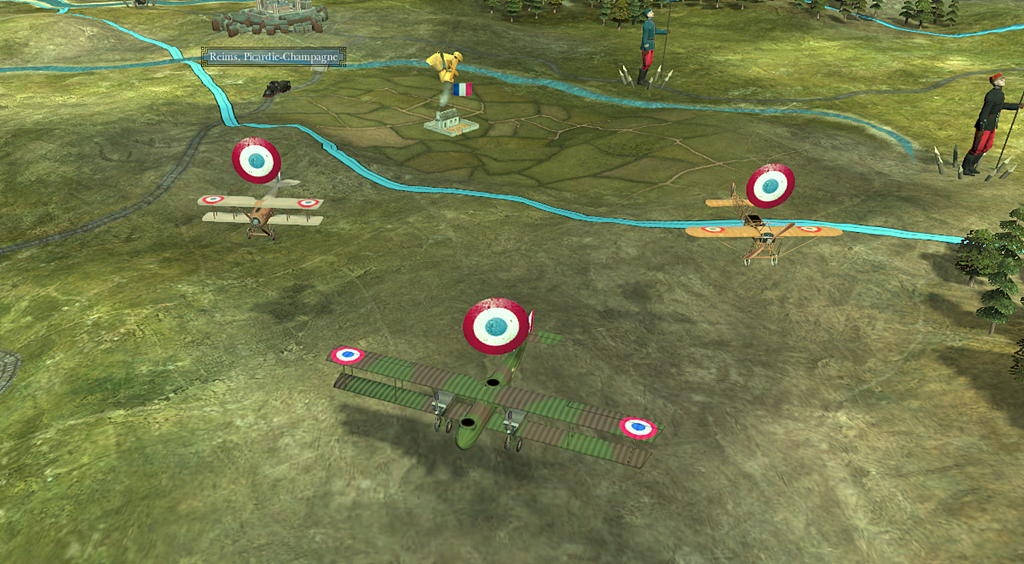 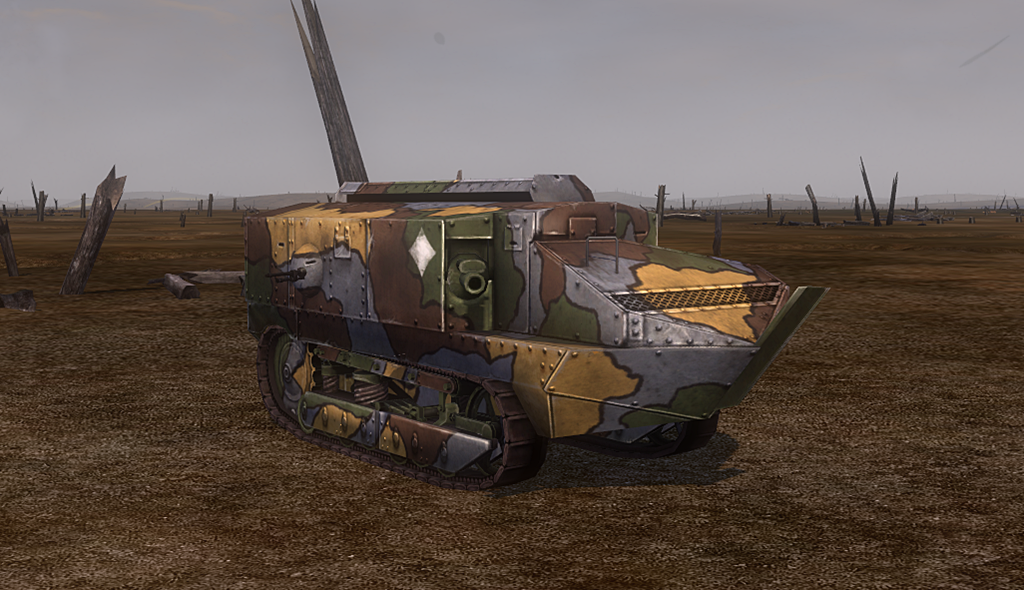 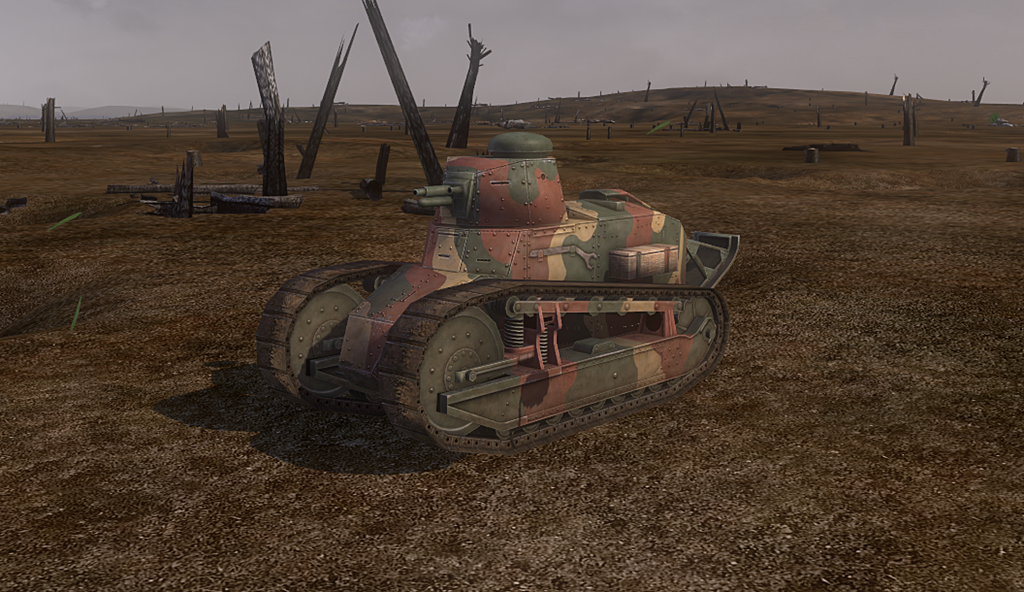 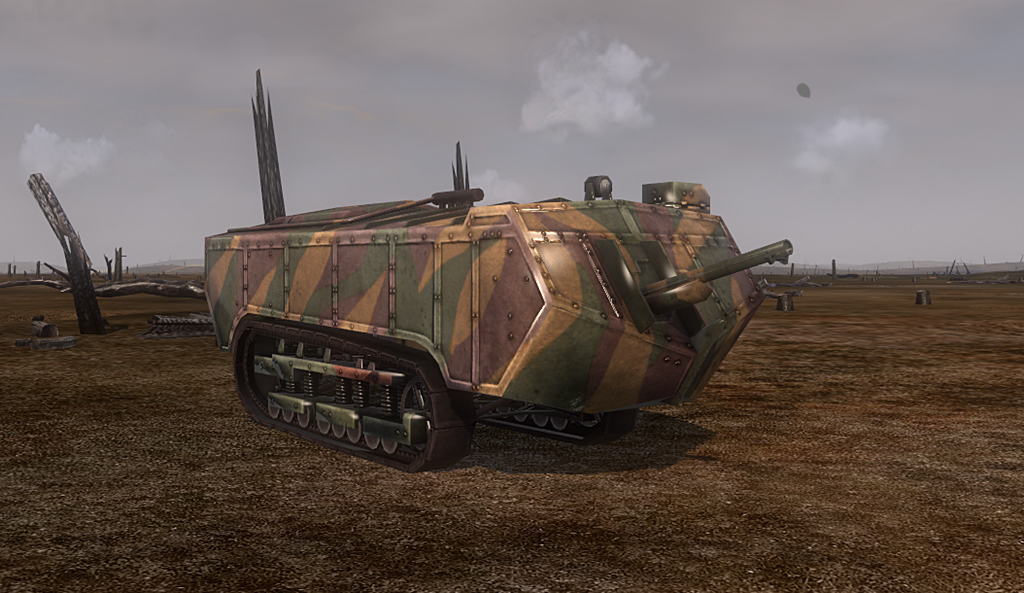 War has begun and the time has come to teach those Germans a lesson. Since stealing Alsace-Lorraine from us four decades ago, they have continually threatened the stability of Europe and the safety of all of their neighbors, ourselves included. Now the Austrians feel they can seize the Balkans without penalty, and the Kaiser thinks he can bully the rest of the world into accepting it. No longer! The days of Bismarck are over, and it's time for someone to put the German barbarians in their place! With the help of our allies, we will show the bullies of the Central Powers that only the free people of Europe can control their own destinies.

Much has changed since our defeat in 1871. Our army is one of the largest in Europe, and our soldiers remain the finest in the world. We can also call upon our colonies for additional support, and the colonial troops at our disposal have never failed to achieve results. Our fleet, together with that of our British allies, can defeat any navy in the world, and our aerial forces are the most advanced of any nation. With the navy and natural resources of the British, and the immense military strength of the Russians, not even the mighty Kaiser stands a chance. If the Germans don't kill themselves smashing against our defenses, we will take the war into their lands, and all the way to Berlin if we must! Vive la France!

I love this rework, so glad the uniforms got an update!

Whenever i played any mod on either Empire or Napoleon i ALWAYS ended up picking the ottoman, but now..i fear that my mind has changed. nice work guys! you did your job TOO GODDAMN WELL

Thanks for the update, I love that there's conventional units in the begining.

Saw to typos, sorry if it's been fixed:

- Dragoon desc, says FortuFusanately instead of Fortunately
- General (Old and new) says PistolTheGeneral at the start of the desc.

The descriptions are great btw very informative, I love reading the desc in these games

As the author of those descriptions, I fear those typos were my fault... Autocorrect apparently doesn't catch everything

Can't wait to see this in action ;)

Great uniforms. One suggestion: as a french person, one of the most well know and prominent french ww1 generals was Philippe Pétain (the saviour of Verdun)and he would be an interesting character to add in my opinion.

He is in the mod. He spawns randomly as a recruitable general. He's just not recruitable from the start as he started the war as a mere artillery colonel.

How much development/nations is/are left before the update? :D

Spain is the last nation

what do you think about borrowing from Empire (American Civil War) the range of reinforcements (to simulate fronts) and the morale of the units (it seems to me perfect in that mod)?
I would also like to know about the estimated release date

I haven't actually played that mod but I watched a couple videos of it and it looks really cool.
What did they do with reinforcement ranges and morale exactly?

Are there plans to re-skin the ships in order to do naval warfare?

Awesome! Will a article be made for Spain? It would be epic to see things like a Carlist uprising or the fall of the Monarchy in favor of a Republic.

Yeah all new factions get them. Spain will probably be around August-ish

Beautiful but i've seen there Polish army(Wikipedia sad 35k soldiers) and what about The Expeditionary Corps of the Russian Army in France and Greece(45k soldiers). Will we have this unit for Greece of France(sorry for mistakes)