We are proud to announce that The Final Nights Version 1.3 will be released for public download on Saturday, February 7th, 2015. Initially you will only be able to download it from here and from the Team Camarilla International forum, however as this Bloodlines expansion gains popularity, alternate download locations will become available.

The Ming Xiao ending has been fixed along with the new Histories System, Hacking feat, and Lockpicking feat, which will make for a very different experience from prior versions. The female Assamite playable character is featured in this new update as well. TCI would like to thank the community for your support during the development of this update! 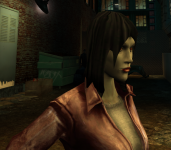 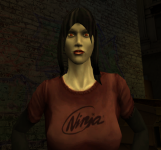 You can find all of the new features of TFN 1.3 in our "Features" section.

hi, as i loved this game and i actually have it installed for my 3rd playthrough..wanna ask some questions. how many quest are totally news? Npc?usually i don't like mod that mess with abilities and skill..i hope this will be balanced..i need a fresh isntallation with or without Unofficial? thanks for the hard work