We are currently pushing for a public beta release this October. Along with our tentative release date, six new screen shots have been added to the gallery.

Ruiner is finally starting to shape up for a public release. Right now we are starting to iron out the last major batch of bugs and tweaks. We hope to get as many squashed in time for a late October release. This will be a beta style build and does not contain everything once planned for the mod.

After many years and hardships, it became apparent that we had to scale back the size of the project if it was ever going to see the light of day. This included the narration, a few weapons and the length of each level. Even though we were not able to meet our goals in terms of length and depth of the game, we were still able to get every major feature working and presented.
The beta release is fully functional and does not contain any placeholders. It is our hope that this style of release will help gain some much needed feedback on the mod and help determine the future of it. 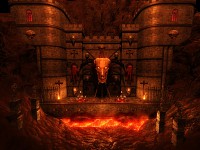 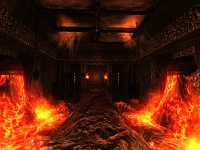 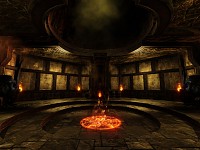 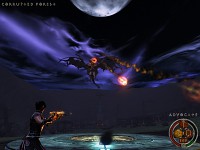 Along with today's news of release plans, we've also uploaded six new screen shots. This will be the last batch of images shown before release. A trailer is also being prepared for the game's release.

its shame u had to cut back on some stuff.but then again its good to hear that there is gonna be a release soon.

Very happy to hear it :)

my birthday is in october ... awesome :D

I'm ready when you are. I always have Doom 3 installed on multiple machines for cooperative action or just playing some mods

I congratulate you for finally releasing the game and I just can't wait to play the mod I was awaiting the most!