The Dwarf Holds, a classic BFME1 mod, has been re-released, optimized for users with widescreen monitors. 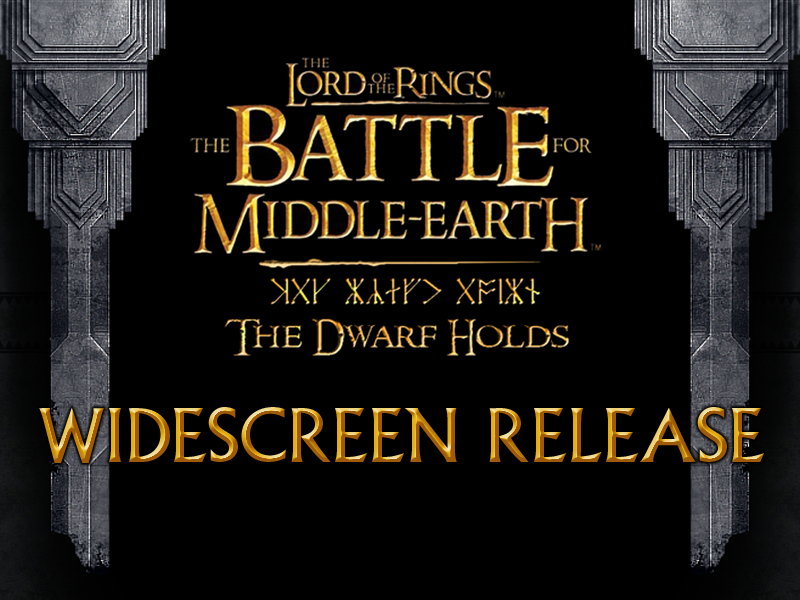 The Dwarf Holds, a classic BFME1 mod, has been optimized for users with widescreen monitors.

Playing the original TDH on a widescreen monitor meant having to deal with a very close map zoom. This version fixes that, while also upping the mod's FPS to the standard of BFME1 Patch 1.06. To install it, download it here and run the installer.

If you haven't done so yet, make sure to download our BFME1 widescreen UI patch, which fixes the stretched interface experienced when playing the game on a widescreen resolution.

If you don't yet know how to enable widescreen in BFME1:

Thanks and have fun playing,
The Dwarf Holds Team & The3rdAge.net Staff